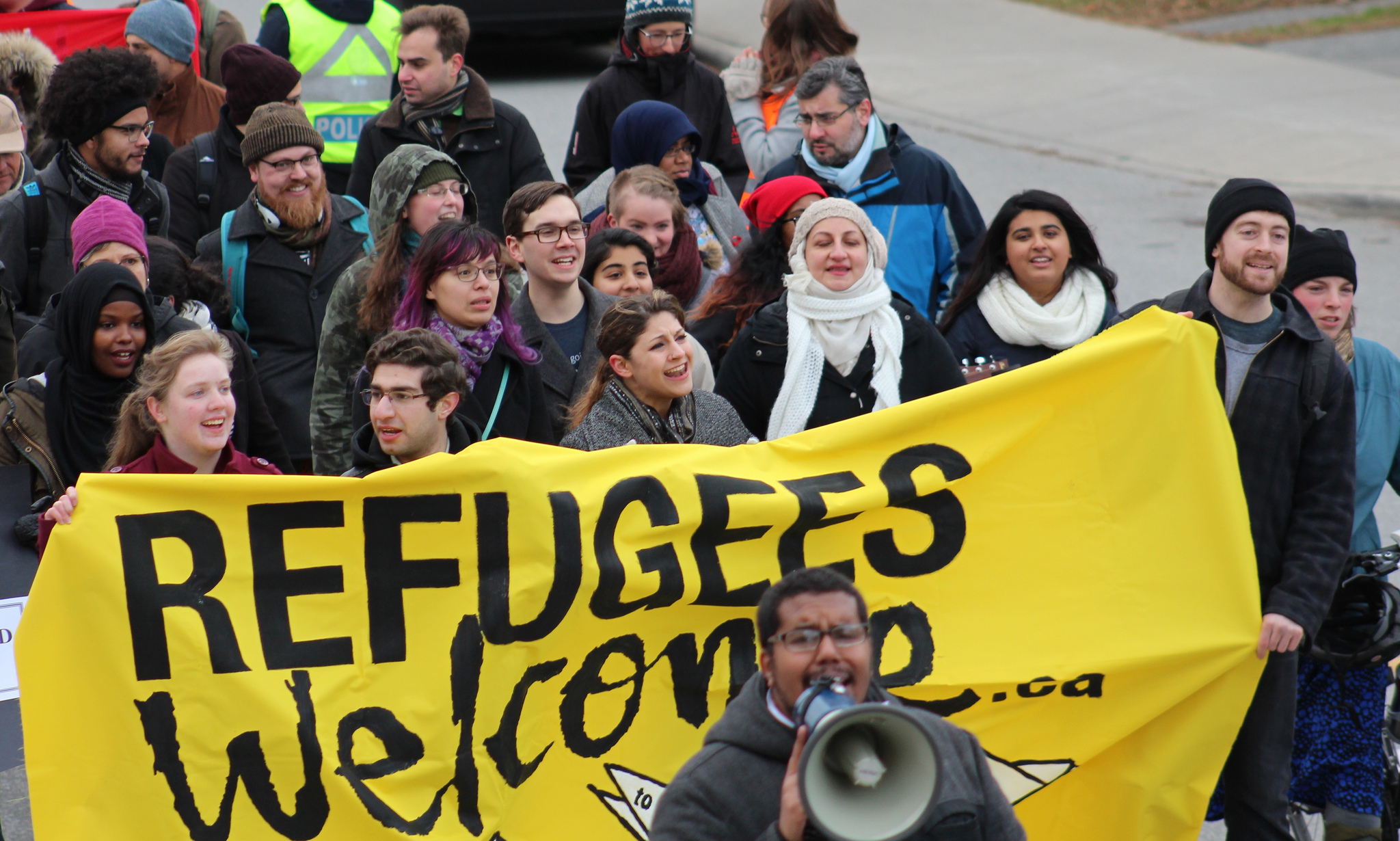 The photo of 2-year-old Aylan Kurdi lying face down on a Turkish beach in September started a massive outcry around the world, bringing the Syrian conflict, which has claimed more than 250,000 lives and counting, to the forefront in the news and on people’s minds. People worldwide showed their outrage at various governments’ feeble attempts to help refugees who, instead of successfully escaping persecution, were being found dead or washed up on foreign shores.

Canada, which has a reputation for its general leniency in accepting refugees, came under heavy criticism in the aftermath of Aylan’s death. Aylan’s family had applied for refugee status in Canada but their request was denied in June. Canada’s policies toward refugees are progressive, but this has not always been the case. Under the conservative rule of former Prime Minister Stephen Harper, the country accepted fewer refugees and many who did come found it hard to settle in the country. Harper’s policies were more stringent than previous Tory governments, who are traditionally viewed as less progressive on issues related to asylum and refugees. His policy was similar to World War II-era hostility, which turned European Jews away from Canadian shores. 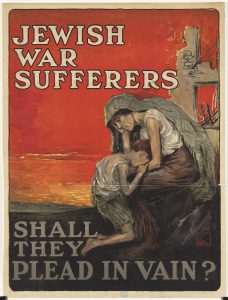 In 1939, Mackenzie King, prime minister at the time, rejected the plea of Jewish refugees trying to escape Nazi repression. In the aftermath of World War II, in which 6 million Jews were exterminated by the Nazi regime, Canada’s inaction toward the refugees prompted ethnic organizations, churches and other civil society groups to increase pressure on the government to revamp its policy. Canada then accepted a large number of asylum seekers from Western Europe, many of whom were Jews. However, as Ninette Kelley and Michael Trebilcock noted in The Making of the Mosaic: A History of Canadian Immigration Policy, racist and ideological issues remained entrenched in the refugee policy. “High priority was assigned to those of British origins, and very restrictive policies towards those from Asian, African and West Indians,” they write.

During the 1960s and the ’70s, the refugee and immigrant policy became far more open and inclusionary as immigration from Asian and African countries started to soar and the government issued white and green papers. The policy, however, was more driven by labor interests rather than race or ethnic identity. When Ugandan President Idi Amin expelled South Asians from his country in 1972, the Canadian government received praised for accepting many of those refugees.

Over the next few decades, immigrants and refugees coming from non-traditional sources in Asia and Africa stirred debate. (Britain and other Western European countries were considered traditional sources of immigration and refugee acceptance, compared with non-traditional nations, like India and Somalia.) The 9/11 attacks put Prime Minister Jean Chretien’s liberal government on the back foot and the immigration and refugee policy was reevaluated in light of security concerns. Nevertheless, refugee acceptance and immigration remained more or less robust. Under Harper’s conservative administration beginning in 2006, however, refugee policy began to reflect some of the more embarrassing periods in Canadian history. 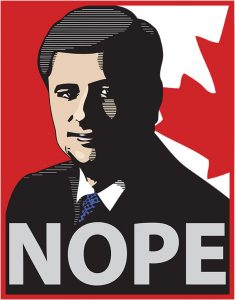 Over the past decade, immigration and refugee policy underwent significant transformation. Harper’s conservatives came down hard on asylum seekers, citing security fears in the post 9/11 era and criminal activity.

The arrival of Tamil refugees from war-torn Sri Lanka in 2010 was a case in point. Vic Toews, minister of public safety at the time, accused the refugees of harboring terrorists and criminals, and they were taken into custody upon arrival. “We are not terrorists,” some of the women wrote in a letter to the Toronto Star. “If you think we are terrorists, please consider this: Can the children, pregnant women and seniors who came with us be terrorists? No.” Harper’s conservatives then legislated a mandatory detention period for asylum seekers arriving without using proper channels, or “irregular arrivals.”

Another example of asylum seekers facing the brunt of the Harper administration’s antagonistic policies are the Roma, or Gypsies, a minority that has experienced much discrimination in parts of Europe. Jason Kenney, immigration minister at the time, was resolute in his opposition to the Roma’s asylum plea, saying they fled from places like the Czech Republic and Hungary and were not “conventional refugees.” “We can’t allow the systematic abuse of people who are basically coming to Canada as economic migrants, jumping the queue, by going through the backdoor of the asylum system,” he told CTV in 2009. This comment came on the back of Canada’s decision to place visa restrictions on Czech nationals to allegedly restrict the flow of Roma from there.

In recent years, Canada has been accused of racial discrimination toward the persecuted Roma. In July, a Canadian border official in Hungary detained Roma writer Eva Kalla when she attempted to fly to Canada to visit friends. She wasn’t seeking asylum.

“The woman asked me a series of questions: What the purpose of my trip was, how much money I had, who had paid for my airfare, and where I had gotten so much money. I explained I had no intention of immigrating to Canada. I had a job and my children in Hungary,” Kalla said. “I was treated like a criminal. They made me feel as if I had committed a serious crime. I am concerned that I was discriminated against based on my appearance, and that my intentions and the purpose of my travel were presumed based on such irrelevant factors.”

A York University study has challenged the Harper government’s assertions that Roma refugees who sought asylum were often making “bogus” claims. The authors concluded: “While hundreds succeeded with their refugee claims, most did not. Instead, they encountered racist rhetoric that drew on stereotypes about Roma being fraudsters, beggars, and criminals, and which presented Hungarian Romani refugee claimants as ‘bogus’.”

Most Romas interviewed for the study had withdrawn or abandoned their claims, with many saying they had lost hope or were disillusioned with the how Canadian authorities thought of them. Many Roma also did not think their application would pass the processing stage, saying antagonism in the Canadian media or from ministers like Kenney was proof enough their plea would not receive an unbiased review. The Roma also said living conditions in Canada were often dismal for them. Some reported concerns related to family: They abandoned their claims after learning that family members had been deported.

As with the Roma, Syrian refugees fleeing Bashar Assad’s regime also faced the brunt of restrictive policies while Harper was in power. The Conservative government agreed to take in 10,000 refugees between 2015 and 2018. Of these, the government said it would help 40% resettle while private sponsors would be responsible for the rest. By the end of Harper’s tenure in October 2015, only 2,500 refugees had been settled in Canada. In 2014, Canada fell from being the fifth most refugee-accepting country to 16th.

Harper confessed how terrible the Syrian tragedy was, but he still needed to score a political point, so he also asserted that he would not open up the refugee policy in case jihadis tried sneaking into Canada using that route. His administration also said that the best way to help those fleeing Syria was to continue to bomb that country, an initiative that is now 4 years old and has resulted in the conflict only intensifying further. 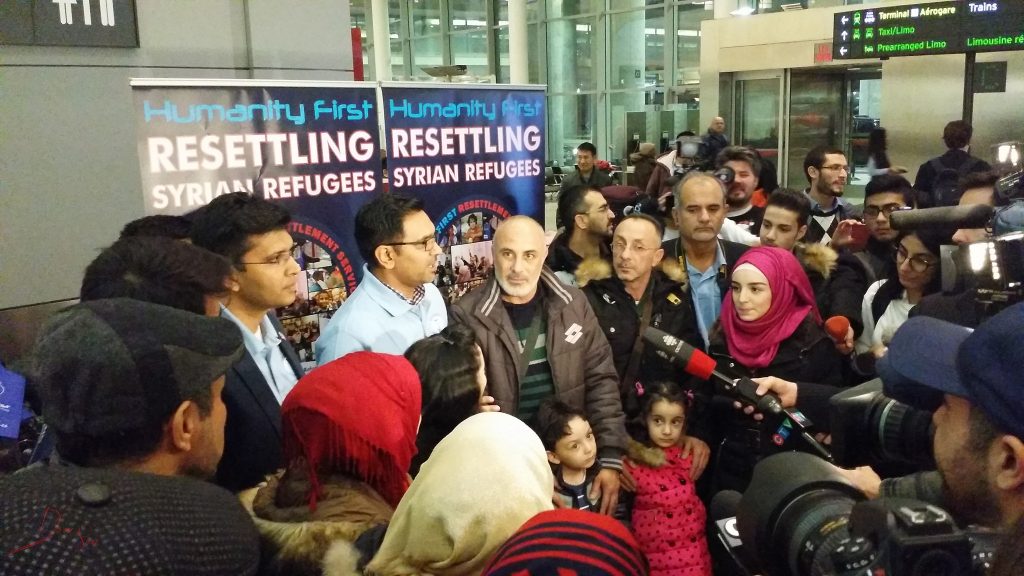 It took an international crisis and a 2-year-old boy lying dead on a beach to stir global emotions and force the Canadian government to go on the defensive. However, it’s important to remember that Canadian policy toward refugees has had a checkered history and not one that has always been open. Harper’s administration ushered in conservative immigration policies in the name of security.

But we’re now in a new era. Prime Minister Justin Trudeau, who took office in November, asserted that he would accept 25,000 refugees by the end of February 2016. On December 10, the first group of refugees under Trudeau’s leadership arrived, with the prime minister himself attending the occasion. As of this writing, massive efforts are underway to meet the government’s deadline of taking in 10,000 refugees by year’s end. The new government’s action has generally received positive reaction, gaining wide praise domestically and abroad.

In the immediate aftermath of the Paris attacks in November, a poll found that most Canadians were against fast-tracking refugees into their country. However, the attacks have not proven to be divisive in determining policy toward refugees in Canada, as they have in the U.S. and across Europe. 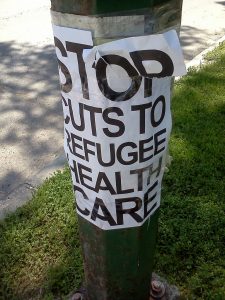 “It might have saved a few dollars for the federal government, but people who are really sick don’t just die in the streets,” McCallum told Rabble. “They go to the emergency [rooms] and hospitals, and the cost of that is greater than the cost of what they would have received alternatively. … It was economically foolish.”

However, the government’s plan is not without its faults.

The government said unaccompanied or single men will not be part of Canada’s resettlement plan. The Guardian reports that former opposition leader Thomas Mulcair criticized this plan, saying: “Will a young man who lost both parents be excluded from the refugee program? Will a gay man who is escaping persecution be excluded? Will a widower who is fleeing D’aesh after having seen his family killed be excluded?”

This policy seeks to address the fear that any one of these young single males could be a risk to national security, a calculated move in light of the Paris attacks. Nonetheless, the policy risks regurgitating old stereotypes about young men from Muslim nations being the top security threat to the West. Also, men of fighting age are most at risk of being kidnapped, killed or tortured during times of war.

Trudeau’s more progressive overtures toward the refugee issue is seen as an attempt to restore what some say is Canada’s standing in the world as a tolerant and compassionate nation. So far, his government has received wide praise for its policies, a departure from his predecessor’s conservative approach.

Yet policies like excluding a group of asylum seekers who face the most risk in the Syrian conflict and who, according to multiple studies, are most likely to positively contribute to the economy of their host country show that Canada remains plagued by fear. “[D]eveloped nations with plentiful employment opportunities that can effectively bear the steep upfront costs associated with getting refugees on their feet could potentially benefit economically from opening their borders,” US News reports.

Without discarding its shortcomings in an environment where Islamophobia and anti-refugee sentiment is rampant, the current government has set a good precedent. Other Western states would be wise to follow Trudeau’s initiative if they plan to convince the world they are inclusive of all — a claim many European and American leaders often pride themselves on.