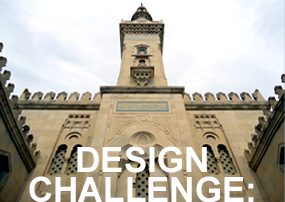 Part of the timovation challenge. Judge’s response: “Irfan’s essay imagines what a mosque of 20 years in America can look like.”

It’s a few decades from now.  The United States of America, as well as the rest of the world is a very different place. Whites are now the in the minority and Spanish is the second official language of the US after English.  Islam has overtaken Christianity as the most followed religion in the world.  That brings us to the Mosques of today.  No longer are they just a place for daily prayers, Jummah (Friday) congregational prayers and Ramadan iftaars as they were in the past. Today the mosque is much more a part of the overall community, just as the Church was in the past, used for public gatherings, voting in elections, emergency shelters and town hall meetings. And here in Silicon Valley – the hub of technology and innovation, the Mosque is also considered a “high-tech” facility.

The Silicon Valley mosque (SVM) has a large multi-media room with theater-style seating where documentaries and other films are screened, but also popular sporting events such as the World Cup Soccer matches, International Cricket Tournaments as well as the Super Bowl – which now includes international “American football” teams in Toronto, London, UAE and Afghanistan.

Of course the SVM will also be a Wi-Fi hot spot with its own “Sattar Buksh” café inside. It will be open to the general public and will be used by students as well as professionals alike.  The revenue from the café as well as the high-end 5 star Halal Restaurant next door will help to fund the mosque operations. In today’s world there are very few people who actually work in offices with cubes anymore.  Everything is done remotely pretty much.  Except prayers, which although are streamed online through the mosque’s built-in video recording system operated automatically by computer (but still monitored by humans), which still need to be performed in person and in congregation at the mosque.

There is no separate room or “back entrance” for Women.  There is only one large prayer space which both men and women can use, although the men pray in the front area and the women pray behind them in keeping with the tradition of the Prophet Muhammad (S), who also did not have any walls separating the men and women at his mosque in Medina in the 7th Century.

The Board of Directors of the SVM is made up of Men, Women, Youth, Seniors and not only American Muslims, but also Muslims from different sects such as Shia, Sunni, Sufi, Salafi as well as people of other faith and no faith as well – so that everyone can give their input on the Mosque activities and programs which the whole community can use.  There is also a representative of the LGBT community, because in today’s world, especially in Silicon Valley, everyone is treated respectfully and with dignity even if we may not agree with them. Whenever the SVM holds an event it is always open to the general public and in fact the board of directors makes sure to invite their neighbors and people’s of other faith as well.  Everyone is always welcome to attend any program at the SVM and are just required to take off their shoes and wear modest clothing when entering the actual prayer area.

There is no more facebook in today’s world (it got bought out by Google, so now there is only “Google-book”), but social media tools, such as Twitter are still very important for the mosque to get the word out about their events. There is no more “mainstream media” as every organization now streams its own news and events over the internet.  The SVM is no different in this regard and all its activities, speeches and programs are live streamed for public consumption.

The SVM complex will also include a shelter for the homeless and also a place of refuge for those who are travelling.  In the past, Mosques around the world were stops for travelers who needed a place to stay for the night, make up their missed prayers and also get something to eat.  In today’s world we still have travelers as well as many people who are homeless and/or need a place to stay in an emergency. The shelter will also have a kitchen with a hot meal available for anyone who needs it at least three times a week.  This would be free and open to anyone, no matter their religion or lack of faith, because as the Prophet Muhammad (S) said, if you go to sleep at night and your neighbor is hungry, then you are not really a believer (in Islam).

Also in the SVM complex is a women’s shelter and orphanage building. Even though in today’s world most people are progressive in their thinking, there are still those who abuse their power over those who are physically weaker than them. It is the duty of the Muslim to help and take care of women and children in need, no matter their religion. In the past Muslims built many mosques with schools, but very few shelters and orphanages.  Even in today’s world there are a few around which are run by Muslims, so the SVM decided to build these as part of their larger complex.

Naturally there is a free medical clinic, open for anyone in the neighborhood to use in the SVM complex. Although the United States finally joined the rest of the “First World” and accepted free universal health care for all its citizens only 10 years ago in 2054, many people, especially Muslims prefer to get their medical treatment from the Muslim Clinic at the SVM. This is mainly due to the fact that some of the best doctors in the world still happen to be Muslim.  And also the lines are a bit shorter at the mosque than at the government run medical clinics.

The SVM has a separate community center building which can be used as a gym, basketball court, indoor tennis court and there is also an indoor swimming pool – which can also be closed off so women can use it in private if they wish to do so.  Of course the multi-purpose room can be used as a banquet hall which people can rent out for weddings and other such parties.  Music and dancing in the community center is OK, because even the Prophet Muhammad (S) allowed the dancing of the Abyssinians inside the mosque on the day of Eid and also music to be played on festive occasions such as weddings.

The Architecture of the SVM is actually pretty modern, in the sense that it blends in with the local community and does not look like a traditional mosque with a dome and minaret.  Instead it has a sleek and modern look with a hint of Islamic architecture such as stainless steel sun shades with geometric patterns which create a nice shadow on the interior walls and floors of the building throughout the day.

The SVM has a modern kitchen with a large island and commercial grade stove top and hood in the center of the room, which can be used for cooking classes and demonstrations – of course these would be open to the general public as well.  Built-in cameras can also broadcast these and other classes to the SVM YouTube channel.

Of course the SVM, like most other mosques and organizations in the Bay Area have their own app, which people can download for free.  It sends updates to your phone for community events and programs at the Mosque.   You can also find out when SVM plans to start Ramadan or Eid, because even though there is now a globally accepted Islamic calendar, the SVM believes in keeping some ancient traditions of Islam alive and waits for an actual human being to verify the new moon has been born via a naked eye sighting.  Crazy, I know!

In today’s world solar power is standard, so the mosque is equipped with the latest solar panel technology on the roof and special panel tiles on the exterior walls which also collect solar energy throughout the day. Since this is Silicon Valley we have sunshine 300 days out of the 365 day year so a lot of stored energy is collected by the SVM and is used to power their whole facility and all it’s equipment without much problems.

The Wudu area is also very modern with no wastage of water.  They grey water is recycled and used to irrigate the landscaping outside of the mosque.  There are automatic wudu stations where members of the congregation can stand or sit at and the machine will automatically wash their arms and feet without much difficulty and there is an air dryer in the machine as well, so after you are done you can quickly get dried off before leaving the wudu station to do your prayers. This helps to reduce water spillage and standing water on the floors which can lead to mold and accidents.  Of course the toilets are all equipped with computer controlled bidets (made in Japan) with heated seats and a self-cleaning mechanism.

We don’t have flying cars yet, but most cars are “self-driving” and totally electric (Google took over Tesla as well) these days, so the parking lot of the SVM is outfitted with electric car rechargers at almost every parking spot.  And there are a couple of regular parking spots for those who are still clinging to the past and using gas powered vehicles.  When the parking lot is full, the computer-controlled cars are instructed to go back home or work and them come back to pick up their “owners” once Jummah or the particular mosque event is completed.  No more double-parking and blocking neighbor’s driveways by the Muslims, Yay!

Another interesting Architectural feature of the SVM are the fabric covered acoustical ceiling panels which are angled in such a way as to direct the sound from the Imam’s voice to the audience sitting on the floor.  These ceiling panels are computer controlled and automatically adjust the angles and positions of the panels depending on the size of the audience inside the mosque for the best sound quality.  No more interruptions by one or two mosque board members and another volunteer standing up in the middle of a talk and trying to manually adjust the sound system and in turn causes a large feedback noise in the process!  It is all done automatically by computer now (but still has a manual override just in case)!

Lastly, and some may say most important, during the Khutbah (sermon) and congregational prayers, the SVM will send out an E1 level electromagnetic pulse to disable cell phones, so as to eliminate those annoying cell phone rings during prayers, which still happen even in today’s world!  Of course cell phone service will be revived immediately after the prayer service has been completed, so don’t worry about that.  For those members of the congregation who prefer to manually quiet their phones, there is a “MosqueMode” app which automatically shuts off your cell phone once you enter into the prayer space and then turns it back on 30 minutes after the congregational prayer time is completed.  We don’t want to keep people away from their phones, which is still a problem in today’s world!

Irfan has a blog about Architecture on Patheos.com and was nominated for a Brass Crescent Award for his blog post titled “Top 10 ways on how NOT to build a Mosque in America” which you can read here. 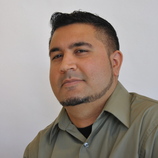