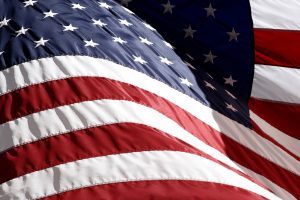 “Where were you on 9/11?” This question has become ritual, particularly on the anniversary of the terror attacks that permanently changed the American imagination and the national security state. However, this question has a distinct resonance with Muslim Americans — who are not only able to recount the events of that day in play-by-play fashion, but also the episodes of fear that raced through their minds before, during and after the horrific attacks of September 11, 2001.

For Americans, 9/11 and the memories it spawns are centered around a narrative of individual and collective victimhood. However, for Muslim Americans, reconstructing the events of that day combined with the (imagined and realized) backlash manifest a simultaneous experience of denied victimhood and presumed culpability: a state of being that has come to define Muslim American identity today, 15 years after the largest terror attack on American soil.

“Please don’t be Muslim,” is what every Muslim American thought as they took in the horrific scenes from New York City and Washington, D.C. Beyond that fateful morning 15 years ago today, this very thought has raced through the individual and collective psyche of Muslim Americans every time an incident of mass terror unfolds: whether in American schools and hospitals, movie theaters and places of worship, and indeed, those mortifying incidents [1] involving a Muslim culprit.

If the culprit is considered one of us, and even on occasions when the culprit is not a Muslim [2], the already precarious protections of citizenship will be forced to withstand the “shared rage” [3] of societal and state-sponsored backlash.

While Islam was associated with terror and threat long before 9/11 [4], the events of that day, and the creation of the Department of Homeland Security and passage of the USA PATRIOT ACT after it, bolstered that nexus. In turn, exposing 8 million Muslim Americans and groups wrongly stereotyped as Muslims to the immediate hostility of hatemongers, and 15 years later, an expanding surveillance state that links Muslim identity to presumptive “radicalization.” Capped by a presidential candidate who has built a campaign on the back of “Muslim bans” and the apocalyptic “clash of civilizations” rhetoric pitting Islam against America [5].

More than the lead orchestrator of Islamophobia, Donald Trump and his campaign must also be framed as a delayed form of post-9/11 backlash. Their very rise is rooted in the anti-Muslim hatemongering seeded by media vilification of Muslims that saturated television, radio and newsprint for 15 years, and the robust anti-terror state that sprouted in the wake of 9/11. Trump is not merely a conductor of American Islamophobia, but a capitalist reaping great political profit from the post-9/11 market of fear, suspicion and hysteria.

During the previous decade, dubbed by many as the “9/11 Decade,” [6] Muslim Americans could not imagine a more nefarious figure than George W. Bush. However, a protracting surveillance state, rising hate violence [7] toward Muslims, and a Republican nominee whose blatant hatred and strident policy proposals makes the one-time archetype of Islamophobia, Bush, look tame.

Fifteen years after 9/11, what was then unimaginable is today a stark reality: conditions for Muslim Americans are worse, with even greater perils looming on the horizon. On the one hand, many Muslims still wave flags to compensate for their faith, or seek to cover their skin with apologetic politics. On the other hand, a swelling segment of Muslims reject narrow demonstrations of nationalism in favor of the civil liberties enshrined in the Constitution. Being Muslim American, according to the letter of our highest laws, requires no dog-and-pony show, but very simply, just being.

Despite it all, Muslim Americans will mourn and remember 9/11 with their fellow citizens. Yet, unlike their non-Muslim peers, Sunday’s moments of reflections will be interrupted by demands to condemn, apologize, prove their American bona fides and momentarily set aside the distinct feelings of Muslim American pain and fear while the rest of the country grieves. Over and again.

These are the motions that characterize being Muslim in America today, 15 years after the 9/11 terror attacks. Which are eerily identical to the motions every Muslim American experienced on that day. We remember where we were on 9/11, but are more fearful with where we stand today.