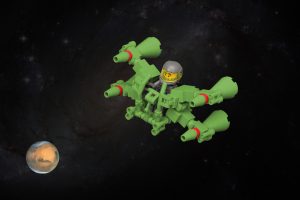 They make us arrive really early at the airport. They’ve turned our terminals into their victory mosques, forcing us to march barefoot, with arms upraised, through radioactive, carcinogenic or far too intimate machines. They frighten armed white Americans. They refuse to accept being bombed, oppressed, attacked or insulted. They try to impose Shariah in Oklahoma, keystone of the modern American economy, anchor of the free world. They flee wars rather than die in them. They have the audacity to seek asylum from armed gangs that we regret funding. 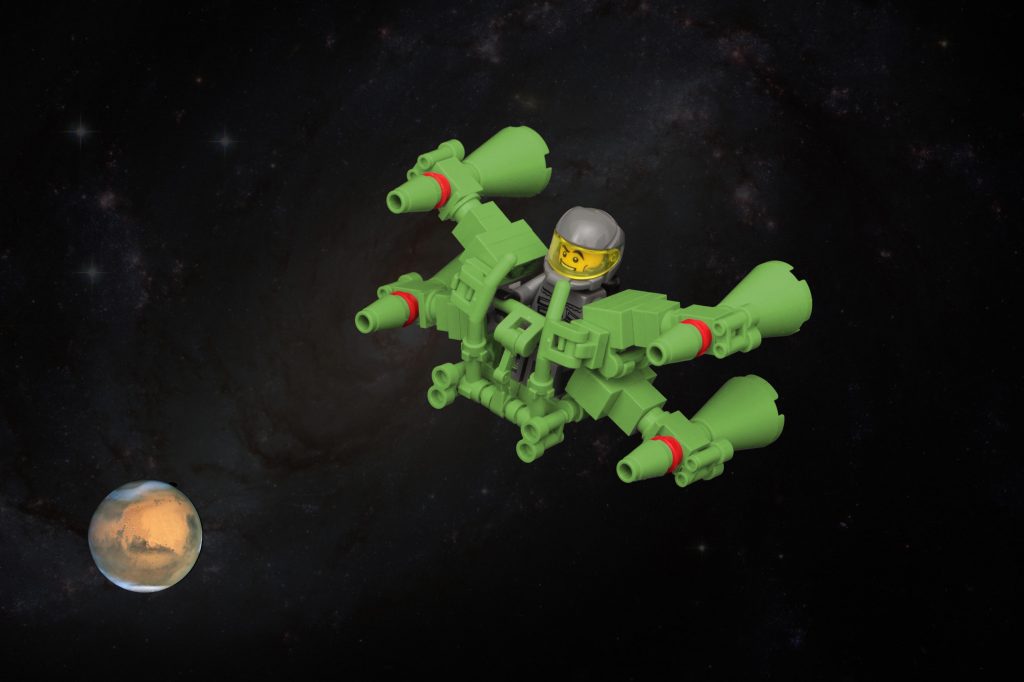 They are overly fond of Toyota pickups, though American alternatives are superior. Some of them turn to violence, and that violence can be terrible. Those who don’t turn to violence will eventually. It’s a matter of when. Not if. They’re ticking time bombs, beginning young, bringing them to school and claiming they’re clocks. They hide jihadist camps inside cemeteries. And we haven’t even arrived at their greatest enormity. Young men from all over the world travel to Syria and Iraq to build an expansionist Caliphate. They rape, pillage and enslave.

They blow up their own mosques, and then complain when they can’t build minarets in other countries.

They’re Muslims. And they are the problem of our time. Distracting us from what should be the problems of our times. Instead of attending to systemic, long-term challenges like climate change and income inequality, for example, otherwise companionable powers like Russia and America are drawn into conflict zones like Syria, and the fighting could escalate into nuclear war and kill large numbers of people. Many of them not Muslim. Nuclear war is bad. Anything that causes nuclear war is bad. Therefore Muslims are bad. The logic is unassailable. But the solutions unsatisfying. We’ve invaded some of their countries. We’ve killed some of their leaders. There seems to be little chance, however, that they’ll convert to Christianity. Even if they did, would they be the right kind of Christian?

The challenge is not to imagine, as Graham Fuller once suggested, a world without Islam. Because so long as there are Muslims, there will be some kind of Islam. Therefore there will be some kind of problem. Nor does that really get at the heart of the problem, the truth we keep circling, nay circumambulating, without ever acknowledging. We face it without naming it. Even without Islam, (former) Muslims will be a problem: What kind of people, after all, fall for an inferior religion unless they’re inferior themselves? Not just some of them. All of them. If the chicken is Islam, Muslims are the egg. That makes about as much sense as most of their Friday sermons, which are always overtime, and the shoe racks are fire hazards, and fire is bad. Therefore Muslims are bad.

You see, clearly, where I am going with this.

The great need of our age is a solution not to Islam, but to Muslims. All 1.6 billion of them. Before they cross the 2 billion mark, at least. But don’t think I mean we kill them off! Genocide is against our values. Given, however, their typical response to invasions, profiling or even criticism, it is unlikely that Muslims would, say, willingly offer themselves up as a protein source. But we must find a solution. Soon. Because by the time they start showing up in Reykjavik, that means there will be no safe spaces left, no industrial society unpolluted by their ways and means and spices, no 21st-century democracy not incubating a seventh-century theocracy. Therefore I present for your consideration and deliberation this modest proposal.

That we send Muslims to Mars. Half of them, precisely.

Muslim men, that is. All of them, including those descended from them (sorry, Aziz Ansari, but thank you for Modern Romance). We shall provide these 800 million persons with free transport off Earth and to the Red (Green) Planet, on ships stocked with ample halal foodstuff, hummus, shisha, biryani, chicken tikka masala, maybe a halal pepperoni pizza from Pizza Hut to entice them, and some basic requirements for Muslim life, such as pickup-style Martian rovers, living modules (tents) and interplanetary compasses to determine the direction of Mecca, light arms and TOW anti-tank missiles, but no surface-to-air missiles, because in the thinness of the Martian atmosphere, we’re not really sure how far they might fly, and we don’t want them to pulverize Phoebes, create a debris cloud, kill off George Clooney, give Sandra Bullock her groove back, or otherwise threaten Earth with jihad from the heavens above.

Moreover, this is a decidedly pacific solution. Sure, Muslim men will all die on Mars, but we won’t have killed them. The planet will have. And whose fault is it that a planet exists on which people cannot live? We shall leave the theological concerns to the religious scholars, who will need new fatwa topics to keep themselves busy anyway.

We will be busy, too. All great nations of the world shall join hands in this ecumenical crusade, worthy of full-on, nine-hour-long Peter Jacksonian sexpartite treatment, but we should not actually release the movie series. We may not want to keep too many records just in case our descendants turn soft and overly sensitive and feel guilty about our zealousness in defense of liberty, just like hipsters feel bad about Native Americans but move everywhere they want across formerly Native American lands and drive up rents for the currently indigenous. They’ll feel bad anyhow. Not the hipsters, who are hairy like Muslims. Our descendants, I mean. Because they will be able to afford decadence. With Muslim men gone, the last great predator will have been eliminated from Earth. Wolf will lie with sheep because, as you’ve no doubt noted in reading Biblical prophecy, there will be no Muslims left to prevent just such a thing from happening.

But why only Muslim men?

We cannot risk the chance of Muslims breeding, and thereafter their descendants living long enough to industrialize. Already one of their countries figured out the nuclear thing. By separating Muslim men from women, we deny them the chance to reproduce their genes without being improved by old Canadian or other stock; by separating Muslim men from women, we let an inferior gene pool die out. (They’re the ones who picked Islam, remember? We are merely squaring the circle.) We will not kill them, but that does not absolve us from making sure they cannot build colonies on Mars that one day may come back to have their revenge, nor does it absolve us from improving the remaining Muslim population — Muslim women will have only non-Muslim men to breed with. Everyone knows Islam travels through the father. Remember Barack Hussain Obama?

The absence of any such fathers will cut Islam’s earthly story off. (We will also have to deport Barack Obama. On the upside, Mr. President: At least you only have daughters.) The absence of Muslim men, it should be noted, will be greatly liberating for Muslim women as well. Finally every mosque will be a woman-friendly, or even woman-acknowledging, mosque. This modest proposal, if I am immodest, is so good, so perfect, so impervious to refutation, that it seems in fact too good to be true. Of course, though, you would ask: Why would Muslim men go along?

A: Because their religion compels them to!

Because Islam worships death, the moon god, or a non-Judeo-Christian God, Muslim men will eagerly embrace the chance to land on Mars, fighting and dying for a meaningfully sovereign, Muslim-only, Shariah-compliant zone, either succeeding or passing on to their 72 virgins (as well as breathable atmosphere, flowing water and other greeneries, all of which puts heaven decidedly above the fourth planet on the desirability scale). Muslim men will live out the last chapter of their history in glory.

Meanwhile, Earthbound scientists will have the chance to observe humans in a new environment and, after all Muslim males move on, they can review the data and have that much better sense of what it will take to colonize a planet, which though a valuable knowledge set, may, in fairness, never be needed. Columbus sailed the ocean blue to break the Muslim stranglehold on world trade. What use will there be voyaging to new shores absent Islam? With the deportation of Muslim men, Earth’s warming will slow significantly. There will be more room for everyday activities, especially in Russia and Eastern Europe, whose catastrophic demographic implosion will be far less worrying without the scary contrast provided by robust Muslim fertility. Muslim women, freed from Muslim male oppression (or, more briefly, “Muslim men”), will be able to live out the last days of Islam by sitting at the front of the mosque. There will be no need for veils, headscarves or burqas, and no need for France to betray its secular values, or Canada to conduct elections based on secondary issues, or Ben Carson to get donations, or Stephen Harper to ever come back into office. Is it not a brilliant idea? Is it not an idea long overdue? Is it not perfect?

Is there any threat to the world Muslim men are urged to leave behind, or on the world to which they will allegedly safely arrive?

One might wonder why Muslim men would voluntarily board aircraft built in other nations, to travel away from all known nations. This is a nonissue. Many Muslim men already happily use weapons manufactured in countries whose agendas they oppose in order to slaughter each other, or us. Muslim men are used to chanting “death to America” or “death to Russia” while firing into the air ammunition made in America or Russia. Would a spacecraft be so different? If their spacecraft breaks up as it leaves Earth, Muslim men will fall harmlessly to the sea. Being a desert people, they will be unable to swim, but their religion teaches that drowning may result in martyrdom, for which reason they should be greatly pleased.

If their hegira to Mars succeeds, there is little need for concern. Given that Muslims historically have never invented any weapons of mass destruction, have not pioneered or sustained meaningful industrialization, and are arrested for the least bit of technical curiosity, their presence on Mars cannot produce societies different from their largely failed attempts at social organization and political development here on Earth. Since Muslims possess no amphibian DNA, it is also unlikely any of these entirely male exiles will switch genders and thus enable reproduction. Instead they will struggle, perhaps form some emirate, wilayat, Islamic Republic, or even another Caliphate, and so on and so forth, but eventually and inevitably they will starve, kill each other off, freeze, bleed out or otherwise die. It’s hard to see a downside here.

In fact, one might say this has been prophesied, in sacred literature as we have mentioned, and secular literature too. Fans of science fiction know there are no Muslims in the United Federation of Planets. That’s why there was a Federation in the first place: The peoples of a united Earth knew what needed to be done. Maybe that’s what united them, and not the silly Vulcan story. Maybe that’s the real reason they built warp drive. Not to boldly go, but to quickly get them out and away. Which is what is demanded of us today, a sensible, reasonable, moral and comprehensive solution to a problem too great and too urgent to be ignored. Let them board the spacecraft that take them to Mars. Let them live briefly there. Let them prosper as they define prosperity. Let them be free to be themselves. Leave us be. At great cost, yes, but with huge benefit. Without people different from us, we’d have no cause for bigotry, racism or phobia. Without Muslims, the world will be at peace.

Since there have been no historic or recent instances of conflict involving non-Muslim peoples or powers, we can expect an unprecedented era of harmony and prosperity.