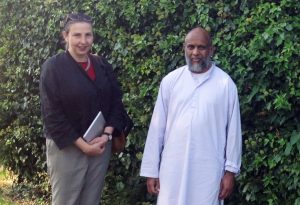 An interview with Carla Power

Carla Power is an American journalist, author and professed secular humanist. She recently wrote If the Oceans were Ink: An unlikely friendship and a journey to the heart of the Quran, a memoir of her year spent reading and debating the Quran with Sheikh Mohammad Akram Nadwi, who lives in England. The Islamic Monthly’s Souheila Al-Jadda recently spoke with her about her work and its impact on her life and worldview. 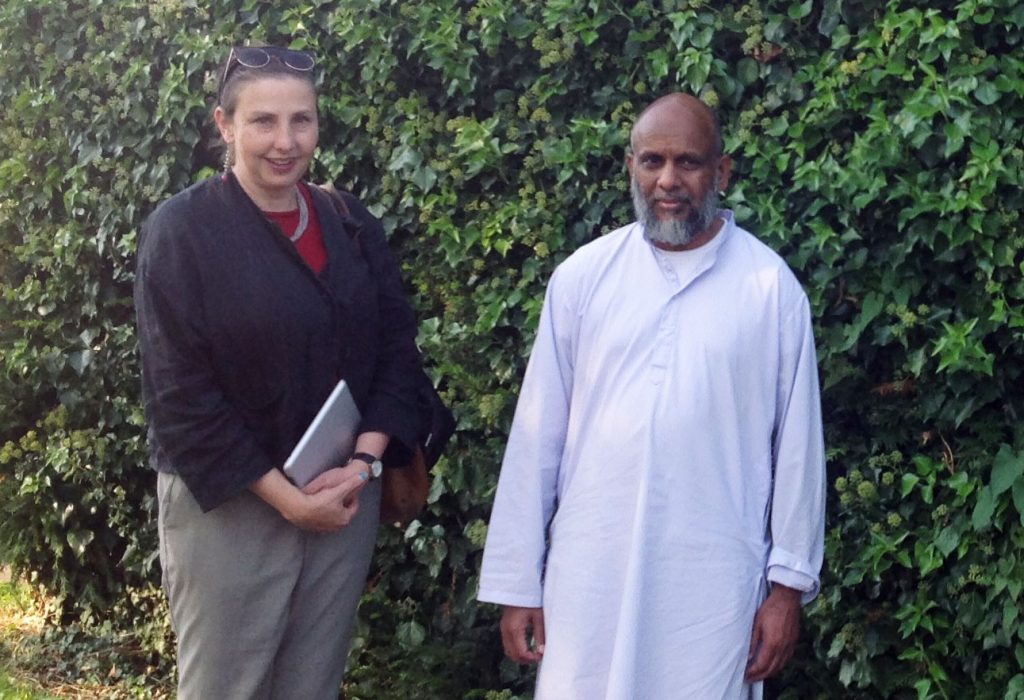 What inspired you to learn the Quran with this particular sheikh?

I wouldn’t say “learn the Quran” because that would be presumptuous. But to read and debate particular issues with the sheikh is probably closer to the point. I’d written on Muslims and Islamic societies for about 17 years as a journalist. … For all my study and thinking and having covered it, I realized that I didn’t know what animated the worldview I was trying to cover, or the worldviews. An editor had never asked me to read the Quran or find out what folks thought about the Quran and how it animated anything from terrorism to the hijab debate to migration to the rise of American Muslim identity. The coverage, at least in the places I covered, very much focused on events. Muslims were people who did things, whether it was to run for Congress or build a mosque. I felt slightly embarrassed that I had never really tried to immerse myself in, as it turns out, one Muslim’s worldview. I know there are many. And [I] really tried to understand how the Quran and Hadeeth animated his life.

I do. I do. I felt as though I only scraped the surface. One of the things that absolutely turned my world upside down was to spend so much time with somebody who really was living, is living, a God-centered life. It really threw my own worldview into relief. I’d been raised like most American kids to think of myself, not necessarily first, but myself at the center of my world. To watch the sheikh raise his six daughters, and try to live his own life with a mindfulness of being [in] a God-centered world was a real revelation for me. I was just astonished to see his humility in the face of his great gifts and his great accomplishments, and genuinely believing that this is down to God and not to him. Living a God-centered life could almost be invoked as a cliché, but with the sheikh, it never was. It was really quite something to witness up close.

What surprised you most about what you learned or what you debated with the sheikh?

I guess I was amazed at how my own coordinates of what is conservative or liberal or what is accepting and open and what isn’t had to really slide. I really had to explode those ideas of what the spectrum is. When I first started out, I went to see another professor of Islam at Cambridge and I said, “I don’t really understand, the sheikh is such a great proponent of women’s rights, and he very much sees hellfire as a very literal thing. I can’t quite place him. Where does he sit in the Muslim community?”

And the professor said, “Look, there is no spectrum, don’t impose a Western blueprint for the sheikh’s thinking. You can’t map out a thinking from a left to right or conservative to liberal scale. It’s just imposing your own worldview on somebody else’s.” 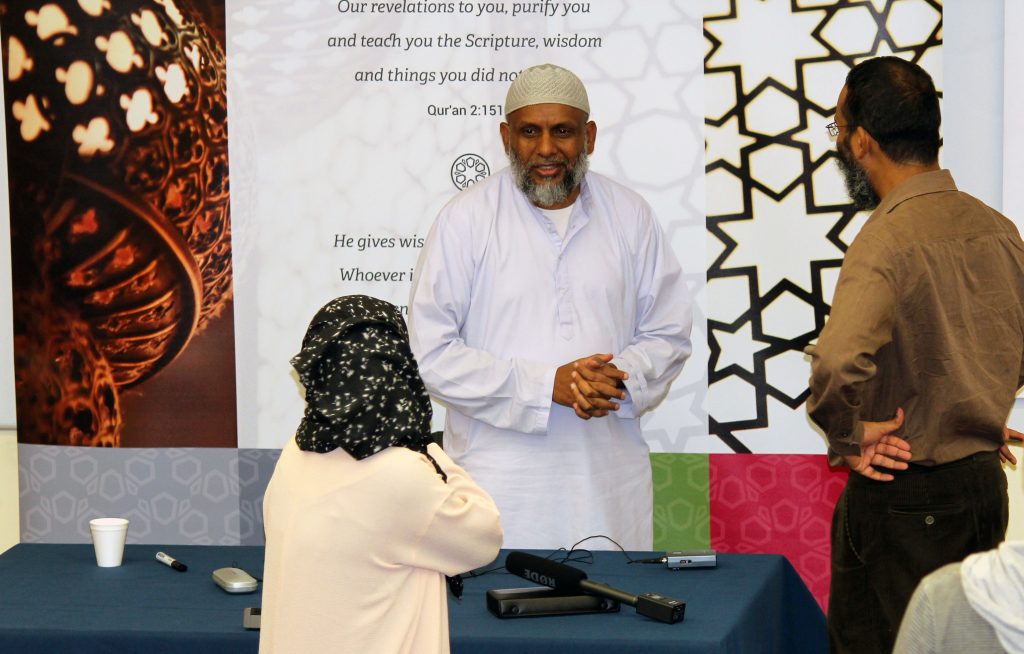 The sheikh takes one-on-one questions from students at breaks in his lectures. >Photo courtesy of Cambridge Islamic College

At some points in your journey — and you touched upon this about how you can’t impose your Western ideas on him — you talk about how you feel sort of deflated about some of his ideas, you feel disappointed by the explanations given by the sheikh about certain hot topics like homosexuality. And you do go into issues that many Westerners deem controversial like polygamy and the idea of jihad. Has your year of learning with him changed some of your outlooks/positions as someone who is very secular? You’ve been covering the Middle East for a long time so you already know a lot about these issues.

He helped me understand the context for why people would support certain issues. He made think again about how [little time has passed] since the West [gave] women their rights. Women couldn’t vote in Switzerland until 1970 or something, 1971. This whole high horse that we can get on about give universal suffrage and give women equal rights, it’s not there yet, anywhere. He sort of turned around the telescope for me and made me see things. I don’t think he absolutely changed my mind on anything, except to see the beauty of a God-centered life and to really see how extraordinary a life one can lead when [one] does one’s best to live it full of taqwa [God consciousness]. He certainly revised a good deal of what seemed to me important in Islam. I had been so focusing, like so many people, focusing on political issues and outward issues. He very much shifted that and made me see that the outward signs of piety mean nothing if you don’t have inner piety. And the obsession with setting up an Islamic system of government or with veils or with beards is pretty much beside the point, in his view, if it is not being [followed] by folks who are really pious. So that completely revised my sense as a journalist, who of course covers stock and trade, these outer manifestations. You don’t see news stories about people’s inner, spiritual life. So that was a revision.

The most exciting thing was watching him change his mind about something and it wasn’t because of me, it was because [of] two very brilliant students he had. He revised his views on child marriage. That was a really extraordinary moment. These were two young women, one of whom studied physics and then Islamic medieval thought. And the other is a doctor who had seen the fallout from child marriage out in the field. She had done a lot of fieldwork in Kenya and, I believe, Zambia. They came to class and argued and argued and argued. They said, “look, this cannot be just if this is a religion of justice and kindness. This is causing a huge amount of suffering for Muslim women and their children.” The sheikh went back and looked through classical texts and found an eighth-century scholar who came up with a fatwa saying that child marriage is not something he supported because it took away a woman’s choice, basically, to choose her husband. To his credit, he walked into class the next week, and said, “I have something to say, I have changed my mind. These young women have argued their case and I am revising my position.” Which takes guts for any professor, I think. 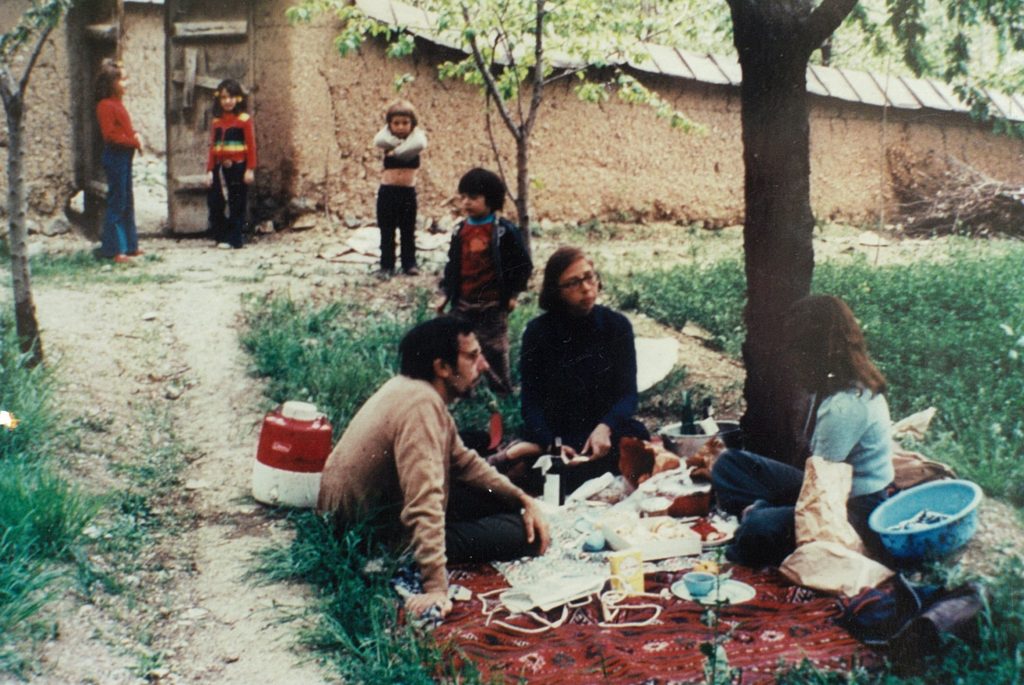 Powers spent her childhood years in the Middle East and Asia. Here are her parents, Richard and Helen Power, in a walled garden in Tehran, Iran. Carla’s younger brother Nick stands with his arms crossed and Carla is standing on the left side of the door. >Photo courtesy of Carla Power

There is a pervasive theme in your story about connection and the need to make connection, whether with religion, God, or art or with other people. You approach it with the idea that connection with people is really important, and toward the end, you are almost thrust into a Jewish ritual as result of what happens to your mother and his mother. (Carla’s mother and the sheikh’s mother passed away at around the same time.) Do you feel you have made a reconnection with your own Jewish upbringing, history and culture?

I did at that particular moment. It was very, very comforting for me to say the Kadish and to be around my mom’s friends, many of whom happen to be Jewish. But I remain shamefully ignorant of my Jewish heritage and shamefully ignorant of my Quaker heritage. I think I’ve gained new respect for religious sentiment of all kinds. And have seen the beauty of that. I am still sadly very much a cultural Jew rather than connecting with it on any deeper level. Although I have to say, this year, for the first time, my children went to Passover and they were very excited about it. So who knows what the future holds for us?

When you have children, and you mentioned them a couple times in the book, everything changes. In your book you mention how a couple times, you took them with you to the mosque or the sheikh’s house. How you did you talk to them about what you were doing and about religion in general?

I talk to them about how I thought it was really important that we try to understand other cultures and other faiths. That I thought the sheikh was a great man and a good friend, and that I was trying to understand his outlook. They get that. We put a lot of emphasis on traveling and seeing things from other people’s point of view in our household. It was a sort of an extension of other things they have done earlier. I get very cranky with them if they don’t try to see it from the other guy’s point of view.

One thing about your book that stuck with me was that you described reading the Quran as if you are traveling into the desert in a caravan with the sheikh. I loved that imagery. I thought perhaps she has been affected by the poetry, the cadence and the images of the Quran in her own writing?

I would never, never hope to touch that. The sheikh is such a great fan of poetry. I read [Pakistani poet Muhammad] Iqbal’s journey of the desert — I don’t know what it’s called — but it’s about going into the desert on Hajj or Umrah. I definitely sometimes thought of us as a little caravan and getting lost and then finding ourselves.

You mention about how you were thinking about titling the book Reading the Quran at Starbucks. So I was just curious, what is your favorite Starbucks drink, in case someone wanted to buy it for you?

Let’s see. I can’t get into the new-fangled thing. I’m a straight up old-fashioned skinny cappuccino kind of girl. And anybody that serves masala chai, I am very happy to sit down with.