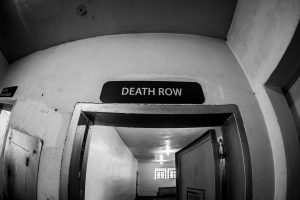 The execution on February 7 of a Muslim on Alabama’s death row raises a number of legal and cultural questions about the religious rights of those condemned to death.

The case involved Domineque Ray, who converted to Islam in prison after being sentenced to death for slaying a 15-year-old girl in 1995. His case drew national attention because prison officials refused to allow his spiritual adviser, an imam, into the death chamber for the execution itself. Ray was given the choice—use the prison’s Christian chaplain or face execution alone. 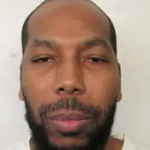 When Ray realized that the prison was not going to allow his adviser to accompany him at death, he petitioned the U.S. District Court for the Middle District of Alabama for a stay of execution.

The court denied his request and upheld the prison’s decision to refuse his adviser into the execution chamber, which Ray claimed violated the Religious Land Use and Institutionalized Person Act and the Establishment Clause of the First Amendment to the U.S. Constitution. Ray appealed the District Court verdict to the Eleventh Circuit Court of Appeals [1], which granted a stay on February 6 to resolve Ray’s religious claims.

The next day, however, the Supreme Court of the United States [2] granted a last-minute application to allow the state to move forward with Ray’s execution. This decision did not speak to the merits of Ray’s religious claims, but instead was a finding that Ray had not met the relevant filing deadline. A bare majority of the court voted to let his execution move forward—such that the state would kill Ray that very evening. A four-member dissent, led by Justice Elena Kagan, expressed dismay since Ray acted within five days of learning that the prison refused to let his adviser accompany him in the death chamber. Justice Kagan chastised the majority for deciding the issue with little briefing and no argument, “just so the State can meet its preferred execution date.”

Quoting Court precedent, the dissent underscored the legal issue surrounding Ray’s Establishment Clause claim and argued that one religious denomination cannot be officially preferred over another: “But the State’s policy does just that. Under that policy, a Christian prisoner may have a minister of his own faith accompany him into the execution chamber to say his last rites. But if an inmate practices a different religion—whether Islam, Judaism, or any other–he may not die with a minister of his own faith by his side.”

Justice Kagan noted that the state failed to show how the prison’s policy is narrowly tailored to serve a compelling state interest. She questioned pointedly whether disallowing Ray’s adviser would result in a security risk, and noted that the State offered no evidence to show that its prohibition on outside advisers was necessary to achieve the prison’s interest in security. She asks, “Why couldn’t Ray’s imam receive whatever training in execution protocol the Christian Chaplain received? The State has no answer. Why wouldn’t it be sufficient for the imam to pledge, under penalty of contempt, that he will not interfere with the State’s ability to perform the execution? The State doesn’t say. … That is not enough to support a denominational preference.”

Of course, the Majority doesn’t argue against these points since it ruled only that Ray missed the relevant deadline for seeking relief. What then, one might wonder, was this ruling really about? As one lawyer with the Beckett Fund for Religious Liberty has claimed, the decision carried with it no discrimination toward Muslims [3] since the same conservative justices had ruled in favor of religious liberty in other Muslim cases. So, despite criticism like a ThinkProgress [4] article that described the decision as a “truly shocking attack on Muslims,” such criticism may miss the mark.

Since the Majority decision itself is quite short, it is hard to tell for sure what is motivating the Justices. The article above notes that some commentators think the decision has more to do with the Court’s frustration with anti-death penalty advocates who, in the view of many Conservatives, bring last-minute claims to try to postpone executions. Although this explanation might not be savory, it suggests a non-discriminatory rationale to send a message to death penalty activists and advocates, a warning against eleventh-hour strategies to derail executions. More ominously, the decision has been characterized as the work of a conservative majority [5], who “will stop at nothing to preserve the death penalty.” From this perspective, the decision has little to do with the fact that he is Muslim at all.

Given what we know about the case, it may be more prudent to think that a little of both may be going on. Without doubt, this case may be about antipathy toward last-minute antics by lawyers and advocacy groups, but it hardly means there is no religious bias guiding some in the judiciary. In fact, it is no stretch to imagine how disdain for such activists can hide disdain for Muslims. When this case is boiled down to its essence, a conservative group of Justices floundered on the opportunity to denounce religious discrimination and uphold religious rights. The Court instead let an arguable, if not bogus, timing issue reinforce a discriminatory prison policy; at worst it outright ignores Justice Kagan’s startling contention that “Ray has put forward a powerful claim that his religious rights will be violated at the moment the State puts him to death.”

While it may be more accurate to say that his religious rights were violated prior to execution, the point is clear—his religious claims should have been adjudicated first because they might have resulted in a different outcome that bears directly on the execution itself. The Court’s decision, then, despite its innocuous grounding in procedure, allowed Alabama to proceed with a killing whose optics suggest religious persecution more than protection of religious liberty.