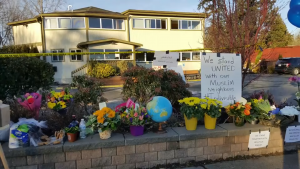 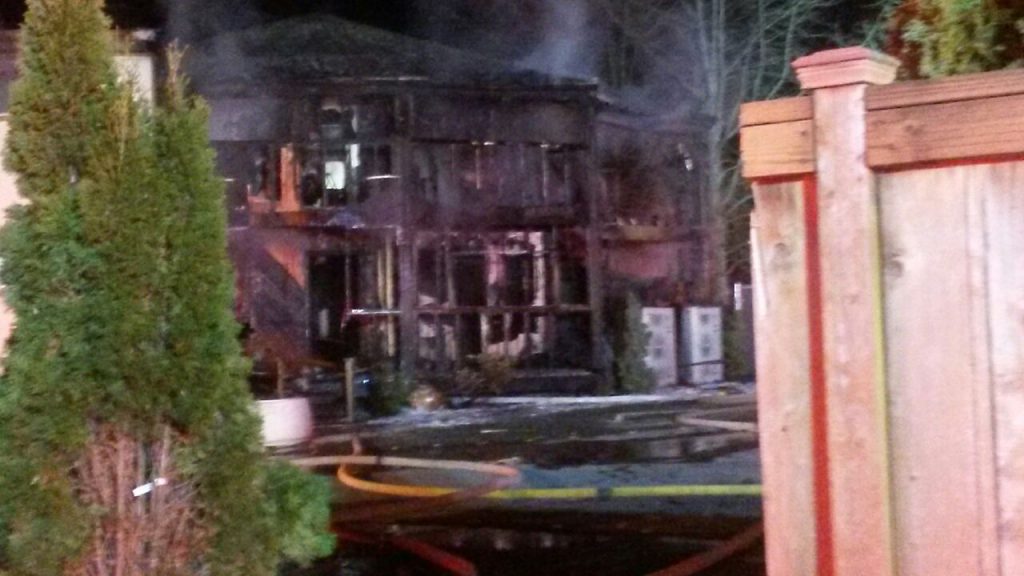 The mosque after the fire. Via the Bellevue mosque LaunchGood page.  [2] 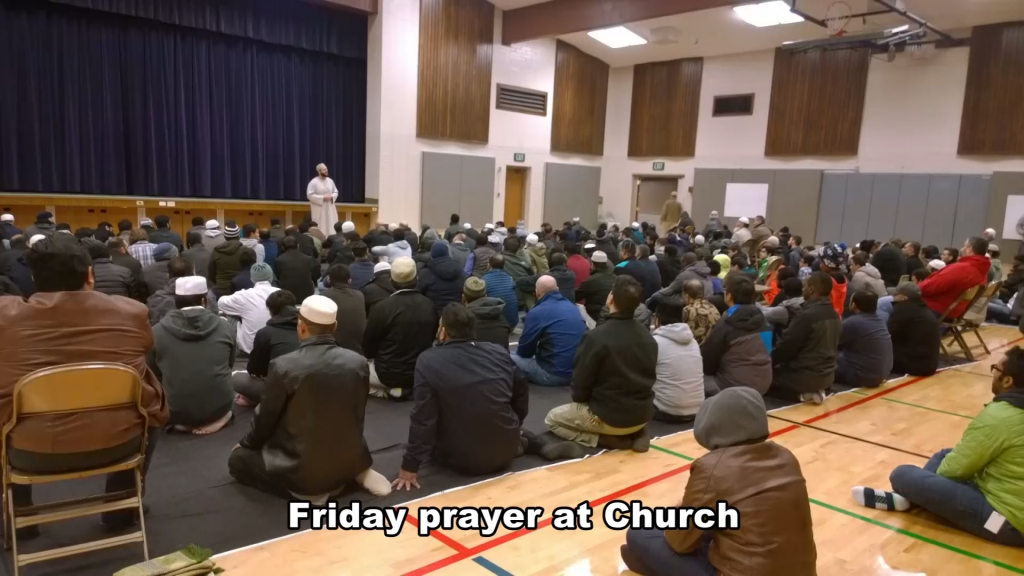 Bellevue mosque congregants pray at a nearby church after the fire at their mosque. Youtube/ICoE Video [3]

*Image: The mosque after the fire, with warm wishes left by neighbors. Youtube/ICoE Video [3]