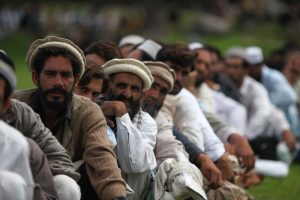 On March 19, a group of tribesman from MosalKor, Pakistan in the Federally Administered Tribal Area (FATA) were ordered to vacate their homes [1] by the political administration in Lower Mohmand Agency after a militant attack on security forces in a nearby locale.

In most places around the world, such a decree would create a public outcry. Yet in FATA, the actions of the administration are very much in line with the decades-old Frontier Crimes Regulation (FCR), a law inherited from Pakistan’s former British colonial rulers that allows for collective punishment of whole tribes and populations for the actions of a few. As the war on terror continues to engulf the tribal areas, the government and armed forces have used FCR regularly to increase the hardships on the people of FATA.

Last month, in a landmark decision, the Pakistani government announced that FATA would merge with Khyber-Pakhtunkhwa (KP), one of four Pakistani provinces, repeal the FCR and, as a consequence, the Pakistani Constitution would apply to the region. While the move has been largely welcomed by politicians and pundits alike, political and social challenges remain, and full benefits of such a move will only be realized in the long term.

According to Amnesty International [2]’s 2010 “As If Hell Fell On Me” report, the law “does not provide legal guarantees for human rights in FATA and indeed effectively codifies authority for a range of human rights violations.” The report states FCR is a“draconian system of limited government with little or no recognition of or respect for human rights.” The Human Rights Commission of Pakistan (HRCP) has called [3] it, “A bad law no one can defend.”

The FCR law of 1901 is a British mandated law that the colonialists implemented to establish their writ in FATA and surrounding areas where they had considerable difficulty in governing, facing revolts from the local Pashtun tribes toward British rule. The law has been rolled back from other parts of Pakistan [4] since independence, but FATA’s fate remained tied to the FCR.

The law allows all powers to rest with the so-called political agents assigned to the different agencies in FATA. The agent is appointed by the Pakistan government, whose decisions are final with no recourse for citizens to challenge rulings. While citizens can choose to seek recommendations from the local councils or jirgas, the agent is not bound by them. The power to reverse the agent’s decision lies solely with the executive that appoints them. 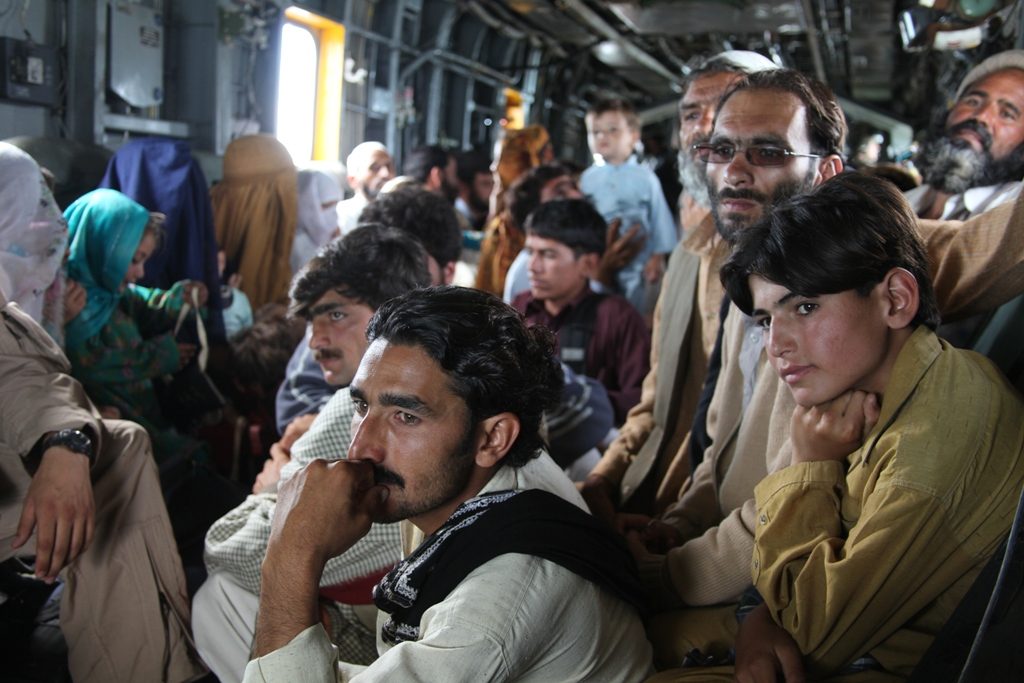 The FCR consists of many atrocious clauses that undermine basic economic, social and political rights, but its most contentious and frequently debated sections are those sanctioning collective responsibility.

A 2005 Amnesty International report [6] on the dismal treatment of juveniles in Pakistan showcases the grave injustices doled out to the population of FATA, including children as young as 1.

In one case, 15-year-old Qismat Khan was convicted in 1995 for a staggering 45 years. Khan was arrested for allegedly obstructing the duties of security services, including attempting to start a riot and supposedly encouraging others to arm themselves. While Khan was eventually released in 2004 after appeals to the Pakistani president, many others have not been so lucky.

In addition to painstakingly long criminal sentences, many juveniles are ordered to pay hefty fines they are simply unable to comply with, resulting in additional time served. Fines as high as 300,000 rupees have also been imposed on children who are often the sole breadwinners, in a region with the highest poverty rate [7] in the country.

Moreover, Pakistan’s never ending war on terror has made the use of the FCR even more regular. For over 10 years, FATA has been a safe haven for Taliban forces across the Afghan border and a planning hub for Pakistani extremists. As a result of Pakistan’s ill-advised incursion into FATA in 2004, Pakistani military operations and extremist violence have been daily fixtures in the lives of residents.

In many cases, extremist groups’ attacks on the army have resulted in the detention or punishment of local citizens under the FCR who are made responsible for incidents that occur in the nearby vicinity. 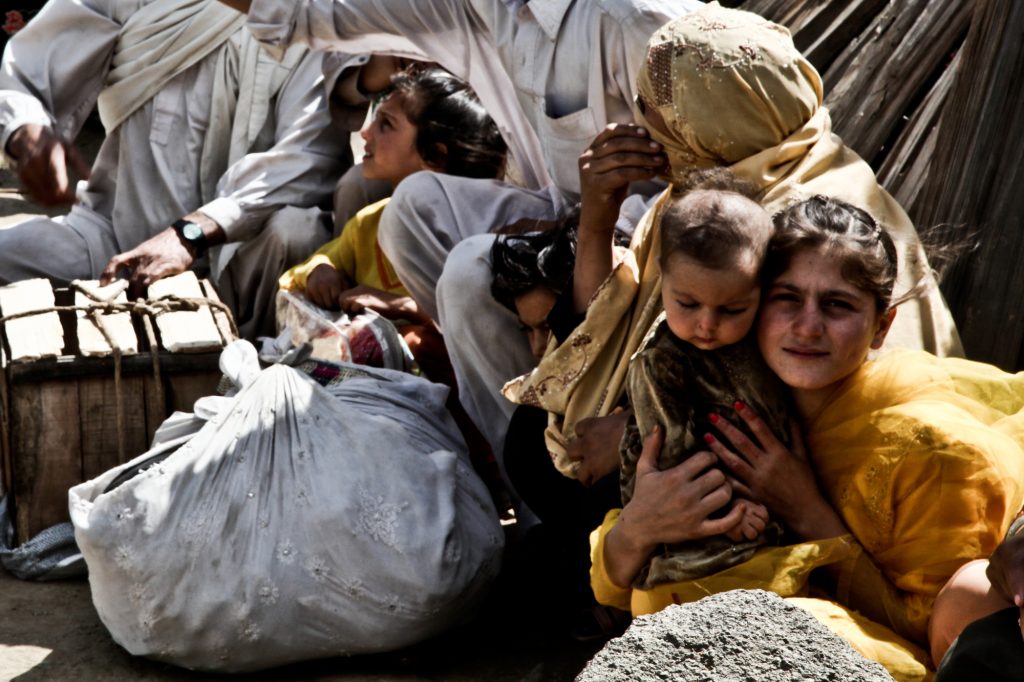 In November, a political agent ordered the destruction [9] of a whole market in the city of Wana in South Waziristan, one of the seven administrative agencies in FATA, after an army major was killed. In the immediate aftermath of the attack, approximately 6,000 shops in the area were ordered closed. Speaking to Dawn News, [10] the market owner relayed that the decision brought heavy financial losses for store owners. He added that while explosions took place all over the country, only in FATA would they be punished in such a manner — a sentiment that is undeniably accurate.

Despite FATA bearing the brunt of terrorism in the country, all other provinces have had their fair share of terrorism activity. Yet such an action would be unimaginable in Pakistani metropolises like Karachi and Lahore. In fact, in Punjab, the largest province and the political home of Prime Minister Nawaz Sharif, security analysts and politicians have raised the alarm for years over increasing extremism in the province with anti-Shia groups like Lashkar-e-Jhangvi [11] operating openly, often under the protection of local politicians.

While the recent and long-awaited announcement to merge the tribal areas with neighboring province KP has been roundly welcomed, all decisions vis a vis its implementation remain firmly under the control of the federal government.

Tribal elders have voiced their concerns that the federal government and ruling party Pakistan Muslim League Noon (PML-N) have taken little recommendation from local forces in the tribal belt, which may make the merger a tough task to achieve. Within days of the announcement, a group of five tribal elders [12] filed a petition in the Supreme Court against the merger, citing the lack of input from the people of FATA in the process as one of several reasons.

Furthermore, as the war on terror remains centered in the FATA region, the tribal population has often been the victim of discriminatory policies and rhetoric across Pakistan. After thousands fled the region in 2014 during the Zarb-e-Azab military campaign in North Waziristan, both Sindh and Punjab provinces [13] proposed and employed several restrictions on them. 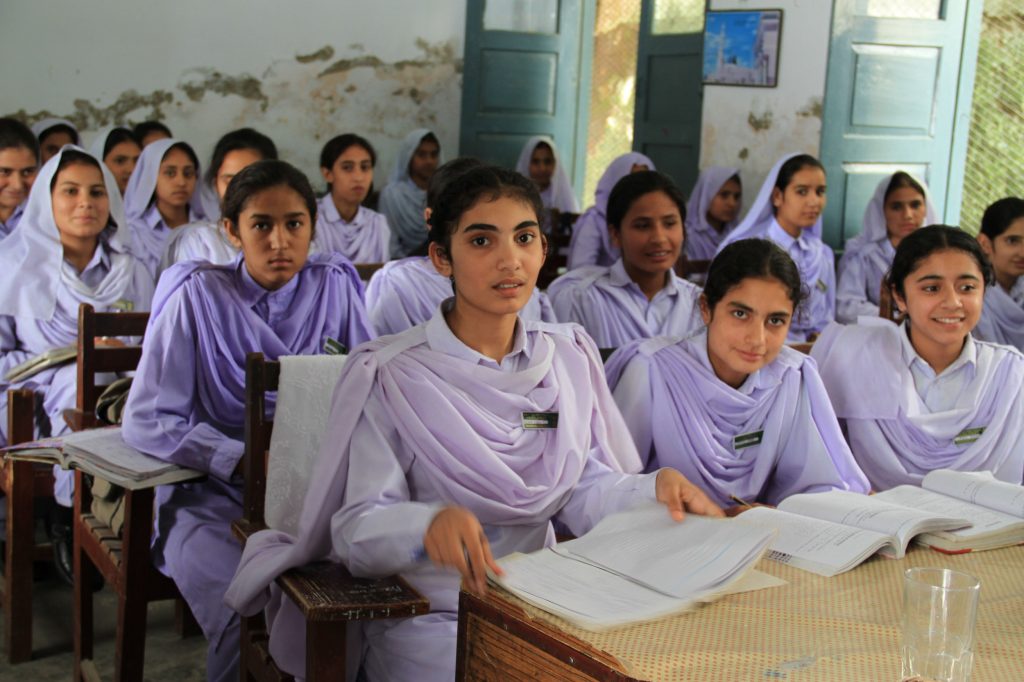 In February, the HRCP condemned the racial profiling [15] of Pashtuns by the Punjab government, governed by the Nawaz-led PML-N, after a surge in terrorist attacks in the country. The government was surveilling an estimated 5,000 people from the tribal areas, and reports floated that secluding them into camps was also in the cards. Even notable liberals and equality advocates have shown contempt for those fleeing the violence in FATA. World-renowned Pakistani documentary producer Sharmeen Obaid Chinoy suggested in a series of now deleted tweets [16] that internally displaced persons should not be allowed to enter Sindh.

“IDPs should be contained in camps in KPK allowing them in Karachi will not bode well 4 security in Karachi,” she wrote.

Chinoy’s remarks are ironic considering her rise to fame arguably began with her PBS documentary Children of The Taliban, which documented the perils of being a child living under Taliban rule. It showcases how deep antitribal sentiment runs in all different parts of Pakistani society, and how fervently the war on terror narrative has gripped Pakistani society.

If such attitudes continue to prevail, they will only make an already insurmountable task of mainstreaming the tribal area harder. The people of FATA must be given control over their fate rather than be sidelined and treated as a suspect other. Failure to do so will render this historic decision meaningless — one that Pakistan must get right this time around.

*Image: Men waiting to be picked up by helicopters in the Khyber-Pakhtunkhwa province. >Flickr/DVIDHSUB [17].