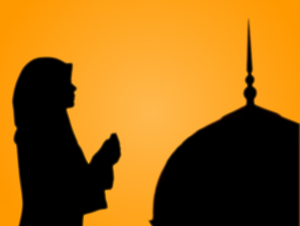 “There are no female imams in America,” said Dr. Ihsan Bagby [1], professor of Islamic Studies at the University of Kentucky, on March 27th during a webinar entitled Women in the American Mosque [2] sponsored by the Islamic Society of North America and based on the 2011 Mosque Report [3] in which Dr. Bagby studied the trends and patterns of American mosques such as demographics, administration, attitudes of mosque leaders, and the participation of women in mosques. Dr. Sarah Sayeed [4], Program and Communications Associate at the Interfaith Center of New York, presented findings explaining that mosques without barriers between the genders and with women on the administrative board tend to have more female attendees. Other factors such as size, ethnic demographics, and schools of thought, such as Salafi, Shi’i, and mosques that do and don’t follow W. Deen Mohammed, were also included. The findings were presented clearly and succinctly, but there was little discussion about “why”. Why is it that mosques with women on the board and without physical barriers separating the genders during prayer have greater female attendance? Dr. Sayeed presented the conclusion that it’s better for the whole community when women are included in the mosque as much as possible, but not much discussion about why.

“Why” does indeed matter. To understand a problem and find its solution we must understand an issue from all sides and to its deepest degree, have the clearest possible information, and be open to the possibility of error. This is why it is important to point out that Dr. Bagby was, in fact, incorrect when he stated during the Q&A session that there are no female imams in America. Before proceeding, it is worth pointing out that what follows is not an argument on the permissibility of female imams. If permissibility and religious agreement is the subject of this study or the conversation around the American mosque, then we must also extend such arguments to other sub-groups, including Shi’i, the Nation of Islam, Salafis, Sufi orders, and anything else that may diverge from what we define as “mainstream”, if such a thing can even be defined at all. Difference among Muslims is of no relevance here especially when the groups in question fully believe themselves to be Muslim. This is, instead, an argument as to why leaving out this small but important subgroup renders this study incomplete.

Imam is traditionally defined simply as someone who leads prayer, be that the five daily prayers or the weekly jummah or congregational prayer. Because Islam has no clergy, anyone can be selected to be an imam, even while the criteria may differ between sects. In some Muslim contexts imams are village elders or learned people, but not always. In the United States, who and what the imam is becomes a more complicated matter. According to the Mosque Report on page 6 of section 2 [5], only about half of imams serving regularly in America have any formal education in Islam, 94% of whom got their degree outside the country. Further, 66% of imams and 85% of full-time paid imams who have a formal degree studied abroad to get that degree. 55% of mosques surveyed also view the imam as their leader, and otherwise either don’t view the imam as the leader or don’t have an imam at all. But how is “leader” understood, and how does that impact the congregation? In the majority of governance structures for mosques who have an imam the majority also reported that the imam is in charge of religious affairs, while 22% reported that the board is in charge of most affairs and the imam has only a minor role in mosque administration. According to this study, “Mosque leaders report that their mosques have a relatively high level of spirituality, brotherhood and sense of purpose”, but if that is the case, then why is the participation and comfort of women an issue?

The issue of who and what an imam is and should be is complicated. “Imam” is often confused with “sheikh” or “scholar” and the study does refer to imams as paid positions, but doesn’t much delve into the relationship between the imam and the congregation. This may be a mistake, since the imam is often the “face” of the mosque to the community. Even in situations where the imam may have a minor role in governing the mosque the imam usually still has a strong impact over laypeople because it is the imam, not the board, that people go to for personal and spiritual help. We must honestly face that the usually male imam is not an a-cultural being who gives perfect religious knowledge, and that women often do not feel comfortable going to a male imam with their own questions or concerns. What about how open imams are to women? This would include a policy of confidentiality when women seek help, such in cases of domestic violence or assault, how much time male imams are willing to spend with female congregants who are unhappy with the mosque or are in search of religious answers or greater spirituality, and what kind of example that imam sets for his community on how to treat women. The list goes on. It is not difficult to find personal accounts of women who sought refuge with imams from the abuse of male family members, only for the imam to reject them and then report them to those same male family members. In another instance, women sometimes must struggle to catch the attention or time of the imam to address religious or spiritual concerns, and in cases where the imam may refuse to talk to women at all she may have to send someone else which creates its own set of problems. Such instances create a hostile and unwelcoming environment for women, and indicates the relationship between the imam and female congregants is just as important a factor to a “women-friendly mosque” as barriers and women on the board.

Communities are addressing this problem in a number of ways. Female Muslim chaplains, as one example, are getting religious and pastoral education and serve communities, creating a gateway to religious and social resources. Women are more likely to seek help from other women because there is a sense of sisterhood and trust that creates safe space, making the role of these chaplains crucial. At other times, communities banding together to dispute misbehaving imams, identify powerful community members who may help, and invite speakers that encourage the community to treat women better. In situations where women are on the board of the mosque women have a path to help create change through a sister, and having a woman on the board is seen as an example that the community needs to acknowledge and appreciate women; it should be no surprise that mosques with women on the board have more female participants. Other communities still take a different approach they feel is entirely grounded in Islamic theology and practice, that being to simply include female imams.

While Amina Wadud [6] is who most Muslims think of when they think of female imams, other examples exist. On Eid al-Fitr, 2012, Imamah Jamila Ezzani led a group of men and women in their Eid prayers [7], as one example. Aside from this, there is no formal survey of female imams (though one is in progress), or of their experiences and the way they impact their communities, but they seem to be growing in number. Some of them are affiliated with the organization Muslims for Progressive Values [8] whose goal is to create a totally inclusive mosque in which the person leading the prayer is one that promotes peace, equality, and of course, knows how to perform such religious rites. That is not to say that all female imams are necessarily reactions to problems within the common mosque structure, and it may be that some of their congregants simply like that space better than whatever other local mosque may be nearby. Muslims often pick mosques not just on sect or demographic, but what feels good. It is a spiritual place, after all. By having a female imam, communities also create a different perspective on religious authority and address what they feel are inequalities and problems that create barriers for women in mosques. In most of these groups it may not always be a woman leading prayer because qualified congregants take turns, creating a cooperative community. Creating opportunities for female imams is just one way these communities address this.

The reasons that women tend to participate more in mosques that have women on the board and eliminate physical barriers between prayer spaces matter. That the number of women participating (and being allowed to participate) in these mosques is rising is an indicator that women want to be involved in their religious communities as fully as possible, and that women feel more comfortable when other women are in positions of authority, such as on mosque boards. It is for the same reasons that female imams matter, because they create the same avenues for participation and inclusion that removing physical and metaphorical barriers does. It does not matter that they may be religiously disputed or few in number, but only that they exist and are a part of this larger discussion on women in the American mosque. What must follow is the inclusion of these women and their congregations in the greater Islamic discourse in America, not the denial that they exist. To do so would only help to deepen our understanding of the diversity and social movements of American Muslims, and therefore help us approach issues such as the participation of women in American mosques from all angles as a united, yet richly diverse, community.