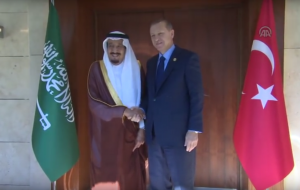 Saudi Arabia recently announced that it is planning a “NATO-like” military alliance of Muslim nations [1] to fight terrorism and ISIS. On the surface, it would seem to be an organization focusing on terrorism. However, there is more to that announcement than meets the eye. The question is whether the focus of this proposed alliance is mainly to fight terrorism, or would it also include confronting Iran? The Saudi government knows that it is likely to have a large number of Muslim countries on its side to fight terrorism, but it is not likely to garner wide support to confront Iran, except for a few Arab states like the United Arab Emirates, Egypt and some Gulf states. Thus the Saudis may be testing the waters by being purposely vague about the real intent underlying this proposed alliance. 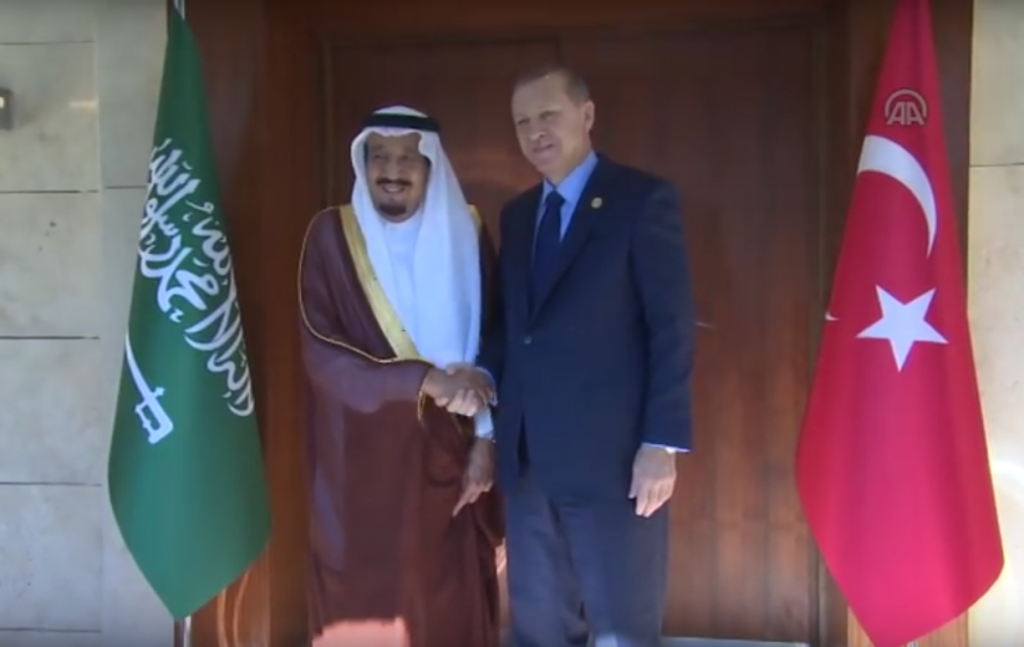 Saudi Arabia has been involved in fighting ISIS in a supportive role with the United States. In that capacity, it has declared its intention to send its fighter jets and ground troops to Turkey’s Incirlik Air Base [4] to fight the Syrian regime and ISIS. However, the declaration only mentioned Syria.

There are two incendiary issues related to this development that promise to become a hurdle in the Saudi objective of fighting Bashar Assad’s regime and ISIS. First, is Turkey’s animosity with the Kurds; the second, is the fact that Russian and Iranian military forces are in Syria to sustain the Assad regime.

First, Turkey is more focused on the role of Kurdish forces in Syria, and only secondarily on ISIS. Turkey opposes the PYD (Democratic Unity Party) and the YPG (armed forces aligned to the PYD), both of which are operating in northern Syria, are fighting ISIS and are allied with the PKK (Kurdistan Workers’ Party) in Turkey. Ankara has been fighting the PKK since 1984 and calls it a terrorist group. Though the United States also depicts the PKK as a terrorist group, it has been arming and supporting Iraqi and Syrian Kurdish military in their fight against ISIS. Because U.S.-backed Kurdish groups have been successful in northern Syria, Turkey has become “infuriated.” Thus, there are considerable strains between the two NATO allies — the United States and Turkey. Those strains also stem from the fact that Washington has considered the PYD and its military wing, the YPG “as its best chance in the battle against [ISIS] … in Syria — to the chagrin of … Turkey [5].”

Putting aside U.S.-Turkey differences on this matter, one wonders whether Saudi Arabia and Turkey would be able to conduct their own military operations against ISIS. Though they share the objective of ousting Assad, Turkey’s growing objection to Kurdish forces inside its border, especially in the aftermath of the latest terrorist attack [6], is likely to remain a major obstacle to Saudi troop participation in ground operations against ISIS. Saudi Arabia has no interest in becoming a party to the Turkey-Kurdish conflict.

Second, even though Russian President Vladimir Putin has withdrawn a token number of his aircraft from Syria, Moscow and Iran are watching growing strains in U.S.-Turkish ties with much optimism. They know those strains are likely to continue postponing any combined U.S.-Turkish military action against the Assad regime.

Despite the fact that Turkey and Saudi Arabia are two Sunni states, Turkey has no sectarian-based animosity toward Tehran. Iran is an important neighbor, and, as a non-Arab state, it can cooperate with Turkey, especially on the issue of undermining the emergence of Kurdistan — something Iran also strongly opposes.

As states that operate primarily on the basis of pursuing their respective national interests, Iran and Turkey understand when to cooperate and when not to. Even when they pursue different goals, they keep alive their options of cooperating with each other on issues of mutual interest. Saudi Arabia, on the contrary, is a theological state driven by national interests as well as its promotion of Wahhabi ideology. In fact, promotion of that ideology often gets in the way of regional diplomacy. Because of Saudi Arabia’s staunch commitment to Wahhabism, an ideology that is intensely anti-Shia/Iranian, Saudi-Turkish ties are not easy to manage. That will become a problem in Saudi Arabia’s determination to persuade Turkey to cooperate with it in the timing and scope of the attack on Assad’s regime.

Saudi Arabia and Iran have been competing to get the upper-hand in West Asia for many decades. After the emergence of the Islamic Republic in 1979, Saudi Arabia had somewhat of an advantage in the sense that the United States was hostile to Iran. It even attempted to overthrow the Islamic government during the Iran-Iraq War of 1980-1988. After Iran signed a nuclear deal with the United States and five other world powers in July 2015, the long era of hostility between the U.S. and Iran, even if it does not disappear altogether, may be of short duration. That evolving reality worries Saudi Arabia, which feels that Iran may emerge as a more important country for the United States than Saudi Arabia.

Iran and Saudi Arabia also have been competing for increased strategic presence and influence in the Levant, which includes Lebanon, Syria and Jordan. Here, Saudi Arabia and Iran have been resilient about confronting each other. So, while Muslim countries may be interested in becoming a party to a NATO-like alliance to fight terrorism, they have no interest in joining it to become Saudi Arabia’s tool to confront Iran.

For Saudi Arabia to establish such an alliance, it will have to resolve its strategic differences with Iran (which is not likely to happen anytime soon). Alternatively, Saudi Arabia must clearly state that the alliance would NOT become a tool for settling the ongoing Saudi-Iranian animosity — driven on the Saudi side substantially by theological differences, and on the Iranian side by strategic differences.

Saudi Arabia cannot be a regional leader while it remains a theological state whose foreign policy is driven by Islamic puritanism. However, the legitimacy of the Saudi regime depends upon the historical pact of 1744 with Mohammad Ibn al-Wahhab. There is no suggestion here that the Saudis should abrogate that pact altogether. It can stay intact for domestic purposes, but Saudi autocrats may want to ignore it for the intricate purposes of managing ties with regional states — particularly Iran — as well as Muslim states in other parts of the world.

The success of Saudi Arabia’s emergence as a leader of regional and global proportions depends on its ability to manage that glaring contradiction before its proposed NATO-like alliance evolves into a celebrated entity like the actual North Atlantic Treaty Organization.