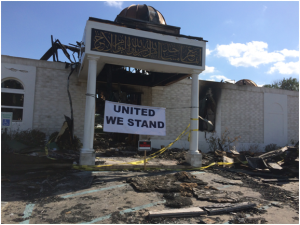 By Dr. Shahid Hashmi, as told to TIM Editors.

By the time I arrived around 2 a.m. last Friday, firemen were already pouring water on the fire engulfing the Victoria Islamic Center. We watched as it took over three hours to get the fire under control, and by then it was almost Fajr (morning prayer) time. There was a sprinkling of rain as we stood across the street from the masjid to pray Fajr on the road. We kept on praying and making dua, “May Allah take away our struggle and give us something better than that.”

My family was the second Muslim family to move to Victoria, Texas. Initially there was no masjid and we would pray at each other’s houses. As more families came into the area, we started renting a place to pray. With the community continuing to grow, we started thinking about building a real masjid of our own. At the time, there were three of us co-founders. But one of the co-founders — May Allah bless his soul — has passed away, and the other has since moved to Houston. I am the last one to remain.

The first thing we did was find a real estate agent to assist us in finding and buying land. Then we needed to gather the funds, which took four years beginning in 1996. We held some fundraisers and most of the estimated $450,000 needed to build the masjid was raised locally within our community. The 4,000-square-foot masjid that included a prayer hall and community area was designed fairly quickly. Originally, I had asked a friend from Florida to design the mosque, but those plans were huge so then I decided to work with a local builder and their architect from Houston to modify that design to fit our needs. By 2000, it was finally built. At the grand opening of our masjid, we had Yusuf Islam and Hakeem Olajuwon join us.

The masjid served roughly 40 families, but during Ramadan and Eid time, people from neighboring towns would come in to pray with us. Usually we prayed together and then afterward, we liked to have dinner together. I have so many memories, so many memories from our time at the masjid: I have seen families come and go and children grow up. I also watched my daughter get married in our masjid.

I first heard about the fire after our masjid imam called me at 2 in the morning. The imam received a notice on his phone that something was wrong with the masjid security alarm — a week prior someone had broken into the mosque and stolen electronic equipment. We didn’t know what was going on or if these incidents were related. When the imam arrived at the masjid, the firemen were already there trying to extinguish the fire. He called me crying, and I jumped out of bed and rushed over there.

I couldn’t believe what I saw. It was devastating. It was a shock for everybody in the community. Everyone was notified right away and they all drove over. 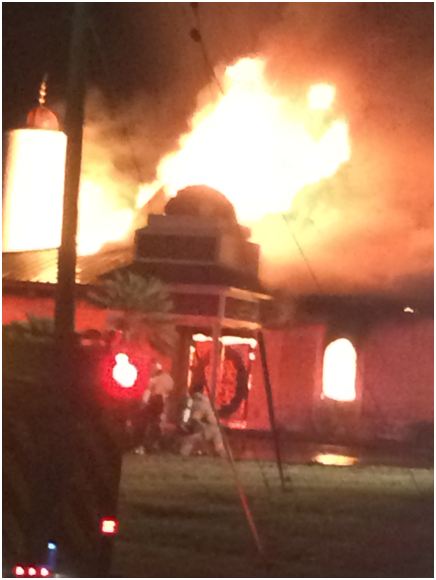 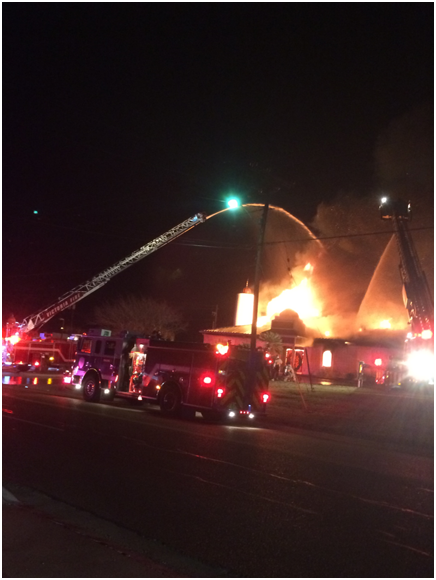 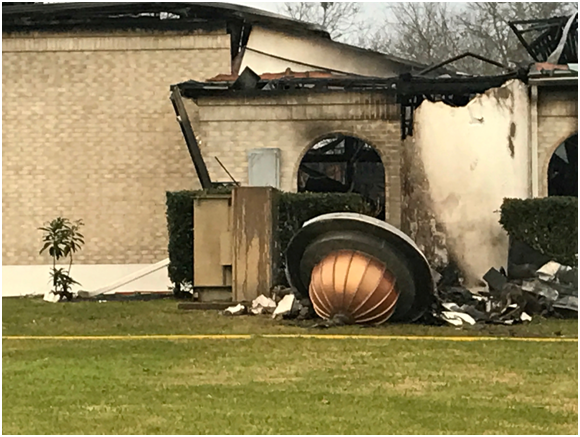 The aftermath of the Victoria mosque fire. Photo via Dr. Shahid Hashmi 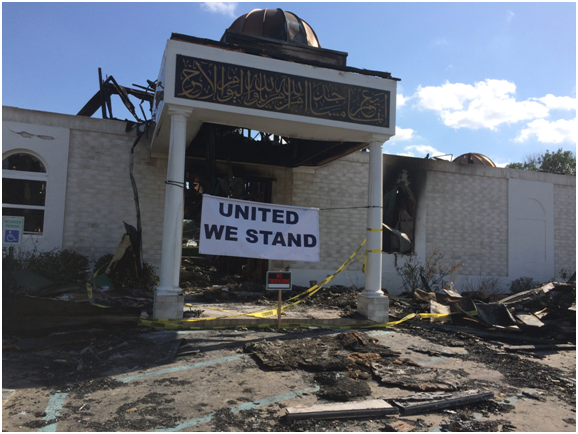 But since then, help has come in. Brothers from the community put the news up on Facebook and started a page on GoFundMe to raise funds to rebuild the mosque. It was just a phenomenal response, beyond our imagination. We raised over $1 million on GoFundMe, receiving donations from over 90 countries. And we have yet to tally all the local donations. We plan to share whatever money we can with the Lake Travis mosque in Texas [2] that caught on fire in January.

We are so grateful. It’s not just the money —  it’s everyone’s comments and best wishes. Immediately, we had churches and synagogues calling us to allow us to use their places of worship. The Sunday after the fire, we held a prayer with the larger Victoria community. We had over 400 people from different faiths and colors show up in unity. We had some of our Muslim friends come from Houston, Corpus Christy and Dallas. It was very heart-warming and uplifting.

The investigation into the fire and burglary is still ongoing. We are praying the fire is an accident and not a hate crime. If it were a hate crime, that would really hurt more — that somebody could hate somebody that much that they could burn their place of worship. I believe there are definitely more good people in the world than bad.

In the meantime, we are back on our own property. There were mobile homes on the masjid property, untouched by the fire, that were previously being used as classrooms and were in the process of being converted into a charity clinic.  Now we have transformed those trailers into a temporary mosque while our new masjid is under construction.

We are so thankful to God and the generosity of local and international people. We are humbled by their open hearts. And we are collecting all their cards and memorabilia and hope to memorialize them in the new building. And we will rebuild. No doubt about that. We will rebuild a better and prettier and more beautiful place.