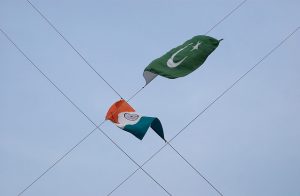 The United States-led war on terror has cast an all-encompassing shadow over the Indian subcontinent over the past 15 years, and has in some ways redefined the age-old rivalries in the region with the language and logic of defeating world terrorism. But as the U.S. drew down its forces [1] in Afghanistan after more than a decade of formal military occupation, the suppressed momentum of India and Pakistan’s geopolitical antagonism may be surging back to the surface. The 2014 election of Hindu nationalist Narendra Modi [2], of India’s right-wing Bharatiya Janata Party [3], along with Pakistan’s struggles with political instability and the Pakistani Taliban [4], may further redefine this prolonged rivalry, one with massive global implications that involve two nuclear nations. 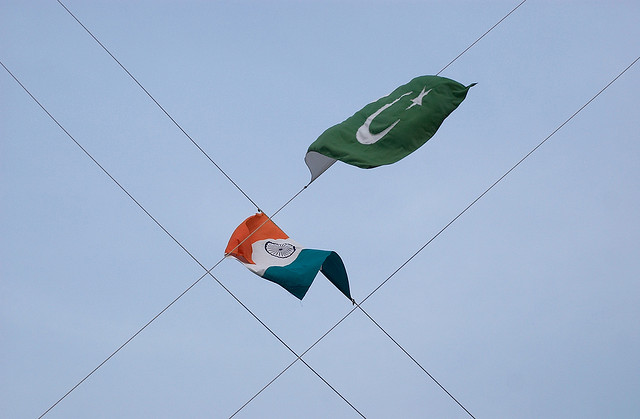 The 1947 partition [7] of India and Pakistan followed decades of British colonial rule in the region and was an event of colossal trauma. The two countries fought wars in 1965 and 1971 while employing countless campaigns of espionage and subterfuge against each other to gain geopolitical leverage, whether by building influence in Afghanistan or by gaining control in the disputed area of Kashmir [8], a Muslim-majority region. So far, this cold war between two nuclear-armed nations has stayed that way, thanks in large part to an apparent mutual understanding of the utterly disastrous consequences of nuclear war.

Nonetheless, relations between India and Pakistan have always been characterized by displays of mutual disdain, followed by calculated backtracking designed to save face and appease domestic audiences in both countries. It’s a delicate dance, and one small mistake is all it might take to ignite a flame that could burn the entire continent.

Border skirmishes [9] in late 2014 and in early 2015 took place after Pakistani officials invited Kashmiri separatist leaders to tea in August 2014, prompting Modi to call off [10] peace talks with his Pakistani counterparts. Relatively small skirmishes between the two nations still forces thousands of villagers on both sides of the border to flee their homes. Had such minor clashes ballooned into anything larger, the entire subcontinent (if not the world) would have been reminded of just how consequential the India-Pakistan relationship is. 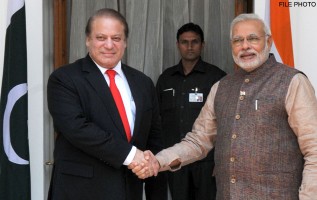 Modi has since accepted [13] an invitation from Pakistan to attend the South Asian Association for Regional Cooperation in 2016, and Indian Foreign Secretary S. Jaishankar said the two countries would also hold a meeting [14] of top security advisers to discuss terrorism. These developments follow a stretch of time when relations seemed to be incredibly strained. Such a pendulum-like back-and-forth between sharp antagonism and apparent reconciliation has become the norm when it comes to India and Pakistan. It’s a schizophrenic relationship that is as much a manifestation of present-day politics as it is a product of the decadeslong narrative of antipathy that has animated both countries’ foreign policy.

That the traumatic experience of partition and mass migration and its consequences have yet to ignite a truly regional conflict with global ramifications is due at least in part to the existence of nuclear weapons on either side of the border. The reality is indeed a counterintuitive one, but the existence of weapons of mass destruction plays a primary role in preventing India and Pakistan from engaging in serious escalation. Yet the existence of these weapons has strategists wondering just how much is enough to attain credible minimum deterrence, the number of nuclear weapons a country needs to deter war while maintaining strategic credibility.

Pakistan’s former director-general of the Strategic Plans Division, Lt. Gen. Khalid Kidwai, claimed [15] recently that his country’s nuclear arsenal has made war in South Asia a nonoption, but nuclear forces around the world are still expanding their arsenals. The idea of nuclear sufficiency isn’t a fixed one, and despite the fact that India and Pakistan claim they’re not engaged in an arms race, their nuclear stockpiles are growing [16]. The Cold War was characterized by a larger version of this kind of nuclear recognition, and ended up creating a situation in which the U.S. and the Soviet Union had huge piles of nuclear weaponry. Worries that India and Pakistan are headed down the same road are legitimate.

Both countries are having a tough time reconciling minimal or sufficient deterrence with the idea of credible deterrence, and all definitions of deterrence of any sort seem to be applied relatively and with a lot of wiggle room. India’s decision to increase its arsenal is also a response to China’s rise as a world power with a large nuclear arsenal of its own. This further alarms Pakistan, which does not want to be outdone. The problem is that the mutual paranoia and disdain that both countries seem to have for one another is distracting either nation from articulating a vision of regional nuclear stability. 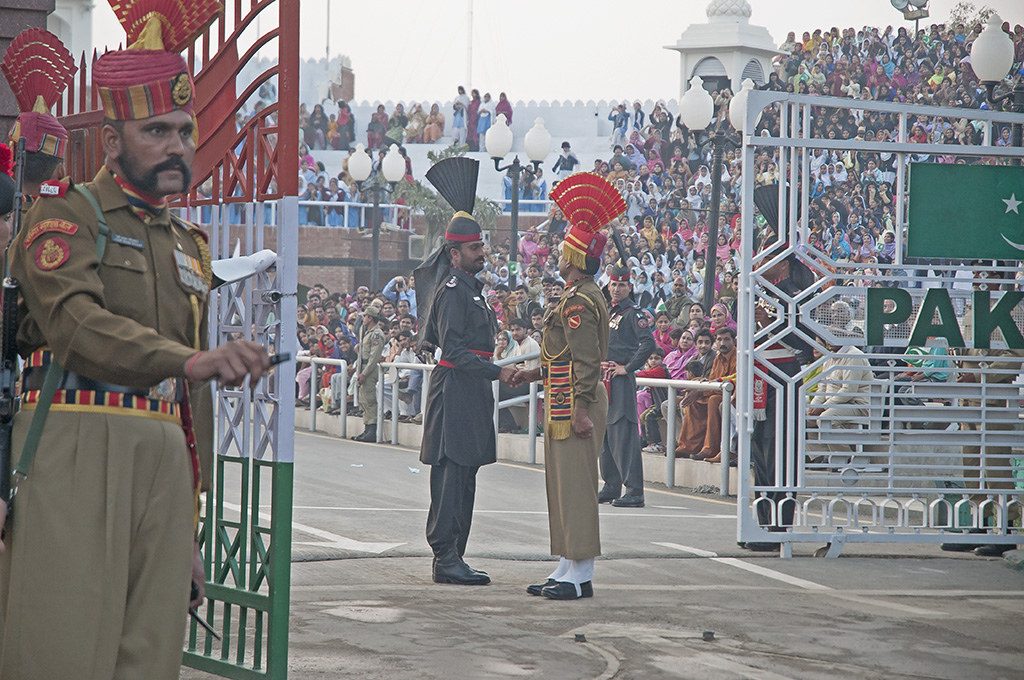 The alarm over international Muslim extremism has put the India-Pakistan rivalry into a new context. The narrative of anti-terrorism has since animated many national security strategies, including those of several major world powers like China and Russia. But the complicated role that Pakistan has come to play in this changing, post-9/11 strategic environment has redefined the nature of its rivalry with India in some ways.

Though Pakistani Prime Minister Pervez Musharraf support [19]ed the U.S.-led war on terror just after 9/11, the world has come to understand that this “official” endorsement plays out rather ambiguously (at best) on the ground. That Osama bin Laden was sheltered [20] in Pakistan for years before he was found and killed by U.S. forces in 2011 is perhaps the biggest sign of Pakistan’s rising reputation as a home for militants.

The devastating Mumbai bombings [21]and siege [21]of 2008 [21] was the flash point of this new dynamic, as the 10 militants responsible for the attacks were Pakistani. The alleged mastermind behind the attacks, Zakiur Rehman Lakhvi, is also Pakistani and, much to India’s dismay, was granted bail [22] in April 2015 in Pakistan. This incident is symbolic of the new post-9/11 dimension that has animated relations between the countries: India points to Islamabad as incompetent when it comes to dealing with security issues, and, at worst, as an abettor of terrorism.

That the problem of terrorism is causing serious instability in Pakistan is beyond doubt. The Pakistani Taliban, an umbrella group of Islamist militants based in northern Pakistan, has committed major crimes [23] in its quest to destabilize the country. Given the unpredictable and volatile nature of regional relations on the subcontinent, India can certainly use the problem of terrorism as an excuse to escalate tensions with Pakistan if it serves a future purpose. The destabilization of Pakistan alone will create serious problems for the region, including the possibility of its nuclear arsenal falling into the wrong hands.

India and Pakistan owe it to themselves to reset their strategies in a way that de-escalates regional tensions. But the major problem is perhaps history. The narrative of rivalry and antagonism animates the politics of both countries, and Pakistan especially has used it as fuel for nationalist fervor to preserve its fragmented union. A sea change will have to take place in the imaginations of both peoples for true, lasting peace to be constructed, and for nuclear conflict to be permanently kept at bay.

[24]This article originally appeared in the Spring/Summer 2015 print issue of The Islamic Monthly. [24]