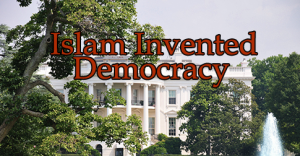 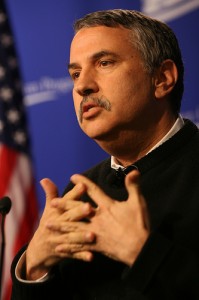 The Times is America’s paper of record.  It is fitting then that it records the profound ignorance of an alleged prophet of globalization so parochial he will be entirely forgotten within a few years’ time.  Resistance to American intervention in Syria is, as Immanuel Wallerstein argues, part of a broader trend of American decline [2].

But the microphone which amplifies Friedman’s voice will also decrease in volume, and that is a drop-off we can look forward to.  Until then?  Imagine if Friedman had so dismissed Native Americans, African-Americans, Jews, Latinos—hell, practically anyone (else).  This is the same form of argument, by the way, that Richard Dawkins makes [3].