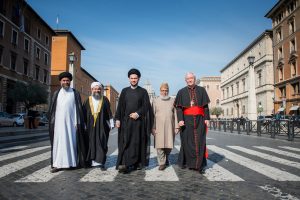 Recent political developments around the world have brought to the fore discussions and debates about Islamophobia.

Some Islamophobes disingenuously argue that they don’t have a hate on for Muslims, and only object to the term “Islamophobia.” These newly minted word etymologists argue that the term is imprecise and precludes legitimate criticism of Islam as a religion. They also counter that it is not a phobia because it is not a mental condition, but a grounded fear of bad or even “evil” ideas. Of course, this sounds legitimate enough, so many progressives and liberals are also won over.

Notwithstanding the bandwagon effect, and au contraire to their objections, it is a phobia because it is prejudice and bigotry toward Muslims and the irrational and exaggerated fear of an assumed, but nonexisting, monolithic Islam represented by the sharia bogeyman.

It is exaggerated because it takes the regressive interpretations of the few who justify terrorism and anti-modern ideas and project them onto all Muslims.  Indeed, it ignores the fact that diversity of opinions has been a recognized forte of Islamic jurisprudence since its inception.

It is irrational because it ignores the peaceful and progressive sharia interpretations adopted by the clear majority of Muslims, while authenticating only the extremist views. All 1.6 billion Muslims — except “moderates” — are painted with the same brush.

On a daily basis, many people, including Muslims, express respectful criticism of Islam and even Muslim practices. Yet the Islamophobia label is not used because it is not done with loathing and contempt and hate. 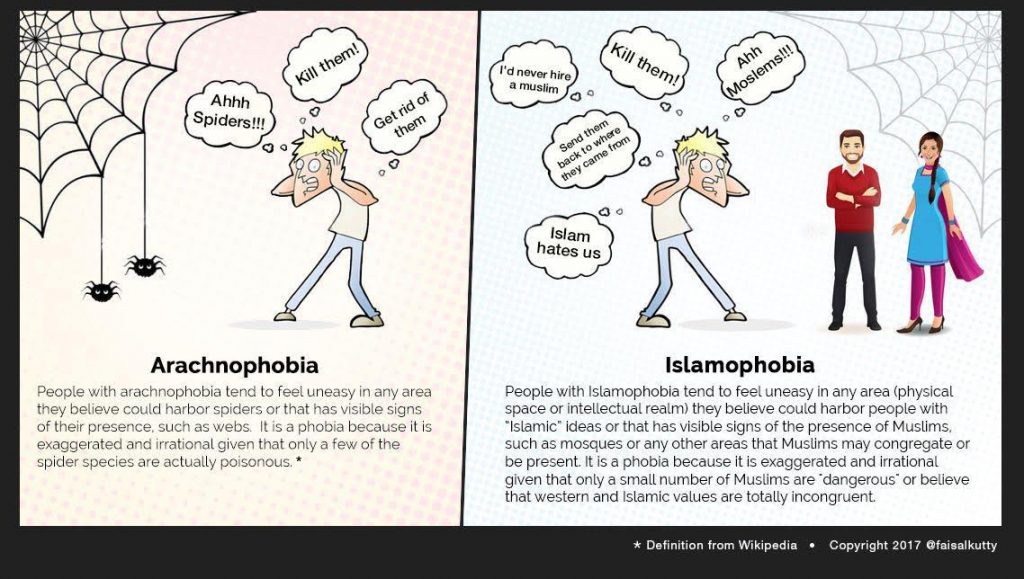 For the past 26 years, I have critiqued dominant Islamic opinions on blasphemy, apostasy, the status of women, etc. I am challenged sometimes, but never have I been labeled an Islamophobe. Indeed, many in the Muslim world are persecuted for expressing these critiques, but it’s not for Islamophobia.

Yes, anti-Muslim hate or “Muslimophobia” work, but “Islamophobia” conveys the deeper, richer and more precise nature of the feelings and beliefs that drive the “othering” of Muslims.

Islamophobia at the Time of the Prophet

Islamophobia is not new.  Some academics argue that “Islamophobie” was first used at the turn of the 19th century to describe how Algerians were perceived of and treated by their French colonial masters.

I would like to suggest that Islamophobia goes back even further than that to the time of the Prophet Muhammad. Indeed, the first Islamophobes were those who persecuted the Prophet and his companions in Mecca. At the end of the third year of prophethood, when Prophet Muhammad began to openly call people to Islam, the persecution intensified.

Muslims were initially tolerated, but then were treated as “others,” not to be trusted. They were then hated, feared and finally persecuted. The Islamophobes, led by the Quraysh clan, singled out the Prophet and his companions because they believed that Muslims were changing the status quo and challenging the existing values of Mecca at the time.

The Prophet was a member of the Quraysh clan, and had some level of immunity, at least at the outset. Many of the earliest converts were disenfranchised, however, and subject to cruel treatment. The situation was so dire that the Prophet suggested to some companions that they should make the hijra (migration) out of Mecca.  The Prophet advised these companions that there was an upright Christian ruler in Abyssinia, King Al-Najashi (Negus), who was fair, just and benevolent, and would offer them protection.  About 80 converts, led by Ja’far Ibn Abu Talib, fled Mecca in 614 CE to this Christian land, in what is known as the first hijra.

When the Quraysh learned that these refugees were given sanctuary in Abyssinia, they dispatched their emissaries to seek their return.  The envoys led by Amr bin al-Aas arrived bearing gifts and asking for the return of these “foolish youths” who had invented a religion unknown to their forefathers. Upon  learning of the asylum seekers and their bounty hunters, the king summoned both groups and granted them audience.

As the king entered the court, all those gathered bowed except the Muslims. Amr bin al-Aas immediately pounced on the opportunity to try persuading the king that the Muslims disrespected him.  The king told him to be quiet, and asked Ja’far why they did not bow.  Ja’far responded: “We don’t bow to anyone except God.” The king asked him to elaborate.  Ja’far explained to the king how, in the beginning, they had no respect, compassion or care for others, and how the strong oppressed the weak.  He then said that Prophet Muhammad had taught them to worship God, be truthful and to uphold trusts placed on them. He added that they were ordered to visit their relatives, be good neighbors and do other good works for the betterment of people.

Mountains in Ethiopia, known as Abyssinia in the time of the Prophet >Flickr/Sarah Tz [2]

For this, Ja’far told the king, our people have been attacked. They’ve tortured us and tried to prevent us from practicing this religion. He then told the king that this is how and why they ended up in his territory seeking his mercy.

The king then reportedly asked Ja’far if he could share something of what the messenger had brought. Ja’far read some verses of the Chapter of Maryam (Mary) from the Quran (16-23:19).  The verses speak of Maryam, Jesus, Yahiya (John) and Zachariah, and address the virgin birth of Jesus and the miraculous speaking of baby Jesus in defense of his mother.

The king wept and said: “Verily, this and what Jesus brought (Gospel) has come from the same source of light (miškāt).” He then turned to the Quraysh delegates and informed them he would not be returning the exiles, and that he would protect them.

The persecution of Muslims in Mecca is the first documented case of Islamophobia.  Interestingly, their welcome by the king is the first instance of Muslim refugees being granted asylum by a Christian state.

Today, some evangelical Christians are fueling the Islamophobia machinery. On the other hand, many Muslims have forgotten the generosity and protection offered by Christians. They in turn are persecuting Christians and others in the Muslim world. Both communities have much to learn from the historical interactions between our respective communities.

First, Muslims considered Christians not as kuffar (a loaded term meaning one who has rejected the truth after knowing it) or even unbelievers, but rather as ahlul kitab (people of the book).  This of course implies that there is not only tolerance but also acceptance of the community. The Prophet also had confidence that the Christian king would not be threatened by the Islamic message.

Second, King Al-Najashi extend full due process to the asylum seekers.  He did not accept what the Islamophobes said about the ways of the Muslims, or what Islam allegedly taught.  He allowed the appointed Muslim spokesperson to explain his religion and his people.

Third, Ja’far and the king focused on the common ground between the two communities to respect and accept each other.

Fourth, the king epitomized compassion and generosity when he granted asylum to the refugees.

The lessons about compassion, generosity,  respecting others’ traditions and perspectives, providing due process and looking for and acknowledging the common ground are all critical to our world today, but seriously lacking.

*Image: A cardinal leads a delegation of Muslim leaders to Rome to meet Pope Francis. >Flickr/Catholic Church England and Wales [3].