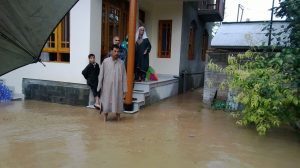 I don’t know where he is. If he’s alive or dead. On September 4, in our last conversation, my guide and my friend Murtaza said in a solemn voice, “It’s still raining. Our backyard is flooded.” He uploaded a photograph of his neighbors’ house on his phone and sent it to me. A man stood in muddy waters. The rivers had started to overflow [1]. But it still didn’t make sense. No one predicted the great flood. There was no warning of a humanitarian disaster in Indian-held Kashmir. “Please pray for us,” Murtaza continued. “I’ll call you again when we have power.” 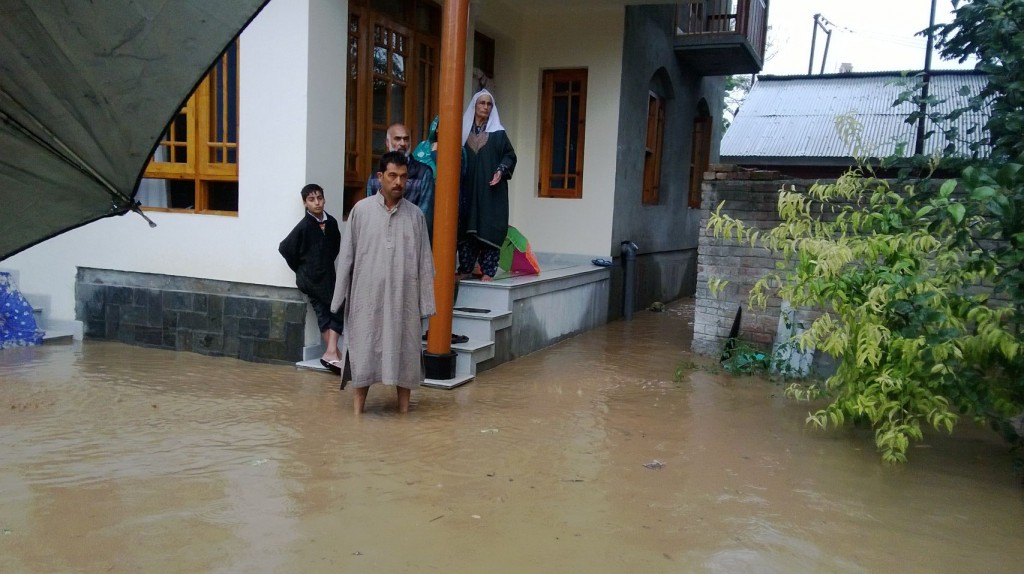 That was seven days ago.

News reports indicate that communication lines [3] will be restored in a few days. It’s hard to be patient. I am reminded of Hurricane Katrina [4] in New Orleans that displaced more than one million people in the Gulf region. Days went by before people were able to reach their family and friends. Years went by [5] before the city regained its local charm.

I stare at the phone. I wait for a call. Or a text message. When I dial Murtaza’s number, the phone doesn’t ring. There is silence on the other end. His tablet is down. His father’s phone is out of service. His cousin’s phone is dead. His mother doesn’t have a phone.

Something has gone terribly wrong. I think of the worst. And then I remember that Murtaza is strong and spiritual. He’s most likely helping move people to safety in his village. A senior journalist from Kashmir, who is now based in Europe, believes ninety percent of rescue operations are credited to members of the local community. “A Sikh family gave my [Muslim] family shelter in their home in Srinagar,” he told me. I have flashbacks of Srinagar, the summer capital of Kashmir, once adorned with houseboats and Moghul gardens, is now partly under water [6]. For a moment, I imagine what Americans would do if Washington, D.C. was sinking.

I browse through pictures of Kashmiri men and women, people I interviewed for the book on Kashmir, Secrets of the Valley. Publishing the book seems trivial when thousands are still stranded, many on the roofs of their homes, waiting to be rescued. Hundreds have drowned.

Thanks to India’s rescue efforts, more than twenty thousand Kashmiris [7] have been moved to camps. But it’s not enough. Some Kashmiris are angry with Indian government officials for being too late. Minor protests [8] have erupted as people demand food and water. They are understandably hungry, tired, and increasingly frustrated with India for losing everything [9]. Kashmir’s Chief Minister Omar Abdullah [10] acknowledged the limits of India’s disaster response. “How do you plan for something that hasn’t happened in 100 years?”

As each day passes, I’m aware of the fact that I’m not in Kashmir. I know what I have to do. “Pray and go on living,” my friend Anne said with tender eyes. She is one of the few Americans who visited Kashmir years ago and understands the conflict better than most. Later, she wrote, “Hope it gets better and your loved ones are safe. Protect your heart. So much pain and suffering in this world.”

Every night, I make more phone calls. I reach out to journalists with access to people in local villages. Anyone with news of Murtaza. “You just need to know what’s happened to him and then you can process it,” a wise woman told me. But I am not ready to process the worst.

I just need to hear his voice again.