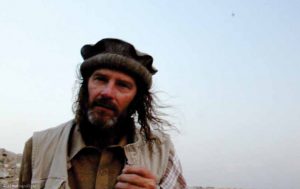 *first published in November 2013 in print

Upon his election in 2008, President Barack Obama promised a new path forward on national security, one that comported with the rule of law and abided by constitutional and international law limits on executive power. Yet Obama presided over a massive escalation in drone strikes—killing of terrorist suspects in far-off lands by remote control, without charges, a trial or any outside review. And recent revelations by Edward Snowden of an extensive spying program by the National Security Agency have raised further concerns. Some have argued that Obama is no better than his predecessor when it comes to respecting civil liberties in the struggle against terrorism. Where President George W. Bush spied on people without warrants, Obama has ordered people killed without warrants. 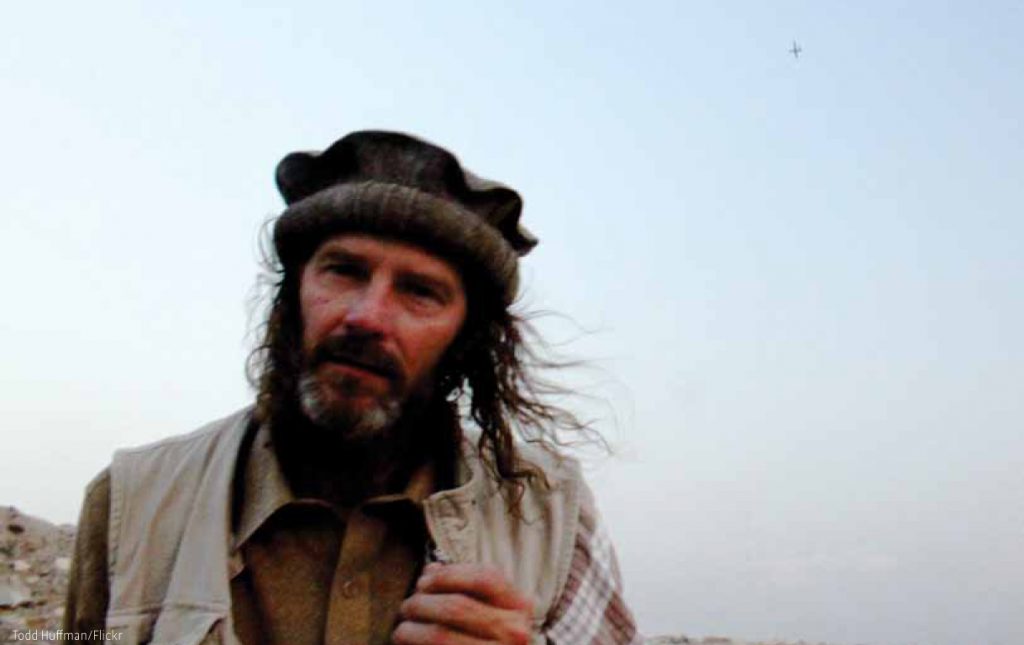 But claims that Obama is channeling Bush are grossly exaggerated. While both chose to use military as well as law enforcement measures to respond to the al-Qaida threat, there is a world of difference between Obama and Bush’s approaches to war powers. Bush treated the law as an inconvenient obstacle to be thrust aside in the name of security; Obama sought to pursue al-Qaida within the framework of the laws of war. Many of Obama’s policy choices deserve criticism, to be sure. And his reliance on secrecy is particularly disturbing. But to paint the two leaders with the same brush is to miss the difference between a leader who seeks to evade the law and one who seeks to abide by it.

There are certainly disquieting parallels between the authorization of torture and the authorization of drone strikes. Both relied on secret Justice Department documents that redefined key legal terms in ways that defy common sense. The torture memo said that only the infliction of pain of the intensity associated with “organ failure or death” constituted torture. A Justice Department white paper on drones that was leaked in February 2013 argued that the United States can kill in self-defense even where no attack is underway or being planned, radically redefining the traditional requirement of an “imminent” attack as only George Orwell could have done. The torture memo claimed that “enhanced interrogation” was not barred by a federal law against torture. The drone white paper argued that killing an American in Yemen with a drone does not violate a federal statute that prohibits killing an American abroad. Both documents were secret until leaked to the press. (All the underlying memos authorizing drone strikes remain secret, the white paper is merely an unclassified summary of one such memo.) And both the Bush and Obama administrations have sought to dismiss any legal challenge to their respective policies by declaring them secret.

But these similarities should not obscure a fundamental difference. Under the laws of war, international human rights and the U.S. Constitution, torture is never lawful. The Bush administration sought to institutionalize the infliction of cruelty and torture as a tactic in its “war on terror” in the face of overwhelming authority that it is never a permissible option.

Killing, by contrast, is an inevitable if regrettable aspect of war. No law, treaty or constitutional provision prohibits killing the enemy in wartime or in self-defense. On the contrary, the Constitution recognizes the authority to engage in war, and the laws of war permit the use of lethal force as long as it satisfies basic requirements of targeting only the enemy, minimizing collateral damage, and the like. Killing in war time by drone is no more or less legal than killing by bazooka, bayonet or bomb.

Nor is there anything inherently unconstitutional about killing American citizens. President Abraham Lincoln authorized the killing of hundreds of thousands of Confederate soldiers, but no one claims that violated due process. If an American were fighting alongside al-Qaida on the battlefield against us, few would contend that due process bars our soldiers from shooting back at him. No hearing is required before the taking of life in battle. There is no dispute that the taking of an American’s life must comport with due process, but the process due in a war setting is minimal.

Admittedly, there are many disputes about the applicability of the laws of war to a conflict between a state and a nonstate actor, such as al-Qaida, and about the geographic scope of such a conflict where the nonstate actor may operate in a number of different locales, some far from any traditional battlefield. But the point is that they are difficult and unresolved questions. In contrast, there is no question about the illegality of torture.

Thus, where Bush sought to rationalize a universally proscribed war crime, Obama is seeking to chart an appropriate legal course in a new setting of a well-established and generally lawful military tactic: killing the enemy.

Bush’s modus operandi was to evade the law—by keeping detainees beyond our borders where it argued, the law did not reach; by holding some in secret prisons away from the prying eyes of even the International Committee of the Red Cross; by arguing that judicial review did not extend to any of them; by treating the Geneva Conventions as “quaint” and inapplicable; and by asserting his power as commander in chief to override any law he deemed inconvenient when “engaging the enemy.” His administration seemed to see the law as the enemy, or at best, as an enemy tactic. 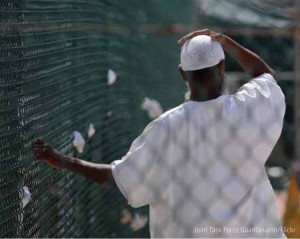 By contrast, President Obama has insisted since day one that he will fight within the confines of the rule of law. He closed the CIA’s secret prisons, forbade “enhanced interrogation,” confined interrogation to tactics permitted by the Geneva Conventions and the Army Field Manual, pursued all domestic terrorism cases through civilian criminal courts, rejected the notion that the commander in chief can ignore laws he does not like and pledged to close Guantanamo. He has been unable to follow through on the last promise, but this is largely owing to congressional opposition. In his May 2009 speech on national security, Obama insisted he would fight terror while remaining true to our values and the rule of law. He repeated that message in May 2013, while adding that he aimed to end the war against al-Qaida and return to a peacetime footing. And he hasn’t just said so in speeches. When a three-judge panel of the Court of Appeals for the District of Columbia Circuit in 2010 ruled that the international laws of war did not constrain the president’s detention powers, Obama took the virtually unprecedented step of telling the court that it had granted him too much power. He maintained that his detention authority was constrained by international law, and the court en banc agreed, rendering that part of the panel’s decision nonbinding dicta.

Much of the controversy over Obama’s counterterrorism policy stems from underlying disagreements about the propriety and scope of the war. If one takes peacetime as a baseline, the use of lethal force and military detention rather than criminal processes to deal with terrorism is entirely unacceptable. In times of peace, we prosecute terrorists, accord them fair trials and incarcerate them only upon conviction. In times of war, we can detain and kill the enemy’s fighters without trial. So if one disputes the propriety of our war against al-Qaida, then all the military means Obama has deployed are problematic. If one concedes that we remain at war with al-Qaida—for example, the boots on the ground in Afghanistan—then the use of military means such as killing and detention ought not to be controversial so long as they comport with the laws of war. Can anyone really object to the use of a drone, for example, to kill an al-Qaida operative on the battlefield in Afghanistan?

A more nuanced—and credible—critique of Obama would acknowledge that although we are at war in Afghanistan, the conflict should not justify the use of lethal force or other military measures thousands of miles away, in Yemen or Somalia, where we are not at war, and where the groups we are targeting did not even exist when al-Qaida attacked us on 9/11. However, not all use of military force beyond a battlefield are impermissible. In World War II, we captured enemy soldiers far from any battlefield, and no one suggested we could not do so. And if a nation faces a imminent threat of attack, it may use lethal force as a last resort in self-defense, even if the threat comes from nowhere near an active battlefield. But whether and to what extent lethal force may be used in Yemen or Somalia is deeply controversial, even if one accepts the existence of an ongoing armed conflict with al-Qaida. 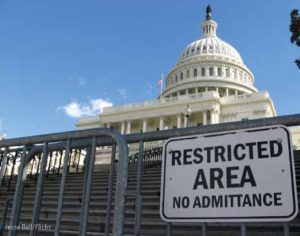 That controversy is fueled by the unacceptable level of secrecy with which the Obama administration has shrouded its drone program. The leaked white paper gives us the most detail yet on the program, but it still leaves many crucial questions unanswered. In May 2013, Obama belatedly acknowledged that he had ordered the killing of a U.S. citizen two years earlier, and also admitted that three other U.S. citizens had been killed as “collateral damage” in drone attacks aimed at others. But does due process ever permit the killing of one’s own citizens in secret? Can deliberate killing of noncitizens go unacknowledged, or does that violate the prohibition on “forced disappearances”? What procedures and standards of proof are employed to ensure that those targeted for drone strikes are in fact fighting for al-Qaida against us? What is the appropriate definition of “associated forces”? How does the ease of killing with a drone affect the assessment of whether capture is feasible, as capture will always entail more risk to Americans? Is it permissible to treat all al-Qaida leaders as presumptively presenting an “imminent” threat justifying lethal force in self-defense, or does that violate the purpose of the imminence requirement, namely to ensure that lethal force is a last resort? Why shouldn’t a court or some other independent entity provide oversight, before and/or after the fact, to ensure that the standards are being adhered to in practice?

These questions will continue to dog the Obama administration as long as it keeps its program largely under wraps. Killing in wartime, unlike torture, is sometimes permissible. Asserting and exercising the power to use lethal force against enemies in a war should not be confused with asserting and exercising the authority to torture. But drones raise new and difficult questions, because they make it possible to kill far from any battlefield, without putting American lives at risk, and in stealthy and deniable ways. These questions deserve full and deliberate consideration in a democracy. If President Obama is committed to fighting terror within the rule of law, he needs to be much more transparent about his exercise of this power. 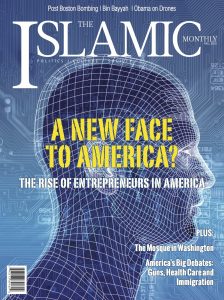 An earlier version of this article appeared in Foreign Policy on Feb. 12, 2013 and revised by David Cole for The Islamic Monthly.

photos from top to bottom