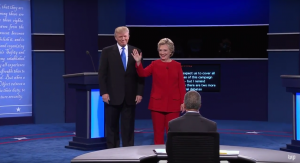 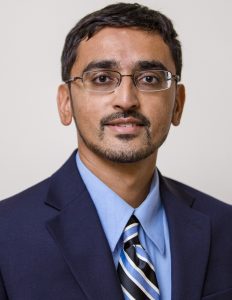 Atif Qarni is a Democratic activist in Northern Virginia. He tweets at @QarniForSenate

The first debate had a lot of hype around it. Many said that it could determine the outcome of the election. In my opinion, there was not a clear winner. The segments focused on Jobs and Economy; Race Relations and Policing; Cyber Security and Terrorism.

Hillary came out swinging and attacking Trump. She coined Trump’s tax plan as “Trumped up Trickle down.” Hillary attacked Trump multiple times in the first segment but he did a good job by providing specifics about Mexico and China.

Trump pointed out energy policies have put a lot of people out of work. He criticized NAFTA, which was signed by Bill Clinton and which cost a lot of manufacturing jobs. He brought up the Trans-Pacific Partnership and how Hillary called it a gold standard. The jobs argument was summed up by Trump as he stated that there are too many regulations and too much bureaucratic red tape. Trump also said that we have had the worst revival since great depression. I also agree with Trump when he said that we are in a bubble right now and if the Federal Reserve raises interest rates the bubble will burst.

Trump was off to a good start but started to fall apart in the second half of the debate when the issue of race was brought up. His strong stance on Stop and Frisk is an unpopular policy and he did a poor job defending his stance on the birther issue.

Hillary did a much better job talking about systemic racism in the criminal justice system. Hillary said people are implicitly biased, and she addressed mental health as another issue that we need to address with our law enforcement agencies.

The debate’s last big segment was on Cyber Security and Terrorism. A good line Donald delivered was that “we came up with the internet and ISIS is beating us at our own game.” Trump also talked about how Obama and Clinton created a vacuum by pulling out of Iraq. He was doing well until he was asked about Hillary being potentially the first woman president. Hillary baited Trump about his past remarks about women, and Trump fell for the trap.

Many folks will say that Trump did poorly, because he stumbled in his response to the birther issue. Nevertheless, I don’t think this debate has solidified the decision for many undecided voters for Hillary.  This election is far from over. 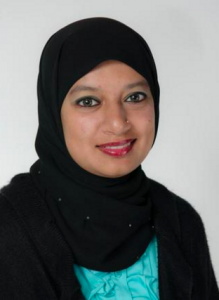 What the American people saw tonight was an agent of change versus the status quo. Donald Trump — is his own man, a man of vision and achievement.  Secretary Clinton is someone who doesn’t know what she believes in and distorts her own record in an attempt to fool America and Americans. Trump was poised, agile, determined and showed to be the exact kind of leader America needs going forward. Trump focused on the issues Americans care about: unleashing the economy, bolstering national defense, revitalizing the inner cities, making good trade deals, bringing jobs back to America and stopping illegal immigration.

Trump will continue to build on the momentum that is at his back. We’re leading nationally, we’re leading in key Battlegrounds like Ohio and Florida, Colorado, New Mexico, Nevada. In contrast, Hillary Clinton represents the Democratic political machine.  Every time she spoke, she sounded rehearsed, memorized and scripted – not authentic or genuine.  She speaks on behalf of special interests and crooked donors. Donald Trump is speeding to victory on November 8th and to Making America Great Again!

Trump got defensive wasting time on taxes while Clinton presented herself as solid and on-message. Trump didn’t go after her about the deleted emails or make personal attacks. The debate was not about issues as the Candidate positions are well known for both sides, it was about Presidential demeanor which was at full display by both candidates. Trump came across a successful businessman and presented his prosperous vision to Make America Great Again for everyone. Clinton being a career politician for over 30+ years presented herself as Diplomatic. Trump could’ve been more aggressive in confronting Clinton on Libya, Iraq and other foreign policy disasters that occurred under her State Department leadership. I disliked how Hillary Clinton accused Donald Trump of consistently insulting Muslims abroad and at home. Trump has toned down his Anti-Muslim rhetoric significantly and has many Muslims working for him at very high levels within his campaign now. Trump did not say anything tonight to alienate Muslim voters. He in fact was on defense but vowed to improve lives of all Americans.

There are two more debates that are coming up. Donald Trump will continue to pick up momentum and likely win the White House this November. Americans are ready for new leadership, career politicians have destroyed the country from within. Donald Trump has the winning temperament and will achieve economic prosperity, reduce taxes, improve race relations and national security. Republican Muslim Coalition looks forward to seeing President Trump win the White House and help regain the United States leadership around the world, Inshallah!