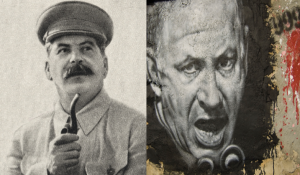 In 1543, German Reformation leader Martin Luther published a pamphlet titled On the Jews and Their Lies [1]. As reflected in the title, one cardinal tenet underlying Luther’s work was that Jews, by the inherent nature of their faith, could not be trusted. They were, in Luther’s estimation, a threat to the well-being of society and should not be tolerated.

Luther’s ideas were nothing new in Christian Europe. Their seeds were planted as early as the first Christian gospels, particularly that of John, and supplemented along the way by John Chrysostom (347-407 CE) [2], Augustine of Hippo (354-430), the Crusades (1095-1300s), the various Inquisitions (12th-16th centuries), the Third and Fourth Lateran Councils (1179 and 1215 CE) [3], responses to the Black Death (1300s), the Franciscan Monk John of Capistrano (1386-1456 CE), Emperor Maximilian I (1459-1519), and a host of papal decrees. Luther was simply reiterating a well-entrenched Christian European perspective. His aim was to help reinforce those views in his own day, adding his own weight of authority behind them.

But Luther was also aware that his choice to publish such a pamphlet in a rising age of print would perpetuate such views among future generations. And so it did. What Luther could not have foreseen was that his pamphlet would, nearly four centuries later, contribute to Nazi German efforts to completely exterminate Jews. As testified to by Der Stuermer Chief Editor Julius Streicher at the Nuremberg Trials (Monday morning, April 29, 1946) [4], a copy of Luther’s work was kept on hand and made use of by his publication, which was the main German Nazi propagandist journal. It was likewise displayed at the 1934 Nuremberg Rally and possibly others. Still more, it was appropriated by a large number of German Protestant theologians and clergy [5] to help convince their members and the broader German public that Nazi anti-Jewish propaganda was, as Hitler himself had asserted in Mein Kampf, in accordance with God’s will, for God’s kingdom and glory.

While many Western Protestant Christians go to great lengths to excuse Luther and multiple other European Christians, both Protestant and Catholic, for acting against their better judgment [7] in relation to Jews, including their role in Nazi Germany, no such grace or mercy is extended to Muslims. As demonstrated in October 2015 by Israeli Prime Minister Benjamin Netanyahu [8], Muslims and Islam are, instead, to be condemned wholesale for their (limited) role in collaborating with the Nazis. Netanyahu was not only borrowing from recent studies by Israeli scholar Barry Rubin and his German-American co-author Wolfgang G. Schwanitz [9], but also reflecting the earlier spirit of Joseph Stalin. Never mind that multiple thousands more Muslims rejected Nazism and fascism [10] and fought alongside Allied forces against Hitler in World War II [11], with some even hiding or helping Jews escape. Their (limited) role in collaborating with the Nazis has continuously been highlighted as further evidence of all Muslims’ allegedly violent and untrustworthy nature, providing still more grounds for, in Stalin’s case, their wholesale deportation from their homelands [12], or in Netanyahu’s politics, maintaining tight restrictions upon their human and civil liberties. 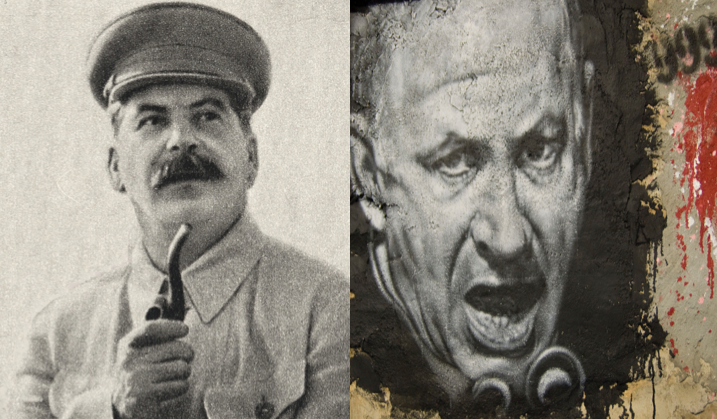 If one is looking for historical and contemporary precedents for the expressed attitudes and suggested policies of the 2016 U.S. presidential candidates and their supporters concerning Muslims [13], first and second on the list should be Stalin and Netanyahu, closely followed by comparisons to Luther’s and much of the Christian as well as later emerging secular West’s attitude toward both Jews and Muslims. In fact, the long history of prejudiced, denigrating and, at times, outright violent Western Christian and secular racist attitudes and policies toward Jews, which ultimately culminated in the Holocaust, have been directed toward Muslims in nearly equal measure across the centuries [14].

While not resulting in anything on the scale of a holocaust, similar underlying attitudes and even assaults historically preceding that momentous event are evident not only in the deeper European past, but also more recently, for example, in the 1700% spike in assaults against Muslims and/or Middle Easterners — including anyone mistakenly assumed by outward appearance to be Muslim and/or Middle Eastern — in the single year after 9/11. Similar spikes in assault incidents against Muslims have followed the Paris and San Bernardino attacks. Rising tensions created by limited terrorist incidents coupled with increasing Muslim populations throughout Western Europe and North America give due cause for concern over protection of their freedoms, rights and even personal safety in these socially fostered environments of fear, distrust and even outright hostility.

Indeed, the rise of ISIS/ISIL in conjunction with the nearly 15-year war on terror has, like (limited) Muslim collaboration with the Nazis, served as fuel for the fires of anti-Muslim sentiment among vast numbers of Westerners still bound by the ill-informed and inconsistent views inherited uncritically from their ancestors. Meanwhile, a Jewish rabbi, founder of what later became Christianity, long ago advised his followers: Deal first with your own massive problems before trying to address those of your fellow human companions in the world. Or, as a respected scholar once put it: Never compare their worst to your best. Still, fundamentalist and evangelical Christians (particularly those in the Christian Zionist camp) are like Joel Richardson, who preaches sermons and has published New York Times’ best-sellers The Islamic Antichrist and Mideast Beast [15], and Gary Cass, who says an armed holy war is the only viable option against the “Islamic threat.” [16]

The story about Cass was picked up from American media and re-broadcast by a Muslim website in Central Asia [17], highlighting the negative and even dangerous impact that such rhetoric has well beyond our borders. Like Luther’s pronouncements against The Jews and Their Lies, anti-Muslim propaganda inspired by Western religious and political leaders and their faithful supporters will, in the end, lead only to more unjust crimes against humanity. They will also help reify falsely constructed notions of two monolithic civilizations clashing against one another, leading to further unnecessary conflict and violence. Policies suggested by presidential candidates are part of a much larger paradigm problem whose defamational and discriminatory roots run deep in Western history. The hour is crucial. This is no time for perpetuating misrepresentations of the past and the injustices and violence that they have before and will only again surely breed. Statistically, much graver American homegrown threats such as mass public shootings, militant anti-government movements [18] and racist police brutality deserve to take priority among issues addressed by presidential candidates and other Americans.

Also statistically, the vast majority of the world’s 1.2 billion Muslims remain peaceful and law-abiding [20], including those throughout Europe, North America and Australia. And they come from widely diverse linguistic, cultural, national and theological backgrounds, the great minority of whom promote terrorism as a legitimate means of resolving religious, social and political issues.

The history of Islam in America [21] can be traced to its earliest origins when African Muslims were among those “granted” passage on slave ships [22]. Until recently, that history, like of Africans themselves, has been excluded and denied its rightful, integral place in our national narrative. Denise Spellberg [23] aptly reminds us, however, that Thomas Jefferson and other Founding Fathers argued explicitly for inclusion of “Mohametans” (aka Muslims) as trustworthy, rightful citizens of the immigrant nation they envisioned, in hopes of achieving true freedom and justice for all.

“My thanks to John Voll and Arifa Chaudhry for critically reviewing this article before publication. Responsibility for its final content remains of course my own.”