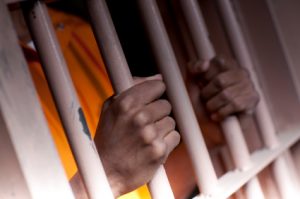 If there’s a terrorist attack, you can bet that you’ll hear about it, whether from a newsfeed, internet, television or radio program, or a newspaper.  And if a Muslim is behind it, then media coverage will certainly delve deeper into the perpetrator’s religious identity and motives.  But, you might have noticed that recently there has been scant headline drama about “homegrown Islamic terrorism.”  Lately, Pundits on tv news shows haven’t exactly been ranting about Muslim terrorists lurking in our backyards.

Perhaps because terrorist attacks by Muslim-Americans has been steadily declining over the past few years.

New studies reveal that domestic or “homegrown” terrorism incidents by Muslim-Americans have dropped for the third straight year.  This assessment is echoed in the findings of another recent report on Muslim radicalization in American prisons [1], which asserts that violent extremism emanating from prison is relatively rare.  Altogether, the data suggest that the pulse of radicalization in the United States is weakening.

Reports from the Triangle Center on Terrorism and Homeland Security [2] and the Congressional Research Service [3] (CRS) indicate that homegrown terrorism is declining after a brief spike in 2009.

Although these reports confirm a decline, each uses different metrics to arrive at this conclusion.  Whereas the former’s methodology uses the number of individuals “indicted for violent terrorist plots” (totaling 209 since 9/11), the latter bases its findings on the number of plots over the same time period (totaling 63).  Both sets of data suggest a shift from crime organizations to individual actors behind the plots. Moreover, they indicate the relatively low number of deaths due to religious extremism.  According to the Triangle Center, “Since 9/11, Muslim-American terrorism has claimed 33 lives in the United States, out of more than 180,000 murders committed in the United States during this period.”

While these findings may help to reframe the narrative about Islam in America, the idea that prisons are havens for terrorist recruitment continues to lurk.  Despite the hard facts, some people remain steadfast [4] in their belief that Muslim-Americans are not to be trusted.  Since 9/11, there have been three congressional hearings on prisoner radicalization as well as countless warnings of the growing danger of Muslim prisoners.  In a Fox News [5] interview, Representative Peter King illustrated the point, embellishing the danger with a foreign twist:  “The only group in prison which is tied to overseas terrorists which is part of an existential threat to the United States are radical Islamist Muslims.”  Guided by the perception that prisons are “fertile soil” or “breeding grounds” for terror recruitment, the three hearings have presented little in the way of accurate data on the subject. 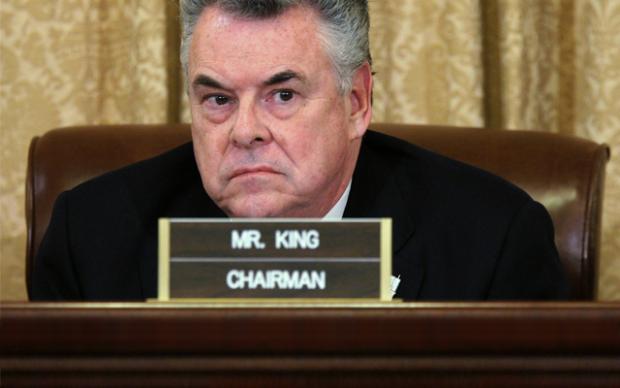 What about Jails & Prisons?

A section of the CRS report, titled “Jailhouse Jihadism,” notes tensions between alarmist warnings about Islam in prison and the fact that violent extremism is quite rare.  It shows that in the post-9/11 era, there has been only one documented case of prison-based jihadism in the U.S.  This, according to the report, is partially due to prison officials’ efforts to counter “jailhouse jihad.”

However, the study cited by CRS sits at odds with research from the Institute for Social Policy & Understanding [7] (ISPU), which indicates that, in fact, prison policies and actions of personnel often facilitate radicalization.  Specifically, the ISPU report cites that hiring restrictions placed on imams from prisons has helped to foster inmate radicalization.  The policy of restricting imams created a vacuum in Islamic leadership and left prisoners to take up the slack and lead services themselves.  It afforded space and quite literally, a captive audience, for charismatic gang leaders or others with ulterior motives to speak in the name of Islam.  In other words, the policy worked to stoke rather than stop radicalization.

The defective policies in hiring also likely relate to the rise of so-called “Prislam” groups.  Such organizations have been described as a permutation of gang culture that appropriates Islamic names and idioms, but are not tethered to any doctrinal account of Islam.  The slowdown in hiring imams may have seemed sensible to prison officials, but it was mistakenly premised on the idea that radicalization was imported by imams from outside the jailhouse walls.  Little did they consider how the gap in religious personnel would pave the way for inauthentic voices to take up the pulpit.  Hence, rather than normalize the Islamic voice in prison, the policy engineered a shortage in leadership that some prisoners were more than willing to exploit.

Beyond failed policies by prison officials, the ISPU report notes other factors that contribute to radicalization.  For example, in ethnographic accounts, inmates repeatedly invoke the criminal justice system and discrimination against Muslims as factors that contribute to inmates embracing extremist ideology. Whether from disaffection based on experiences with law enforcement, the court system, prisons, or guards, the justice system is viewed by some as anything but just.

At the farthest fringes are those who adhere to the idea that America is “at war with Islam,” a vision largely informed by high profile events on the outside: Quran-burnings, mosque-burnings, spying on Muslim communities, anti-Sharia legislation, among other oppressions and a backdrop of real-time U.S. wars against Muslim countries.  Taken wholly, this sentiment roots radicalization deeply in American soil and demonstrates that American prisoners have no need for proselytizing efforts from foreigners or international terrorist networks—there is plenty of fuel for radicalization at home.

Although radicalization to the point of adopting violence remains the very rare exception for prisoners, according to the ISPU report, analysts have distorted the scope of the problem.  This is particularly true of those who make religious “conversion” synonymous with “radicalization.”  The implications of conflating the two are more than academic since, conceptually, they are prone to point in opposite directions: For a convert on a journey to finding inner peace, the thought of violence perpetuated in the name of religion will be an anathema.  Indeed for one on a path of redemption, plotting violence may be the furthest thing from a believer’s mind.  Moreover, failure to distinguish these concepts leads to empirical misunderstandings.  For example, although 30-40,000 inmates are estimated to convert to Islam annually, only a fraction will embrace extremist ideology, and of those very few will engage in extremist violence.  Assessing the prevalence of radicalization in terms of conversion overstates the scale of the problem and feeds into fears about Islamic extremism in prison.

In addition to such flawed analyses, blatant mistruths have been propagated about prisoner radicalization.  Indeed, since 9/11 pundits and politicians alike have built a big house of cards using names like Jose Padilla, aka “the Dirty Bomber,” Richard Reid, “the Shoe Bomber,” Michael Finton, James Cromitie, and others as poster-children for radicalization in the big house.

These examples, however, have failed to withstand the test of time, and there is little to no evidence to support that each was radicalized in prison.  Jose Padilla’s case is particularly misleading since his history indicates that he did not even convert in jail, let alone become radicalized there.  Rather, court documents indicate that he did not express interest in converting until after his release and did not officially convert until later still.  Given these facts and given that his arrest in 2002 came a decade after his previous incarceration, the claim that he was radicalized behind bars is doubtful, at best.

These distortions about Islam in prison, however, contrast with a growing body of evidence that offers a very different narrative.  Since the 1950s when Malcolm X converted to Islam, the religious teachings have brought a sense of order and discipline to lives characterized by chaos and violence.  By the 1960’s Islam’s role in helping inmates with alcoholism, drug addiction, and adjustment to prison life, was noted by C. Eric Lincoln’s ground-breaking The Black Muslims in America.  More recent findings [8] indicate that the religion may helps inmates stay out of prison, as the nationwide recidivism rate for Muslims is about 8%, compared to 40% for Catholics and Protestants.

Despite Islam’s positive impact on prison culture, in post-9/11 America, corrections officials have embraced an aggressive posture toward Muslims, the likes of which are responsible for the ongoing shortage of religious leaders and legitimacy.  To remedy this imbalance, the ISPU reports recommends that prison officials work to create a more pluralistic religious environment.  As Islam is a complex religion with many competing viewpoints, programming should reflect this in the opportunities it provides to inmates.  Such measures may take various shapes, including providing inmates access to qualified religious leaders, access to materials from various denominations, and the opportunity to learn Arabic.  As a quick fix, prisons could telecast live services at an outside mosque to prisoners inside.  Although these are some possibilities, the overarching intent of the programming should aim to foster a marketplace of Islamic ideas.  This recommendation is based on the premise that having more viewpoints within the religious discussions is better than fewer.  It will help ensure that prisoners do not become stuck with having to worship under the leadership of opportunistic radicals or with no one at all. 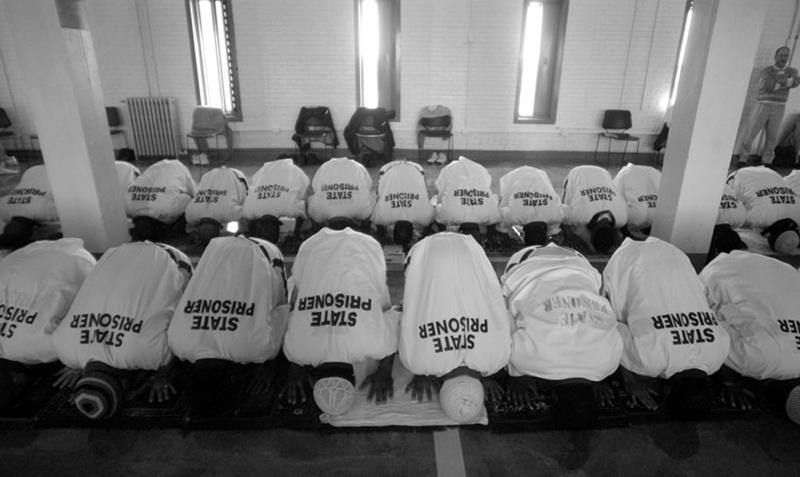 Of course, no recipe to prevent radicalization on the inside can reach its potential if outside conditions lead to failure.

The problem for an inmate here is two-fold.  First, returning offenders are often poorly prepared to reintegrate to society successfully.  Few have received meaningful education or vocational training and many lack the bare essentials to survive on the outside, often being released to society without a driver’s license/ID, birth certificate, or social security card.  Second, there are many civil barriers that await ex-felons who return to society, including restrictions in housing, employment, licensing, and other collateral consequences that almost guarantee failure.

As Padilla, Reid, and other cases soberly suggest, rather than exemplify prisoner radicalization, these individuals are better conceived as examples of failed re-entry policies.  They illustrate the options on the table—either support released prisoners at this vulnerable moment or live with the consequences of allowing others to do so.  This point is critical, for as history has shown, when individuals come out of prison with no money, few prospects for work and housing, and little support, gangs are not shy about stepping up recruitment efforts.  The reality that awaits prisoners on the outside underscores the urgent need to stabilize prisoner re-entry to society.