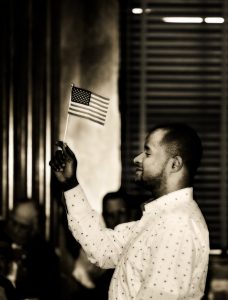 To Survive, Muslim America Needs to Turn Back to Its Roots in the Black Experience

The year 1965 was a turning point in the history of Islam in America. In February of that year, Malcolm X, arguably the most influential American Muslim of his era, was assassinated at the Audubon Ballroom in Harlem. Months later, while the country remained in the grip of racial tensions between black and white Americans, President Lyndon B. Johnson signed the Immigration and Nationality Act.

These two events would wind up changing the course of American Islam forever. Black Muslims, who at the time were overwhelmingly the face of Islam in America, lost one of their most influential and charismatic national figures. At the same time, the Immigration Act removed racial quotas that had previously banned immigrants from Asia and Africa, including from predominantly Muslim countries, from coming to the United States. 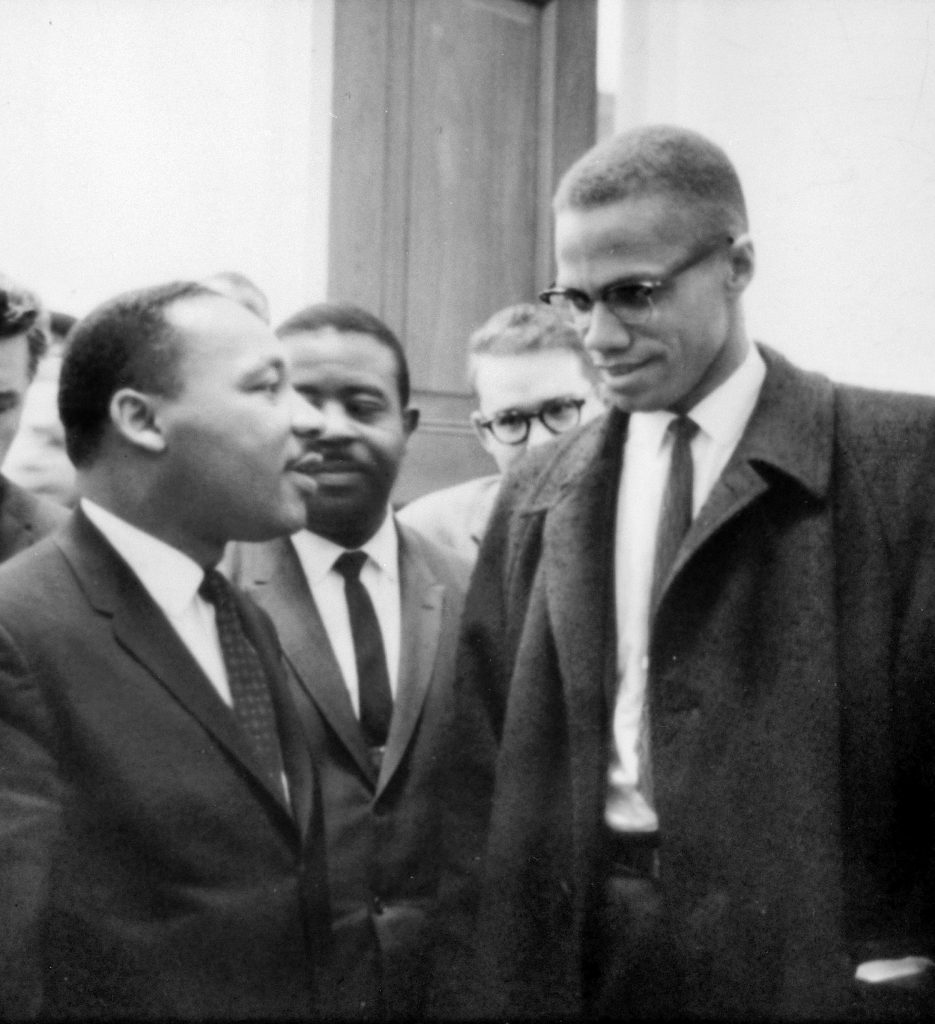 Over the coming decades, Muslim immigrants came to the United States in considerable numbers. They founded businesses, schools, civil society organizations and university student groups in part to help proselytize Islam and to give themselves an assertive new identity in a new country. Over time, the perception of Islam changed for the majority of Americans.

While the religion may have been “alien” before, the perception of it was rooted somewhere in the American experience. Islam first took root in America as a Black Nationalist phenomenon associated with the Nation of Islam and the quest of its leader, Elijah Muhammad, to spiritually and materially uplift the urban black poor.

But after waves of immigration from South Asia, the Middle East and Africa, Islam suddenly started to become “foreign” again. The nature and perception of Islam in America began an inexorable transformation. As immigrant Muslims began to outnumber Black American Muslims, Islam began to be looked at not primarily as a phenomenon of 1960s Black America, a relative of the civil rights struggle, but as an implant from distant lands, particularly the Middle East.

While many Black Americans, Malcolm being a forerunner, began to leave the Nation for orthodox Sunni Islam, the religion that immigrants brought with them also came along with worldviews and practices that were not always consonant with the daily struggles and interests of Black Americans. Most immigrants wanted to integrate instead of challenge the American system in some radical way like Black nationalist organizations. The relationship between the two Islams was not necessarily acrimonious, and in a great many cases, we have seen beautiful cultural synthesis and evolution. But the fact remained that Islam lost much of its momentum as a mass movement for social justice on behalf of Black Americans, and became instead, for a time, just another religion in the tapestry of religions in America. Instead of presenting a united front, many Muslims had varied goals and perspectives.

Now, however, that is changing. The Middle East, the region with which most Americans associate Islam, is imploding. Horrific scenes of Muslims in countries such as Syria and Iraq committing heinous deeds in the name of Islam and increasingly threatening to bring that violence to the United States dominate headlines. Suddenly, Islam has become not just foreign, but foreign and hostile.

Immigrant Muslims have long dominated America’s Islamic institutions, but this has been problematic for a number of reasons. There is now a sense of urgency in saying that we need to return the leadership and image of Islam in America to the Black Americans who first founded it here. Doing so requires looking at how immigrant Muslims took some wrong turns in trying to “fit in” to their new home in the United States. 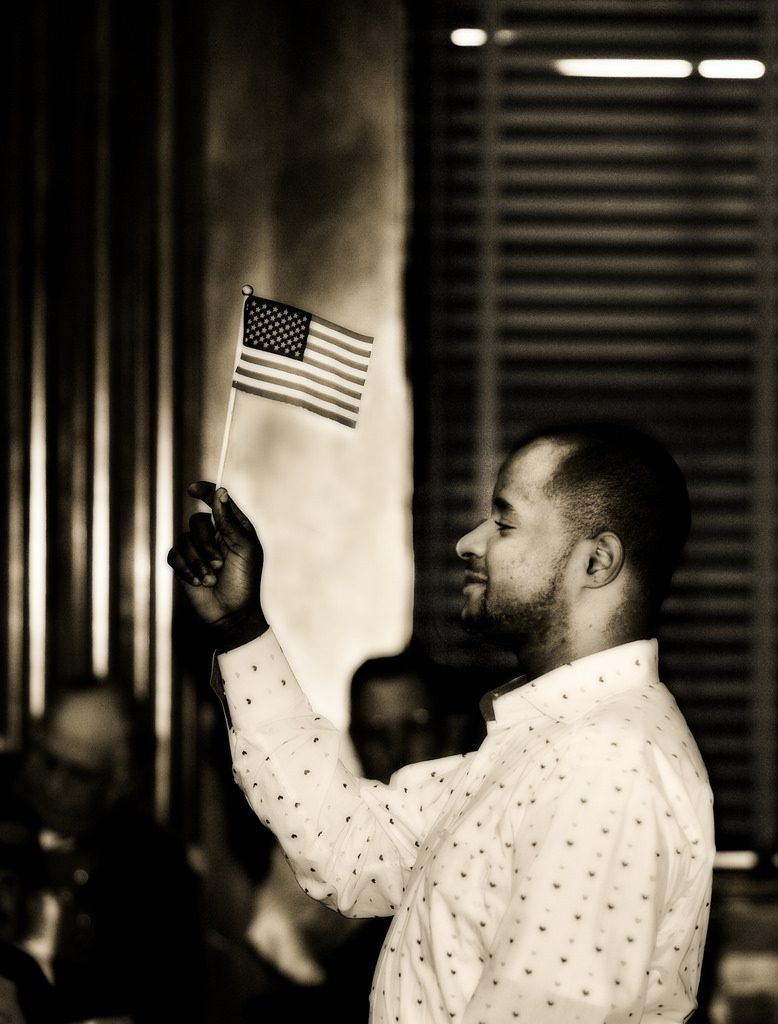 The greatest dream of any group of immigrants to the United States has always been to “become white.” It seems a distant memory today, but when they first arrived, the Italians, Irish, Eastern European Jews and others who came to the United States were viewed as foreign, suspect and decidedly not “white,” as the term had applied to Anglo-Saxon Protestants. Many existing Americans believed these immigrants were bringing an alien religion, culture, food and dress to the United States. It took decades for them to finally win acceptance and blend into the “whiteness” of the United States

The initial trickles of Arabs arriving in America also sought to be “white,” because at the time, being any other color was a one-way ticket to denial of full citizenship as well as social marginalization. Although many were Christians, in a great historical irony, the precedent they set would have an impact on Muslim Americans to this very day. In 1909, a Lebanese immigrant living in Los Angeles named George Shishim sought to become a naturalized citizen of the United States. In determining Shishim’s eligibility, a court had to determine whether “Middle Easterners belong to the white race and are therefore entitled to naturalization as American citizens, or the yellow race, and are to be excluded from the privileges of citizenship.”

Upon comprehensive judicial review, the Superior Court of Los Angeles decided that Shishim, and accordingly, all Middle Easterners were, “of the white race.” This left the door open for Middle Easterners, Muslim and Christian, and later South Asians and North Africans — often popularly conflated with the Middle East in the American popular imagination — to try and obtain the respectability of “being white.” (David Roediger offers a comprehensive overview of this phenomenon in Working Toward Whiteness [5].)

And for decades, they tried. Muslim immigrants came largely from professional classes and saw their social and economic interests align with conservative politics. For their coreligionists, Black Americans, this was anathema. Conservatives were generally contemptuous, if not hostile, toward Black Americans and their claims, but this did not stop immigrant Muslims from voting in their own interests.

A statistic often brought up mostly in a sense of bitterness is that in the 2000 presidential election, over 70% of Muslim Americans voted for the social conservative agenda of George W. Bush. Within one year, the folly of this choice became apparent.

September 11 marked the end of Muslim American immigrants’ quest to “become white.” The attacks and the events that followed showed that the door to “whiteness” would forever be closed. Second-generation Muslim Americans live and identify with the margins of society far more so than their parents did. A campaign this year by activists to formally add a demographic option to the census for Middle Easterners is a reflection of a new consciousness: that Muslims would henceforth be the “other” in society, not necessarily alienated, but also not able to dissolve anonymously into the great ocean of the mainstream.

Immigrant Muslim Americans realize the need to find their place in a country where the rules have changed. They may find their answer by embracing their Black American brothers and sisters, who have been rooted here far longer than they, and who, for all the challenges they’ve faced, have a great degree of social capital and respect in this country. Black Americans, regardless of whether they are Muslim, are recognized as undeniably American. It’s time for Muslims of all backgrounds to work as a unified front in restoring the image of Islam in America, and especially to ensure that Black Americans have leadership roles in this process so they can help in crafting a place in the United States where Islam can once again be seen as organic and not alien. 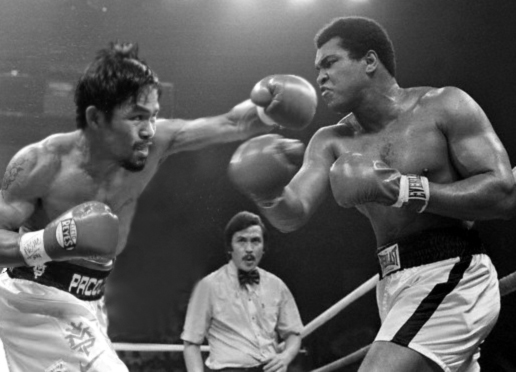 There was a time in the United States, not long ago, when the most famous sports star in the country was a man named Muhammad Ali. Black Americans took part in the culture of the country at its highest levels in a way that galvanized the nation’s attention and created an image of Islam that was unapologetic, proud and ultimately popular.

Unfortunately, in the years since Ali first came onto the scene, we have let that social capital languish.

Today, not a single major Muslim civil society organization in America, including CAIR and ISNA, is led by a Black American Muslim. The face of Islam is seen as almost completely immigrant, and as such, the cause of normalizing a universal religion in the United States is inexorably wedded to geopolitical developments in countries beyond the control of Muslim Americans themselves. Accordingly, and partly due to the strategies and rhetoric of Muslim American organizations, Islam in America is constantly seen through the prism of foreign policy, not to mention national security.

We have no shortage of brilliant, capable and eloquent Black American Muslims. If Islam is to survive in America, it needs to go back to its roots in the Black experience, and to people who can articulate an Islam that is at once unapologetically Muslim and undeniably American. To do so, we need Black leaders, both men and women, to help lead and develop our national organizations and to steer them in a direction that will allow all Muslims to once again feel like they belong in this country.

Growing up, the experience of attending jummah (Friday) prayers would always be hit or miss. Sometimes the khutbah (sermon) would be moving and enlightening, and sometimes it would be nearly incomprehensible or even disturbing. With remarkable consistency, however, lectures by Black American speakers would always speak to me and those around me the most, as we were largely second-generation Americans who had been raised in this country. They were speaking to an experience that was all around us, not referencing back to a country across the ocean that we knew only from visits and family connections.

For Islam to survive and thrive in America, it’s time to look to Black Americans for insight and leadership. They are the ones who first successfully made Islam “normal” in a country that did not accept them, and in the face of persecution and against all odds, were able to build a home.

The magazine can now be purchased with print on demand!  Purchase a single issue here. [10]