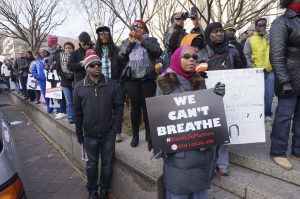 Abandoning Blacks in their Quest for Social Justice

Blacks in the United States have engaged in interracial and cross-cultural solidarity since slavery. This country’s history contains a litany of examples of blacks reaching outside their culture and communities to advance social justice for everyone. As a result, members of non-black groups and movements bolstered their ranks with black bodies, disseminated their message through society and attained success. Unfortunately, the same groups frequently abandoned blacks and ignored specific issues stemming from systemic racism that adversely affect them. This meant that blacks inevitably ended up having to forge ahead, forsaken in their quest for social justice. 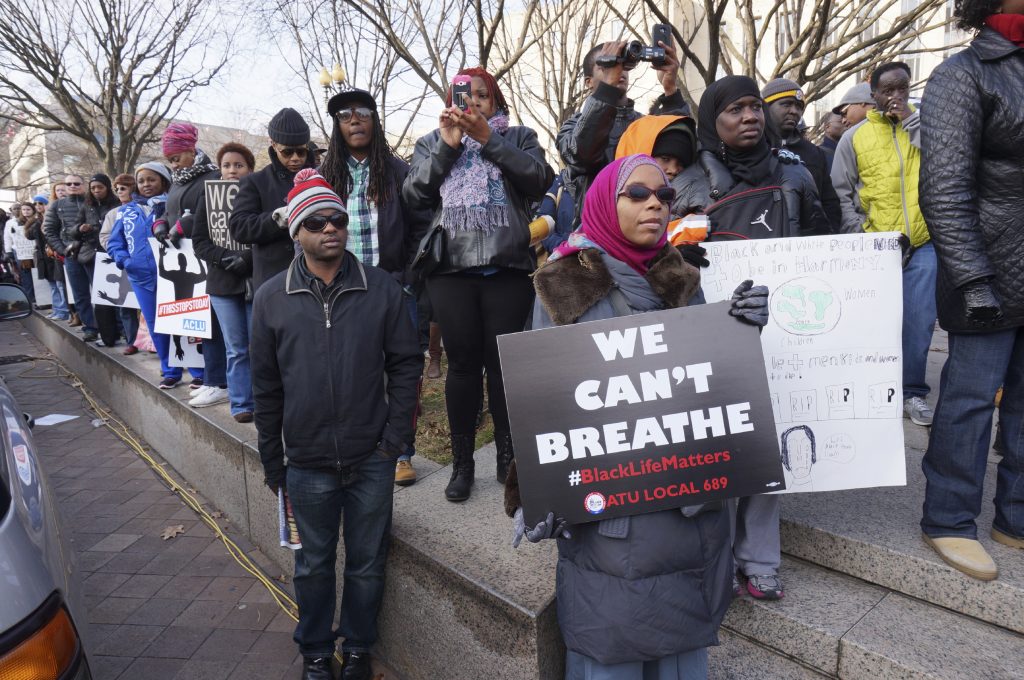 During the 20th century, the women’s, labor and LGBTQ movements all courted blacks by assuring them that their oppressions were the same and that they should resist together. Many people in these movements were most likely genuine in their sentiment and desire to rage against the system that subjugated them and their black brothers and sisters. However, blacks frequently discovered that these movements had little interest in recognizing the effects of racial oppression on their lives or issues of black-specific oppression. Blacks were a means, not an end.

Labor groups included blacks in their unions but neglected to effectively address racist hiring and employment practices. LGBTQ movements encouraged black inclusion in the fight against homophobia but disregarded issues of housing discrimination and police brutality that gay, queer and transgender blacks were subjected to due to racism. Consequently, non-black movements have formed unilateral lines of solidarity with blacks; however, their indifference to change the country’s dysfunctional race structure has made them complicit in racial oppression.

The recent camaraderie between non-black and black Muslims in fighting Islamophobia, while encouraging, begs the question: Is this another example of the exploitation of black bodies and their social capital in resisting oppression to advance a specific platform? The primary intent of this query is not to question any person or group’s commitment to social justice. However, there is no denying that anti-black racism is pervasive within non-black American Muslim communities [2].

The diffusion of racism in American Muslim communities conflicts with the anti-racist teachings of Islam. Consequently, native-born black Muslims frequently encounter racial microaggressions that alienate them from non-black Muslims and deter unity. At the same time, immigrant Muslims often harness concepts of universal brotherhood to beseech native-born American Muslims to engender concern for the global devastation of Muslims. As a result, mosques throughout America are peppered with flyers about the demoralizing conditions of Muslims in foreign lands, while devoid of calls to uplift impoverished black communities or mobilize against the escalating police brutality within them.

The common response received as to why immigrant Muslims choose to overlook black oppression in the U.S. is that they are “non-Muslims,” which is problematic. First, the expectation for Muslims to fight against social injustice does not come with religious qualifiers. Second, it infers that either non-Muslims don’t exist in Muslim countries or that their ethnicity supersedes concerns about religious affiliation, which doesn’t extend to American blacks. Nevertheless, black Muslims consistently find their immigrant Muslim brethren indifferent to their plight as blacks in the American racial structure. Thus, decades of intra-Muslim racism serve as a backdrop to present efforts to unite Muslims under the common oppression of Islamophobia.

Islamophobia involves generating a social narrative that frames Muslims as innately violent insurgents who seek to destroy the “American way of life” — code for white Christian. American Muslims face a variety of bigotry and discrimination resulting from Islamophobia, and their struggle against it necessitates alliances within and outside the American Muslim culture. However, the effects of Islamophobia on Muslims should not be generalized and nuances regarding race need to be examined.

For example, in addition to Islamophobia, black Muslims face the tenacious issue of police violence in their communities, which represents an immediate danger to them. Race also increases the potential for black Muslim women to be impoverished and subject to domestic violence. Therefore, racial oppression presents comparatively more hazardous ramifications to the lives of native-born black Muslims than Islamophobia. Hence, it is necessary for Muslims outside black culture to avoid the mistake made by other non-black social groups and to recognize the importance of addressing racial oppression in the crusade for social justice.

There have been efforts by non-black Muslims to raise awareness about the caustic inequities imposed on black communities due to racism and to criticize non-black Muslim complacency. Critical race theorist Khaled Beydoun consistently addresses Arab and immigrant Muslim communities about the need for them to recognize and help fight against black racial oppression. In his article, Why Ferguson is Our Issue: A Letter to Muslim America [2], Beydoun notes that non-black Muslims consistently “borrow from Black struggle as a means to advance our political or strategic ends. And without pause, condemn Black victims or look the other way during ongoing moments of Black crisis.”

American Muslim scholar Omar Suleiman redresses [5] non-black Muslims for their blatant racism by rejecting black Muslim suitors for their children and for hypocritical endeavors like selling unlawful products that damage black communities. So there is a voice emerging from non-black Muslim Americans encouraging true solidarity and creating a cohesive American ummah by recognizing and combating racism within Muslim communities and the larger society. However, voices against intra-Muslim racism and non-black Muslim complacency toward black oppression need to increase.

Given past and present contentions about race and racism between native-born black and non-black Muslims, it is not surprising that some black Muslims may be wary as to whether their non-black brethren are ready to join them in their struggle against persecution. The American Muslim community will not advance as long as the fetid condition of racism permeates its members. Unilateral solidarity is both counterintuitive and counterproductive. The Islamic ideals of solidarity, as modeled by the Prophet Muhammad and his companions, fosters an appreciation for the diversity within the ummah and how injustice is nuanced by intersections of race, class and gender. Thus, engaging in anything less than multilateral solidarity efforts seeking to eliminate all forms of repression will impede efforts by Muslims to cohesively root out a sundry oppression.