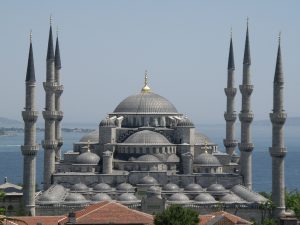 That a suicide bomber detonated himself on the orders of a so-called caliph, outside a mosque built by an actual caliph, is a pretty good analogy for the crisis of modern Islam. The ancient Roman square outside Turkey’s storied Blue Mosque was the target, or as close as the attacker could get to his intended target. The famed structure, named for Sultan Ahmet who commissioned it in the 17th century, is decorated inside with fantastic tilework, and is so casually called the “Blue Mosque.” 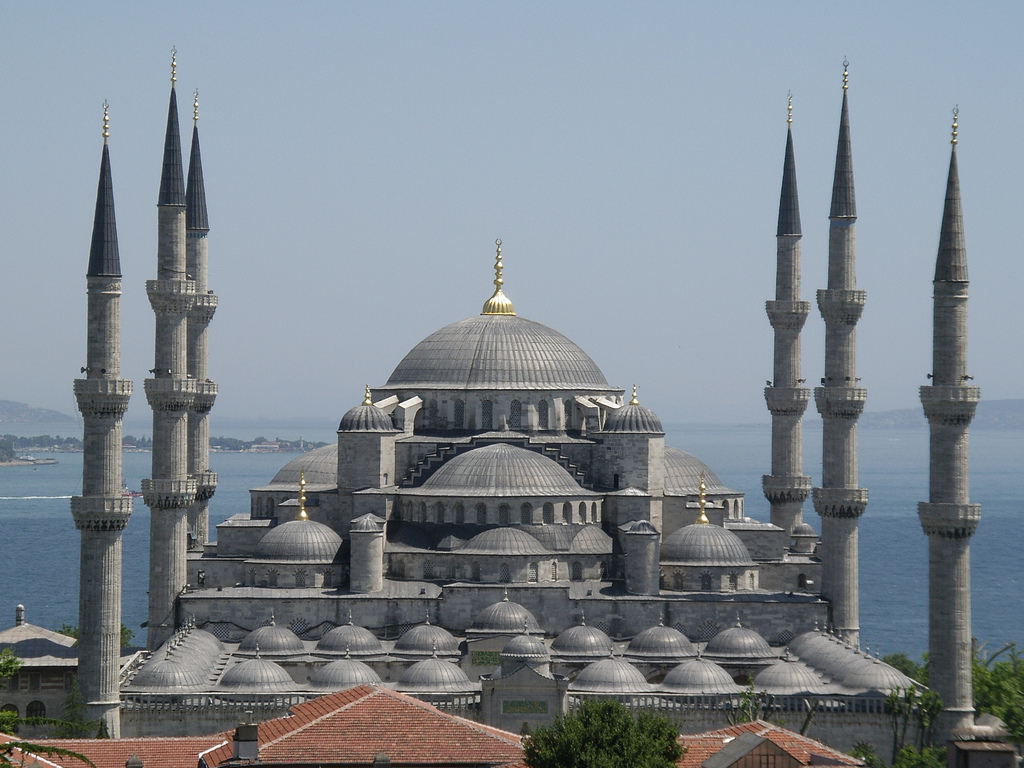 That the last caliphate built world heritage, and the current, claimed caliph spends his time bombing, savaging, destroying or pilfering world heritage, is a solid analogy for the difference between classical Islam and modern jihadism. The Ottomans were, of course, conquerors. They were not liberal secular democrats. They weren’t even illiberal populist democrats. They were a military empire. But then again, so was nearly every other major power in the world.

The Ottoman approach was rather more imperialistic than colonialist. When its forces seized Constantinople in 1453, it was seen in Christian Europe as the end of the eastern Roman Empire. The Ottomans, however, considered themselves heirs to Rome, and called their wealthiest province “Rumelia”; they called themselves Padishahan-e Rum, or the Emperors of Rome. For centuries, they battled the papacy and its Spanish and Portuguese allies for control of the Mediterranean, which they viewed as being the fulfillment of their Roman claims.

Sultan Mehmet was exceedingly young when he captured the city after a long battle; he intended to conquer Rome too, but died before his army reached that far. The middle-aged monarch collected metropolises the way I collected action figures in my youth. But because Turks had no concept of primogeniture, the death of every emperor meant an immediate grueling contest — to the death — between all immediate male relatives as to who should rule next. It was meritocratic. It was also appalling.

Then again, if you’re going to go around seizing territory by force, I suppose there’s some decency in at least submitting yourself to potential death in exchange for such enormous power, free of term limits. When Mehmet died in 1481, the bid for Rome went with him. Later, the Ottomans snatched Damascus, Baghdad, Cairo, Jerusalem, Mecca, Medina, Tunis, Algiers and became fixated on Vienna. Back then, and until very recently, nations didn’t have natural boundaries.

You expanded, or you contracted.

The Ottomans spent a lot of time expanding, and an equal amount of time contracting. Eventually, the empire collapsed, out of its own poor judgment. When World War I started, the military dictators who dominated the state and ruled in the name of a titular caliph, decided to join on the side of Germany and Austria-Hungary. The Ottomans had spent the previous century being decimated by other European powers, and then decided to try to expand again. That should go down as one of the worst decisions anyone has ever made.

Ironically, they fought this time on the same side as Vienna, and history rewarded this stupidity by not only including the Ottomans among the several monarchies erased in the aftermath of the “war to end all wars” (maybe if they’d called it “if you think this is bad, wait till the next one,” it would’ve put folks in a much more cautious mood), but the Ottoman and Austro-Hungarian empires disappeared entirely. Vanished. Completely.

With the caliphate abolished, Ataturk moved the capital to a dull city on the central plateau and renamed Constantinople — too Greek for his xenophobic nationalism — to Istanbul. (Maybe he thought nobody would be able to find it on a map and spare him the challenge of competing with Ottoman symbols and cultures.)

If you have not been to Istanbul, I recommend you go. Not only is Istanbul still by far the grandest, greatest city of Turkey, by any measure, it pulses with life, energy and a history that can strike us Americans as overwhelming. Before the pilgrims had even landed at Plymouth Rock, the Blue Mosque was finished and the empire for which it stands had already been standing for 300 years, which is longer than we’ve been a country. If you take seriously the Ottoman claim to be heirs to Rome, which many Muslims did, then the Roman Republic and its various successors stood for 2,400 years.

The most famous beautiful mosque in Istanbul, in my opinion, was not Ahmet’s, but the one built by an engineer known as Sinan, and commissioned by a sultan named Solomon. Sultan Solomon also built the great walls around Jerusalem and was quite aware of the resonance. His mosque, known as Suleymaniyye, is perched atop one of the city’s many hills, and is a bit out of the way. Sinan himself is buried in an open-air grave, in marked contrast to the overwhelming structure he left the world.

If you face Sinan’s tomb, there’s a street named after him that runs beside and behind his grave and down the side of the hill. On the left are numerous cafes; climb to the topmost floor of one of them and you’ll get not only lung cancer (that’s the shisha), but also a view to die for (so it was worth the damage done.) You’ll see all Istanbul spread out before you, a view of two peninsulas that are Europe and the Asian continent across from it, a city of millions, a capital of too many kings to count, marked ironically by a lowery wistfulness the Turks themselves call huzn, or sadness, the kind of melancholy that does not leave you sad, but eager for something warm.

Some might compare ISIS with caliphates of old. I think the comparison is dangerous. The early Ottomans quickly married into leading Greek, Christian families; very soon, in fact, the dynasty itself was Turkic only in name or in the wishful thinking of 20th-century nationalism. This would be like Abu Bakr al-Baghdadi taking Shi’a Muslim and Christian, Arab and Persian, Syrian and Iraqi, wives to bind his line to the great powers around him. The kings of Europe did the same thing, and for the Ottomans, plural marriage was not taboo.

Though the Ottomans were not, by any measure, egalitarian republicans, it is instructive to note this comparison between them and Da’esh, and another obvious one, because ISIS deliberately struck a tourist site and turned travel into a target. All the heritage ISIS seeks to destroy, all the famous places it seeks to attack, all the ethnic groups its has tried literally to wipe out, lived under Ottoman rule for centuries. It’s no different than noting that while the czars of Russia may not have been very enlightened, what came after them was far more brutal, far more damaging, far more disastrous and far more modern. It also did not last nearly as long.

I can only hope the same will be said for Baghdadi and the terrorists who do his bidding.