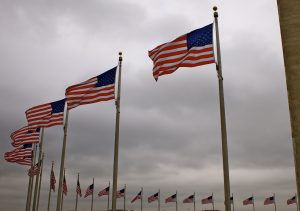 Empires, just like the history they mold and define, repeat themselves in identifiable patterns. Though each empire has its own complex interplay of power and struggle, they all tend to grow through militaristic strength, ascend to economic supremacy, then decline from bloat and corruption.

Some empires were small and lasted for over 1,500 years, like the early Tamil Pandyan and Chola dynasties in India. Others were enormous — the Mongol empire ruled over the largest contiguous land kingdom in history — conquering large swaths of the planet and cycling through the repeatable pattern in less than 1,000 years, like the Roman, British and Ottoman empires.

These empires start to decline for more than 100 years before the official end comes. That decline is now consuming the most powerful modern empire: the United States of America. This isn’t a conclusion developed as an empty threat paraded around by U.S. enemies, pundits or attention-seeking provocateurs. This is the serious, evidence-based postulation of America’s own military.

In its 2017 annual report [1] released this summer, the Strategic Studies Institute (SSI) at the U.S. Army War College said America has entered a “post-primacy” period — an era in which we are no longer the most important force in the world.

Though President Donald Trump’s empty slogan of “Make America Great Again” riled up the patriotism, racism, misogyny and xenophobia of large parts of White America, his presidency is doing the exact opposite of his hat-front rhetoric: accelerating our decline.

“While the United States remains a global political, economic, and military giant, it no longer enjoys an unassailable position versus state competitors,” the SSI states. “The status quo that was hatched and nurtured by U.S. strategists after World War II and has for decades been the principal ‘beat’ for [Department of Defense] is not merely fraying but may, in fact, be collapsing.”

The SSI report lists five characteristics of the post-primacy stage, all of which are directly being exacerbated by our current president and the darker internal forces aligned with his movement.

1) “Hyper-connectivity and weaponization of information, disinformation, and disaffection”

In other words, social media’s ability to quickly promote truly false information has created a population of people willing to blindly believe anything that bolsters their narrative. Trump has made this progression even more incendiary by decrying all media that shines a critical light on him and his administration as “fake news.”

This disinformation has been weaponized by men like billionaire hedge fund manager Robert Mercer [2]. He is the leading money man behind Breitbart, the right-wing news site that peddles nativist, misogynistic and White supremacist propaganda as news. He also supports former Breitbart standout-turned-outcast, Milo Yiannopoulos [3], whose new website peddles in the same themes, just for a younger audience. If that doesn’t prove Mercer’s connection to right-wing conspiracy news enough, Mercer also  counted Steve Bannon as the Mercer family’s personal political adviser [4]. Bannon, in turn, used Mercer’s financial help to support the big data firm he once helped lead [5]: Cambridge Analytica, which aims to use online data to change a targeted audience’s behavior.

Cambridge Analytica has collected thousands of data points [6] on over 220 million Americans. This psychographic data [7] is used to send targeted messaging [8] — Facebook ads, email newsletters, RSS feeds, false articles and other fear and anger exploiting content — to influence voter perception and action, released at specific times and to particular regional locations. Add in propagandists and provocateurs like Ann Coulter, Alex Jones and Tomi Lahren, and it’s clear to see how quickly misinformation can spread and be accepted as truth.

America grew in strength after Europe was decimated by World War II. Although we lost almost half a million American lives, our infrastructure remained largely untouched, our workforce and economy were robust, and we became the creditor to a rebuilding Europe. That position of power only grew as we outlasted the Soviet Union in the 40-year Cold War that followed.

However, that status has slowly dissipated over the past 20 years, more rapidly under Trump’s rule. On the international stage, America is literally being ridiculed. European Union leaders openly mocked [9] Trump as he received universal criticism for being the only Group of 20 leader to withdraw [10] his country from the Paris climate accord. For the past few decades, the U.S. president has generally been recognized as the leader of the free world; that unofficial title is being given to German Chancellor Angela Merkel [11].

Furthermore, Trump is ruining relationships with allies like Mexico and Australia [12], while attempting to disband negotiations with Iran [13] and escalating violent rhetoric [14] with a nuclear North Korea. And the world is watching in disbelief. Trump has quickly become the poster boy for the U.S. loss of global authority and ineffective isolationism as he continues George W. Bush and Barack Obama’s failed war policies [15] in Iraq, Afghanistan, Yemen, Syria, Somalia and Libya. Maintaining the worst of each previous administration’s decisions using privatized military mercenaries [16] and indiscriminate drone warfare [17] only further entrenches his weakening status. 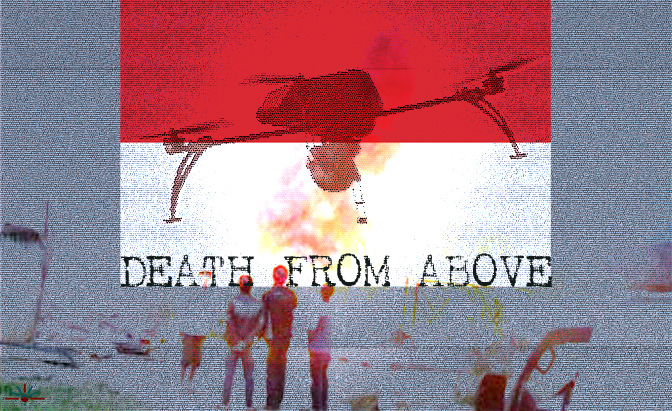 3) “Proliferation, diversification, and atomization of effective counter-U.S. resistance”; and

According to the SSI report, America is, like all empires before it, “in an era of persistent competition and conflict with capable, enervating forces” that “collectively challenge American influence and authority.” The report goes on to state that these challengers are “engaged in purposeful campaign-like activities that are focused on the material reduction of American influence as the principal arbiter of consequential international outcomes.” Both above characteristics are best exemplified by Russia and China.

Not only have Russian state and nonstate actors attempted [19] to manipulate, warp and destroy America’s greatest ideal of democratic elections, but Russia is continually appearing on the opposite side of U.S. interests, from militarily backing Assad’s regime [20] in Syria to signing a $2.5 billion deal [21] with Iran to produce railroad wagons.

China, on the other hand, is opposing the U.S. by simply moving beyond our nation’s purview. While the U.S. backs out of climate deals and encourages dying industries that produce pollution like coal and crude oil, China is experimenting with a “pollution-eating Forest city [22]” by building a “342-acre, self-contained neighborhood … covered with 40,000 trees and almost a million plants.”

Additionally, China is heavily investing [23] resources throughout the continent of Africa, including: multiple railway projects in Nigeria, Sudan, Chad and Kenya, totaling over $30 billion; infrastructure rebuilding in the Democratic Republic of the Congo for over $8 billion; energy projects like gas pipelines in Tanzania, thermal power plants in Zimbabwe, a dam and hydroelectric station in Mozambique, and an oil refinery in Angola; and exploration rights of untapped mineral and energy resources in Guinea, in projects totaling over $18 billion.

While Trump continues to inflame international relations and economically isolate the U.S., those challenging American global supremacy are actively filling the void, benefiting enormously from our loss.

5) “Violent or disruptive dissolution of political cohesion and identity”

As Republican leaders allow a con man like Trump to assume their party title just to maintain a semblance of power, they are increasingly growing into spineless bureaucrats (look no further than Paul Ryan, Mitch McConnell [24] and Reince Priebus [25]), who will quickly be discarded by the Trump administration when a scapegoat is needed.

The Democrats are no better. Despite having all the firepower needed to put pressure on Trump and the divided Republican Party, longtime leaders like Nancy Pelosi [26] and Chuck Schumer [27] come off as too weak, ineffectual and out of touch. The movement jumpstarted by Bernie Sanders has only caused more of a split within left-leaning politics [28] as the debate rages on between those who seek to abandon versus reform the Democratic Party. No credible third party [29] has emerged in the interim, despite the Green Party’s attempt at relevance [30] for over 20 years.

While the political power play in D.C. stagnates, the American citizenry is faced with: a public resurgence of White supremacy [31] hate groups as witnessed in Charlottesville, Virginia; a rise [32] in hate crimes; demonization of minority populations, including immigrants [33], Muslims [34] and LGBTQ [35] citizens; dismantling [36] of much needed health care options; an opioid drug [37] abuse epidemic; a crumbling [38] infrastructure; and a general lack [39] of economic and industrial innovation.

The SSI report says we are in “an era that the U.S. defense enterprise is ill-equipped to contend with from a risk perspective.” And the man leading the nation can’t even heed advice to not look directly [40] at the sun during an eclipse.

While the decline of U.S. hegemony and supremacy isn’t all Trump’s doing, it’s clear that his role in American culture, domestic policy and international politics is only further hastening the post-primacy position of the U.S. All empires fall, as no global power withstands the test of time. However, without proper planning and adjustment, the decline of the U.S. empire may lead to civil strife and external threats never witnessed by greater empires than ours. Most empires die a slow and meaningless death over hundreds of years. Ours may come to a crashing halt within the next 20 years [41].

It’s only fitting that, under a narcissistic halfwit jester like Trump, the U.S. empire could go out like a prop-gun bang. In the meantime, it might be worth teaching your children Mandarin.