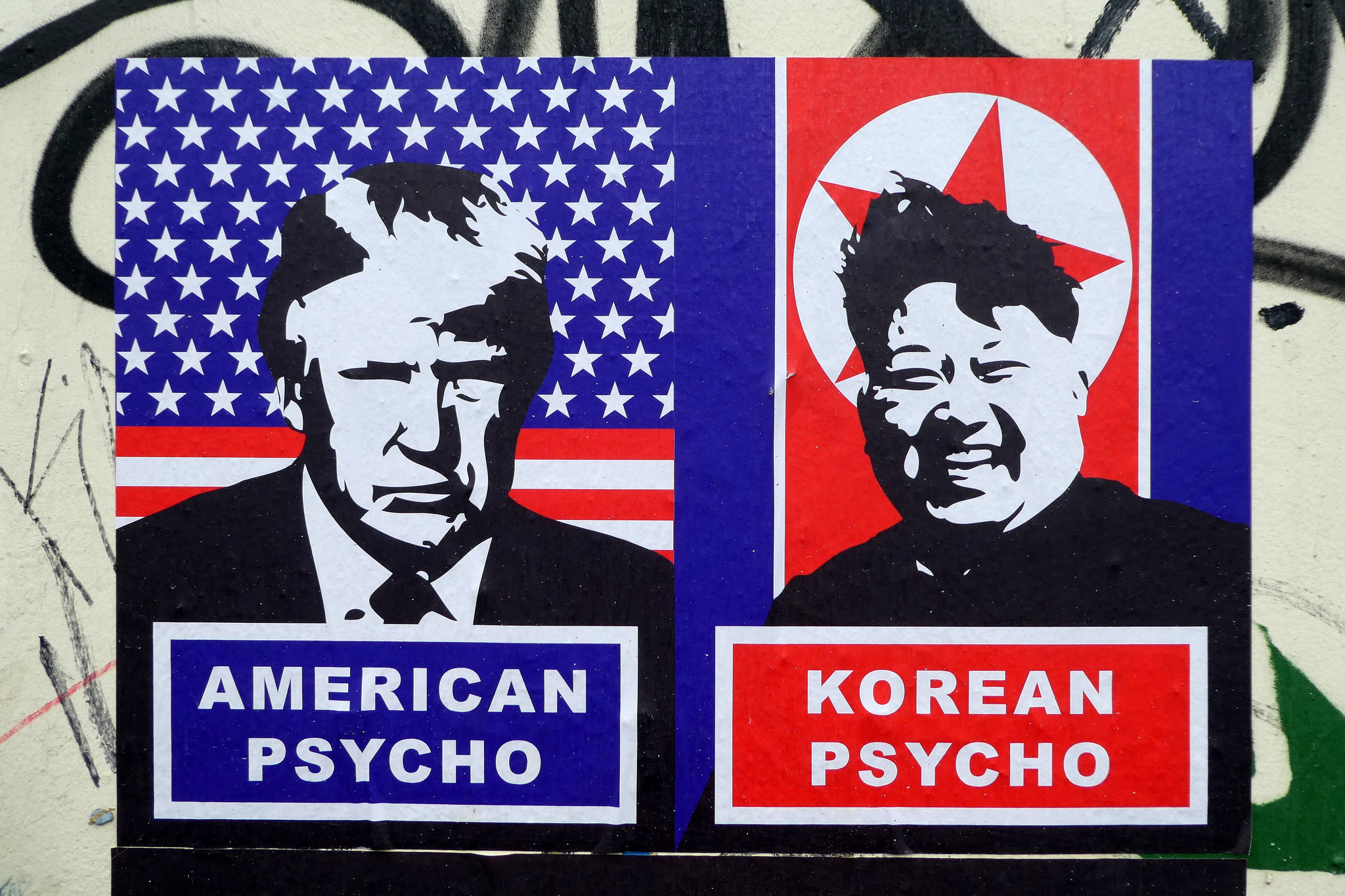 “I have the power,” screams an excessively orange-skinned man with a ridiculous haircut, his voice echoing as he points his weapon forward. After introducing himself vis-a-vis his royal lineage and summoning the strength of his castle, the man transforms into a hulking beast. This, of course, is the opening sequence to the cartoon He-Man, the alter-ego of Adam, Prince of Eternia.

As multiple memes have shown, there’s an odd, albeit dark, similarity between the cartoon and our cartoonish president. Both come from wealth and harness their supremacy from real estate. Both have odd manes and unique skin; He-Man’s is indestructible while Con-Man’s is notoriously thin. Prince Adam wields a sword; Prince Donald wields a Twitter account. Both have a devastatingly powerful (alter-) ego. The most important differentiator between them is that one fights against evil personified (Skeletor), while the other fights with it (Steve Bannon).

Although Trump and his administration have been viewed mostly as an increasingly not-so-funny joke, his transgressions have grown more severe over the past seven months: denying easily observable facts; making up preposterous lies; denigrating women, minorities, the office and the country; possibly colluding with Russia, enabling sycophantic fools, etc.

He’s lost the trust and respect of 75% of the American public, European leaders openly laugh at his speeches and reportedly play “word bingo” with his severely limited vocabulary, and even his own staff is leaking damaging information and fighting among themselves.

The fast-flying swirl of reality show-esque drama has swept us all through a delirious farrago of emotions — anger, disbelief, laughter, fear, sadness — since November 8. While the credibility and viability of the U.S. democratic system might be on the line, the greater danger to us all lies in a very scary possibility: Prince Donald’s Con-Man alter-ego on the war path.

Prince Donald: Father of all bombasts

The news has been awash with the story of an overweight leader crowned under a bad haircut threatening to use a nuclear arsenal. Only in 2017 could that statement be legitimately referring to more than one man.

On one end, there’s the 33-year-old heir to a dynastic dictatorship in North Korea, Kim Jong Un. Jumping the line of succession over his two older brothers, Kim took control of the isolated communist nation at the age of 27, after his father, in a fit of rage, had a heart attack and died.

At the other pole of the insanity spectrum is the 71-year-old heir to a dynastic real estate empire and president of the U.S., who is known for his capricious temper and self-aggrandizinglies.

According to a confidential analysis from the Defense Intelligence Agency that was leaked to the Washington Post, North Korea now has the capability to create nuclear warheads small enough to be used on intercontinental ballistic missiles, which can reach American territory.

Instead of bolstering diplomacy, dialogue and new UN sanctions against North Korea, our bombastic prince escalated the situation. Trump threatened to unleash a “fire and fury like the world has never seen.” Of course, the younger dictator responded by threatening to attack the U.S. territory of Guam with an “enveloping fire.” Despite already starting at the proverbial level of “11,” Trump still found a way to heighten the bombast. The U.S. military is “locked and loaded,” Trump professed in a 4 a.m. tweet, after stating that his original threat “wasn’t tough enough.” 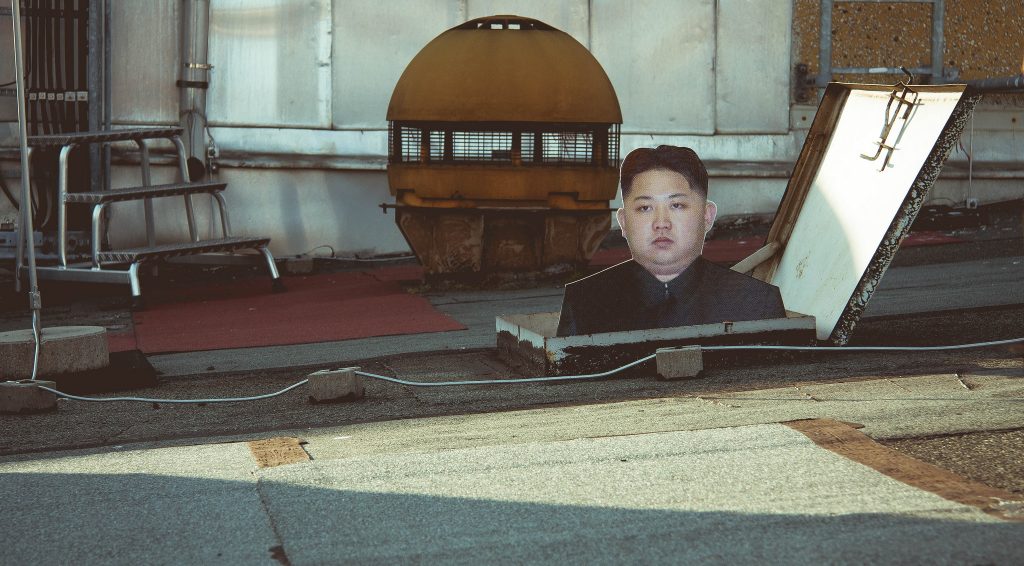 It bears reminding that this isn’t an exchange between two teen boys in a school yard, psyching themselves up for a sad, sloppy fist fight. These are two temperamental world leaders threatening to unleash devastating nuclear weapons on earth. One of whom has “dropped about 20,650 bombs through July 31, or 80 percent the number dropped under [President Barack] Obama for the entirety of 2016.”

Trump’s current war portfolio includes dropping the most powerful non-nuclear weapon in the U.S. arsenal, nicknamed the Mother of All Bombs, on a series of caves in Afghanistan; an unconstitutional and illegal attack on a Syrian air base; an attack on a Syrian mosque; an airstrike in Mosul, Iraq that killed at least 200 civilians; a failed raid on militants in the Yaklaa village of Yemen; a tally of at least 1,000 civilians killed in the single month of March.

While most of the world perceives Trump as a simple narcissistic imbecile, he has the power to wreak deadly havoc on the world without giving it a second thought. Add on two other “dark princes” to his team and it’s clear that the joke has morphed into a grave threat to us all.

In a just world, Erik Prince would be exiled to a dark dungeon as a war criminal for his role in founding and expanding Blackwater, the mercenary army of “contractors” first let loose on the citizens of Iraq during the illegal war waged in that country by George W. Bush’s administration. The most infamous transgression committed by Blackwater was the 2007 Nisour Square Massacre, in which Blackwater mercenaries opened fire on a crowded intersection, killing 17 civilians, including 9-year-old Ali Kinani, and wounding 20 others. An FBI investigation later found that 14 people were killed “without cause.” Five Blackwater employees were charged and convicted, with one receiving a life sentence.

Unfortunately, it’s not a just world. All five Blackwater employees just had their sentences overturned and/or thrown out in early August. And Prince has been living comfortably in Abu Dhabi since 2010, quietly rebuilding his mercenary army. 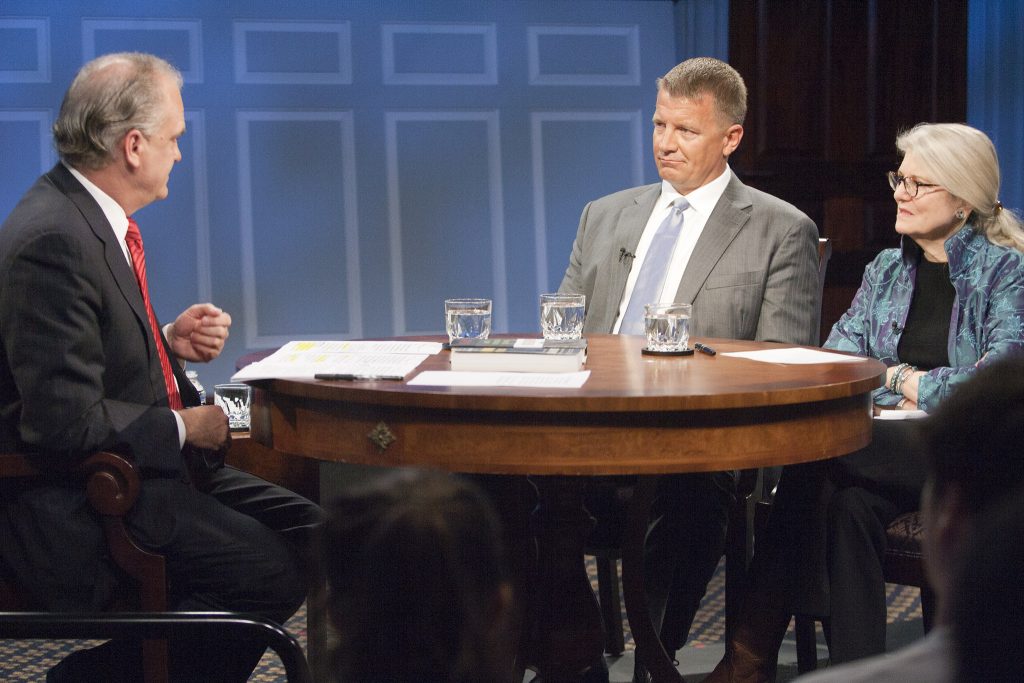 He now heads Academi (previously called Xe, a rebranding of Blackwater) and created R2 — Reflex Response Company — to assist in building an 800-member private battalion made up of foreign fighters to serve at the behest of the U.A.E. Prince recently submitted a business proposal to the Afghan government to contract out his air force to help defeat the Taliban, despite the U.S. military’s plan to draw down its presence in Afghanistan. He’s also been working to set up mercenary training camps for the Chinese government, building forward operating bases in China’s Yunnan and Xinjiang regions, the latter of which is home to the oppressed Muslim Uighur population. Currently, Prince is making the rounds on television news to sell his idea of privatizing war.

Despite being at odds with the U.S. military in contracting his services to foreign nations, Prince has a cozy relationship with the Trump White House. He and his family have been supporters of Mike Pence, both financially and ideologically, for many years. He even has his foot in the collusion door. Nine days before Trump’s inauguration, U.A.E. officials set up a meeting between Prince and a Russian official close to President Vladimir Putin in an “effort to establish a back-channel line of communication between Moscow and President-elect Donald Trump.”

If that weren’t enough, Prince is the younger brother of Secretary of Education Betsy DeVos. Both were raised in the wealth of their father’s auto parts business, which was sold in 1995 for $1.35 billion. DeVos consolidated her wealth by marrying into the Amway fortune, a company built on a multilevel marketing scheme, and used her power and status to gain control of Michigan politics and a seat in the White House.

Prince, though, isn’t just a capitalist trying to profit immensely from war, as despicable as that may be. He’s a hard-right Christian bent on implementing his religious view upon the world. One former Blackwater employee says Prince “views himself as a Christian crusader tasked with eliminating Muslims and the Islamic faith from the globe.”

Deeper in the murky abyss of American hegemony resides a man known as the “Undertaker,” “Ayatollah Mike,” and “the Dark Prince.” Michael D’Andrea, who converted to Islam when he married Farida Currimjee of the prominent Currimjee family in Mauritius, joined the CIA in 1979 and, after serving in different capacities in Africa, became the “most senior CIA officer in Baghdad during the Iraq War” in 2003.

From 2006 to 2015, D’Andrea headed the CIA’s Counterterrorism Center, driving forward the controversial drone warfare program in Afghanistan, Pakistan, Somalia and Yemen during the Bush and Obama administrations. The extrajudicial killing campaign was defined by dark, Orwellian government-speak like the disposition matrix (a kill list), signature strikes (targeting people who act similarly to terrorists, or simply may have used the same phone as one), and double tap (attacking a location again sometime after the first hit to kill anyone arriving at the scene, which arbitrarily targeted aid workers and innocent civilians).

The efficacy of the program, along with the number of innocent people killed, will never be accurately known because the government considered all “military-age males” — anyone between 16 and 60 — to be militants and therefore terrorists deemed worthy of death, despite never actually identifying all casualties. The drone program, without being burdened by the effort of bringing charges in a criminal court case, also took the lives of at least three American citizens during this time: Anwar al-Awlaki, Samir Khan, and al-Awlaki’s 16-year-old son, Abdulrahman. In a 2017 attack, al-Awlaki’s 8-year-old daughter was also killed.

In addition to drone warfare, D’Andrea supervised one of the single-most deadliest events in CIA history. A Jordanian doctor, Humam Balawi, persuaded the CIA that he could help bring down al-Qaida by infiltrating the group. After earning the trust of his CIA handlers, Balawi revealed himself to be a double-agent when on December 30, 2009, inside Camp Chapman in Khost, Afghanistan, he triggered his hidden suicide vest, killing seven CIA operatives.

Now, D’Andrea has been called upon by the Trump administration to run the CIA’s operation in Iran. The appointment signals a more aggressive approach in line with Trump’s rhetoric, which has sought to sabotage the Iran nuclear deal put in place by Obama.

While it’s easy to laugh off Trump’s antics and get lost in the incessant coverage of his tweets and incorrigible behavior, we mustn’t turn a blind eye to the dark army gathering in the shadows. Trump’s reign as Con-Man-in-Chief will most likely last longer than the three-year run of the original He-Man cartoon. Here’s hoping the world will outlast him.