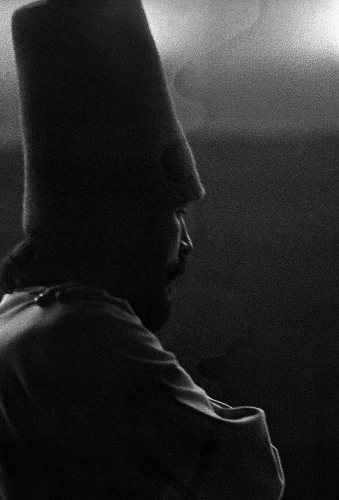 The Third Way: The Oft-Neglected Roots of Islam in America.

Listen here on the audio player:

The Third Way:  The Oft-Neglected Roots of Islam in America.

A friend once lent me a book she stumbled upon in a used bookstore.  It looked old, with a soft cover and was published in 1975.  On the cover was a man, wearing a long, tall cylinder hat and a long white robe or dress of some sorts.  His hands were in midair, one facing up and the other down.  His faced looked to be in a trance and he appeared to be spinning…or rather whirling.  The image was of a whirling dervish, a traditional Sufi dance now commonly associated with Turkey. I was drawn to the name of the author, Ira Friedlander, who wrote the book and photographed the action.  I remember thinking, what was a guy named Ira doing writing about whirling dervishes in America in the 70s? A passing thought which came full circle several years later. 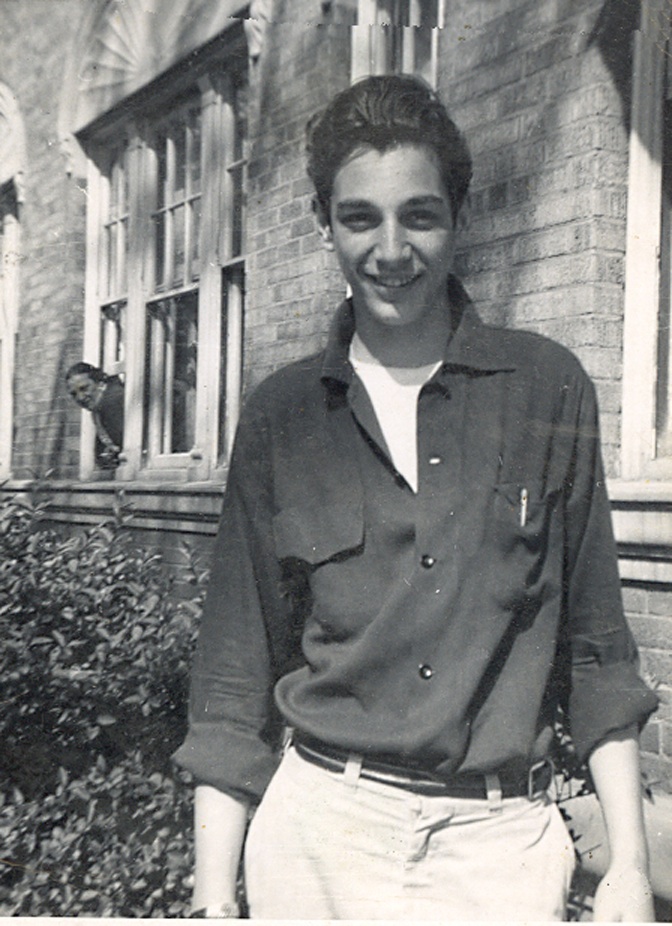 Shems at age 15 in Boston

I eventually became friends with a graduate student who shared the same last name and came to learn that Ira Friedlander, now known as Shems Friedlander, was his father, and that Shems was living in Cairo teaching arts at the American University in Cairo.  And the more I came to know his son in Cambridge, the more I became fascinated by this deeply artistic treasure-of-a-person living in our world today.  My friend and his wife would invite us over to their cozy home from time to time where they had two photographs next to each other hanging on their wall, large, very close up, black and white, of what looked like a religious leader of some sort.  It was fantastic lighting, where the shadows of his wrinkles and concaves on his face were shown in stark detail.  He was wearing one of those traditional long Turkish hats.  In one photo his eyes were open.  In the next, they were closed.

This “blink of an eye” dual photographs were taken by Shems of Muzzafir Effendi, the man who Shems considers his personal spiritual guide.  In many ways, these two photos capture some of the essence of what Shems and his art conveys:  seeing the world through open physical sense and while recognizing the metaphysical with closed eyes.

Sitting with him and learning about his life opened up a new understanding, a deeper one, about how we see, or can see Islam in America today.  There are two larger narratives of how Islam came to America. The first of through African slaves and the appearance of Islam through a process of recovery by African Americans in the 20th century. The other is of immigrant groups facilitated by America’s need for labor after WWII. A third way, perhaps not as well known or as large in number, but nonetheless reveals interesting insights into the rooting of Islam in America was represented by Shems and his contemporaries.

A larger wave of this movement was rooted in the new age religious movements of the 60’s and 70’s. This eclectic spiritualism that was ready to borrow from traditions in many cases, for the very fact that they were not rooted in American experience at the time, was itself an American reaction to the political, social and economic turmoil that accompanied America’s ascendance as the newest global Superpower.

So, you may ask, why is this important? The experience of Shems and others like him demonstrates that Islam has within the resources to meaningfully address the American experience. By evidence of the millions of African American Muslim in America, there is no doubt that Islam resonated with the experience of Black America over the 20th century. Less is understood, researched or explored about the analogous resonance of Islam with white America. Shems’ story provides evidence of this reality, and his journey represents an important part of the American Muslim story.