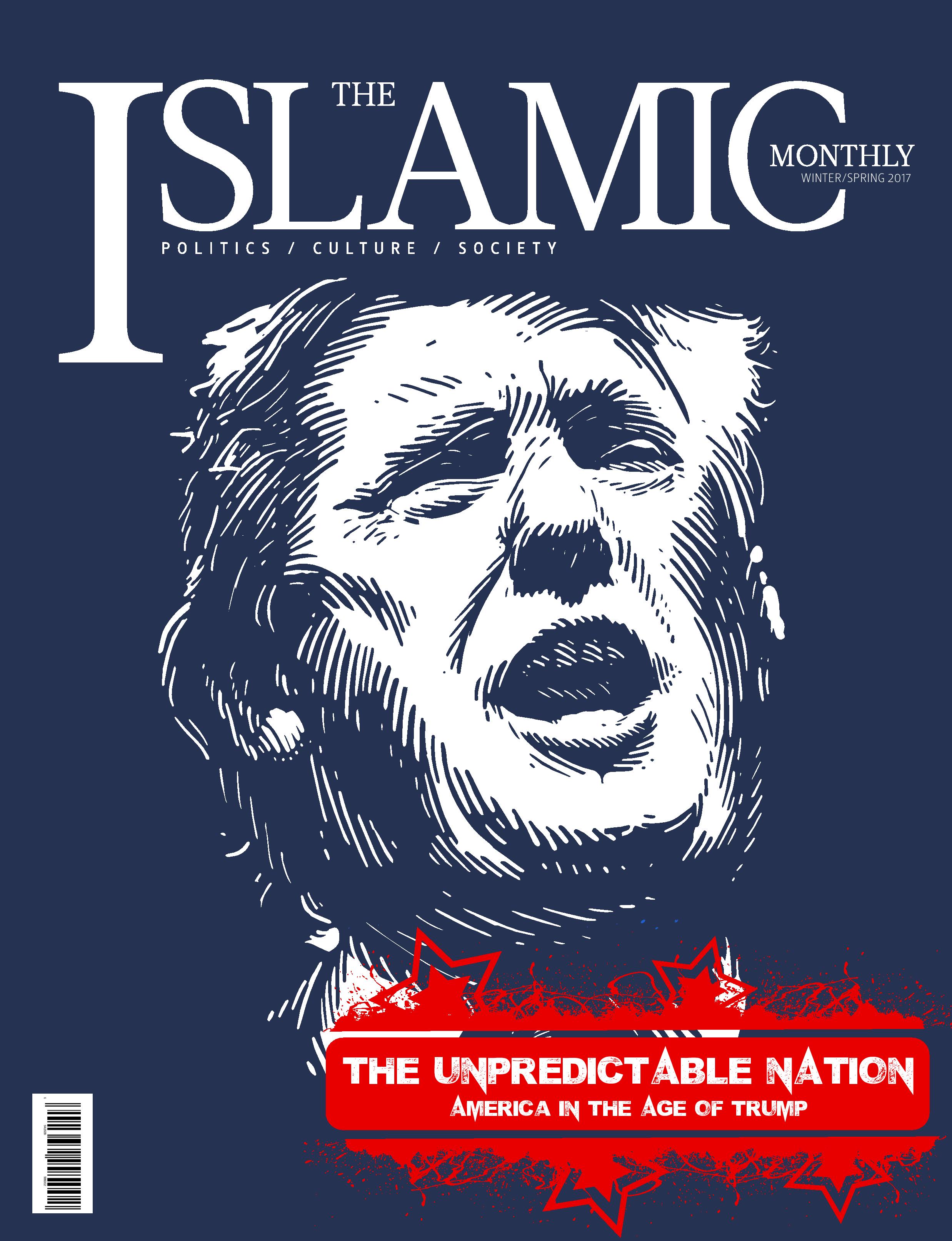 The Unpredictable Nation: America In the Age of Trump

Donald Trump’s election has ushered in a new age of uncertainty for Muslims in America, and brought several questions to the forefront. What will the future hold? Will Muslims be welcome in Trump’s America? What should we make of Barack Obama’s legacy? How can we deal with the hate crimes that have occurred after the election? We at The Islamic Monthly have been following these questions, and this issue features many writers who tackle them head on.

For Muslim Immigration Issues, Trump Should Look At Indonesia

The Past is Present For American Muslims

American Muslims are Increasingly in the Crosshairs of Violent Militia Extremists

Islam On the Banks of the Thames

Not One Class or the Other: Class and Identity Politics

The Religious Root of Conflicts in the Middle East

Will the US Be “Indispensable” to Syria’s Future?

I was Housed, Fed Loved, and Saved in Syria by the Refugees

Trump, Immigration, and the Politics of Deception