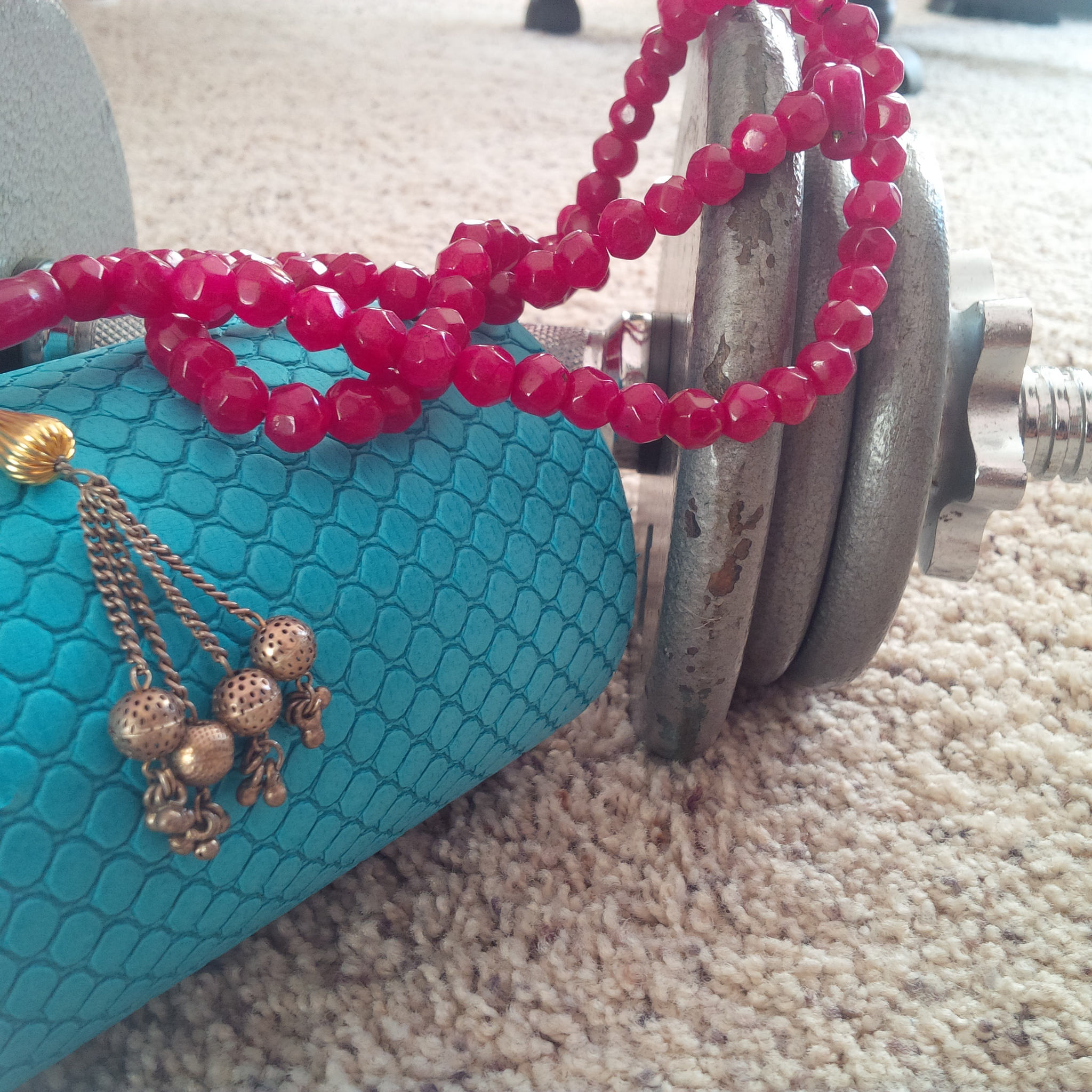 The month of Ramadan is something like a spiritual Olympics in the Islamic calendar. Through the physical demands of fasting and a plethora of opportunities for supererogatory devotional practices, namely the nightly tarawih congregational prayer, Ramadan naturally regiments the believer in the direction of spiritual excellence (Ihsan). Come the end of the month, wayfarers on the path to Allah feel at their strongest spiritually, and many lament the month’s passing.

But how the month plays itself out in material terms is, regrettably, less edifying. In the West and Muslim-majority societies, spiritual excellence is often pursued to the implicit ­­— or even overt — detriment of physical wellness. My time in Muslim lands over the past several years has made it clear to me that Ramadan is sadly a time in which physical well being is increasingly compromised, with an exacerbation in the rates of diabetes, obesity, hospitalizations and use of medications.

This strikes me as a breathtaking contradiction. If we seek spiritual elevation, it necessarily follows that we honor the rights our bodies have over us at the same time. Without our health, we would become incapable of performing basic ‘ibadah (religious devotional practice).

At face value, moreover, this contradiction is due to excessive and overindulgent dietary practices during Ramadan — a kind of gluttony against which we’ve been explicitly cautioned. The Prophetic invocation of filling one’s stomach one-third with food, one-third with water and one-third with air is a prescriptive measure against eating and drinking to excess. The esteemed theologian and mystic Abu Hamid al-Ghazali (d. 1111) explicated on the matter further, dedicating an entire book of his magisterial Ihya ‘Ulum al-Din (Resuscitation of the Religious Sciences) to the Manners Relating to Eating. He cautions against seeking excessive indulgence in food, and instead emphasizes contentment with simplicity and making an intention of eating as a means of strengthening oneself in obedience to Allah. The Quran is quite explicit on the matter of food as a source of wholesome sustenance: “Partake of the good things which We have provided for you as sustenance, but do not transgress therein the bounds of equity lest My condemnation fall upon you.” (20: 81)

The abdication of wholesome and moderate eating is central to our Ramadan excesses. But there is something even deeper at stake here: Our religious community has fundamentally lost sight of the connection between spiritual health and wellness more broadly — despite that connection being firmly enshrined in Islamic discursive tradition. Andalusian legist Abu Ishaq al-Shatibi (d. 1388) — pioneer of the study of Maqasid al-Shari’ah, or the “Higher Objectives of Islamic Law” as the basis for Islamic legal theory — presented the preservation of life as one of the five central higher objectives the shariah was designed to uphold. The Prophet Muhammad is the key exemplar of the intricate connection between spiritual and physical health, first in his reminder that the body has a right (haqq) over us, and secondly, in his exhortation that “a strong believer is better and more lovable to Allah than a weak believer.”

Herein, I submit, lies the missing link that far too many in our ummah fail to address during Ramadan. Accordingly, in the previous Ramadan, I charted a path that establishes best practices for maintaining health and physical wellness during the holy month and broadcast my experiments in real-time. This began as a personal journey, but as I proceeded, thousands of people around the world began to follow my work, and I counseled hundreds through the same process. The results suggest that it remains possible to hack Ramadan using nutrition, to the extent that fasting grants us energy and vitality rather than deprive us of it – which can then be redirected to the spiritual purification at the heart of the holy month’s mandate.

A burning need for change

The timing couldn’t have been better. Ramadan in 2018 coincided with the near two-year anniversary of my having seriously taken up nutrition and fitness as an integral part of my lifestyle. This was quite a shifting of gears: I have no prior athletic background, save meager and half-hearted childhood and adolescent attempts to participate in group sports, which had little or no staying power. Occasional attempts to get fit or lose weight while in college — briefly inspired by the shredded physiques of my gym-rat buddies — would invariably end in a matter of weeks after I discovered how difficult and taxing exercise was. By the summer of 2016, I didn’t so much as know what a dumb bell meant.

But upon completing the manuscript of my last book that summer, I realized that my successes as a writer were coming at the expense of my physical and psychological well being. While juggling a full-time doctoral study alongside preparing a book for publication, I had spent that arduous two year period sleeping poorly, getting nominal movement, and eating out of convenience rather than nourishment. This, as a scholar whose primary stock and trade is the politics of Islamic spirituality, became unacceptable.

And as it just so happened, I began my reflections on the need to reintroduce wellness into my life precisely as I was wrapping up a summer research stint abroad. When I returned home, which was in North Carolina at the time, those reflections came full circle on my flight back, where I fortuitously and unexpectedly bumped into an old friend, Coach Be Moore, an accomplished nutrition coach and personal trainer whose brand “Eating for Abs” I had been following for some years on social media. Recently he had moved his family out to North Carolina, but was too tied up since his move getting his children situated in new schools to free up for a meeting. But that serendipitous airplane rendezvous was enough for us to finally slate a face-to-face meeting on our calendars. We later sat down for lunch at a lovely Turkish restaurant, sharing kebabs and life stories. He regaled me with tales of clients he’s helped around the world, and how his being location independent prompted him and his wife to resettle in North Carolina to take advantage of the low cost of living. I told him about the directions my life had taken in the past few years — career successes, new relationships and friendships, the deep growth of my prolonged stints abroad and my return to the US to commence doctoral study. I confessed how a lot of that growth — intellectual and spiritual alike — came at the expense of my personal well being, to the point that my spiritual development by definition remained woefully incomplete.

Being an omnipresent servant in the world of wellness, Coach Be offered to take me on as a mentee. In addition to offering me full-time nutrition coaching at a discount, he assiduously guided me through my workouts as a personal trainer five days a week. This journey involved some sacrifices; forgoing the convenience of my free gym at Duke University, I had to schlep to his gym in Cary, which was 30 minutes away. This was the year I was preparing my comprehensive doctoral exams, and those five hours I spent behind the wheel every week were a plain distraction from the hundreds of scholarly books I was obligated to have mastered in a matter of months. Nonetheless, even under such intense pressure from my career obligations, this may have been the best investment of time I’d ever made. Fitness and nutrition have become natural appendages in my life, no less intuitive than getting sufficient sleep. 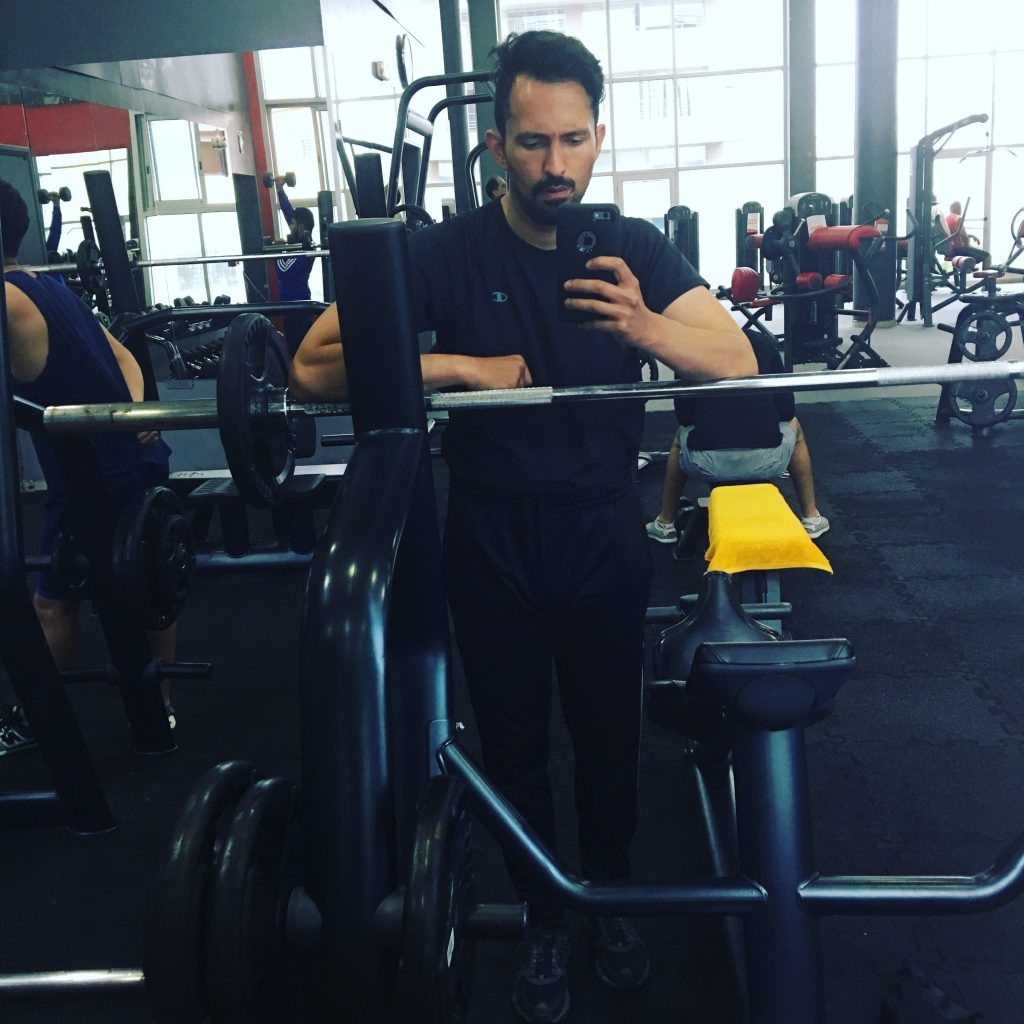 Interestingly enough, as valuable as it was to have been walked through the mechanics of weight lifting in real time, being handheld through nutritional sciences proved infinitely more valuable. As an amateur chef, being trained in nutrition taught me the power of food as medicine, to the point that I naturally found myself sleeping better, I found my mood had naturally improved, and I found that my energy levels stayed constant throughout the day – afternoon slumps became a thing of the past. Upgrading my nutrition yielded dividends in countless aspects of life – even in my eyesight, as my