So sings the Emmy award nominee, poet and vocalist Liza Garza on her debut album, “Bloom Beautiful.” These verses, which repeat over and over the syncopated track are a dhikr (remembrance), that when taken with the sincerity and sanctity with which it is offered, is a challenge to remember how the story of American Muslims and the story of hip-hop are intertwined, and why that matters.

In most accounts, the story of hip-hop begins in South Bronx during the 1970s. This section of New York City had become the victim of urban renewal policies that resulted in severe unemployment, the loss of quality housing and public services, and the flight of private investment. Hip-hop anthems such as “The Message” by Grandmaster Flash emerged as a response to these conditions: a way to explain them, resist them and live despite them. Yet the story of hip-hop is not just about reacting to poverty. Hip-hop is a cultural phenomenon whose styles, sounds and symbols are rooted in the creative energy of Diaspora – the involuntary African Diaspora of the Middle Passage and 20th century migrations from the English and Spanish speaking Caribbean to the United States. The story of hip-hop is also about politics, namely how black and Latino (of African, indigenous and/or European ancestry) communities negotiate the social, political and economic contradictions that define post-civil rights America.

Less well known, yet a defining feature of hip-hop history, is Islam. The religion’s influence on hip-hop can be traced to the Nation of Islam (NOI), whose message of social justice, self-knowledge and community – embodied in figures such as Malcolm X – had a profound impact on the consciousness of black America. An early example of this impact on black expressive culture can be seen in The Last Poets. Formed in 1968 at a celebration of the life of Malcolm X, members of the group were Muslim or greatly influenced by Islam. Evidence of this can be found in their politically charged lyrics, internationalist perspective and Afro-diasporic musical style, all of which are reflective of articulations of Islam that have been circulating in black American communities since the early part of the 20th century. These articulations of Islam – Ahmadiyya, the NOI, the Moorish Science Temple, the Five Percent Nation, and Sunni and Shi’a orthodoxy – have different relationships to the intellectual and spiritual traditions developed throughout Islamic history. Yet all share a pointed concern with the realities of black communities living in conditions of systemic inequality and articulate a collective response to these conditions. Importantly, The Last Poets are often heralded as a precursor to the rap element of hip-hop.

To this day, hip-hop music is replete with references to Islam, whether the symbolic interpretations of the Five Percent Nation, praise for Minister Louis Farrakhan or citations of orthodox Sunni and Shi’a beliefs and practices. The philosophy of self-knowledge or Knowledge of Self, as articulated by the Nation of Islam, has been particularly influential in hip-hop. Many add it to emceeing (rapping), bboying (break-dance), DJing, and graffiti, as hip-hop’s fifth element. Knowledge of Self concerns being well informed about your history (where you come from) to accurately interpret your present (where you are now) and plan for your future (where you are going). It is this pursuit for self-knowledge that has led many to convert to Islam, including hip-hop artists.

Importantly, as the U.S. Muslim community expanded beyond the urban centers of black and Latino life, immigrants and their children – particularly from South Asia and the Middle East – also began engaging hip-hop in the pursuit of self-knowledge as well as consuming hip-hop as popular culture. As a result, the American Muslim community shares something important and transformative: a second and third generation of young people who are growing up as Muslims in America and are profoundly impacted by hip-hop. And thus emerges another juncture of the story of American Islam and hip-hop: Muslims are no longer only inspiring hiphop but also looking toward hip-hop to figure out how to negotiate being Muslim and American in the 21st century.

Given this remarkable multigenerational relationship between hip-hop and Islam, it is not surprising that Muslim hip-hop performances have become somewhat standard at community events and national venues like Takin’ It to the Streets, the Muslim hip-hop highlight of 2010. Put on by Chicago’s Innercity Muslim Action Network, Streets is an enormously successful festival of the arts that has become a nexus for Muslims who do hiphop, love hip-hop and take it seriously. However, unlike the love and respect for hip-hop Streets is known for, an obvious resistance to hip-hop remains among some American Muslims. For example, many hip-hop artists describe being invited to perform at Muslim events only to be strictly monitored as to what they can say or do on stage, and in some instances performances are cancelled before they even begin. In these instances, hip-hop is often deployed as a “necessary evil” to attract potentially wayward Muslim youth but is not valued on its own merit, as art form or as a key figure in American Muslim history. As a result, it can be reasonably argued that although some resistance to hip-hop is part of a theological debate over the permissibility of music, much of the hostility and ambivalence toward hip-hop is really about race and class.

From residential patterns and marriage practices to mosque and institutional leadership, charitable giving, media awards and everyday tests of religious authority and legitimacy, the American Muslim community is marred by anti-black racism. What this means is that not only are the histories, contributions and perspectives of black Muslims marginalized in the emergent American Muslim public square, but long-held beliefs about black people that are a staple of American racism have been integrated into the structural and individual experience of American Islam. As a result when some immigrant and second-generation Muslims view hip-hop as an expression of blackness, they see hiphop as socially deviant, politically invisible and downwardly mobile. Such a perspective would of course make any associations between hip-hop and Islam, such as a claim that a song about hip-hop can be a dhikr, seem ludicrous. Yet such a perspective is not founded on dhikr but rather is constructed without a sense of history. To do dhikr is to remember and live with knowledge based on history. History shows how broad the story of American Muslims is, how influential it has been and how deeply it’s linked to the multiple traditions that make up this place called America. Most critically, this kind of knowledge challenges race and class prejudices that marginalize black and Latino Muslims and that write off their traditions as beyond the pale of what is “Islamic.” This kind of knowledge is a reminder that African American and Latino traditions are not peripheral but integral to the collective story of American Muslims. This kind of dhikr is a reminder that Islam also comes in shades of black and in sounds of blue.

Suad Abdul Khabeer is an activist, artist and PhD candidate in Cultural Anthropology at Princeton University 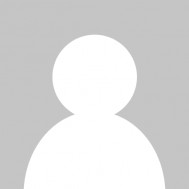