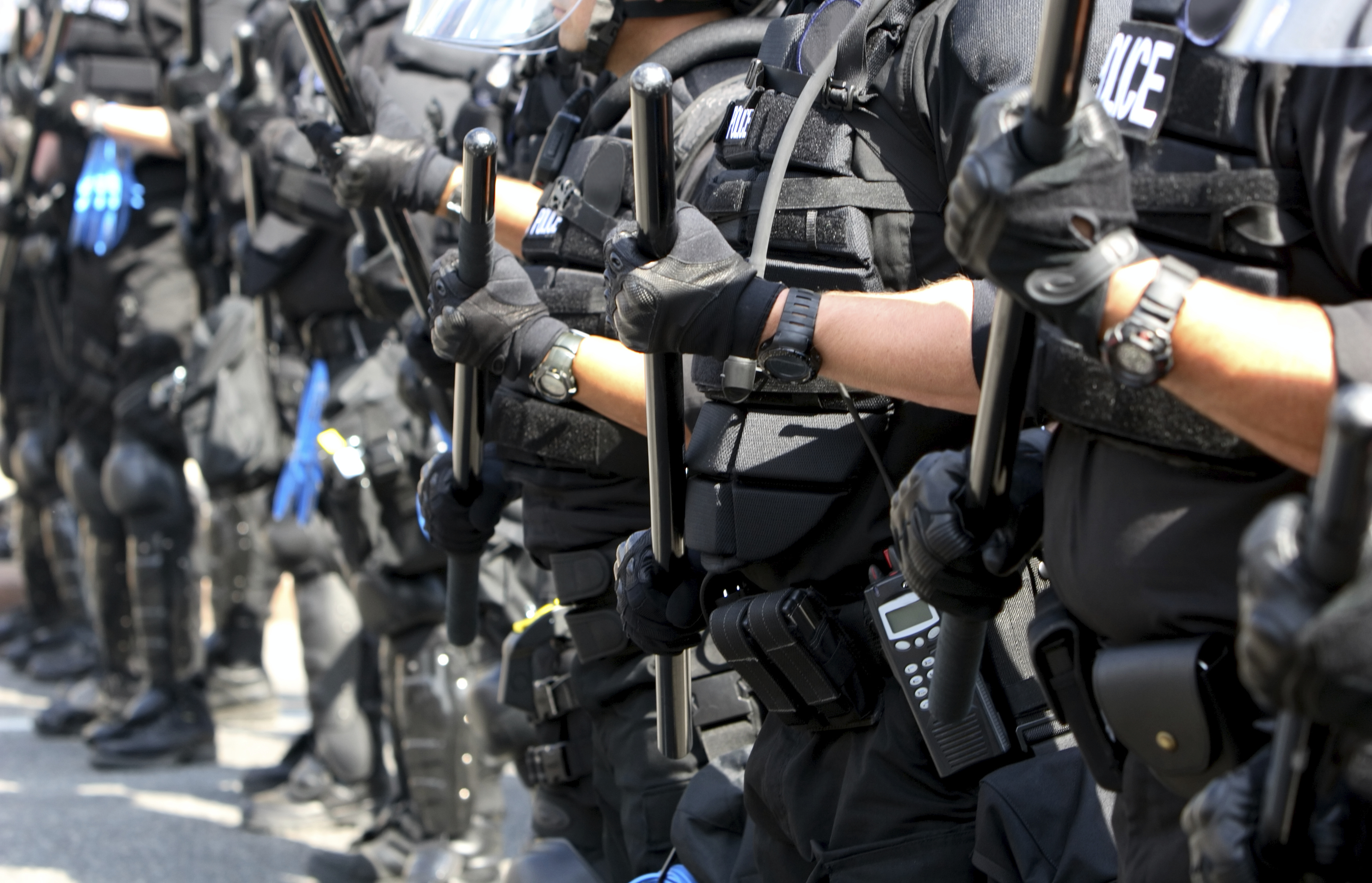 Brown, Black and Blue: The Colors of Police Violence

“Police violence.” Conjoined words that read like a perfect pair, or an oxymoron, depending on racial and socioeconomic standing. Suburb-dwelling Americans will generally laud police, while citizens living on the margins of American cities predominantly see them as enforcers of a bleak, existential circumstance. Geography and race — which frequently overlap in America — determine perceptions of police and whether their raison d’etre is to “protect and serve” or “stop and punish.” 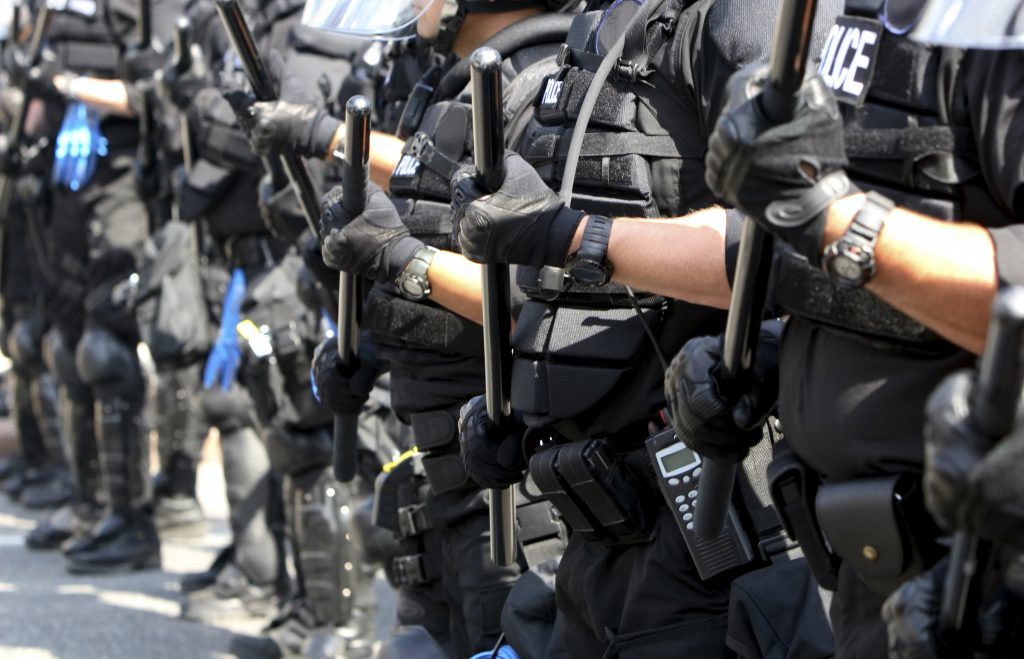 Police violence is a cornerstone of American governance and structural racism. Two processes that were once synonymous, and as evidenced by present displays of latent and patent racism, are still on very intimate terms. On city blocks and street corners today, predominantly White policemen (and women) inflict a brand of unspeakable violence once unleashed on slaves and immigrants, Black and Brown bodies during darker chapters of American history.

The names and faces of victims of police violence from Ferguson to Baltimore, Detroit to Charleston, and cities beyond and in between, scroll through the mind of poor and colored urban dwellers every time they are pursued by a patrol car, stopped and frisked or pulled aside for questioning. Indeed, the fear associated with being Black or Brown while being scrutinized by police is hardly irrational or individualized, but rather a logical emotion reified by distant and recent history. Old and new Jim Crow. Manifest Destiny and the war on terror.

If the election of Barack Obama signaled a (fleeting) moment of racial progress, then the expansion of the police state vividly marks an elongated stanza of racial peril. America’s indigent inner-city spaces — concentrated with Black and Brown people — are where race matters most. Moreover, it is where race is a proxy for criminality, guilt and threat. This is how police tend to read Black and Brown bodies, who are denied the privilege of transracial identity. Racial profiling, therefore, is core to modern community policing, and modern community policing feeds the school-to-prison pipeline, is responsible for the disproportionate prosecution and incarceration of Black and Brown Americans, and — as highlighted by the Eric Garner, Michael Brown and Aiyana Jones tragedies — escalating street executions.

In America, White men comprise 65% of the police force but only 31% of the population. Therefore, community policing is very much still a White-male-dominated sphere. The institutional hegemony of White men within police departments is far more than merely a matter of diversity, the lack thereof and community awareness, but rather is a modern manifestation of the great American racial dialectic of White overseer and Black subordinate. The state arms the former with the right to monitor and maim the latter, and exercise dominion in spaces the Black and Brown (wo)men call home. Therefore, police violence is far more than merely enforced by baton and cuffs, pistol and badge, but is the embedded and reoccurring image of White enforcers putting down Black and Brown bodies.

Intersecting with expanded community policing in indigent Black and Brown communities is the emergence of a new brand of national security law enforcement. “Radical” is the new “terrorist,” shifting the focus from foreign national security threats to homegrown menaces. As observed by Ohio State University law professor Amna Akbar, counter-radicalization policing (or Countering Violent Extremism, or CVE) adopts the structure and strategy of conventional community policing. Whereby Blackness is associated with presumed criminality within the community-policing context, Islamic religiosity is read as a marker of radicalization within the CVE space. Committed on preventing terrorism, CVE policing seeks to identify and isolate elements within the Muslim American milieu that are prone for radicalization.

While only 5% of terrorist attacks involve a Muslim culprit, CVE is structurally and strategically fixated on Muslim bodies. The pilot program was launched in Los Angeles, Boston and Minneapolis, where local law enforcement officials plant informants, monitor mosques and community centers, and entrap Muslim men and women seeking to reconcile their faith with life in America. Certainly, CVE infringes on the rights of Muslim Americans to freely exercise their religion, and collaterally, has enhanced a chilling effect on conspicuous expression of Muslim identity. This would seem to have disparate impact on Muslim women who don the headscarf, or Muslim men who sport a beard – or may choose to do so in the future.

CVE policing, still in its embryonic stages, is poised to spread into additional cities. The program’s leadership is focused on implementing it in cities with sizable, concentrated Muslim American populations. Indeed, police departments in New York City, Chicago and Detroit — hubs of Muslim American life — may soon be armed with CVE capabilities. Historically a federal function, CVE localizes national security surveillance and policing, equipping city law enforcement with the authority to snoop, spy and infiltrate community spaces to prevent terrorism.

Prevention is the new profiling. The two function almost identically — linking race, religion, religiosity and conspicuous expressions of piety as proxies for presumed radicalization. Therefore, equipping policemen and women with the authority to make subjective assessments about a Muslim’s religious, political or personal life — a baseline tenet of CVE — opens up a Pandora’s box of civil liberties perils.