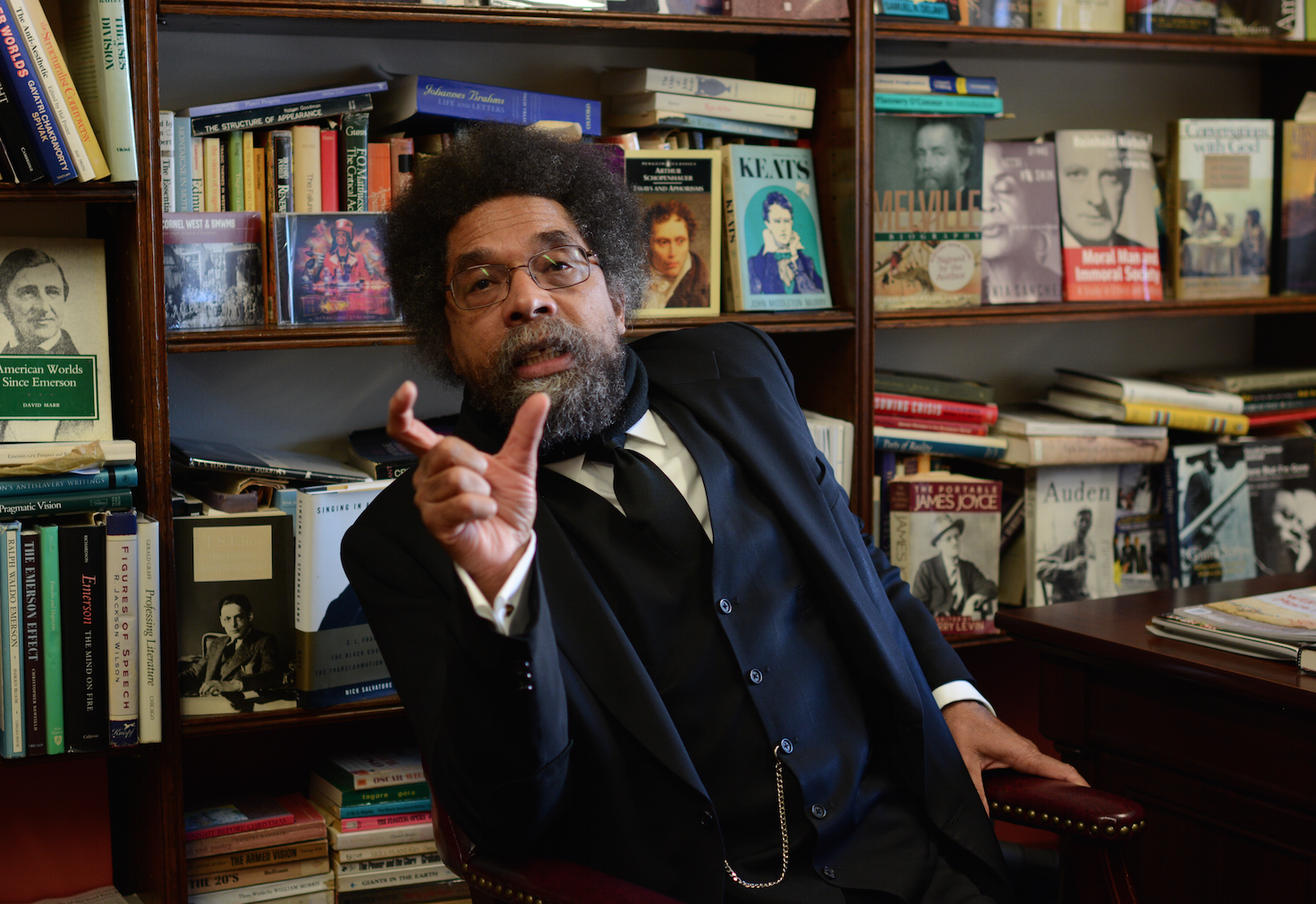 Cornel West: Maher is pointing at the hypocrisy of secular liberals in Islam debate 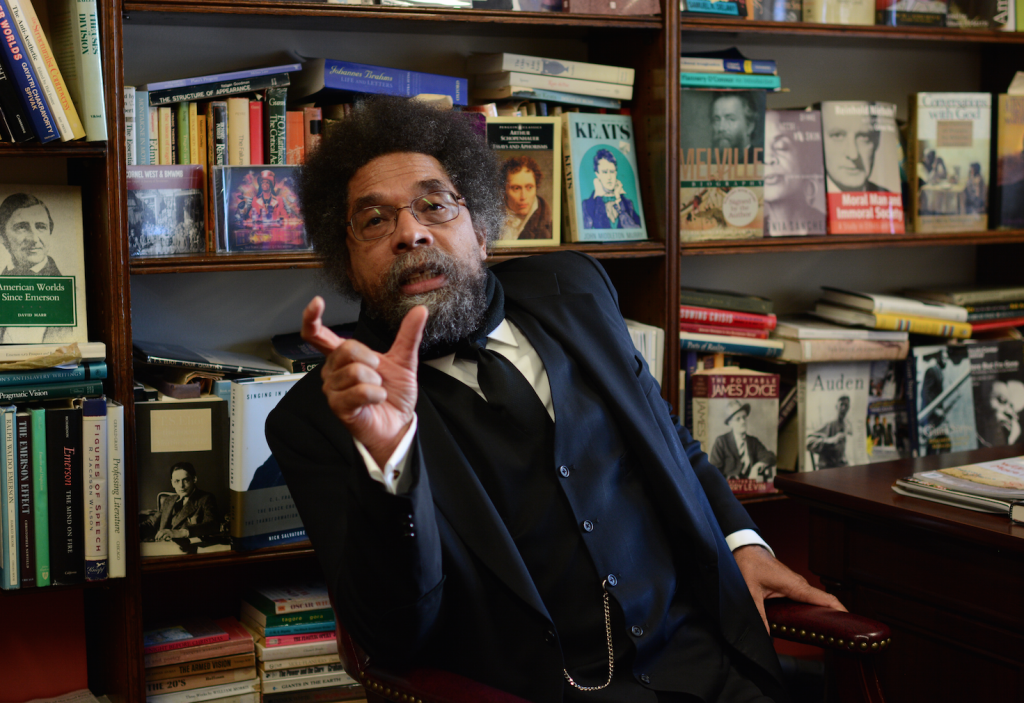 Cornel West appeared on the Bill Maher show recently where Islam and violence was brought up again.   The following is a brief excerpt of an interview which will appear in full in the Fall/Winter Print issue of The Islamic Monthly, titled “Cornel West on Religion in the Public Space, the New Atheists, and American Muslims and Civic Engagement” in conversation with Amina Chaudary.

TIM:   You were on Bill Maher recently discussing issues of Islam and violence.  Maher makes the point that the mainstream understanding of Islam is problematic, and that regular muslims are maybe not violent but at least widely sympathetic to violence.  I think the statistics he uses obfuscates political realities with religious one, but nonetheless his perspective is held by many people.  You have argued that religions can be a force for good and evil, but singling out religion as the primary factor is unfair. what do you think Malcolm X, would say to someone like Maher?  How does that prophetic voice within religion address the demonization of religion especially in our context?

Cornel West:   I mean, I think the first move of course is to, try to get inside of the skin of brother Bill Maher and try to understand why it is that he has such an intense hostility toward religion per se. and then why he targets Islam in particular because for him, when he looks at religion per se, he sees it as a promotion of domination, subordination, hatred and revenge. Now, of course we know the history of all religions, and the species is one in which it has often accommodated religion to domination and subordination, hatred and revenge. This is true for Christianity, it is true for Buddhism, Hinduism, Islam, across the board. On the other hand, we also known, this is where I think Malcolm, the others will come back and say, wait a minute though, brother Bill, you know that I, Malcolm X, [am a] prophetic revolutionary progressive. He would say, yes, yes, too, Martin Luther King, Gandhi, we can go on and on. Dorothy Day, Daniel Berrigan, Fannie Lou Hamer, you know that yourself. Rabbi Abraham Joshua Heschel go on and on. The people who were willing to be critical of their own religious tradition in the name of justice and all of them got in trouble. All of them got in trouble. You call when Rabbi Abraham Joshua Heschel gave his lecture right across street April 1948, when the Jewish terrorist group Virgo killed 250 precious Arab men and women, innocent men. He cried.  He couldn’t finished his lecture and walked home, said, I cancelled the class, I don’t know when I am coming back. That’s April 1948, that’s a month before the official founding of the state of Israel, and he knew the final question is going to be, okay, Israel, you are going to coexist with indigenous people or you going to dominate. Einstein said, coexist, Jabotinsky said dominate, who won out? [Ze’ev] Jabotinsky. They have been dominating ever since. You see what I mean? And then occupying after ’67 and so forth. So, that I think Bill Maher, would have to say, well, of course there had been some religious figures, but they are the exception, they are so small, they are so – and you say, well, that’s human history, that is human history. Human history is one in which, domination, subordination, hatred and revenge has been stronger than freedom, democracy, love and justice. It doesn’t mean the love, and justice, hasn’t had an effect and consequence, but we still live in the world of Empires, patriotic, homophobia, class subordination and so on, you see. And so that’s the history of who we are as species and that’s true whether your religious or not.

TIM: It is interesting to note that Islam has come up twice now in Maher’s show and not one Muslim was given space to address the issue or provide an articulate response to the concern.  This is largely the case across the media where the narrative of demonization is played widely.  Where’s the responsibility?

CW:    There are a variety of different distinguish Islamic thinkers, and voices and figures. Who need to be not only at the edges but at the center of this discussion, you know what I mean? I would give up my seat in a minute to an Islamic voice that would be talking about you know, freedom and democracy and equality, as it relates to the very rich and complicated Islamic tradition.

TIM:  Do you think this is a structural problem within the country [for this exclusion] that is an inevitable outcome of imperial presence overseas?  Is it the media?

CW:   I think the media bares a lot of responsibility for this and unfortunately much of the media, not all, you can see the Amy Goodman and some other shows but so much media’s market-driven. You know, to the degree to which the Muslims are constituency who watch TV, who pay – who buy products and advertisers want to sell. Once that becomes even stronger then lo behold, you have more weight and leverage in terms of who’s actually on. I mean, this is neoliberal capitalist society that we live in, it’s ruled by the money and big money.

CW:   Well, I will tell you, I mean, I have a number of non-Muslim brothers, there is about scholars who come up to me and say, we so deeply appreciate what you are saying, of course, your concern about what is true and just in Islamic tradition can be a force for good or force for evil, just like Christianity, Judaism and the other. And when brother Bill Maher says to me, well, of course, what ISIS and what Al-Qaeda, were at a moment where Islam poses more of a threat than Christianity. More of a threat than Judaism or whatever. You say, it is relative to the context, you see in Gaza, it’s fundamentally Judaism and Judaism as a force for occupation, that in the context of the US form policy as related to Syria.  Yeah, we all agree, ISIS is genocidal and fascism and barbaric, in fact they kill more Muslim brothers and sisters and non-Muslims actually, so at that point, it’s more or less spiritual issue that cuts within the Muslim world, as well as a Muslim and non-Muslim distinctions. But in another parts of the world, you know, in India, it’s still a caste question, with our precious Dalit brother and sisters. It’s Hinduism and fundamental is Hinduism, that’s a force for subordination and domination. So, it depends what your context actually is and you have to be able to keep track of the truth. I mean, as I said before, there is a the in what, Brother Bill Maher is saying in terms a religion as a forceful domination. Of course, we all agree with that. It’s just, you can’t be so narrow and exclusivistic in viewing it as somehow it cannot be of force, and it was a major force for good.

TIM:  Last question on Bill Maher. What do you think his end game?  Why is Maher pursuing this line of reasoning so much?

CW: I think the fundamental motivation of my dear brother Bill Maher is, he wants to point out the hypocrisy, of secular liberals who he thinks don’t want to be more explicit about Islam as a force for subordination. I mean the irony is, you got a whole lot of liberals who talk their way, whole lot of Neoliberals that will talk that way. But for him within the left, he sees leftist who don’t want to come out and talk about, just how you know, ugly the deeds of ISIS and so forth, are they want to engage critiques of American empire and what have you. And I think that’s his fundamental thing, he wants to point out that hypocrisy among the left. And yet, you know, in the end, we have to be concerned about truth and concerned about justice, and I am really concerned about how do we deepen and expand prophetic thought and prophetic deeds in the Islamic tradition because it has a history of it, and it’s a matter of continuing – continuing to build on it.