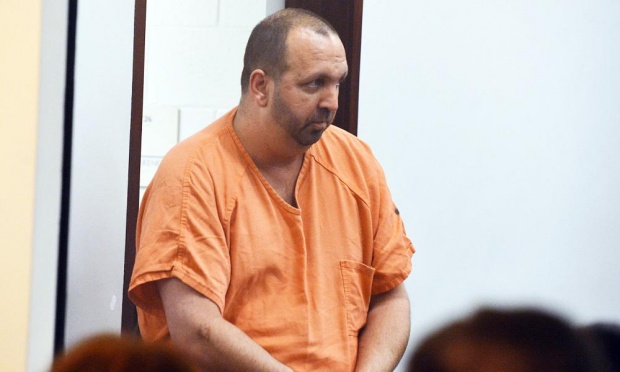 Craig Hicks, UNC killings, and How We Talk About Racism and Violence

Two weeks ago on a Tuesday evening Craig Hicks entered the home of three Muslim-Arab-Americans, near the University of North Carolina – Chapel Hill campus. Yusor Mohammad, and her husband Deah Shaddy Barakat were spending an evening together with Yusor’s sister just six weeks after they were married. The details of what exactly happened are still a mystery. We do know, however, that Craig Hicks murdered all three of them. By all accounts, they were taken from this earth at the beginning of their bright lives as a happy and loving family.

Craig Hicks is an avowed atheist who has openly stated his contempt of religion in general and Islam in particular. Knowing of his expressed hatred of Islam along with other facts of the case, manye in the Muslim and Arab community in the United States have come out demanding that this be recognized as a hate crime motivated by Islamophobia. Yet, it seems that in reporting on this incident, commentators are working very hard to give the murder every benefit of the doubt and are avoiding referring to this as even a possible hate crime at all costs. Instead pundits and news anchors alike have mostly clung to the story that these three people were murdered execution-style over a parking dispute. This is true despite the fact that no one was parked in the visitor parking spot in question, and despite the fact that the victims had relayed their fear of this man and his apparent hatred of their religious identity many times to their loved ones.

So committed is the mainstream media discourse to this set of “facts” that “Inside Edition” chose to follow up one of its reports on the incident with a piece about how to more efficiently find a parking space. The atrocious and insensitive blunder was not given a second thought, never mind an apology. It is no wonder that Deah’s sister, Dr. Suzanne Barakat, felt compelled to tell the hosts of Morning Joe, “I think it’s absolutely insulting, insensitive and outrageous that the first thing they come out and say and issue a statement that this is a parking dispute.” To his credit, Joe Scarborough did not hesitate to say these murders were motivated by hate. To the rest of the media, Dr. Barakat said “to call it a parking dispute…is to trivialize their murders.”

This incident and the response to it have brought up a larger problem concerning mainstream media discourse: the way we talk about racism and violence. And as many writers and public intellectuals have shown already, Islamophobia (a problematic term in itself) is a racialized form of hatred.

This problem has been made incredibly clear by the way prominent incidents of racial violence have been portrayed in the last few years, from the murders of Trayvon Martin, Mike Brown, and Eric Garner, to the execution of Deah, Yusor, and Razan. When incidents like these are brought into a national discussion through committed protest and activism, the discourse focuses almost entirely on the “facts” of the incident and not how the incident as a story reflects a larger truth about the experiences of various communities of color in the United States.

Few people have worded the internal dynamic of these kinds of discussions better than James Baldwin in one of his short stories titled “Going to Meet the Man.” The narrator states the following in reference to one of the story’s characters:

“Secrets hidden at the heart of midnight are simply waiting to be dragged to the light, as, on some unlucky high noon, they always are. But secrets shrouded in the glare of candor are bound to defeat even the most determined and agile inspector for the light is always changing and proves that the eye cannot be trusted.”

While this passage was written to describe a different sort of secret, it is still very appropriate when considering “secrets” of what happened to Deah, Yusor, and Razan, and what Craig Hicks’ “motive” was.

This is not an experience unique to these murders. Indeed, how often have communities of color in this country forced the spotlight onto our murdered loved ones through the power of protest and activism only to find that the glare of duplicitous media attention has made monstrous caricatures of them as it attempts to excavate the bare facts of those events? Trayvon Martin, the hoodie-wearing aggressor who jumped the neighborhood patrol. Mike Brown, the jay-walking thief who “bull-rushed” a cop. Eric Garner, the obese illegal cigarette seller who supposedly resisted arrest by putting his hands up. And with this most recent case, the discourse will inevitably focus on how if Yusor, Razan, and Deah could have just not upset the white man with a history of anger and submitted themselves to his irrational will over a parking spot, maybe they would be alive.

Furthermore, how often do we see the image of their murderers nurtured to complex density so that every decision they make seems to be a painful moral judgment that we ourselves cannot judge? News coverage portrayed the murderers as if every one of their movements in these incidents was part of a righteous choreography responding to dangerous motions by scary people. If you were to believe the accounts of George Zimmerman, Darryn Wilson, and Daniel Pantaleo, it is as if time itself slowed down to afford them the opportunity to make their supposed myriad moral calculations. I would be shocked if we did not hear a similar account from the only person who survived that fatal confrontation in Chapel Hill, which according to police was a parking dispute that “spun out of control.” We continue to hear this, despite the fact that they were shot execution style. Somehow we are expected to pretend that execution in itself is not an act of pure total control. We are also expected to ignore the fact that in all these cases, never once did the victims initiate the interaction.

So, as we watch news networks put Craig Hicks’ rage on trial, Arab and Muslim-Americans are placed in the precarious position of trying to “prove” that his self-expressed hatred motivated his actions. Yet when we consider some of the most horrific instances of racial violence in the history of the United States, was there not always a “fact,” a reason, a crime requiring justice, which was used as the basis of that violence? One of the most prolific forms of such violence was lynching, on which a report has been recently published by the Equal Justice Initiative.

Would anyone dispute today that these torturous murders were an intricate part of the racist landscape of America? And yet, every one of them had some “reason” behind it. An alleged whistle to a white woman or a supposed crime. Can we truly separate systemic oppression from the particulars of an incident so cleanly?

With this question in mind, I cannot help but think of the haunting ballad “Strange Fruit” as sung by Billie Holiday. The song, originally a poem written by Abel Meeropol, forces us to bear witness to the terrifying juxtaposition of beautiful southern landscapes and a burnt black body. It shifts effortlessly between the two without making deference to whatever facile justification was used to murder this particular person.

All of this is to say that even as communities of color protest the particular ugliness of individual incidents, we are also protesting landscapes of racism. There is “blood on the leaves and blood at the root.” It is absurd to expect us to debate the particulars of individual instances of harassment, violence, and murder when we can see so clearly the broad strokes of American racism that connect them. In these instances, the media seems less interested in contextualizing the facts of a case within this landscape and more interested in contextualizing racism within the microscopic discourse of individual “criminality.”

And even within that microscopic discourse, American media seems more interested in individual thoughts than the nervous system that frames and shapes those thoughts in the first place. It is as if we can separate hateful affect from ir/rational thoughts. This way of talking about racism and violence forces us away from asking the critical questions. Those critical questions are not “who was on top of whom when George Zimmerman shot Trayvon Martin?”, but “why was he following him in the first place?” Even if we were to accept the “parking spot” narrative that Hicks has provided us, are we seriously expected to not ask why was he so obsessed with this parking spot? What amplified his rage about this particular space in the entire apartment complex to the point of murder?

I doubt anyone will ever truly know exactly what thought was going through Craig Hicks’ mind which led him to pull the trigger three times, nor am I even sure Hicks knows himself because of the uncertainty of memory. It would be impossible for us to say ultimately why Zimmerman, Wilson, Pantaleo, and Hicks killed their victims. But I know why Trayvon, Mike, Eric, Yusor, Deah, and Razan are dead: American racism. And until this country acknowledges that, our martyrs will continue to hang from the hyphens of their identity. They deserve so much better, and so do we. 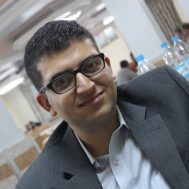 Samee Sulaiman is an activist and writer from Brooklyn, NY.