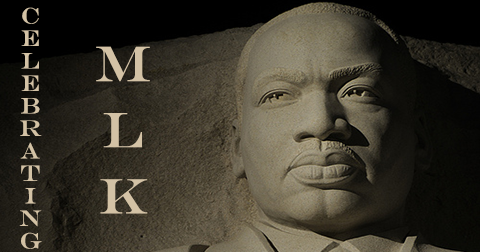 It’s Martin Luther King Day tomorrow and American Muslims have predictably split into two camps. One group will celebrate the man by talking about how close he is to Islamic ideals of equality and freedom, and the other will enjoy the three-day weekend with nary a nod to MLK himself. I can’t decide which outlook is more hypocritical or dangerous.

Let’s take a look at that first group of American Muslims. They are the ones who will acknowledge Dr. King today by writing articles, giving sermons and speeches, and otherwise discussing this great man of American history. Their angle: Martin Luther King Jr. was good but Islam is greater. This is the same group that comes out in droves on international women’s day and discusses the rights given to women by Islam more that fourteen centuries ago. To all these Muslims, I say, get a grip. Everything doesn’t have to revolve around the perfect picture of Islam that we try so hard to promote as reality. The fact is that today, Muslims are a mere shadow of what the Prophet Muhammad taught them. We don’t care about others, mistreat women and minorities, and indulge in every bad habit we could possibly find. Yet on MLK Day we find it acceptable to boast about the racial equality bestowed by God upon every human being. God may want us to be equal and loving, but are we trying to do His will here on earth? 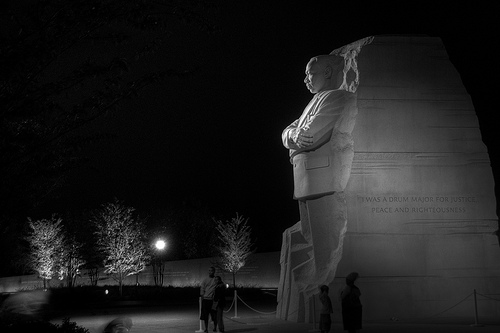 Many Muslims themselves don’t think so, and these are the Muslims I applaud. They are the Imams speaking out against racial hatred between Arabs and Africans – not in the Middle East, mind you, but right here in the United States. They are the American Muslim women sharing their struggles of gender inequality in the mosque and the home. They are the Muslims who are against violence, who volunteer in their communities on MLK Day because it’s the best way to portray Islam’s true teachings and to earn God’s pleasure. They don’t describe the glory days of Islam, but rather remind Muslims about their failings in a caring, positive way. Just like Dr. King.

So for all Muslims chilling this long weekend, here are my suggestions. If you are American, try to celebrate what Martin Luther King Jr. did for your country by your words and actions. Acknowledge his vision of a better future for everyone, not just one race.  Don’t sell him short just because he was Christian, or black, or anything else you’re not. What he was talking about in his dream speech wasn’t exclusive to African Americans; in fact it encompassed all Americans, all human beings. As a Muslim, you shouldn’t rest until his dream comes true, because that world will be a more beautiful place for you and your children as well. Perhaps most importantly, recognize that the message of Islam regarding perfect peace, equality and brotherhood isn’t a reality yet, but pledge that you’ll try your hardest to edge closer to those goals – to Islam’s goals, to Dr. King’s goals. There’s no shame in saying, we need to do better. MLK Day is a commemoration for all those people in the world who wish to do better. Let’s join as Muslims, but let’s give Martin Luther King Jr. his due. 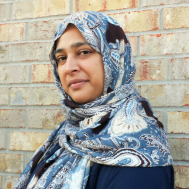