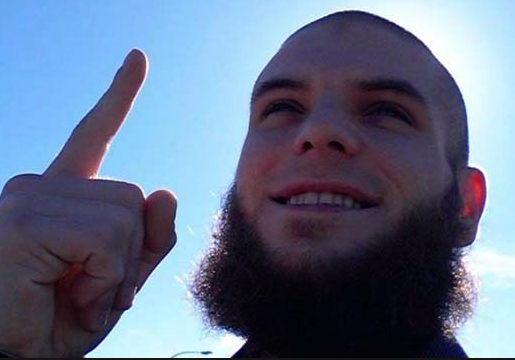 Don’t Throw Converts Under the Bus

One Imam’s idea of “vetting” people before they choose to convert to Islam.

Two Canadian soldiers were killed by Muslim converts last week. On Monday, Martin Rouleau rammed into a soldier with his car. On Wednesday, Michael Zehaf-Bibeau stormed the Canadian parliament building, killing one soldier and injuring others. The ongoing backlash against Muslims in Canada following these events has rightfully concerned  an Imam from Calgary, Syed Soharwardy, who is the founder of Muslims Against Terrorism and the Islamic Supreme Council of Canada. 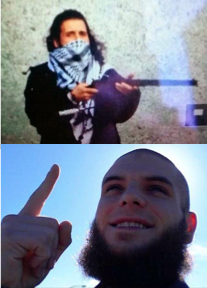 In light of these concerns, Soharwardy has suggested that Imams should research individuals before “allowing” them to convert. Soharwardy claims that, “We just cannot accept everybody in Islam without knowing that the person has a criminal background or is a drug addict or has abused in his (past), and just declare them a Muslim.” Soharwardy also recommended that Imams should “take on the responsibility of checking backgrounds and staying in touch and make sure this person is not being recruited by any radical organization or terrorist organizations.”

I understand the motivation behind Soharwardy’s suggestion. The white converts behind the killings have put Muslims in general, but particularly Muslim women and racialized Muslims, at risk of retaliatory violence. If these two men were not connected to Islam, perhaps this backlash would never have arisen. Soharwardy is also right to suggest that converts should not be given the shahada-then-nadda treatment, as embracing a new faith without any support can be very difficult. Despite this, I find Soharwardy’s comments to be deeply unsettling for numerous reasons.

Primarily, Soharwardy cannot, in a theological or practical sense, prevent anyone from embracing Islam. Imams are not a privileged class that get to decide who can become a Muslim, and suggesting they are runs contrary to the spirit of non-hierarchal community Islam is based upon. Moreover, one Imam refusing to bear witness to the profession of faith does not prevent another from accepting it. Anyone can become a Muslim, and no group or council can prevent it. I’m disturbed by the fact that Soharwardy seems to believe he has the authority to do so.

Additionally, Soharwardy’s comments are degrading to those who have committed crimes or dealt with drug addictions. Yes, knowing this information about a convert may be relevant in helping them have the smoothest transition into Islam. Yet this information cannot be used as grounds to deem someone unworthy of becoming a Muslim. Some of the most famous and inspirational Muslims were criminals and addicts before embracing Islam. Maybe Soharwardy has heard of Malcolm X? Regardless, stigmatizing addicts and those convicted of crimes is discriminatory and should not be accepted, plain and simple.

Finally, Soharwardy gives too much credit to Islamophobes. Soharwardy seems to believe that Islamophobia is a rational process, and that if Muslims could show that the two converts were not “official” Muslims, there would be no backlash against Muslims in Canada. This is not the case because Islamophobia is not a rational position. It is an irrational fear based on ignorance and hatred.

Unfortunately, Western society is infested with Islamophobia. For example, the media has played a predominant role in spreading fear of the two murderers being part of some ISIL plot by focusing on their religious views while not giving enough attention to other, likely more relevant, factors that contributed to their actions. This narrative has been embraced by many Islamophobic segments of the Canadian public, with the government doing little to stop the narrative from spreading.

As such, Soharwardy should be focusing his criticism on sensationalist media, the public that swallows media coverage whole, and the government encouraging the whole process. Muslims will be demonized until Islamophobia, stemming from these sources among others, can be effectively disempowered throughout Canada. In the meantime, Muslims need to keep this reality in mind and refrain from selling each other out in a doomed attempt to gain acceptance from spiteful outsiders.