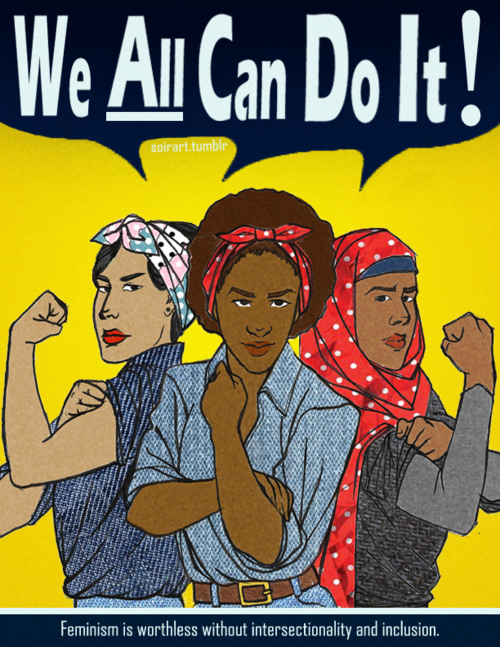 A social media stampede occurred when the renowned scholar Abu Esa Naimutullah and his self-proclaimed “feminist Nazis” marched head-on to snatch all kinds of terms and labels left on the 21st century virtual battlefield. For those who were stuck at corners, quite frankly horrified by the pushing, shoving and crushing going on, I think its time to make way again.

I won’t repeat the background story or the points that have already been made. If you are reading this, you probably know how the tweets, emotions and articles escalated after a poor attempt to deride the International Women’s Day for an audience gravely lacking many senses, a sense of humor to name one.

This is in no way an attempt to criticize all the voices that were heard, for amidst the unproductive, harsh criticisms, there were also people like Sana Saeed who made some great comments. One such point that should’ve been fairly obvious yet unfortunately wasn’t, was that this social media backlash cannot and will not achieve anything. It is crucial to address the core issues that ignited the flames, and this requires taming emotions (especially the urge to label others as feminists and misogynists), and blending in reason to build a constructive dialogue. Hence, I beg everyone to take a step backward, and use an objective lens to evaluate the following events and their implications.

The first question to reflect on is: What could an educated Islamic scholar who overtly supports women rights on his social networks and blogs, might have meant in his recent tweets? “Yes, Int’l Women’s Day has officially started. Or as it’s more widely known, “Men not giving a monkeys that it’s Int’l Women’s Day.” This met hyper ventilated responses on social media, “@Niamatullah #FireAbuEesa because he’s racist, sexist, and twisted in the head! He is sending wrong/opposite messages of Islam!!” Soon, Abu Esa was tweeted back saying, “Few things are as satisfying as being detested by feminists, secularists, extremists and madkhalis, but loved by the ice-cream man. :-)” (Yes, the smiley was positioned at the end of this tweet – I wonder why).

Based on this, it is fairly obvious that there is a liberal feminist right that Abu Esa clearly has an issue with. However, if you followed his multimedia presence regularly or have been his student, or if you are like me and you haven’t done any of the above but thanks to the influx of posts on your newsfeed, you were sucked into this battle and scrolled down his face book page for the very first time to learn more about him, you would know that he is an advocate of women’s rights. You would read from his female students that they respect him more for the respect he shows women and for his ability to humorously flex out of the persona of a strict teacher of religion. Hence, even from these very first bits of information, one can gather that while there are certain “feminists” that Abu Esa detests, he fervently supports many of the principles that can be classified under the broad term of feminism.

However, it should come as no surprise to any student of social sciences that his rather insensitive use of a very complex term left many people on guard, and quite understandably so. As is the case with terms and labels, their meanings are layered in cultural overtones, histories, personal struggles and societal privileges that the individuals embracing or rejecting these terms subscribe to. So the question that remains is: why was a credible teacher of Islam using this loaded term to begin with?

In one of his facebook posts on the subject, he said, “They [feminists] need to realize that adding the prefix “Islamic” or “Muslim” to the word Feminist, doesn’t make it any more acceptable in light of the Qur’an and Sunnah.”

As someone who has continuously taken a problem with people trying to support their conservative and often radical biases through Islam, I understand that the other end of the spectrum is often no better, and it is this end that Abu Esa might be referring to. Being the first products of this global village, individuals [Muslims and non-Muslims alike] are predisposed to accepting progress and liberalism as all things good and conservatism and orthodoxy as all things bad. Hence, religion in the modern context, is not merely religion anymore. Rather, overwhelmed by the need to validate it with every ounce of his existence, one tries to find in it an inherent evidence for all worldly inclinations that appeal to the common senses, be it the object of revelation or not.

This is absolutely not a judgment on the value of feminism, or an attempt to say that Islam does not preach feminist values at all. But rather, it is an attempt to raise a voice of caution at all those who try to justify feminism through Islam. In the context of Arabia where Islam arrived, it did have revolutionary features that empowered women. Positive features like these are the reason why it appeals to many intellects in the first place. And Abu Esa does not deny that. However, the way people use Islam to support their own feminist biases today is really not a holistic representation of the religion itself. Most problematic is the fact that such feminists do not adopt an approach that is any different from the approach adopted by some hardliners and conservatives, who also use Islam as fitting to their proclivities. And it is only this specific brand of feminism that often exploits Islam only to serve its ends, I believe, that Abu Esa takes a problem with. 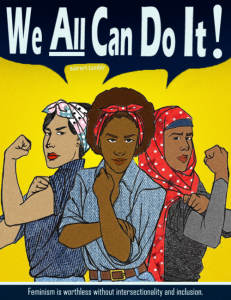 However, feminism, considering the waves that it has evolved through, cannot be limited to attaching secular notions to Islam only. In his attempts at satire, what Abu Esa failed to recognize is that there is an internal contest to reclaim the word itself. Muslim feminists fall at various points along the gradient from “feminazis” to women rights advocates to those oppressed under the banner of Islam. The main problem with his slander against feminists was not only that it perceived a singular body of feminists on the opposing platform, but also, it assumed that the word feminism and its meaning were static in nature. Whereas in reality, the term itself is continuously being redefined by feminists and anti-feminists (misogynists?) alike.

That said, one must now contemplate upon the course of offenses that were taken.

There were those Muslim women whose rights Abu Esa champions, who don’t necessarily identify with the certain class of “feminists” that he was targeting, but do identify as “feminists” nonetheless. There are also those females who identify with feminism in light of the religious framework, but the word “feminist” is not dear to their sacredly held values, for the additional secular baggage that it carries. Then there are those students of Islamic knowledge who are well versed in religion yet, the term “feminist” is what they closely identify with. For many such aspiring learners, Abu Esa’s choice of vocabulary might’ve been rather ignorant and harsh, and merited the apology that was provided (though that could’ve been done in a more humble fashion).

Nevertheless, if those offended indeed understood Islam better or just as well as the scholar himself, then they should have had no reason to feel insecure by his inappropriate jokes.  They should know better than to launch attacks showing the same lack of adab that they accused Abu Esa of, maybe going a step further harsh, without even the facade of satire that he had used. The hate-propagating “FireAbuEsa” campaign that demanded action from Al-Maghrib institute, served no purpose except create a divide within the community. If accomplished, it would have only done a disservice to Al-Maghrib’s faculty and access to the Islamic scholarship provided through that forum. In essence, the only ones to really lose out would have been the youth, who would have failed to aid the cause of Islam by limiting their own resources.

Last but not the least, the fact that these online campaigns and comments do not seem to affect Abu Esa much should give everyone further points for reflection. Maybe Abu Esa really knew what he was talking about and his comments weren’t intended as an abuse or an insult to women rights movement. However, reactions from both sides were not 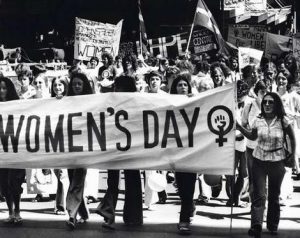 conducive to reaching that understanding. Even though Abu Esa has the freedom of speech to speak against a branch of feminists, as a scholar he has the added responsibility to fully explain who exactly classifies under his definition of that category. He did not volunteer to offer an explanation. And nobody made an attempt to figure out why he threw the word “feminists” around so casually or, what is it that he hates about Islamic feminism and why? Had he done that, many might have realized that the warring parties were on the same side.

However, given that he didn’t, those who reprimanded Abu Esa should have reexamined his words and their own approach while responding to him.  As individuals who claim to have higher standards, should we not know how to behave more respectfully? Should we not have more faith in religious scholarship and give Abu Esa the benefit of doubt? Should we rather not discuss the core question at hand – which is, does Islam really preach all kinds of feminism or is it just the case that one makes Islam their strength when it comes to feminism? And most importantly, why did so many of us care more about the term Abu Esa used, rather than the principles he was referring to, in immediately thinking that we were being targeted, or rather, were we not thinking at all?