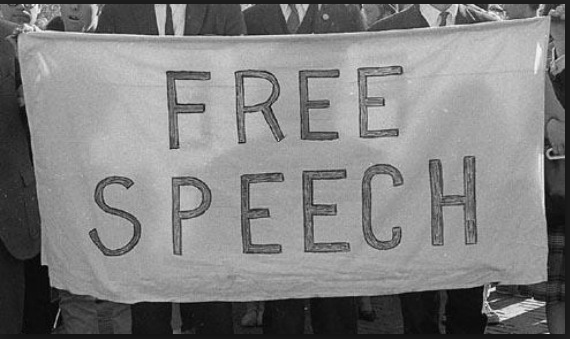 Free Speech and the Muslims Who Love It

*Editor’s note: This piece was first published in the inaugural issue of The Islamic Monthly, January 2011

It’s hard to imagine that there was once a time when people who wished to live insular lives among their own kind could do so, in places where their views would not be challenged or worse, would not be mocked or ridiculed to the point that one would feel the need to take action.

Something happened on the way to a globalized, interconnected world – we found ourselves face-to-face with people who challenge our most deeply held beliefs. For some, this has been a difficult thing to deal with, and the cycle of provocation and reaction has only increased the sense among some Muslims of being embattled and misunderstood.

This sense has deepened as provacateurs on the fringes of those in the Muslim and non- Muslim camps increase the tension for everyone. This year’s “summer of discontent” has been highlighted by attempts to burn Qur’ans in Florida, constant villification by politicians opposing the Park51 project in lower Manhattan, the implied threats against the creators of “South Park,” and the surreal drama surrounding the “Draw Muhammad Day” (which led to the day’s unwitting creator, Molly Norris, to go into hiding), and so on.

What do we make of the situation we find ourselves in, and how exactly did we get here? The main problem on both sides has been an emotional response taking hold before a logical one. For Muslims, the image of “Rage Boy” and the constant protester, though unfairly attributed to all of us, did not come out of nowhere. People (not just Muslims) who feel disempowered often resort to emotional displays as a release, with no reasonable expectation that the source of the provocation will change. The desire to do something – anything – to address a wounded soul comes first and foremost.

Having learned their lesson from the days of the “Satanic Verses” protests – which did not appreciably help our image – Muslims in the West did not react in a publicly emotional way to the events of this summer, and only a handful reacted in a stereotypically angry fashion in the Muslim world. This may reflect hopelessness that the anti-Muslim rhetoric is an unstoppable juggernaut, or it may simply suggest that the Muslim masses are growing a thicker skin.

There are really only three responses we can give to anti-Muslim provocations. We can ignore them, which doesn’t necessarily mean that they will stop, as right-wing politicians continually find them to be useful to get a rise out of the electorate. In fact, ignoring the flood of e-mails and cable pundit accusations only fuels the fire, as some interpret our silence as a grudging admission of the veracity of the smears. Muslim silence in the days after 9/11 fed, in part, the eternally asked question, “Where are the moderate Muslims?” – a question that is never asked with the expectation of an answer.

Another option is to try to ban offensive speech through legal or other means. This, in fact, is being attempted today in forums such as the United Nations, where the Organization of the Islamic Conference is pressing for the passage of an anti-blasphemy resolution. This and other quixotic efforts are fueled by the erroneous assumption that it is possible to coercively stifle offensive speech, something that is nearly impossible in the age of the Internet. Information, as some say, “wants to be free,” making the suppression of provocative material or speech highly unlikely, even if some sort of legal mechanism is adopted.

Some argue that anti-Muslim speech in the West could be put in the same category as other banned speech (e.g. holocaust denial in Europe), but even if this were possible, it would not have a desirable effect for Muslims. Suppressing offensive speech rather than addressing it directly only helps to intensify the rhetoric and deepen the resolve of those who have problems with Muslims in their midst. Banning speech, on the other hand, can backfire. It is more likely that the majority would find the Qur’an to be hate speech worthy of banning than it would be for a minority (i.e. Muslims) to persuade the majority to ban anti-Muslim speech.

This brings us to the third response – to embrace free speech, warts and all, and use it to our advantage to change our societal condition. The reality is that much to the chagrin of some Muslims, the free speech jinn (genie) has been let out of the lamp, never to return. And that’s a good thing for Muslims. Free speech protects, first and foremost, unpopular speech, often by marginalized groups. And creative speech by minority groups can be quite effective in shaping public discourse.

Take the events of the summer of 2010. As bad as things were for Muslims, our communities responded admirably to the unprecedented amount of anti-Muslim speech this year. For example, look beneath the manufactured outrage of the “South Park” debacle, in which the media made much about a lone alleged death threat against the show’s creators for their perceived portrayal of Muhammad (peace be upon him). Muslim Americans universally refused to take the bait and express their dismay in compromising ways. The most visible response from Muslims, in fact, was a series of thoughtful op-ed articles in major national media. As a result, when further “outrage” did not appear beyond the lone blogger who started it, the media coverage died down.

Though the controversy surrounding the Park51 development in lower Manhattan was exacerbated by a few PR missteps, it was a positive reaction by Muslims and their allies that helped to bring down the temperature, despite a well-funded and intense fanning of flames by anti-Muslim bloggers and pundits. Rallies in support of the project were peaceful and inclusive, unlike those of opponents. Supporters reached out to community groups and interfaith leaders, while opponents reached out to extreme right wing groups in Europe. Unlike the stereotype, it was the Muslim side that was peaceful and the anti-Muslim side that was “raging in the streets.” While the controversy is not over, it has died down considerably and the project faces no serious obstacles.

When cartoonist Molly Norris suggested that there should be a “Draw Muhammad Day” to defend free speech, the reaction from local Muslims was not what most would expect. Mosques in the Seattle area reached out to the cartoonist, who subsequently disavowed the viral “day” that had emerged from her single cartoon. When the “day” finally arrived, Muslims did not react to the provocative drawings that were collected and posted on the Web, and the event passed with little notice. And when a credible threat from abroad (and a visit from the FBI) persuaded Norris to go underground for her safety, Muslims rallied to her defense with media statements and petitions.

It is not clear whether this embrace of free speech has strong roots in the Muslim community. After all, there are still many Muslims, especially those in countries where free speech is not respected, who live with the old paradigm. But if we as a society continue down the road we’ve navigated in the last year – when we preserved our dignity as well as the rights of all to express themselves without fear of violence or retribution – we will help advance the status of our community in America.

If we keep up this strategy, when that next viral e-mail hits your neighbors’ inbox warning them that Muslims are an intolerant group seeking to suppress the freedoms of others, our increasingly visible reality will persuade them to delete that e-mail and the hate that goes along with it. 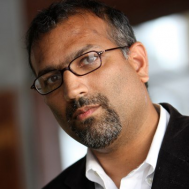 Shahed Amanullah is the editor-in-chief of altmuslim.