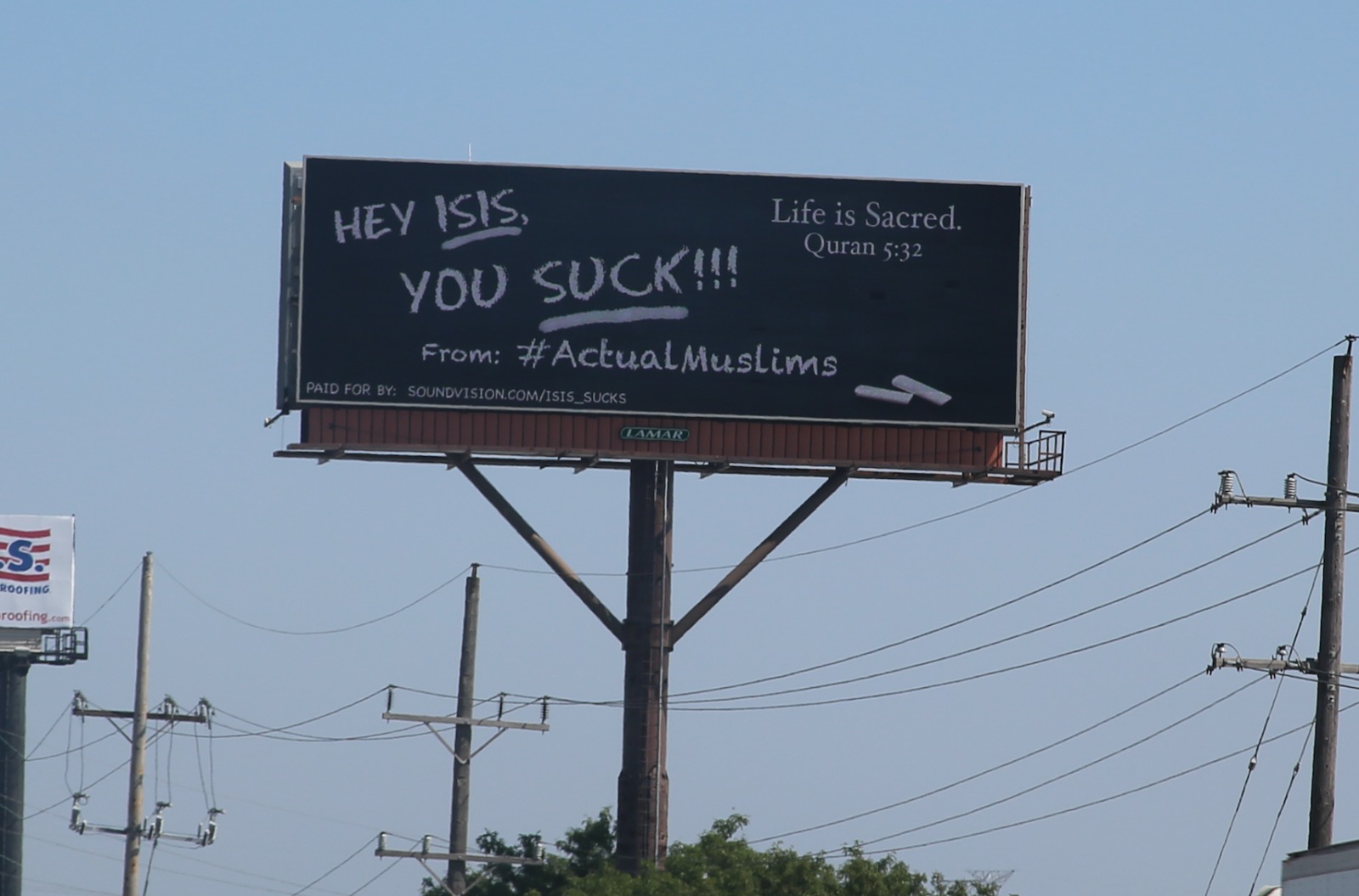 Here is A Message from Just Your #ActualMuslims

I was born and raised in Chicago to immigrant parents. I now have three kids of my own who are third generation Americans.  On a day-to-day basis, I am active in my community, involved as a parent in my children’s school and focused on building my business.  Just your #ActualMuslim, you could say.

Terrorism, in the name of Islam, was always troubling to me, but I did not let it get in the way of me trying to positively contribute to my community.  I ensured that my kids knew what was right and what was wrong.   My 13 year-old son would often watch CNN and be alarmed by much of the terrorism which seemed rooted in Islamic language or by people professing to be Muslim, but we would explain to him that this is not Islam in any way and he would grow to understand that quite well.

But in recent months, since this election cycle, I have found a need to try to speak out more, and in a louder voice, about what actual Islam is, who we, #ActualMuslims are, not the way the media has portrayed us, nor the way some terrorist have sabotaged us.  And a group of dads in my community felt the same way.

A few months ago, I was visiting a friend in Dallas when we heard of a Trump rally not too far away. The rally itself was significant since it would be the same one where Chris Christie would endorse Donald Trump.  My friend was motivated to attend to, in some small way, demonstrate that we, as Muslims, are your everyday normal citizens. We thought striking up some conversations to attendees could be a way to speak of how we share the same general values and concerns for the direction of our country.  We arrived early and while waiting, we began chatting with a few people standing in line next to us. 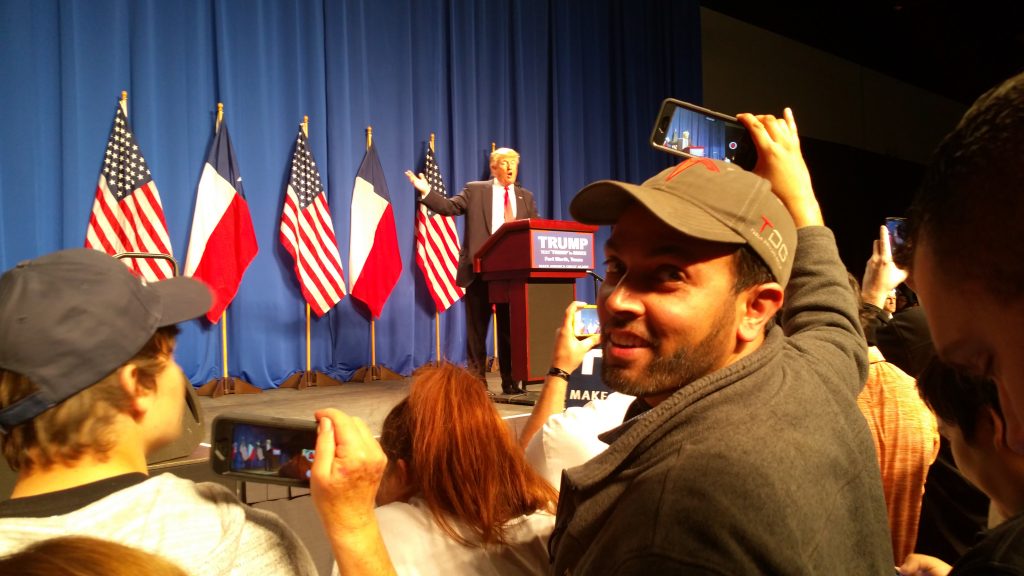 But a conversation with one woman in particular always remains in my mind.  This woman, a bit further away from where we were standing, overheard me telling someone that I am Pakistani-American, and she walked over.  She seemed like a very nice, mid 40’s average American.  When she walked up to us, she stretched her arm out and offered us some jelly beans. Then said, “I visited Belgium last year, and went to a clothing boutique, but when I realized the owners were ‘Moslem’ I refused to buy anything from them. I realized they are our enemies. I am not going to buy from our enemies.”  Then she paused and looked at me and said, “good thing you are not one of them.”

Yet, despite that comment, she, and all the people we spoke to were incredibly nice and welcoming, much to my surprise.  And it was then that I had a realization, that despite the height of the Islamophobic rhetoric in America, and with the San Bernardino attacks having happened just a few months prior, and despite being in Texas, the heart of Republican Conservatism, that people were actually willing to talk to us and listen to us if we took the time to talk to them.

I felt like I wanted to speak to the masses, that this is not me, or this is not who we are, us, #ActualMuslims.

Right wing media often portrays Muslims as silent and not doing enough to speak out against terrorism.  I disagree since I know first hand the many Muslim leaders and organizations who do speak out.  And at the same time many Muslims often state that maybe we shouldn’t have to explain ourselves, but the truth is these are the unfortunate times that we are in, where perhaps we do have to take that moment and speak to and reach out to people.

So, in this same spirit of speaking in a louder voice, we set out to do something bold.  A few days ago we posted a billboard on Interstate 294, a major highway in the heart of Chicago, that in some ways allows for us to reach out to many more people.  The billboard reads: “Hey Isis, You Suck! From: #ActualMuslims.” Our aim was to remind people that we are actual, everyday Muslims, who want to live our lives, practice our faith and do the best we can as Americans.  Our message was to speak to the common American folks to make them aware that Isis does not represent us, or our faith.  And there is no greater quote than the words from the Quran, an idea that is shared across faiths and beliefs, that Life is Sacred, also featured on the billboard, and speaks to the heart of our protest against Isis who kill aggressively and wrongly in the name of Islam.

Designing, creating and implementing the billboard idea was truly a grassroots effort by a group of Muslims from Chicago who, like me, sincerely want to let the world know that we are Americans and love this country and will not allow an extremist  fringe group to hijack our faith.  And no doubt, the reaction since posting it up has been positive and reassuring.  Perhaps this maybe just one effort where people are listening to #ActualMuslims. 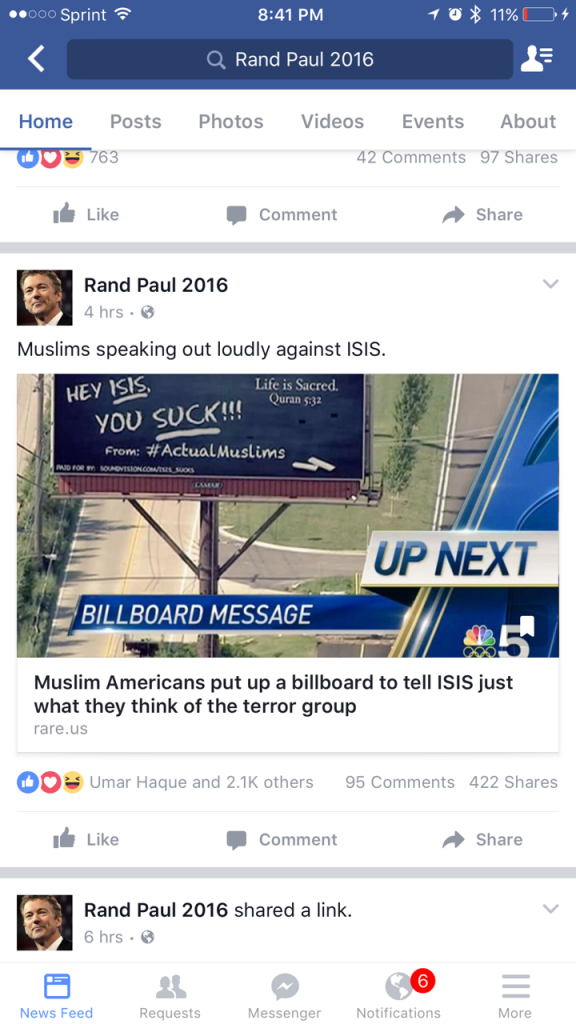 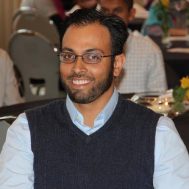 Omar Ali lives with his wife and three beautiful children in Illinois.