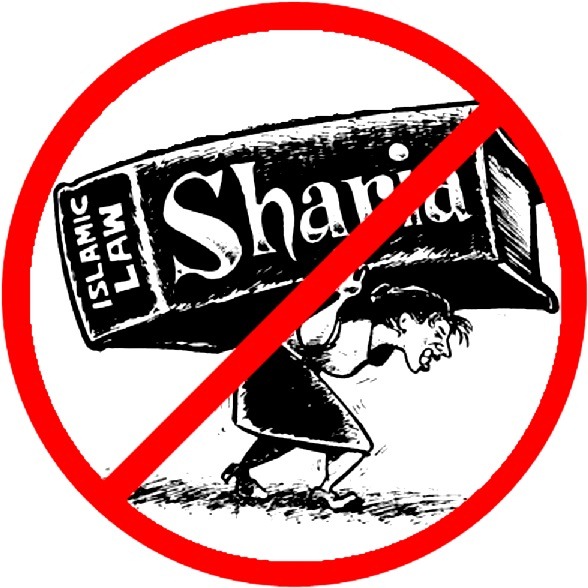 How I crept up on creeping Sharia

It was an extremely crisp Saturday in early April of last year; crisp in that sort of way that only an overused and abused toaster could deliver, except this was with the piercing coolness of the remnants of a merciless winter. I shuddered and quickly rushed into the metro, whizzed past confused touristy interns staring at their Smart Cards, and quickly caught the train heading towards Capitol South. Pressed immodestly between far too many inexplicably sweaty men in faded black suits,  I closed my eyes to imagine them as various embodiments of Joseph Gordon-Levitt and Ryan Gosling, to make the trip slightly more bearable. I was on my way to a symposium being held by D.C local Muslim professionals, entitled ‘Faithfully Civil: American Muslim Civic Engagement and the Islamic Tradition.” I won’t lie, I was a bit ambivalent at first about attending. As a Canadian in the United States, especially in heart of the modern façade of the Roman empire, it was hard to keep a lid on my apparently excessively controversial perspectives. D.C Muslims, with all their dry cleaned clothes and civic engagement a la government apologia made me gag. It was hard for me to sit quiet while being told that the only way to ‘serve my country’ was through interning with my senator.

Yet despite this initial hesitation, a good friend convinced me that I would find this particular gathering different from the rest and that it would do many others good to have a dissenting voice when necessary.

My ego gave in and here I was, gently swaying back and forth between the human crevices, with an ironed headscarf, two inch heels my grandma would envy and a Subway cookie (or three) for low-sugar moments. I found sanctuary in my judgmental thoughts until we reached Capitol South.

Leaving the station, I ran into my friend who had convinced me to come. I hadn’t expected her.

“Sana! So glad you could come! Nice heels! So, it’s apparently already started, let’s hurry so we can catch decent seats!” She exclaimed, grabbing my arm and leading me through the maze of white buildings.

As we entered the center where the symposium was taking place, I was told to not take any photographs, to not record anything and to not discuss anything outside the group of attendees. My confusion was furthered when I was handed a disclosure form, stating that I agree to all the mentioned and unmentioned terms. I refused to sign anything but my friend, who we’ll just call Laila, informed me that this was a precautionary measure, with no real way of enforcement, against saboteurs.

“In the past, we’ve had the Breitbart crew, Gellar crew and their ilk come into our events and just write trash about their creeping shari’a sort of nonsense. This is just a safeguard against that.”

I wasn’t convinced, but I felt pressured, by her conviction and friendship, into signing something I did not read or agree with, in principal.

“You’re not Breitbart or whatever right? Why are you worried!”

We made our way to the conference room, which was dimly lit, mid-sized and relatively tightly packed. I would estimate that there were around 75 people, which surprised me. I recognized most faces immediately. Without naming names, there were prominent writers, journalists, scholars, journalists and public officials. Almost everyone there had been invited to a State Department Ramadan dinner at some point or another. I seemed like the odd one out and my discomfort grew.

We took our seats.

A young man, with one of those Zaytuna-special groomed beards, took the front podium and began to recite the Qur’an.  The crowd quietened and my unease slowly began to disappear. God’s words soften the most shakiest of hearts.

After the recitation, he introduced the MC for the night – a prominent DC-based public official.

“Walaykum’asalaam!,” we replied, enthusiastically, in unison

The following is not a transcript verbatim, but from memory of what was said.

‘Today, we’re here to embark on a plan that will shape the future of our children, of our children’s children and of this entire country. We are here to change the face of America but in a way that America will never know. We are here to bring enlightenment to America, for she is ignorant brothers and sisters. She is far too ignorant. We are here to reveal the word of God to her, brothers and sister, reveal the word of God that she has yet to accept but we will have her accept. God willing, she will accept His word and we are going to make this happen.”

Much like you, dear reader, I was sincerely wide-eyed and frozen in my seat. I looked over at Laila who responded with simply a wide smile and gentle, knowing nod.

“Is this a da’wah (preaching) thing or about civic engagement?”

I had missed what the speaker had said during my moment of hazy confusion, but all of a sudden seven men arose from the corners of the room and marched within the aisles, handing out pamphlets to each and every attendee. When one of them reached me, he hesitated briefly before handing it over – our eyes locked, his suspicion met with my confusion and it all seemed to translate into physical tension.

I quickly looked down and away. After he had left, I began to look through the small booklet he handed me. I fell into disbelief: a large Iranian flag, in color, graced the cover and under it was written “Re-Adjusting American Sentiments Towards Global Ummah.” Convinced I was at the wrong meeting, I turned to Laila to express my exasperation but stopped and almost choked on my unexpressed exasperation: Laila had been replaced with a man I did not recognize. He looked directly at me but did not say anything nor let on any sort of emotion. Instead, he looked down at the booklet I was holding, seemingly indicating that I should read it.

I peeled through the pages and soaked in, as much as I could, what it was that was written there.

According to what was in the booklet, in 1982 Ayatollah Khomeini had enlisted the help of twenty young American Muslims, of various backgrounds, who were sympathetic towards the Islamic Revolution, to help dispel myths and misconceptions about Islam and Iran in the United States that had resulted from negative and sensationalist coverage.  But more than simply providing education to fellow Americans, this group was encouraged to take up civic participation and try to instill Islamic ideas within the American public sphere. Yet instead of simply just participating themselves, they worked to create Muslim student associations in key ivy league institutions dedicated to fostering Muslim professionals who would continue the efforts. There were strict guidelines to what these individuals would not only study, but even what they would look like. According to the group’s original 1988 document, men would need to be tall, handsome by western standards (far set eyes, mid-sized nose, fair-skinned, mousy brown hair, broad shoulders, dimples in their lower backs); women had similar physical requirements (although the requirement of lower back dimples was contested as inexplicably unnecessary and hard to achieve) and could choose to wear the head-scarf, but it was preferred that they wouldn’t for purposes of blending into the broader American community.

Choking on my disbelief, I quickly flipped the pages until I came across an array of images highlighting various headscarf styles. The section, entitled ‘Islamo-Fashionistas: Blogging Towards Shari’a Compliant Fashion” advocated the use of fashion blogs by Muslim women as a means through which hijab, as a fashion ideal and statement, could be spread. I flipped through some more and saw images of One Direction’s Zayn Malik.

I stopped, unable to take much more, and stuffed the booklet into my handbag. The man who had been sitting beside me was now engaged in a conversation with three other people, giving me the opportunity to leave my seat and make my way towards the doors, which were blocked by two large groups of people. I didn’t want to arouse any sort of suspicion, or attention for that matter, and walked slowly over to the refreshments table located right next to the exit. I grabbed a piece of baklava, bit into it in such a way that its sweet nectar slipped down my chin. Obnoxiously feigning surprise and embarrassment at my well-played gesture of clumsiness, I signaled to staring onlookers that I required immediate self-attention. To my relief, they let me out with ease and I quickly made way for the nearest bathroom. Before I could reach the women’s room, however, the man who had been sitting next to me, in place of Laila, emerged from a corner, grabbed me by the arm and—