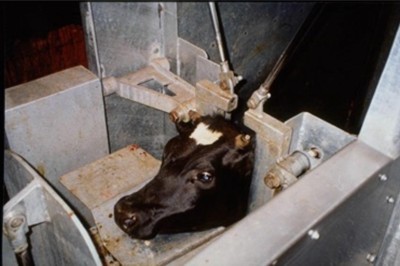 Of Meat and the Megamachine

This age of information we live and breathe in is at its apogee. It defines all that we do. Literally, every movement we make, every place we go, every book we order, every movie we watch, every news article we read, every picture we like – is collected and collated and stored as data. Freedom has never been a bigger lie. As Julia Angwin writes in her book Dragnet Nation: “[T]oday the anxious question – ‘who’s watching?’ – is relevant to everyone regardless of his or her fame or criminal persuasion. Any of us can be watched at almost any time, whether it is by a Google Street View car taking a picture of our house, or an advertiser following us as we browse the Web, or the National Security Agency logging our phone calls.”[1] This is the age of the Panopticon. We are all at the mercy of the all-seeing eye of the megamachine – the megamachine whose fodder is data, our data, our very souls and selves. 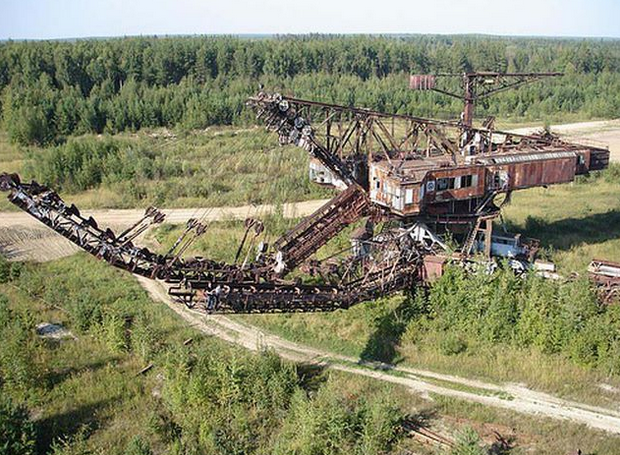 Take Denmark’s ban last year of kosher and halal slaughter of animals that have not been pre-stunned,[2]which was recently in the news again.[3] (How this relates to information and data may not be immediately obvious, but bear with me.) According to the law animals that are not “stunned” before their blood is let – whether by gassing, electrocution, or with a bolt through the skull – are seen as necessarily subjected to needless pain, the understanding being that pre-stunning renders animals “unconscious” and incapable of experiencing pain when their necks are cut open.

Conversely, in his study of industrial slaughtering practices Every Six Seconds: Industrialized Slaughter and the Politics of Sight, Timothy Pachirat[4] observes the innumerable times that animals are not rendered “unconscious” by the process of stunning. They are frequently noticeably alive even after they have been “stuck.” “Sticking” is the name given to the way in which animals are bled in non-kosher, non-halal, secular slaughterhouses. Significantly, the cut is a lateral one along the length of the neck, as opposed to a horizontal one in the case of kosher and halal slaughter. It is significant because the horizontal incision cuts through the carotid arteries, and is designed to kill the animal through massive, rapid bleeding; whereas, the lateral cut of the secular slaughterhouse, which is not in itself intended to be death-dealing, bleeds the animals relatively slowly. This is why Pachirat often found animals showing clear signs of life (such as rolling eyes) while they were being skinned a few feet beyond the “knocking” chute where a bolt was shot through their brain.

Jews and Muslims who eat kosher and halal meat argue that such methods of killing animals are less cruel than mainstream means. And, more importantly for them, they are in keeping with religious law, which, according to one position, does not allow for the stunning of animals (another perspective does allow for it, hence the Danish ban is only directed at kosher and halal slaughter practices that do not include pre-stunning). This is because pre-stunned animals risk being dead before their blood is let, and an animal is not considered halal or kosher if it has died before the religious rite of sacrifice has been carried out.

It is Muslim philosopher Tariq Ramadan’s contention, however, that industrialized slaughter – and the attendant practices surrounding factory farming –  misses the higher objectives of Islamic law vis-à-vis animals, which is to maintain kindness and mercy in every aspect of a Muslim’s interactions with them, from their raising, to their transportation, to their slaughter, to their eating. There is a sacrificial – from the Latin meaning “to make sacred” – aspect to one’s relationship to animals. Whereas the slaughterhouse functions according to the logic of the megamachine, where efficiency always trumps empathy.

And this is where the connection with data comes in. As mentioned earlier, we are at the mercy of the all-seeing eye of the megamachine whose food is data, our data, the data of our very souls. And the logic of the megamachine is defined by efficiency. In his two-volume masterwork The Myth of the Machine, the historian, sociologist, philosopher of technology, and literary critic Lewis Mumford (1895-1990) argued that modern society is a megamachine. The megamachine is the coming-together of science, technology, and political power as a single community of interpretation that renders life-enhancing values useless, eccentric, and even taboo. This, because such values do not further the logic and reach of the megmachine.

The megamachine, according to Mumford, is run by (and for) “the dominant minority” – the 1% in contemporary parlance – in relation to which individual and group personalities are leveled: “With this new ‘megatechnics’ the dominant minority will create a uniform, all-enveloping, super-planetary structure, designed for automatic operation. Instead of functioning actively as an autonomous personality, man will become a passive, purposeless, machine-conditioned animal whose proper functions, as technicians now interpret man’s role, will either be fed into the machine or strictly limited and controlled for the benefit of de-personalized, collective organizations.”[5]

In the history of the megamachine, the invention of the clock is significant. Originally created by Benedictine monks so that they could practice their rituals with timed regularity and accuracy, it was subsequently coopted by Charlemagne, who then passed an edict ruling that all his subjects work and rest according to a single, official clock. Mammon had won over God, as Neil Postman puts it. And of course the clock is definitive in its role behind the creation of the idea of efficiency, which is the guiding principle of the megamachine.

Secular law, as opposed to religious law, is crucial for the functioning of the megamachine. Especially because it reduces its subjects to the same level, and therefore more readily manipulable. Christianity – as opposed to Judaism and Islam – has been more readily malleable to the law of the megamachine, not least because of the New Testament edict: “Render unto Caesar the things that are Caesar’s, and unto God the things that are God’s.” Therein lies the roots of secularism: the separation of Church and State. Although historically this process has been messy, it is significant that this idea is promoted by European secularists who argue for the fundamental compatibility of Christianity with secular European values, and the fundamental incompatibility of Jewish and Islamic values. It helps also that Christ (at least the Pauline Christ) came to abolish the Mosaic Law, so it was all the more – and is all the more – easy for Christians to adopt the laws of the land. Or so the argument goes.

In this age of information, which reduces each and every one of us to data points, which are mined in order for our present and future manipulation, including that of our offspring and our offspring’s offspring, we must all be reduced to units that are essentially the same. The principle of efficiency entails this. And group values – such as religious laws – that are not in tune with the rules of the megamachine must be made to conform. This is the real reason why Denmark (and this sentiment is echoed, and will soon enough be seen, across Europe) ruled that non-stunned halal and kosher meat is illegal. Not because of any fundamental concern with animal welfare – as already mentioned, any serious study of industrial slaughter practices quickly reveals how fundamentally cruel they are. And it is not that Jews and Muslims are necessarily more humane when it comes to how they treat animals either. In reality, they are just as guilty of horrific behavior towards animals as their secular (or otherwise ) counterparts. They are merely trying to hold onto the vestiges of a religious law that is gasping its final breaths in the face of the all-encompassing, all-seeing megamachine which understands only its own logic of efficiency.

And may God, Yahweh, Allah have mercy on us all…