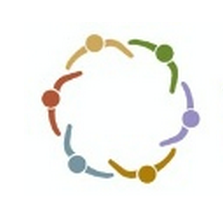 On The Ground in LA and as a Delegate to CVE

On February 17-19, 2015, the Obama White House launched the first ever Countering Violent Extremism Summit to discuss strategies and success stories of community-led programs. Muslim leaders from all around the world came to this summit to learn and adopt strategies, and to also express grievances of our local communities. President Obama’s speech during the summit was historical for Muslims for he openly identified Islam as a religion of peace and recognized that extremist terror groups that claim to be based on the teachings of Islam are in fact not Islamic. This speech was influenced directly from information shared at the summit. This is a huge milestone for Muslims in America to promote continued growth and success within our local communities.

The biggest concern within the Muslim community about the summit is that it focused primarily on Islam and Muslims as if we are the only threat of violent extremism. This is not the case– the administration and law enforcement partners recognize that American Muslims are their biggest strength in countering groups like ISIS and Boko Haram. Then why were we the only community to be invited?

The CVE summit invited three pilot cities as models with frameworks that have been successful in keeping our communities safe while having positive relations with law enforcement. The City of Los Angeles, being the most mature in developing good relations with local and federal law enforcement partners, was invited to share the history and best practices that have made our city a model for partnership—that is, how we have successfully taken the relationship from being treated as suspects to now being treated as partners. The recent media has placed a target on Muslims as radical extremists. So our relationship with law enforcement is also important to counter the backlash of Islamophobia. For this reason, Muslim organizations have been at the forefront of maintaining healthy relationships with law enforcement. This is why we were invited.

The biggest misunderstanding that a lot of organizations have about the CVE summit is that the government wants to impose new programs that are government-led that will continue to view Muslims through a securitized lens. This is not the case for many reasons. There are no new programs. In fact, we as a community want to push surveillance programs out of our mosques and replace them with partnership programs led by the community, not the government.

I spoke on behalf of the City of Los Angeles, as I was a delegate representing our model of success. The framework that was developed and was introduced at The White House was just a formalized document of the programs and initiatives that we and our partners in law enforcement have been practicing for the past several years.

The LA Muslim community has been proactive in prevention efforts through a multitude of relationship-building initiatives, such as seminars, workshops and other outreach events that encourage a healthy partnership with law enforcement. The events do not only fall on CVE, but other issues including domestic violence, identity theft, the safety of Muslims during times of crisis, hate crimes by right wing militia groups, and other discussions that illustrate the willingness of law enforcement to help make our communities resilient. This is simply to strengthen the necessity for Muslims to be seen as partners of law enforcement and not suspects. Continued relationship-building is crucial to the safety of Muslims, and it gives us comfort that law enforcement is here for our needs.

There is a lot of mistrust between the FBI and the Muslim community because of events in the past that have definitely destroyed any healthy relationships that we worked for. The American Muslim community has every right to be reluctant in engaging with them, but it is also important to realize that alienation from the bureau will only exacerbate mistrust and the need for intrusive government programs with potential clash with American civil liberties. We must continue to engage by both building relationships and providing the necessary pressure on these institutions to stop these sort of practices. It has been made clear, by both law enforcement and organizations that are working with as partners, that a line must be drawn between Intelligence gathering and outreach.

The intervention part of the framework is actually an opportunity for mosques to identify individuals who may be on the dangerous path to criminal behavior. We understand the vitality of free speech for Americans, and we do not want to prevent our religious institutions to “shut down political discussions” for the fear of “law enforcement misinterpreting words or intentions.” The idea of intervention is simply for the community to provide resources like mental health experts, religious scholars, youth counselors, and other means to provide an alternative to reporting individuals to law enforcement. Having programs like this will provide the insurance the Muslim community needs in a rare case of a potential threat.

In summary, the rejection of CVE programs by many organizations is based on a lack of understanding of what it really is. The government will continue to promote CVE, regardless of the support from the Muslim community. It is strategic to continue to work actively on engagement and developing a model that provides a safeguard for the rights and safety for American Muslims instead of taking the backseat and letting the government or other Anti-Muslim groups to mold CVE programs that can be detrimental to the security and perception of Muslims in America. 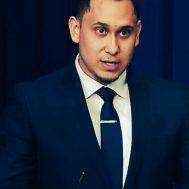 Ali Jakvani is the Chairman of the Young Muslim Leader Advisory Council, a proactive advisory council, works closely with LASD to promote safety, security and awareness in local communities through civic participation, community service, community development, interfaith dialogue and other means to contribute to a harmonious society.