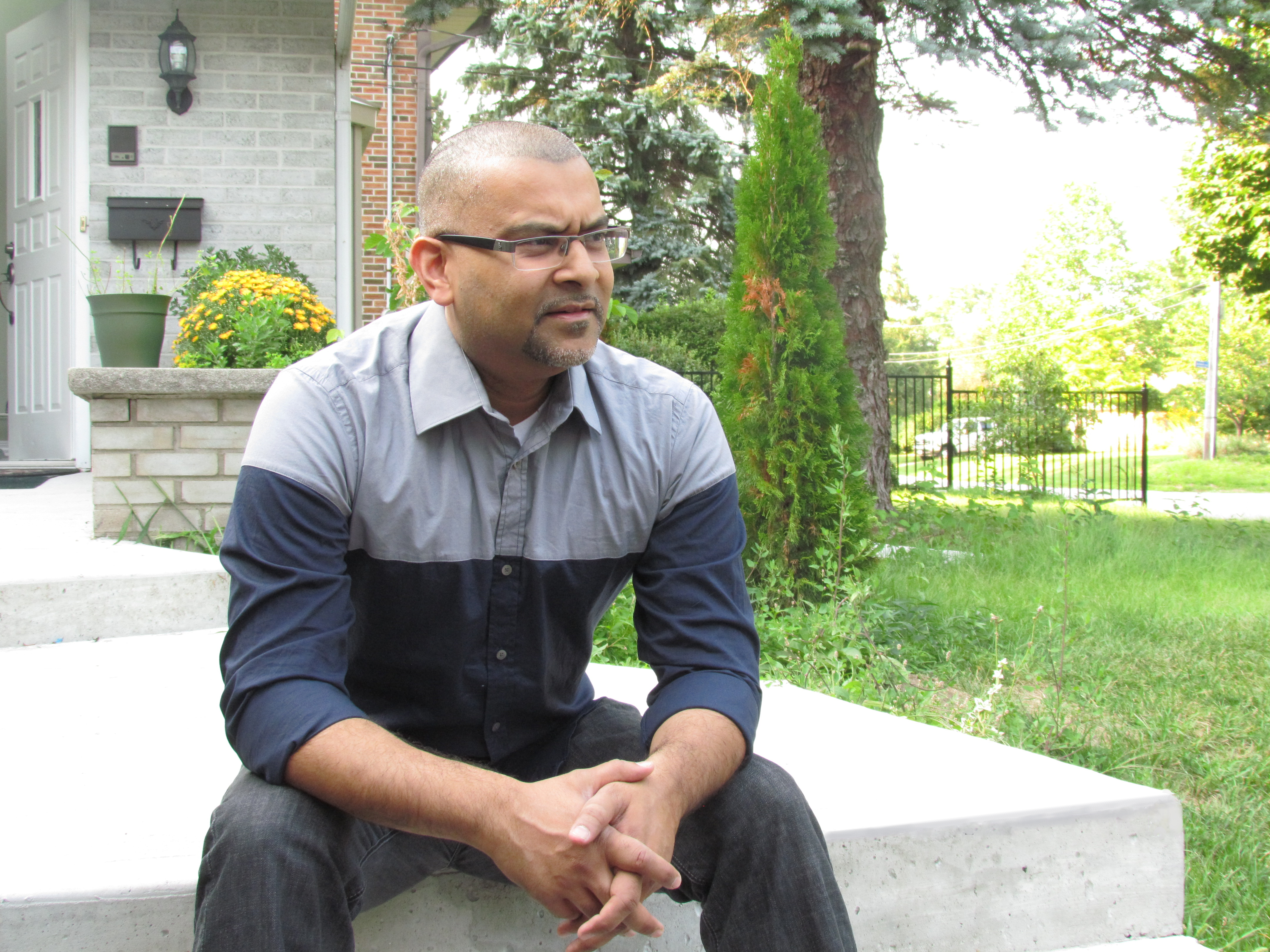 One on One with Faisal Kutty

Faisal Kutty is a divisive character in the ongoing battle between civil liberty advocates and the federal government in Canada. Among political allies — many Muslims and civil rights advocates — Kutty is regarded as one of the few figures in Canada fighting for Muslims targeted by ever-expanding anti-terror programs. Among political enemies, Kutty has been labeled a radical Islamist. 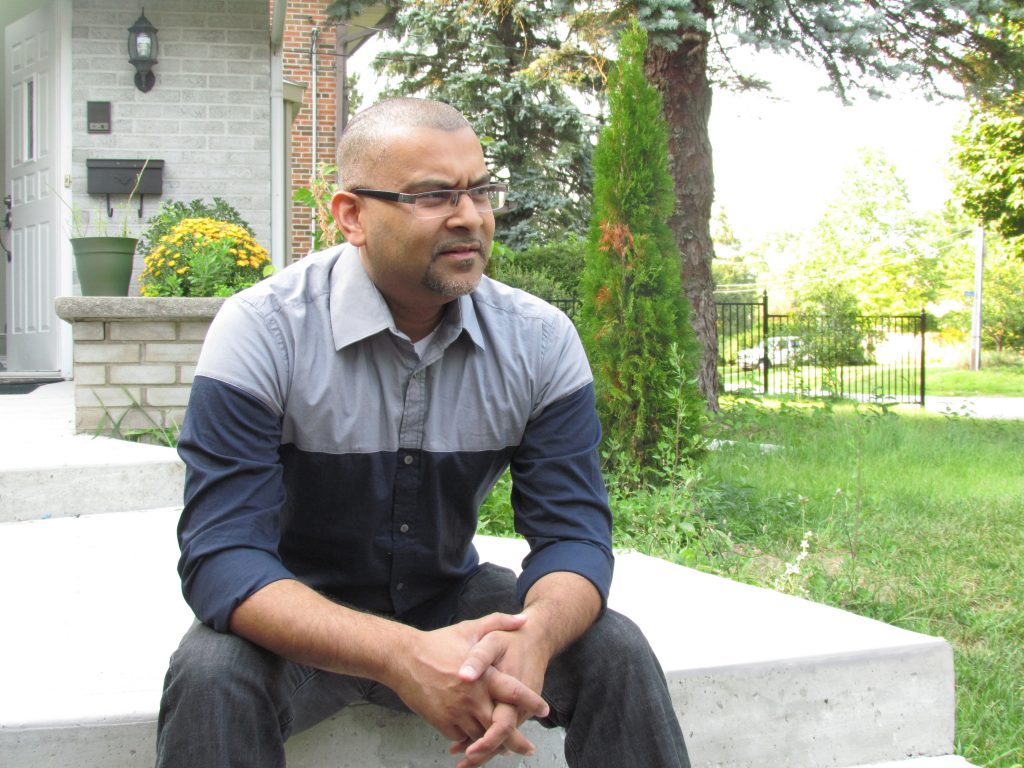 Political perceptions aside, Kutty is an extremely well-accomplished figure. He began his undergraduate career at York University in 1988 with the intention of pursuing business, but quickly became dedicated to pursuing social justice. Spurred by his readings, including the Autobiography of Malcolm X, this passion led him to obtain a law degree from the University of Ottawa, and later a Master of Laws degree from Osgoode Hall at York University. Kutty is an assistant professor at the Valparaiso University Law School.

Kutty began his law career at a firm that primarily focused on real estate, business and family issues. He also did a great deal of pro bono work on Muslim civil liberty issues and started to build a name for himself. After 9/11, Kutty’s case volume skyrocketed and he co-founded Kutty, Syed & Mohamed, a law firm that focuses on human rights and national security issues, among others.

Kutty has been involved with a range of major cases, including the Maher Arar case, Air India Flight 182, the Canadian no-fly list and faith-based arbitration in Ontario. Kutty has won numerous awards, including the Council on American-Islamic Relations’ Civil Rights award in 2012. He has also been named one of the 500 most influential Muslims in the world by the Royal Islamic Strategic Studies Center.

This success has led Kutty to acquire some enemies, including Marc Lebuis, founder of an Islamophobic blog that monitors alleged “Islamist organizations” in Canada. Lebuis wrote a detailed investigation into Kutty, alleging that he has been involved with organizations that have ties to al-Qaida. Earlier this year, Lebuis was invited to offer testimony to the Canadian Senate. Kutty denies Lebuis’ charges and publicly decried the Senate’s choice to hear testimony from Lebuis.

Kutty spoke with The Islamic Monthly to discuss what he’s learned from his illustrious career and offer insight into what Muslims in North America can do to combat what he sees as an increasingly dangerous wave of Islamophobic sentiment.

What’s the main difference between the pre-9/11 cases you dealt with and the ones after?

In the past, I remember dealing with cases, for example, where someone is being prevented from praying. The moment we would get involved and correspond with them, they would back off. “Oh, human rights commission? We made a mistake.” Now, it doesn’t matter because I think the media and certain officials make certain statements and people are more emboldened. And they actually stand up and fight back with you even though they shouldn’t be, because the law says you can’t treat people like that. They do it with much more confidence now, and there’s more of it. People are willing to stand up and deny you rights now.

What’s the political climate like now in Canada with regard to Muslims?

What’s happening is there’s this divide and conquer where they’re going after one, and nobody wants to touch that group. “Oh, you know, we don’t want to be associated with them.” And people come to us and say, “Oh, I don’t want to be involved.” And we say, “Well tomorrow they’re going to come after you. They haven’t done anything wrong. We need to stand up and fight for them, because today it’s their group, and tomorrow it’s going to be your group. And nobody is going to be left to defend you because you weren’t defending them.” Everybody sees that, but nobody is acting on it.

Has it gotten better or worse?

I don’t see any positive trends. Slowly, there’s an erosion of all these rights: The court challenges program is gone, the human rights code was changed, various amendments like the banning of the faith-based arbitration. All of these things are slowly but surely eroding what I think were fundamental rights that people had … [After 9/11, I was in the press a lot.] People called me from the community and they said, “Oh, you know, we’re afraid. Can we take our file? No offense. You’re doing good stuff and everything, but, we’re just a little scared.” They had money sitting with me and they wondered if [the government was] going to freeze the money. I said, “Don’t worry about it, it’s a lawyers trust account.” Now, I can’t even confidently say that!

Have you ever worried about the consequences for the work you do, whether in a professional or legal sense?

I don’t know, because of all this crap that is out there, when people are looking me up, what happens to job prospects. It’s crossed my mind. But I look back and say I have an established track record. People know what I talk about. I’m critical of extremists. I’m critical of government overreach. I think I fall in the middle. So that’s my only defense. But you’re right. All of that stuff there, if someone reads it who doesn’t know me or doesn’t know my work, they may be like, “Whoa, whoa, whoa.” The only fallback I could have is that I’m a lawyer who works in this area, so all of these groups who have been accused are going to come to me. It’s like saying why are all these criminals going to a criminal lawyer? Is he doing something criminal?

Initially when some of that stuff came out, I wondered what the university is going to think. But I think they know me sufficiently, they know my positions, they know what I argue and teach. So I don’t really care. Has this impacted on intelligence? I don’t know.

What are some of the personal challenges you’ve dealt with due to the work you do?

Timewise, I find that I’m way too stretched with things. Timewise and familywise, it takes a serious hit. Thank God my wife is very supportive, and she sees some of the things we work on, so she’s supportive. But if you don’t have a supportive person like that, then I think you’d have serious problems.

One of the reasons I actually joined academia was that I found that it gave me some time to sit back and think about issues and write about issues. I started doing my Ph.D. on national security and it started to open my eyes in terms of what are some of the things we need to work on long term.

What are the differences between the sort of cases you see in the United States and in Canada?

In the U.S., lots of violations happen, but they’re corrected because there are a lot of organizations due to our civil rights tradition here. The [American Civil Liberties Union], the Center for Constitutional Rights, the Brennan Center [for Justice], etc. These groups are well-funded and present challenges to civil rights violations. There’s no real institution in Canada that is going to do this. … There [are] a lot more violations and abuses taking place in Canada that are just kind of shrugged off. The person may come in the media for a little bit, but then that’s it. Their life is destroyed. Simple things like being able to send money to their loved ones overseas and traveling freely. These are fundamental human rights that people have and they’re being violated and there’s no way to challenge it.

What do Muslims need to do to fight back against seemingly increasing Islamophobia?

We need to work with the government, we need to work within the institutions, we need to have [Canadian Security Intelligence Service] agents that are Muslim, and we need to have [Royal Canadian Mounted Police] agents that are Muslim. We need to have people in government. Not to infiltrate, like these people would say that I’m arguing for, but because we’re Canadians and we want to be fully involved. We want to be full participants in society. But at the same time, when they break the law, when they deviate from constitutional rights, when they profile, when they violate human rights principles, then we get to call them out on it too. … Educate yourself about your religion, first of all, and about your community, and then get involved. I don’t want to say every Muslim should go and work in CSIS, because there are many Muslims working there who have no clue about the community, who were never involved in the community, who don’t know anything about their religion, so actually aren’t helping. …

We also need a project to expose the network of people who are funding this [Islamophobia]. In the U.S. they’ve done that, the fear network and all that stuff. In Canada, who’s doing this? In Canada, there are actually people whose full-time job is to create hatred against Muslims. …

I remember speaking at the University of Pennsylvania last year, and two gentlemen from the Middle East Forum, Daniel Pipe’s group, showed up at the event. I didn’t know who they were, but they sat at our speakers table, and they basically started chatting and they whispered, “Hey, I hope you’re going to talk about the sixth pillar of Islam.” So then I looked at him and said, “What do you mean sixth pillar of Islam?” And he said, “You know. You know we know jihad right?”

What’s one of the more serious failures among Muslim communities in combating Islamophobia?

Anytime something happened, people would call me or call my office or call CAIR and say, “You guys need to do something.” As if we have nothing better to do and we’re just sitting there waiting for them to give us an order. And these were very successful people sometimes. They were multimillionaires, they were doctors, they were very successful people.

But yet, when we’re doing our fundraiser, we would go to these same people and they would say, “Oh you know, I have cash-flow problems.” And to me, honestly, this was frustrating. They’d say, “Oh, you know, we’ve dedicated this money to build a mosque.” I’d say, “You know what? This phase of brick-and-mortar projects that the community has gone through? We’ve been obsessed with bricks and mortar.” Just buildings when there are two people there for Fajr prayer.

When the drones first came, people said, “Ah it’s just being used against foreigners and only for surveillance. Yeah OK, no problem.” Then they started getting targets. “Ah it’s OK, they’re not us.” Then, whoa, American citizens. And that started more of a debate. Now the police want to use it here, and the debate is bigger. So when you try to tell people, “Look, you gave this power, you see what ended up happening? Do you really want to do that in all these other areas? Be mindful. Wake up.” 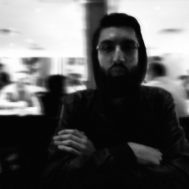