Prophets and Problems on the Silver Screen, from Moses to Muhammad (PBUH)

“Freedom is the freedom to say that two plus two make four. If that is granted, all else follows.”

Iran’s epic biopic film of the Prophet Muhammad by acclaimed director Majid Majidi has ignited objections both in the Muslim and non-Muslim worlds, bringing the free speech debate back to the forefront. While in the Emirates on vacation, I thought I’d take advantage of the country’s business savvy and track down an old childhood favorite — The Ten Commandments (1956) — at the local Virgin Megastore. The friendly shop assistant looked up the movie on the computer since I couldn’t find it on the shelves, and the word “BANNED” flashed on the screen!

I’d heard rumors a few years ago that the Charlton Heston movie had been “shunned” on account of the Arab-Israeli conflict, but I didn’t think they were true. When I was a kid in Kuwait in the 1980s, my family had a small stack of Bible movies along with other historical classics like Spartacus (1960) and Patton (1970). Watching them didn’t dent my faith as a Muslim, nor did they insult my Palestinian-Egyptian identity. Owning The Ten Commandments likely wouldn’t have gotten anyone into trouble back then, even in a conservative Gulf Arab country and during the Arab-Israeli conflict. So why is censorship trending in these countries now? And what does this mean for works like Muhammad: The Messenger of God?

Religion has naught to do with the censorship that is trending in these countries now. Instead identity-politics is at play here, something that becomes all too evident with the Egyptian banning of Exodus: Gods and Kings (2014) in the post-Muslim Brotherhood era. Contrast this with the public embrace of The Passion of the Christ (2004) and the mixed reaction to Noah (2014), neither of which match Muslim religious strictures. Gaber Asfour, the minister of culture at the time and a staunch socialist and secularist, condemned Exodus for making the usual claim that Hebrew slaves had built the pyramids.

His concerns are valid since the film makes a dent in Egyptian national pride. The pyramids are the very symbols of the country’s civilizational accomplishments. Exodus, moreover, is a historical travesty. The pyramids were built in the Old Kingdom, long before ancient Israelites ever came to Egypt. The whole notion that the structures were built by slave labor is a myth perpetuated by the cultural snobbery of ancient Greek historians. Biblical bondage, moreover, is reference to the corvée system — community service is modern parlance. These historical facts still don’t justify banning the movie. The real problem is that since the Arab Spring revolutions, everybody’s on edge in the Arab world and people rally around their identity defensively and see everything and anything in hostile terms, cultural products included. Note that Arabs understand globalization in specifically cultural terms and see it as just another form of cultural imperialism, a problem that has become all the more deeply ingrained since Samuel Huntington popularized his post-Cold War Clash of Civilizations thesis.

The Iranian biopic, for instance, had been under production for seven long years but nobody in the Middle East had even heard about it — let alone the next two installments in the planned trilogy. Instead, many people in the Middle East view this self-professed anti-Islamophobic movie as part of a diabolical Shiite or Magian plot (one and the same thing in the Arab nationalist and Sunni extremist mindset) against Islam, citing the Iranian presence in Syria and Yemen as proof of this grandiose conspiracy. This is retrospective since, again, the movie was under production long before the Arab Spring unleashed the forces of civil war in those two divisive countries, which later drew the Iranians (or Persians) in to fill the geopolitical vacuum, much like the Russians.

Such knee-jerk reactions to films are both contradictory and short-lived. The Matrix Reloaded (2003) was banned in Egypt for a while and under religious pretenses. Reading between the lines of the official statements condemning the film, however, it is evident the problem was political. They didn’t like the “excessive violence” of the film, a reference to the hero going up against secret police figures. It was unbanned shortly after being banned, the opposite of what took place with the Egyptian screening of V for Vendetta (2005). Now everybody, revolutionary or otherwise, has a Guy Fawkes mask similar to the one in the film. How many erstwhile revolutionaries in the Arab world have even heard of the Gunpowder Plot of 1605 or the ritual burning of Guy Fawkes effigies in the U.K.?

The best protection from sectarian symbolism is, paradoxically, to become immersed in the symbolism. Such immersion helps to build up one’s immunity to such propaganda tools, catching onto and decoding hidden messages and is, ultimately, food for thought.

A closer inspection of Exodus reveals that the movie isn’t directed at the Middle Eastern audience. It’s meant for a Western audience and relies on motifs Westerners can recognize, hooking into cleavages and controversies in their own lands. Consider Viceroy Hegep (Ben Mendelsohn), Egypt’s slave-master. He’s the quintessential blue-eyed devil. You notice the uncharacteristic color of his eyes thanks to the blue decorations and wall paint in his not-so-humble abode, serviced by attractive slave girls. The first time you see him in the film, he bemoans that the Jews are multiplying uncontrollably. This is Malthusian economics and in all likelihood a tongue-in-cheek reference to British imperialism in the modern era, as a side-kick to American foreign policy.

Hegep always wants more troops and behaves like a king. Mendelsohn, an Australian actor, speaks with a posh English accent here. (Sounds like a mouthpiece for Tony Blair to me.) Later Hegep becomes Pharaoh’s most trusted aid, taking the place of the honest and loyal Moses, not unlike the sycophants Pharaoh surrounds himself with — the fortunetelling priestess played by Indira Varma (she has Nefertiti’s bony features and lovely skin) and the delightfully eccentric pseudo-scientist Ewen Bremner. These “experts” fail to explain the plagues — blood, frogs, flies, locusts, hail, blight — that afflict Egypt, possibly in reference to the global-warming-or-just-climate-change debate.

As for the character of the Prophet Moses (PBUH), played rather scruffily by Christian Bale, he’s the “assimilated” foreigner who rises to the top when given equal opportunities. Why else would he tell Pharaoh that the Israelites deserve equal rights “as Egyptians”? The Egyptian army is racially integrated and respectful of Moses, while the assassins sent to kill him are a black and white duo. Moses’ sister, played by the half Italian Tara Fitzgerald, “looks” like an ancient Egyptian. (Pharaoh tries to discern her Hebrew origins but can’t, another assimilation hint.)

When diplomacy fails, Moses launches a guerilla war targeting everyone, even the common people, hoping to incite them to rise up against their dictator. This is what happens when people put up with a despot for too long — the sanctions regime against Iraq — or allow their country to occupy another, as with the Israelis and the Palestinian Intifada. Likewise the indiscriminate cruelty of divine punishments is, in part, meant to highlight the cruelty of superpower politics, however good their democratic intentions. Setting the Ten Commandments in stone refers to constitutions, since the leadership of one man can always “falter.”

The same goes for the politics of the gender component of the story, embodied by Moses’ too-young Bedouin wife Zipporah (played by the adorable Maria Valverde). She’s Moses’ salvation and the most spiritually balanced (faith and reason) person in the movie. The marriage scene is meant to emphasize women’s rights and the “voluntary” nature of marriage based on love and mutual respect. It may also be anthropologically accurate, too, given that old, old Arabia used to follow matri-local and matri-lineal principles, much like the Native Americans. The Iroquois Constitution, for instance, reads: “The lineal descent of the people of the Five Nations shall run in the female line. Women shall be considered the progenitors of the Nation. They shall own the land and the soil. Men and women shall follow the status of the mother.” (See also Dr. Samir Al-Saidi’s Origins of the Arab Family and the Forms of Old Arab Marriage, 2000, albeit in Arabic.)

Verdicts in the Sand

So, what do current trends in censorship mean for works like Muhammad: The Messenger of God? Since Exodus: Gods and Kings passes the free speech test — and it doesn’t strike me as morally corrupting or inciting to violence and discrimination — we should judge Muhammad: The Messenger of God the same way. It may lean toward a Shiite interpretation of Islamic history but if it doesn’t break any specific religious injunctions and actually improves our image internationally, we really don’t have much to complain about. Let us not forget that Moustapha Al-Akkad’s thoroughly Sunni The Message (1976) also stirred up quite a lot of controversy for no good reason. It wasn’t sacrilegious in the slightest and its only disservice was how boring it was.

In Arabic, we quote the Prophet Jesus (PBUH) cautioning people against making oaths in the name of God too frequently lest the name of God become all too common and lose its significance. (A Catholic friend tells me this is in the book of Matthew, 5:33-37, and James, 5:12). Consider how many times Egyptians say “I swear by God” this, “I swear by God” that. Such pronouncements devalue the name and word of God on a daily basis — like printing too much of a currency. The lesson here is that if you can restrict good words, wholesome, pro-religious incantations, then you can do the same for “bad” incantations (swear words, graphic imagery, depictions of amoral behavior).

Literary and legal theorist Stanley Fish summed it up best by his famous phrase, There’s No Such Thing as Free Speech… and It’s a Good Thing Too (1994), because the only kind of free speech that is absolute is the kind that’s useless and has no truth value. Free speech is a means to an end, giving people knowledge they need to make informed choices in their lives — a facilitator of truth and objectivity. If too much talk gets in the way of this, then freedom, like everything else, needs to be restrained for its own good. 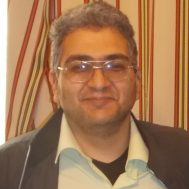 Emad El-Din Aysha received his PhD in International Studies from the University of Sheffield in the UK and taught, from 2001, at the American University in Cairo.