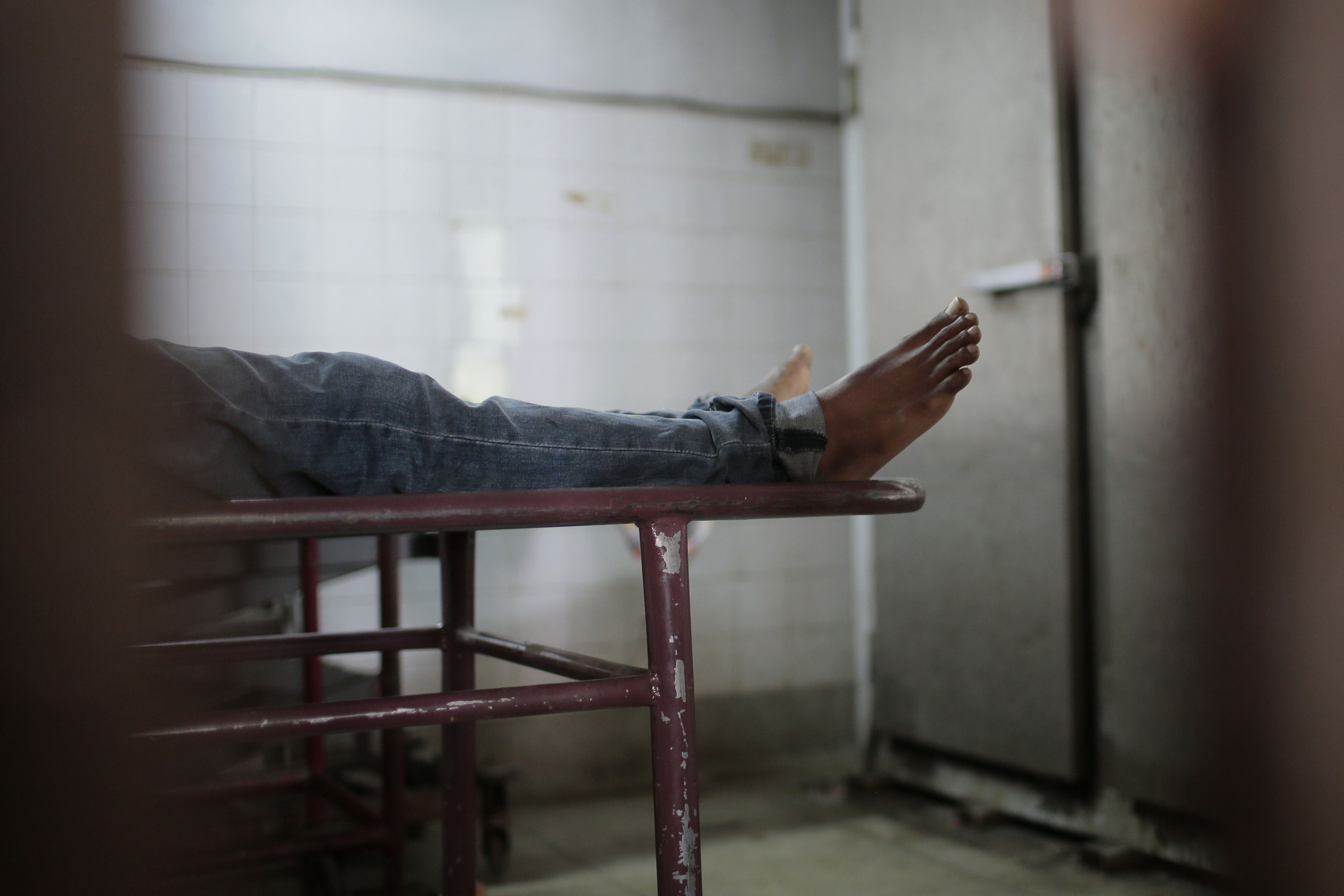 This Monday, March 30, 2015 photo shows the body of the late Bangladeshi blogger Qyasiqur Rahman Babu in a morgue at the Dhaka Medical College in Dhaka, Bangladesh. The blogger, 27, was hacked to death by three men in Bangladesh's capital on Monday, police said. The killing took place a month after a prominent Bangladeshi-American blogger known for speaking out against religious extremism was hacked to death in Dhaka. (AP Photo/A.M. Ahad)

The Threat of a Secular State

Writing for The Electronic Intifada, Professor Joseph Massad argues that liberal and secular Arabs have had a devastating effect on Arab states. Some feminists argue that liberals and secularists have aided imperialists in their execution of the War on Terror bringing death and devastation to hundreds of thousands of people globally. Conservative political leaders in the United States have increasingly sounded the alarm over liberals and secularists impinging the rights of religious peoples. For the past decade, in the view of these writers, it is religion that is under assault and that needs protection. One might think that all religious people are suffering harms. Yet, in the pages of every newspaper, the grim reality is apparent. It has been a struggle to maintain secular public space in many countries ranging from Pakistan, Bangladesh, Malaysia, and even the United States. It is secularism and secularists who are increasingly under assault for speaking out against the rising tide of religious extremism. And collaboration/ambivalence/resistance does not fall neatly into a secular/agnostic/religious ordering.

Recently, I read an editorial written by Tahmima Anam, a Bangladeshi novelist, about the attacks on secular and atheist bloggers in Bangladesh. Three have been killed in the space of 24 months, hacked to death in the street in front of their loved ones, brutally killed by those who disagreed with their writing. What is startling, though hidden in the accounts so far, is the fact that not all the bloggers were prominent. As Anam notes, one was a quiet man who mostly posted on Facebook — an activity in which many of us engage and often quite thoughtlessly. He was searched for and targeted by his killers.

The space between the killers and their victims is the distance of nanoseconds, the time it takes to execute a search. In some senses, their deaths are random and impersonal. But if the technology of targeting the victims is new, the technology of killing them is ancient and intimate.

The frequency with which we hear warnings to “respect” Islam and the news about the violence against secularists has become chilling. The message is clear that religious zealots will resort to murder in the name of their beliefs. Only now are we waking up to the reality that these are no idle threats. 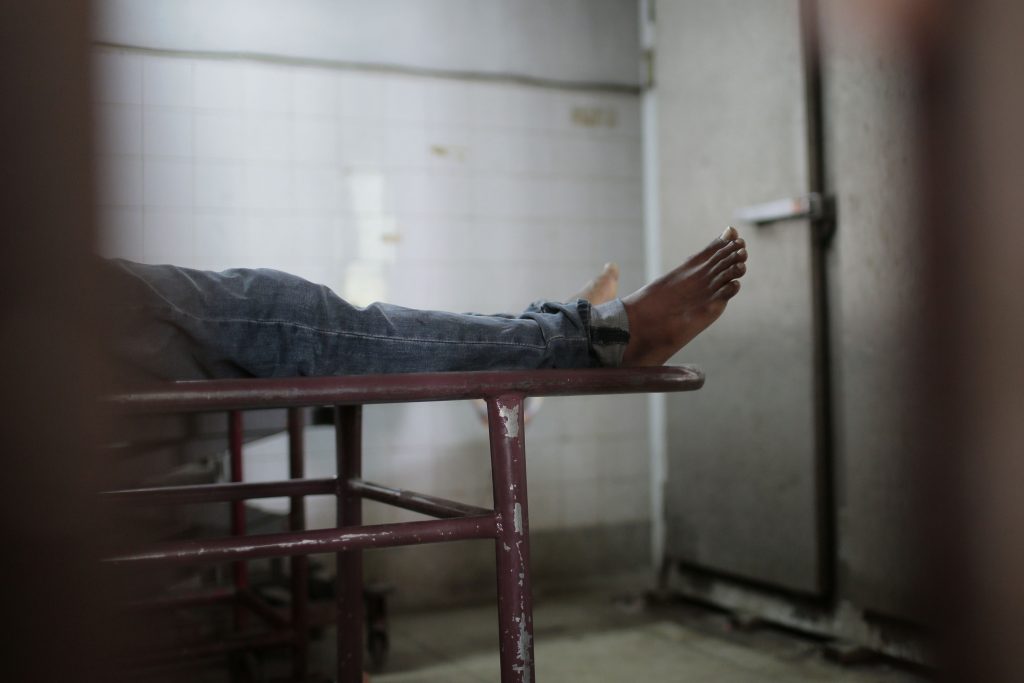 This Monday, March 30, 2015 photo shows the body of the late Bangladeshi blogger Qyasiqur Rahman Babu in a morgue at the Dhaka Medical College in Dhaka, Bangladesh. The blogger, 27, was hacked to death by three men in Bangladesh’s capital on Monday, police said. The killing took place a month after a prominent Bangladeshi-American blogger known for speaking out against religious extremism was hacked to death in Dhaka. (AP Photo/A.M. Ahad)

The ambivalent relationship that many states have with their Islamist factions explains why concerted efforts to find these killers has been slow and little action to prevent the targeting of secularists has been taken. From Egypt to Indonesia, states have tried to keep the lid on the Islamist Pandora’s box half ajar. On the one hand, they have capitulated to demands for blasphemy punishments and hounded critical writers like Taslima Nasreen and Salman Rushdie. On the other, they have killed Islamists, some just young boys, with impunity when it has suited the state, and often in the name of national security. But what about protection in the name of the people? When secularists provided a political whip by which the leading party in Bangladesh could excoriate the opposition, they used secularism to its maximum advantage. They posited themselves as the protectors of the secular public space. However, little has been done to actually protect secularism in Bangladesh.  It appears that most people deplore the murders but understand the rationale for the killings. The question comes up as to why these bloggers were allowed to write against Islam? And time and again, blame falls on the victims.

We forget that it is not so easy to distinguish what constitutes “harm” to religion. And if the state muzzles such speech, how far should they go and where should they draw the line? As it is, many Muslim-majority states are repressive in terms of the amount of free, critical, political speech they will allow. Should we really demand that they use their already extensive power to suppress even more of our freedoms? Many Muslim states have already resorted to using the punitive power of the state to quell the rise of Islamism when those Islamists act against the ruling party. But this does not suffice, and such sporadic engagements do nothing to instill confidence in the law. After all, police power has been used against all opponents, not just Islamists. The protection that is afforded is to the rulers, politicians and the state, not to the people from whom they purportedly derive power and legitimacy.

In Bangladesh, a majority of the Islamists now banding together in groups with Arabic names like Hefazet-e-Islam, Harkat-ul Jihad al-Islami Bangladesh (said to have been founded by Osama bin Laden), and Jamaat-ul Mujahideen Bangladesh, are from the poorer, rural classes. Educated in privately-run madrassas and taught a conservative and pinched form of Islam, they are possessed of little that prepares them for modern life. Rapid urbanization, changes in gender dynamics, increasing neoliberalization with its attendant wealth disparities create the conditions in which youth turn to ideological groups that provide them with structure and meaning and a sense of power. With few other prospects and in a society willing to leave them behind, they are ignored by an ineffectual political establishment whose only interest is retaining control over the government. Moreover, with Bangladesh’s globally-recognized focus on women’s advancement, little attention has been paid to young men who are increasingly vulnerable to radicalism. And when radicalized, these men come after all that symbolizes their disenfranchisement: women in the public, secular thinkers,  and religious heretics. But it has often also been the case that the extremists have been from middle-class backgrounds, educated, and not particularly deprived of opportunity. In a place like Bangladesh where they belong to a majority and are not faced with racial marginalization, what explains their behavior? Interventions to prevent radicalism among the poor seem obvious. But for this latter group, a criminal justice response that sends the message that they cannot act with impunity to destabilize society is imperative.

Whereas secularists, feminists, and religious dissidents are engaged in dialogue and intellectual struggle, the right-wing Islamists are willing to use violence in ever increasingly brutal ways. You can’t bring an argument to a machete fight. Feminists, secularists, and others who do not wish to live in the fevered dream of an “Islamic state”  are threatened with violence and they are being killed in spectacular fashion.In this context, blaming liberals for demanding action against Islamists is entirely illogical. Asking for justice and protection cannot be conflated with collaborating with a global War on Terror and imperialism just because interests converge. Such easy equivalences make it impossible to work for improvement in the country except via an Islamist politics. And that makes no sense  to the vast majority of us who practice Islam in differing ways but have no wish to see it used as an ideology. That may be a very liberal standpoint but it is better than the forced adherence to a sort of religious formalism and zealotry that partakes of the worst in our religious histories.

Such forced adherence was evident in a recent incident reported in the news. Folk-singer, Anushe Anadil and her arts group Jatra were forced to leave the Sunderbans by a group of Islamist clerics. They were told that either they don burkas or they leave. According the newspaper reports, the clerics were unhappy about the women in the village meeting with the organization. After paying what amounts to a ransom, and with the help of village women, Anadil and her colleagues were allowed to leave the village in the early morning hours of April 4th, 2015 after a harrowing night.

According to the Dhaka Tribune:

“For three weeks, the clerics of Joymoni have been unhappy with the women of the village coming out of their homes and dreaming about earning a living,” she said.

Threats culminated when the four Jatra staff members were encircled by around 300 men at the local marketplace on Wednesday evening.

While many work for the betterment of all people in the country, the reality is that there are people committed to stopping that work in the name of religion. In order to continue, those of us committed to gender justice must insist on expansive, capacious visions of human flourishing in which one’s gender does not determine one’s opportunities. If women don the burka, it should be because they choose it. And to preserve meaningful choice, people may have ask for protection and, when necessary, punishment by the state against those who would restrict that right through violence and intimidation. And when the state fails to ensure safety, the people must hold it accountable as well.

Most feminists are not in support of indiscriminate carpet bombing via drones, nor imagine that every rural male is an Islamist zealot. But zealots do exist. They are intimidating and killing their own. Demanding that they be stopped should not be mistaken as an invitation to external powers to come and occupy their lands and enslave people to fulfill its own economic and political agenda.  Imperial feminism exists. Comprador elites exist. But in this struggle, these labels hide more than they reveal. Spurious charges make working in solidarity for a stable future more difficult than it already is. We need to get our priorities straight on this. 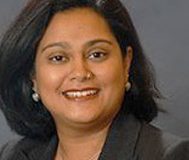