US Election Perspective Series: Bernie Sanders Should Force a Fight at the Convention

Editor’s note: Send us your opinion and it might get published in this ongoing series! Editor [at] theislamicmonthly [dot] com

Bernie Sanders Should Force a Fight at the Convention

While growing up in Brooklyn during the tumultuous 60s and 70s, the dinner table in my household was often a scene of raucous debate. My father would chide us with the mantra “jump in the pit and match the wit,” which forced my brothers and sister to learn both sides of the question. The outcome was never final and always in play, and it was this process rather than any result that stuck with us. I am confident, therefore, that Bernie Sanders’ resolve to force a floor fight in Philadelphia is not only good for branding the Democratic Party, but essential for developing an egalitarian participatory discourse that will enable America to truly become great. 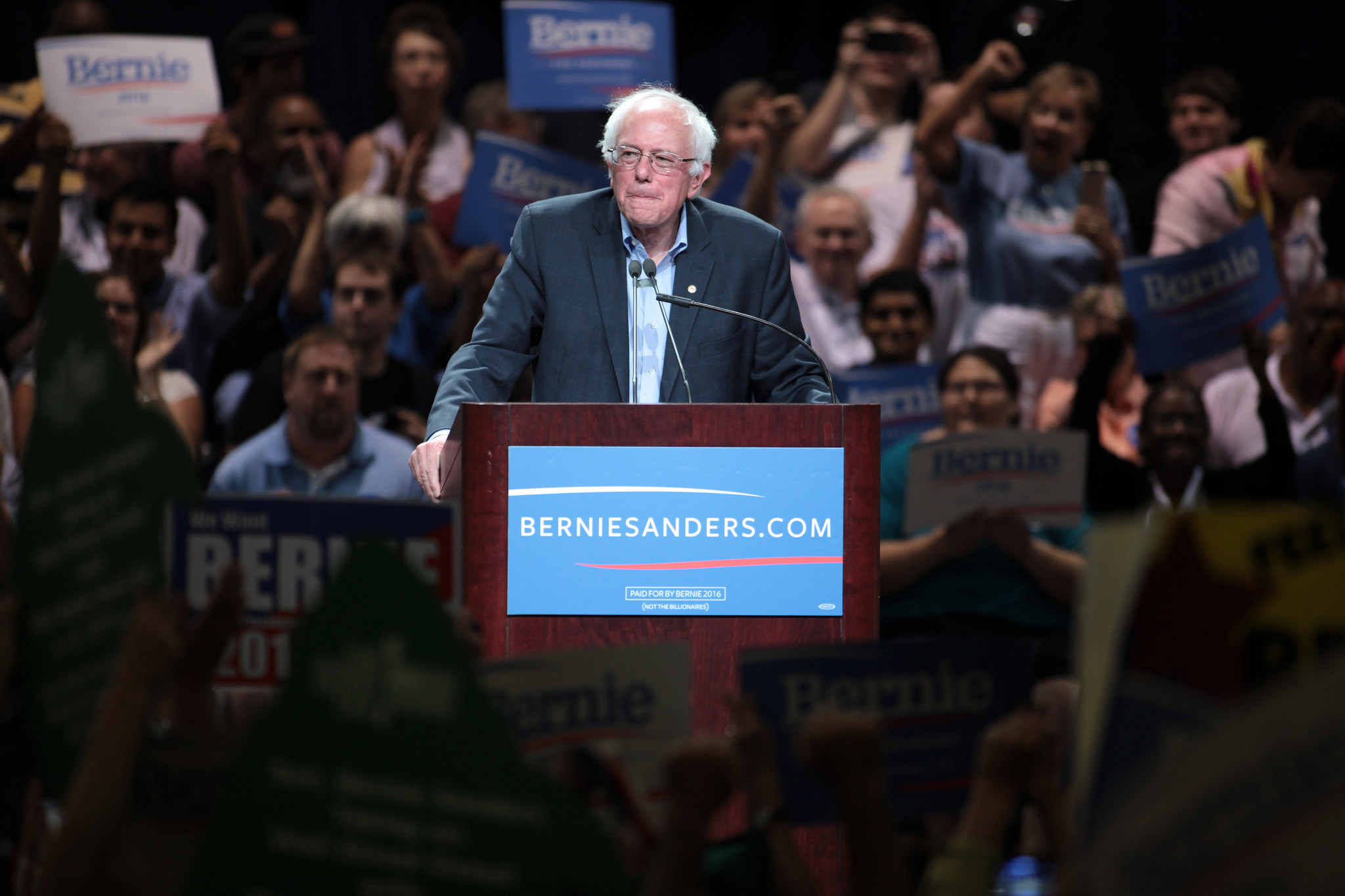 As a preliminary matter, we need only consider the dire consequences of the voices absent from the 1787 Constitutional Convention in Philadelphia. Although Benjamin Franklin incorporated elements of the Iroquois listening conferences into that forum, there were no indigenous peoples present to argue for their rights. Neither were black people present to contest being owned as three fifths human, nor women to demand their right to vote. Had these stakeholders participated in a contested floor flight, America’s ugly legacy of genocide, slavery and sexism might very well have been aborted.

It seems to me, then, that Philadelphia affords an opportunity to pierce the myth of originalism and revisit the values of an American greatness available thus far to only a select few. Notably, Supreme Court Justice Thurgood Marshall saw the Constitution as fundamentally flawed until the Fourteenth Amendment’s Equal Protection Clause gave America the potential to empower its citizens.

A contested convention will also dramatically distinguish the Democratic Party from the obstructionism, incoherence and utter lack of diverse perspectives that have become the trademark of Republican candidates. Bernie supporters such as the renowned civil rights activist, Cornel West, the president of the Arab American Institute, James Zogby, and the first Muslim Representative to be elected to Congress, Keith Ellison, all promise a passionate defense of the masses who have suffered all too long from a parasitic capitalism that feeds from the trough of human misery. Sure, a contested convention will be bruising and uncertain, but what better way to approach policy making than through evidence backed debate in the free market of ideas?

What’s more, a vigorous platform fight for the second coming of the Declaration of Independence ideals models how we need to go forward as a nation. Here, Jacque Derrida’s notion of a messianic opening stipulates that uncertainty, and a result that can never be anticipated, constitutes the essence of the democratic promise, not its bane. And Nietzsche’s insight that there are no facts, only interpretations, render all immutable propositions tentative and testable depending on one’s perspective. Thus, Bernie’s testiness will have served America well if he can channel the energy of change and inclusion into a mission statement for social and economic justice.

It bears mention that my sister and I had a lively debate on the merits of Hillary Clinton and Sanders in the days leading up to the New York primary. In homage to our dinner debates we agreed to disagree, but we still talk without trying to beat each other over the head.

So, Clinton and Sanders, on to Philadelphia and jump in the pit, for whatever the outcome the American people will win.

Kevin James worked as New York City firefighter and supervising fire marshal from 1981 to 2002. He collaborated with elected officials and NGOs in passing the first ‘fire-safe’ cigarette legislation in the United States. He was accepted into the Revson Fellows program at Columbia University after retiring from the Fire Department in 2002, and was one of several American Muslims profiled in the 2002 PBS documentary Muhammad, Legacy of a Prophet. He was accepted into Columbia Law School in 2004, during which he interned with the Center for Constitutional Rights as an Ella Baker Fellow where he assisted in finding legal counsel for Guantanamo detainees. Mr. James graduated from Columbia as a Stone Scholar in 2007, and attended the 2011 White House Iftar Dinner hosted by President Barack Obama during Ramadan. His reflections on 9/11, Islam Beyond the Quran, were featured in the inaugural edition of the The Halcyon Reader in December 2015 athttp://www.halcyonreader.com/featured-articles.html