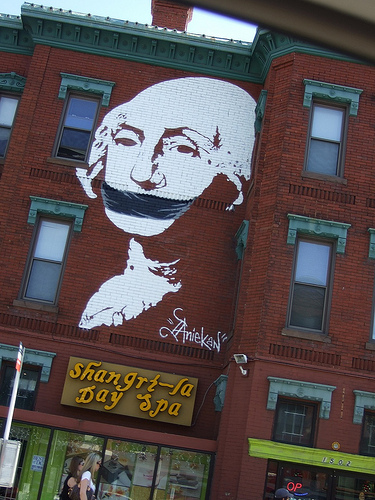 Welfare, the R-Word, & the Future of Political Discourse

The discourse on balancing economic welfare and growth in the United States needs to evolve beyond its focal point on whether big government is the solution or the problem. Simply put, it’s a solution, but we obviously need more than that. It’s in the best interest of all Americans that both Republicans and Democrats engage their constituents and each other with more nuanced debate on the matter; welfare and democracy are at stake. Let’s begin:

Few things rile up the political passions more than money, and understandably so. Gallup tracks “economic problems” as the most important issue for about half of Americans or more since the 2008 financial crisis. One of the swiftest coalescences of recent bipartisan unity (in expressing “outrage”) came about when AIG, which had just been bailed out with $85 billion dollars of the tax payer money, announced $165 million dollars of executive bonuses. 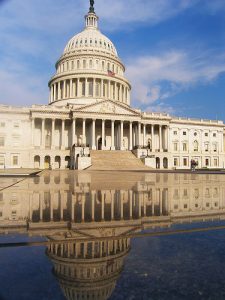 Yet, as money unites, it also divides. Sometimes, a citizen’s position on tax law may even be sufficient to sort her into the Democratic or the Republican camp, despite the myriad of other issues on may attach herself to. One’s stance of issues such as health care may also proceed from the very same underlying philosophy of justice behind her economics, possibly summed up with one concept…fair redistribution. Bluntly explained, redistribution means the short-run process of making some of the better off lose now via taxes or other policy in order for those with worse off to win via goods and services, although analysts may hope that in the long-run an economically better-off middle class will also further enrich those in the higher rungs. The frank may admit that even if that doesn’t happen, as sacrifice-free infinite growth forever everywhere is probably impossible, it’s still fairer.

A recent New York Times article tracks the political spikiness of the word, especially with regard to health care reform. Apparently, Democrats have avoided it in order to deprive Republicans of rhetoric ammo to bash the Affordable Care Act. Indeed, a related April 2013 Gallup poll shows that 72% of Republicans are against heavier taxes on the rich as a means of redistributing wealth, whereas 75% of Democrats are for it. In all, 52% of Americans are for the redistribution of wealth, whereas 45% are against.

Of course, it would be myopic to caricaturize all schemes in which the well-off are higher taxed as redistributive – the greatest spikes of taxes on the rich have been doing the two World Wars for quite pragmatic reasons – the government 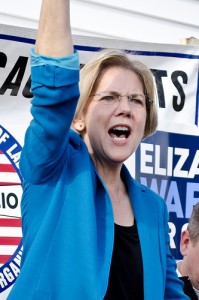 needed money from those who could spare it in order to fund an expensive war effort. Nevertheless, current debates focus on the tensions between big and small government, then, spending on entitlements or infrastructure, rendering the debate on redistribution particularly salient. Here, Senator Elizabeth Warren simplifies her premises for redistribution,

“You didn’t have to worry that marauding bands would come and seize everything at your factory, and hire someone to protect against this, because of the work the rest of us did. Now look, you built a factory and it turned into something terrific, or a great idea—God bless. Keep a big hunk of it. But part of the underlying social contract is you take a hunk of that and pay forward for the next kid who comes along.”

Even some of the Democrats’ well-wishers somewhat hyperbolically call this “economic populism” and claim that even the money raised by increasing taxes on the few hundred thousands of rich folks will do little to curb the tremendous and unsustainable spending on entitlements such as Social Security, Medicaid, and Medicare – instead of focusing on redistribution, Democrats should focus on growth and the investment frontier. This is not unwise advice, however, it does throw the conviction that the less well-off should have a safety net somewhat under the bus without really addressing it, and is therefore incomplete.

Let’s take a look at the various puzzles implied in the article so far, and some answers: 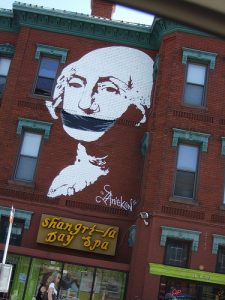 Now let’s look at some problems with the underlying assumptions.

Regardless of one’s party affiliation, we all agree that we must cut the deficit, take on American welfare needs, and invest into the future – all at the same time, the best we can. We also know this is an aspirational statement – as mortal, flawed humans, we’re never going to actually get there, but try we must. To do this, we first need smarter modes of debate. Then, we need to triage – investment in high quality education in particular is the keystone issue, a necessary area that if we neglect now the future of both our welfare and democracy may endangered. Then, we need to be real: government’s a solution – it’s not the problem nor the solution: myopic-sloganeers step aside please, thank you. Then, let’s be partisan, but with style. Rival parties with open debate are good for democracy, deadlock and radicalism are not. It is in the Democrat’s interests to have a strong, smartly conservative, sane Republican Party – how can Democrats first get their own house in order, and then, help build their rival sibling up into a healthier party? Republicans look like they’re in trouble. Finally, we need to think  both ideally and realistically: what is the best option that is both politically and socially possible? What sacrifices will we have to make to get there, how can we make them, and is it going to be worth it?

Saad Ansari studies the rule of law as a means of improving human security and development as an MA candidate at Yale’s Jackson Institute, where he also serves as the executive director of the Yale Journal of International Affairs and teaching fellow.