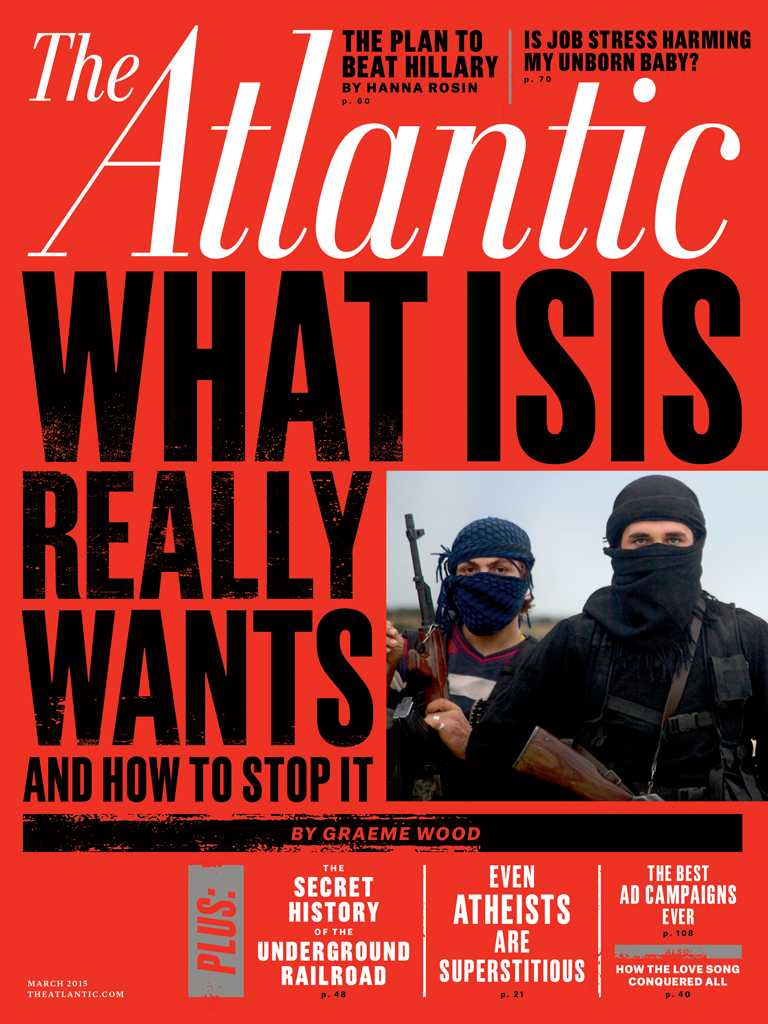 Why America Needs ISIS to be Islamic

Lurking in the background of Graeme Wood’s recent essay in the Atlantic titled “What ISIS Really Wants” is America’s conscience, ever searching for a perspective the boils down complicated sets of issues into a story about good vs. evil. If anything, Wood’s essay takes us full circle back to days of George W. Bush’s “either you’re with us or you’re against us.” At the risk of oversimplification, Wood argues that Islamic theology plays an important role in explaining what ISIS is and what it wants. The argument resonated with audiences around the country, liberal and conservative alike, becoming one of the most widely discussed pieces in that magazine’s recent history. The ramifications of the argument are pretty straightforward. ISIS is evil. ISIS is rooted in an interpretation of Islam. As a result, Islam is evil and thus its evil-ness is responsible for the disastrous series of events unfolding in what used to be Iraq.

The flip side is of course that America is good. America’s belief in its own righteousness was never more fervently on display then when Americans turned out in droves to make American Sniper one of the biggest box-offices successes of late for a movie not about a super hero wearing a costume. In this case, the super-hero was an American dressed as a regular soldier, and the bad guys were nameless, faceless brown men bent of the destruction of America. Even though they live half-way across the world, had nothing to do with 9/11 and were on the side of the invaded country, not the invader. From Wood’s essay we can only assume that the actual roots of ISIS, the Iraq war and the countless series of violent interventions by foreign powers in the region since the end of the colonial era, need not be examined. These facts are details, far too complex to weave into a larger narrative about America’s role in the battle of good vs. evil.

“What ISIS Really Wants” is the companion essay to American Sniper, a high-brow, intellectual justification for why killing Muslims and Arabs is not only good policy, but entirely justifiable given the nature of the threat. We must attack them because they are evil, you see their religion tells them to do things like behead people, or enslave innocent women and children. It revels in the baseless fear that ISIS could somehow come to America and take over the country with the aid of your Muslim American neighbors, who are all in effect some sort of sleeper cell because deep down inside their souls they all know at some level ISIS is Islam.

Of course Graeme Wood is not arguing any of this in his essay. He is making an assertion that if ISIS is motivated by Islam as they themselves claim, then any policy aimed at eliminating ISIS should consider their interpretation of Islam in order to be effective. It is a reasonable argument, and were there not a larger narrative at play in America on this issue it may not be so problematic. But the essay is firmly caught up within the zeitgeist of anti-Islamic sentiment masquerading as public discussion on foreign policy. Whatever kernels of wisdom have largely given way to justifying America’s animosity towards all things Muslim. In other words, while Wood likely had no intention of writing an essay that demonizes Islam and dehumanizes Muslims that is the actual result.

ISIS, of course, is not Islamic. There is no need to walk through the reasons why that is the case. First, because others have already done it. But second because it actually does not matter. No one cares whether the actions of ISIS can actually be derived from Islam. The reason Wood’s essay resonates is not because it is correct, but because it affirms the righteousness of American empire. It provides the moral rationale for dehumanizing the enemy. It gives America peace of mind, knowing whatever happens over there with those crazy savages may be horrible, but there is nothing America can do about it other than kill as many of them as possible because in the end it is all their fault.