Why Scientists Need a Social Conscience 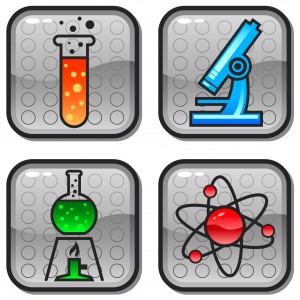 An event for Lesbian, Gay, Bisexual, Transgender, and Queer (LGBTQ) youth and scientists in the Mütter Museum’s Community Education Room in Philadelphia turned into a group discussion about being queer in a conservative STEM (science, technology, engineering, and math) environment.  The youth in the room listened with rapt attention to the adults’ stories. One gay man described being avoided by a closeted colleague, and feeling generally “pushed aside” by management at his technical research job. Tammyrae, a trans engineer, described losing multiple jobs because of her gender identity, and eventually finding stability thanks to her technical prowess and resilience.

This was the first event hosted by Out4STEM, a program I coordinate that aims to connect LGBTQ youth and allies to mentors in STEM fields and provide them with academic support. In working to make our space safer and avail youth to STEM resources, I have had to consider more deeply how all minorities relate to STEM fields, and how scientists can be mobilized to support those most in need. Whom does scientific work benefit? Who participates in scientific knowledge production, and whom does that knowledge reflect? Discourse on diversity in scientific fields addresses these questions and can help us imagine better ways to engage with science.

Quincy Greene works as a phlebotomist and a community organizer with the Educational Justice Coalition (EJC) who has been an advocate for minority youth for over a decade. Greene has struggled in the STEM world but has found ways to reclaim and reshape it. The etiquette of the research world left Greene feeling compelled to leave his identity as a gay black man at the door in order to be taken seriously when working in biostatistics at the University of Pennsylvania. A well-respected mentor in the field encouraged his work with LGBTQ youth of color after Greene came out near the end of his time in that position. This mentorship made all the difference in his own career trajectory.

“I really lucked out getting a mentor like him who actually made me feel like I was smart. If someone like that believes in you, you think you must be smart too,” said Greene.

Later, Greene discovered that the key to getting minority youth interested in STEM was by framing it within a narrative relevant to their communities. With that in mind, he created a project for a group of his mentees that would encourage them to tackle issues in their own community using statistics. They collected data on the social determinants of health within Philadelphia’s ballroom community (a cornerstone of the queer Black and Latino community), learned data processing techniques, and analyzed the data with help from biostatisticians. Greene helped them turn their community into a research lab.

“Kids can solve problems in their own communities using these resources. Why is there shade? Why HIV? Why a lack of success? Well, go do some research and figure it out. That’s what EJC is about, and I hope that’s what Out4STEM will be about,” said Greene. It’s not just about your career, it’s about your community.”

Greene’s methods can serve as a model for empowering communities on a small scale. However, in EJC and Out4STEM he sees potential for a “pipeline” for equipping young minorities with specific skill sets  that will help feed them into stable positions in the STEM field. Job security serves an important aspect of the resources we want to provide. For young Philadelphians who don’t necessarily have the opportunity to spend four years on a traditional undergraduate degree, a technical  certification can offer material stability and a window onto a world of possibilities they may not have considered realistic. However, such an effort warrants a conversation about the STEM field itself. What awaits students at the other end of the pipeline? The answer involves a consideration not only of minority experiences in STEM, but also of scientific knowledge production itself.

The Broader Landscape of Marginalization in STEM Fields

One queer medical student in Philadelphia faced struggles similar to Greene’s while working in a lab run by a religious fundamentalist researcher. When it came to medical training in a clinic, a notion of neutral “professionalism” took precedence over concerns about diversity and inclusion: “People want spaces to be as safe as possible, but the extent of their depth is that they should be nice to everyone, considerate to students and patients. It’s not a homophobic space, but it’s a really professional space,” said the student. Still, the student feels most comfortable working in a clinic for homeless youth that is explicitly a queer and trans-friendly safe space.

Tension clearly exists between identity politics and professionalism in the science world. Homophobia, racism, and sexism are institutional phenomena by definition. We cannot overcome their pervasiveness just by being “nice to everyone” in our workplaces. These global systems of discrimination interact with the scientific world in a way that transcends personal interactions between people who happen to work in science. The biases on which our society is built affect how science itself is implemented. They determine which questions we find worth pursuing.

Janani Balasubramanian, a queer South Asian artist/organizer based in New York, has a unique perspective on this issue. Studying both climate engineering and Queer Studies at Stanford, they learned how social the position of scientists affect how they do their work (Janani’s preferred gender pronouns are “they/them”). Balasubramanian felt particularly frustrated by the lack of consideration by climate engineers for indigenous people living in sinking island nations, who are the most severely affected by climate change.

“How can we not consider who’s living on the land, who’s working it, and what environmental knowledges they are using and have access to when developing risk assessments or decision support systems?” Balasubramanian asked.

Dr. Avery Posey, Jr., a gay black cancer researcher at the University of Pennsylvania, said that while he was in graduate school at the University of Chicago, a graduate administrator applied racist standards for recruiting graduate applicants. Based on one negative experience, she planned to “scrutinize” applicants from a particular historically black college. While Dr. Posey hadn’t experienced anything this flagrant in his professional research career, he drew my attention to current issues with the involvement of minorities in research.

One notable issue concerns Benlysta, the first new treatment for lupus approved by the FDA in over 50 years. Lupus causes chronic inflammation and has its highest incidence among African Americans. Benlysta, however, is not approved for use by African Americans, because the clinical trials did not include enough African Americans in its sample. Human Genome Sciences and GlaxoSmithKline have committed to doing another study to assess this effect, but the reason that African Americans were underrepresented in the study in the first place remains unexplained, and it is unclear what efforts are being made to target this population. The lab in charge of the research did not respond to my inquiry.

Dr. Carlos D. Bustamante works as a human geneticist, and has made waves in advocating for more minority representation in genome-wide association studies.  Since otherwise inconsequential variety in DNA sequence can account for risk or non-risk for certain diseases, genomic databases must be representative of human diversity, particularly as genomic research comes to play an increasingly significant role in medical research. As of 2009, 90% of genomic studies looked only at people of European descent. If scientists do not begin to make the inclusiveness of their clinical trials a greater priority, then the Benlysta story will surely repeat itself.

It is no coincidence that the field which has prioritized the study of European-descended people is itself dominated by white scientists, and it clearly demonstrates the losses incurred by scientific institutions that are not in the habit of prioritizing the concerns of the most historically marginalized and oppressed. With respect to LGBTQ issues, the story becomes less clear cut, but we should still consider how this marginalized experience comes into play in STEM. Dr. Jeremy Yoder is currently processing the data for Queer in STEM, a survey of the experiences of queer people in STEM fields.

“The more I’ve thought about this subject, the more I’m inclined to think that the key issue with LGBTQ folks in the scientific workforce is not under-representation (as it is with racial or ethnic minorities) but visibility—making it evident that we’re already here, and thinking about how STEM workplaces can take that into account,” said Dr. Yoder.

More visibility of queer people and their perspectives could enrich our scientific understanding of gender and sexuality. Gender is a particularly prominent category for biological inquiry, whose consideration as a variable is sometimes unrefined. More conversations about these issues, particularly in fields like cognitive science where the social can get muddled with the biological, could help bring a more nuanced understanding of gender and sexuality to the mainstream. Balasubramanian spoke to a more general need for science to take on the concerns of marginalized groups.

“With more engagement of marginalized communities, the fundamental basis of asking questions would be rooted in how to minimize suffering,” Balasubramanian said.

The scientific process has a tendency to atomize and decontextualize social problems. There is a place for this kind of work, of course, but scientific work that embraces marginalized communities as the jumping-off point for asking questions will be the most helpful in resisting systematic tendencies toward dehumanizing marginalization. This work starts with mentorship of young people and community engagement. But a meaningful challenge to business as usual in STEM will require scientists to take a more active role in challenging the discriminatory tendencies of the institutions they inhabit. 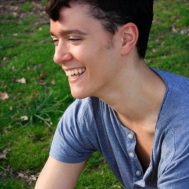 Karim Sariahmed is the Youth Programs Coordinator at the College of Physicians of Philadelphia and Mütter Museum.