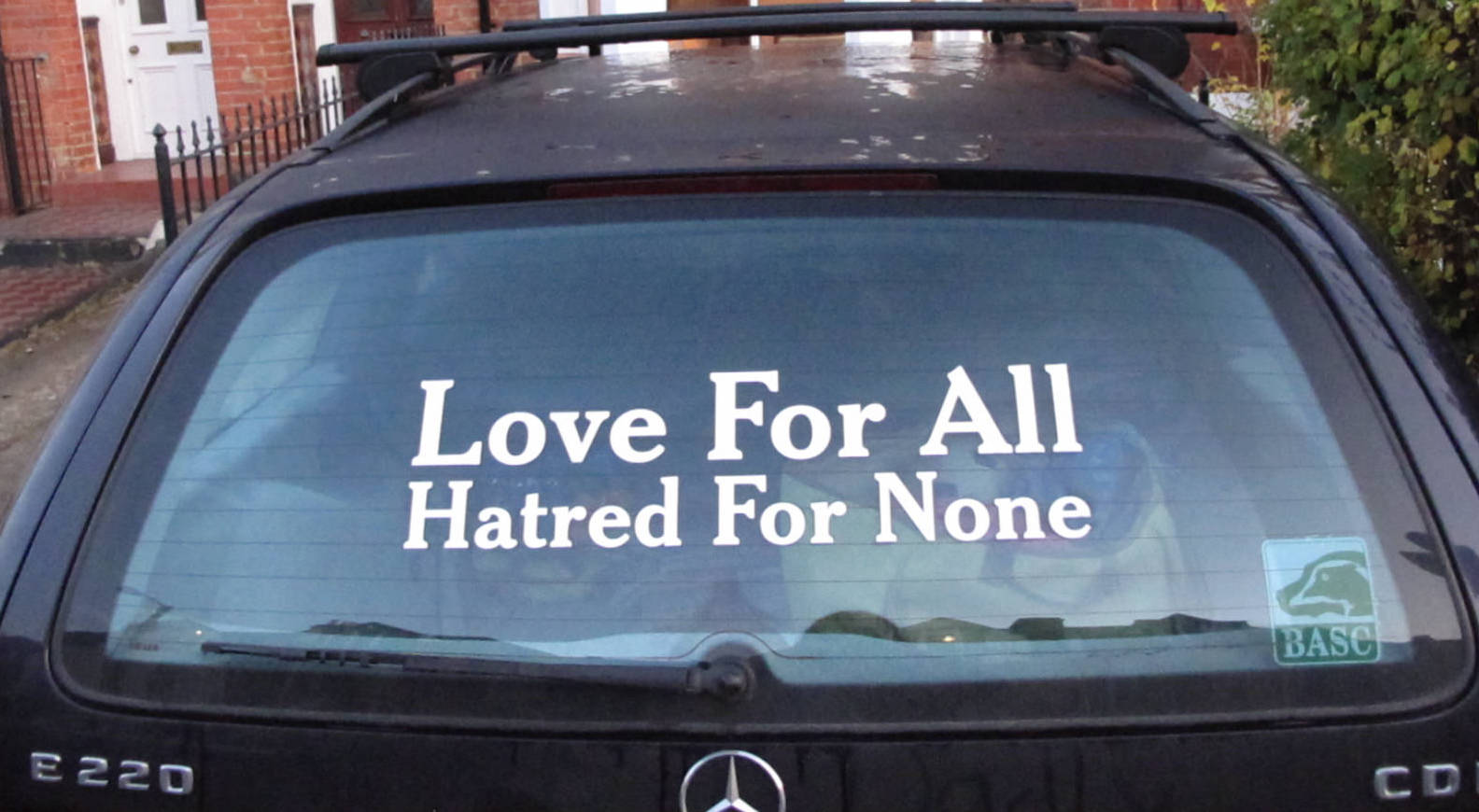 On July 8, 2016, prominent American Muslim cleric Imam Omar Suleiman gave a brilliant speech at the Dallas Police memorial: “We ask that the voices of racism and xenophobia that seek to divide us are drowned out by the chorus of voices that say, ‘You will not pit us against one another.’ ” In a separate interview, he said, “My faith requires me to speak out against hatred and injustice of all sorts.”

In recent times, Muslims in America have been at the receiving end of much hate and bigotry. As such, it is significant that the Muslim community is represented at such national events.

The average American might perceive American Muslims as a homogeneous group, but it is a diverse and fast-growing community comprised of individuals from various sects, ethnicities, races and nationalities. American Muslims do share immense similarities and face common challenges, including the recent rise in Islamophobia, however, just as in Christianity, most followers of Islam identify with specific denominations that have some distinctive interpretations of scripture.

I, for instance, am a Pakistani American belonging to the Ahmadiyya Muslim Community, one of America’s oldest Muslim organizations. Nearly a decade ago, I immigrated to the United States in search of security.

Ahmadi Muslims face brutal persecution in Pakistan at the hands of the state and clergy. Many Sunni Muslim clerics regularly call for the banishment, boycott, continued oppression and even killing of Ahmadis. Anti-Ahmadi hate conferences are commonplace and are considered an important part of the Sunni tradition in Pakistan. These conferences are led by prominent Sunni clerics from across the country, with the Shia clergy also abetting the hatred time and again.

Instead of protecting Ahmadi Muslims, the state endorses this bigotry. In an attempt to appease the far right, the government declared Ahmadi Muslims a “non-Muslim minority” through the Second Amendment to its Constitution in 1974. Ten years later in 1984, a presidential ordinance criminalized their profession of Islam. Hundreds of Ahmadi Muslims have since been jailed for saying the Kalima (profession of faith), reading the Quran, saying salam (greeting), giving adhan (call to prayer), referring to their place of worship as a “mosque” and themselves as “Muslim,” etc. And now clerics are demanding Ahmadi Muslims be thrown in jail for reciting the Durood (a prayer for the Prophet) as well. Consider this: I can be jailed for three years under Pakistani law for merely referring to the Ahmadis as Muslims in this article.

Imagine that Donald Trump’s anti-Muslim bigotry materializes, and the state honors this Islamophobia by making it part of the country’s law and Constitution. Imagine Christianity being represented by the likes of Newt Gingrich and Terry Jones. This is the cruelty Ahmadi Muslims are subjected to in Pakistan at the hands of clergy. Most other Sunni-majority countries also restrict the religious freedom of Ahmadi Muslims. This systemic hatred has been transported around the globe as well, with anti-Ahmadi hate conferences commonplace in some Sunni communities in the West.

Understandably, I moved out of Pakistan. Here in America, I hoped to meet open-minded Muslims who would condemn this ongoing persecution that is primarily in the name of Sunni Islam. And I did. I have made friends with numerous Sunni and Shia Muslims, including activists and journalists who boldly and publicly sympathize with the plight of Ahmadi Muslims and oppose Pakistan’s anti-Ahmadi laws in no ambiguous terms. I also met a handful of scholars, like Imam Abdullah Antepli, who embrace Ahmadis as fellow Muslims and publicly condemn their apartheid in Pakistan. 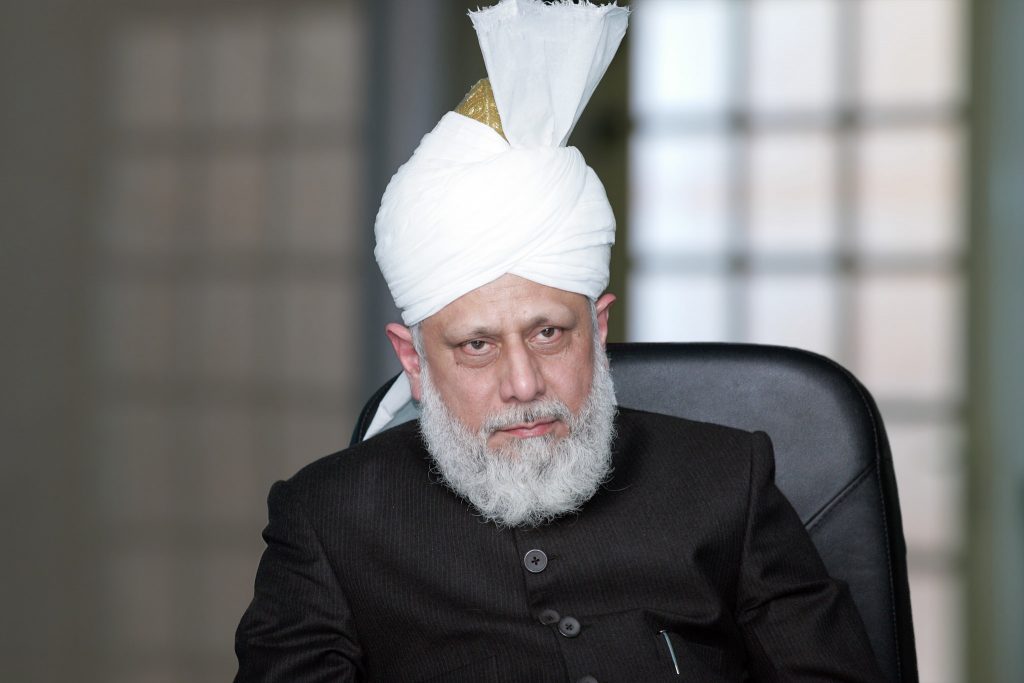 However, I can count on one hand the number of Sunni and Shia imams who have come forward to call out the injustices against Ahmadi Muslims. Some even openly justify Pakistan’s anti-Ahmadi laws. Most prefer silence to a principled stance on this issue. Forget the question of whether these imams identify Ahmadis as Muslim, they have even failed to stand up for the basic human rights, justice and religious freedom of Ahmadi Muslims. This anti-Ahmadi prejudice that permeates the Sunni Muslim leadership is heartbreaking.

The Quran (4:135) commands believers to stand firmly for justice, with complete impartiality and without exception. To preach this emphasis in sermons and yet not speak up against the callous injustices meted out to Ahmadi Muslims across the Sunni world is baffling, if not hypocritical. This apathy is sadly not a sporadic phenomenon. It represents a widespread epidemic affecting the larger Muslim community.

When I question otherwise reasonable imams on their stance on Ahmadi apartheid, most look the other way. The few who respond choose to blurt generic condemnations rather than answer the specific question at hand. For example, Shaikh Hamza Yusuf has said that he believes no one should be persecuted. Imam Zia Sheikh says, “No minority should be persecuted for their beliefs, whether Muslim or not.” And Imam Omar Suleiman says, “I condemn persecution of all types, whether its against Sunnis, Shiites, Ahmadis, Christians, or anyone else.”

These generic responses are very reminiscent of the #AllLivesMatter obfuscation of the #BlackLivesMatter statement.

The majority of Sunni imams refuse to call out the anti-Ahmadi laws that make life hell for 5 million Ahmadi Muslims in Pakistan and many millions more worldwide, and they refuse to concede that Ahmadi Muslims should have the right to self-identify as they choose.

Why such exclusion? Why such prejudice? Why this taboo? How are these clerics and leaders different from those who are apathetic to the Palestinian cause, or from those who respond to the oppression with ritual lip service?

Dear American Sunni leaders, you do not have to agree with Ahmadi Muslims on theology to stand up for their freedoms.  Their rights and freedoms are violated in your name. Therefore, it’s your moral responsibility to stand up against the injustices they face across the Muslim world.

While you continue to support — actively or by choosing to remain silent — the oppression of a whole Muslim community, Prophet Muhammad did the exact opposite. He stood up for the oppressed and delivered justice to all. He was sent as a mercy not only for those he agreed with, but also for the whole of mankind. He was a champion of universal religious liberty.

Therefore, I invite you to the Sunnah of Prophet Muhammad. I call on you to raise your voice, be counted and share your public support for the rights of Ahmadi Muslims in Sunni-majority countries. I call on you to finally absolve yourselves of complicity in one of the world’s cruelest apartheids.

My friend and well-known Muslim activist Linda Sarsour often reiterates that remaining silent and walking on with our lives when we see injustice happening around us makes us complicit.

I hope that imams will heed my invitation and tell the Mullahs who oppress Ahmadi Muslims across the Muslim world: “My faith requires me to speak out against hatred and injustice. You will not pit us against one another.” 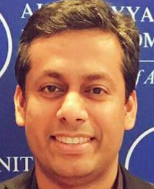 Kashif Chaudhry is a physician, human rights activist and writes for various American and Pakistani publications.