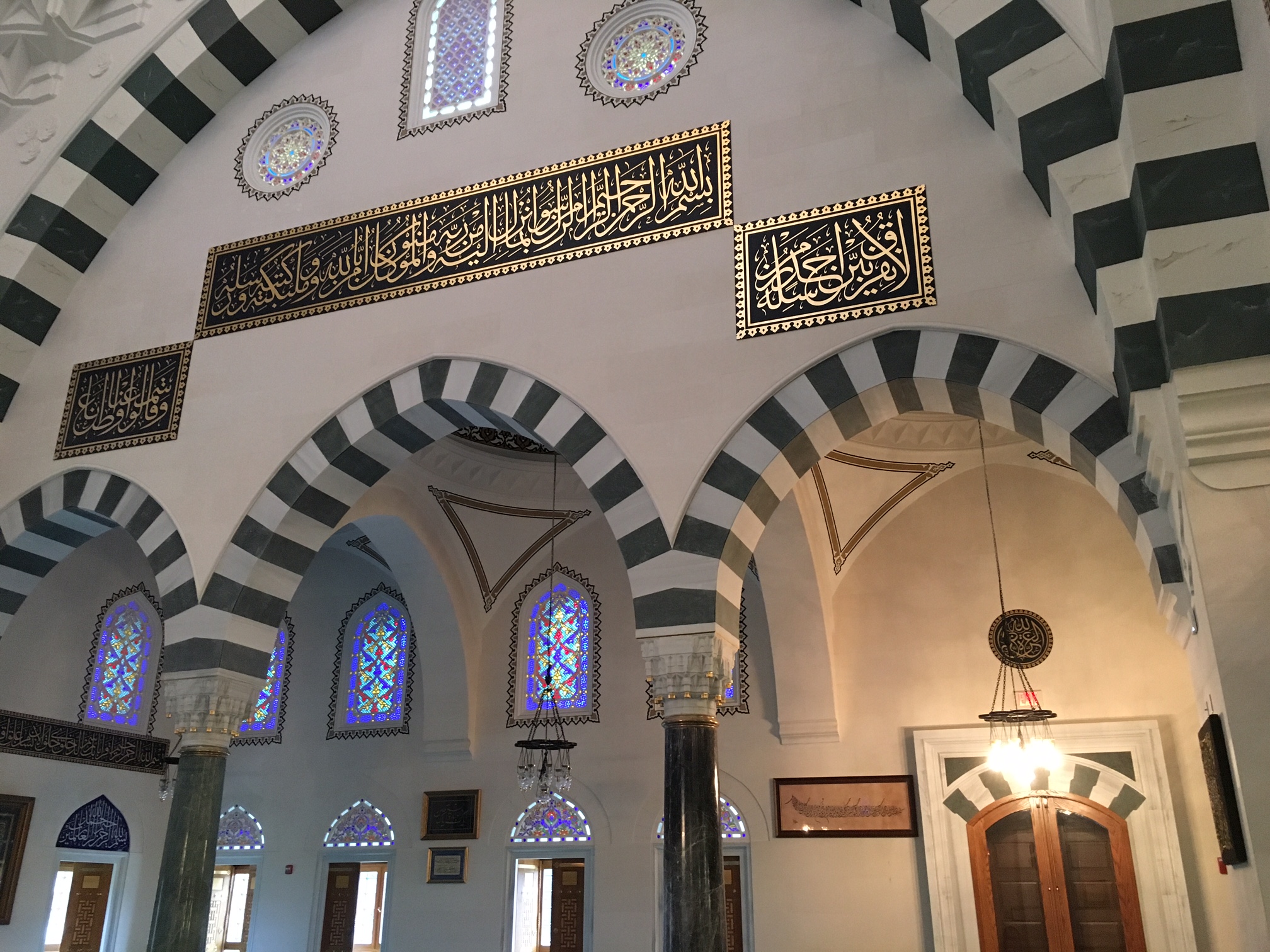 Despite President Barack Obama’s record on counterterrorism and civil liberties issues — including drone strikes that kill innocent civilians and the National Security Agency’s spying on American Muslims — many Muslims were relieved when the “most important public figure in the land” finally visited a mosque in February. In his speech at the Islamic Society of Baltimore, Obama pushed back against the Islamophobia that has characterized the Republican side of the presidential race, condemning the “inexcusable political rhetoric against Muslim Americans that has no place in our country.”

In response, Donald Trump, referencing his long-standing suggestion that Obama is Muslim, sneered, “Maybe he feels comfortable [in a mosque].” Marco Rubio, in a more subtle — and perhaps more insidious — reaction, said that through the visit, Obama was dividing Americans along ethnic, racial and religious lines. “Of course there’s going to be discrimination in America of every kind,” he added. “But the bigger issue is radical Islam.” Rubio thus implied that standing up for equal rights for Muslim Americans will hinder efforts to capture terrorists. Author Max Fisher notes this “suggests that all Muslims should be treated as second-class citizens.”

Such is (part of) U.S. officialdom’s rhetoric regarding Islam in our country, along with horrific hate crimes such as last year’s killing of students Deah Barakat, Yusor Abu-Salha and Razan Abu-Salha in Chapel Hill, North Carolina, and the Obama administration’s policies. And such is the climate in which the Diyanet Center of America, or DCA, exists.

The DCA recently opened in the Washington, D.C., suburb of Lanham, Maryland. The Turkish government mainly funds the Islamic complex, which is one of the largest in the United States. (The Diyanet is the Turkish government’s directorate of religious affairs.) The complex includes a mosque, Turkish baths, a restaurant, outdoor tennis courts, guest villas and a cultural center. 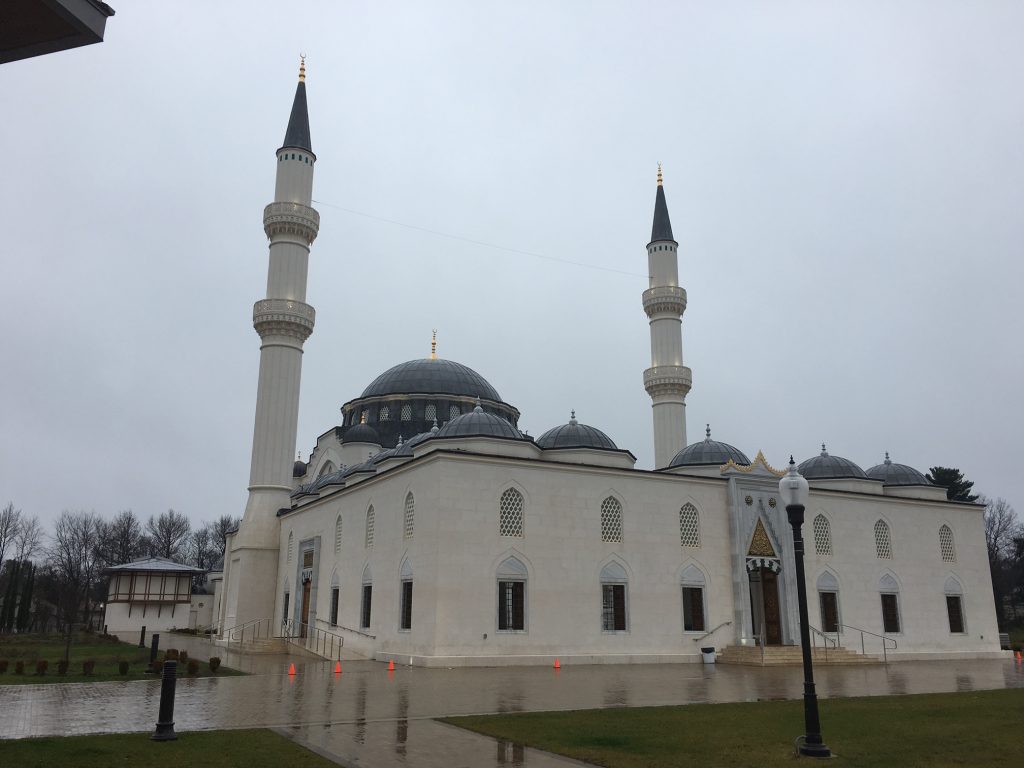 The mosque was constructed with white marble and in a style similar to the mosques of Turkey’s famous 16th-century Ottoman architect Sinan.

My visit to the DCA fell on a cold and rainy Wednesday. Driving down Good Luck Road, on which the complex is situated, the mosque came suddenly and dramatically into view, its two minarets puncturing the gray sky. It was constructed with white marble and in a style similar to the mosques of Turkey’s famous 16th-century Ottoman architect Sinan.

Across from the mosque, in the Cultural Center, I met with DCA Director Dr. Yasar Colak, who said that aside from a few alarmist articles attacking the DCA, the complex has not faced any Islamophobic threats or incidents. But given the political atmosphere, he decided to beef up security anyway.

“We feel very uncomfortable with the rhetoric of the [presidential] candidates,” he said. “I cannot ignore what’s going on in this country.” The DCA hired three police officers to patrol the campus day and night, and installed security cameras throughout the complex. “This costs a lot of money, and I would much rather not turn our community center into a fortified castle. We do not want to be segregated from the rest of society.”

Despite feeling the need for such precautions, Colak said that on a local level, the DCA has generally felt welcomed by the Lanham community. Before construction began in 2012, DCA leaders spoke at neighborhood churches and Hindu temples to explain plans for the complex, specifically “how it would add diversity” to the area. The DCA also asked local residents at a hearing whether they would accept the center. “We were able to persuade our neighbors that this campus would serve as an abode of peace,” Colak said. “We are very grateful to them.” 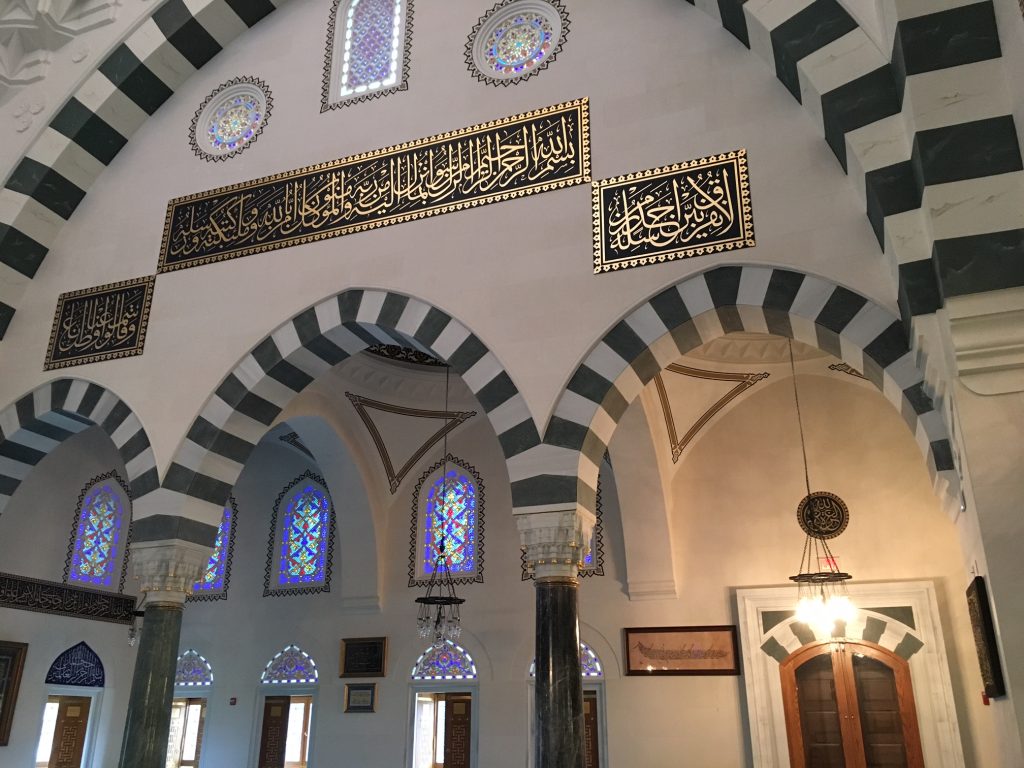 Local organizations have also been welcoming, or at least tolerant of, the DCA. The Veterans of Foreign Wars (VFW) branch on Good Luck Road and the nearby SDA Seabrook Church allow the center to use their parking lots for overflow during Ramadan. Gregory Jackson, chairman of the Good Luck Road VFW, likens the arrangement to more of a business deal. “They fulfill their end of the bargain, and we fulfill ours,” he said, referring to the fee that the DCA pays the VFW for the service. Pastor Damein Johnson of SDA Seabrook Church, however, had more positive things to say. “We felt that sharing our lot with the Center was a good way of conveying that we value our neighbors,” he said, adding that the DCA recently invited his pastoral team and congregation to attend an open house tour and luncheon. “One of our ministry leaders went,” he said, “and was very impressed with the hospitality.”

Beyond these local successes, Colak says that the DCA simply representing Islam is the way to confront Islamophobia. He’s talking about representing Turkey’s version of Islam, which he describes as based on the sources of Islam, mainly the Quran, but clear about living in “modern times.” “If we achieve this compromise between tradition and modernity,” he said, “it will be the best response to those who seek to harm Muslims and present Islam as an object of hate.” 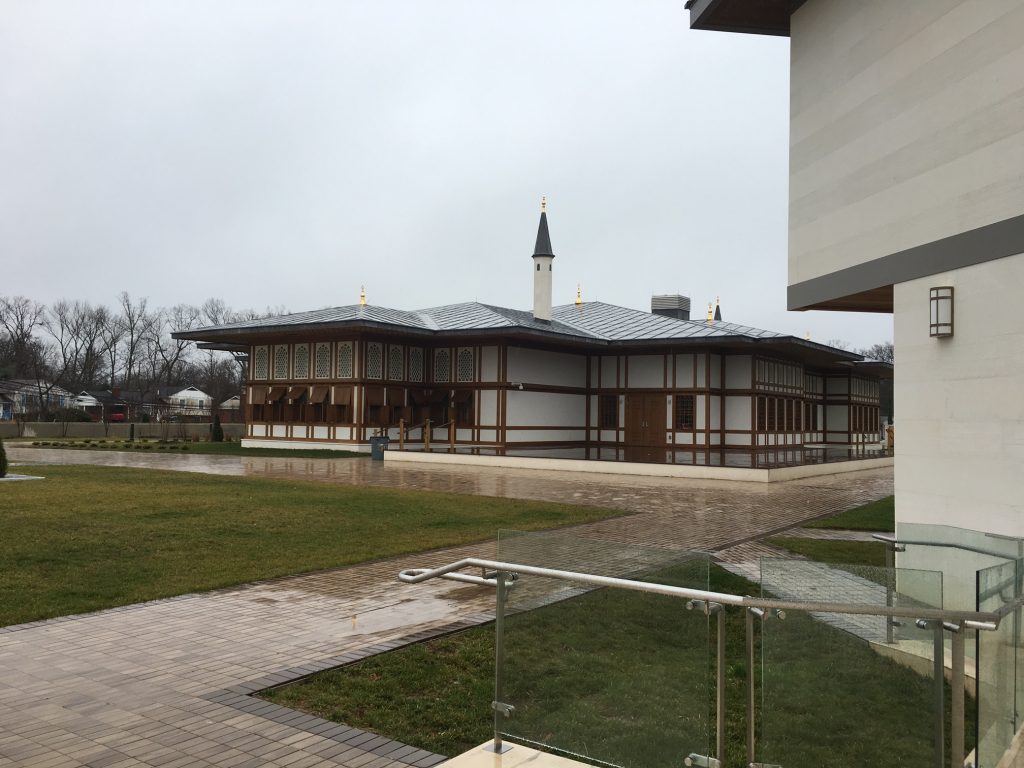 The restaurant at the center.

As such, the title and content of Friday sermons at the DCA mosque are overseen to ensure the message is moderate. Colak added that a large part of fostering this form of Islam is through the youth, which is why the center has such sports facilities as a basketball court and swimming pool. “If the young people do not come here, how can we reach out to them?” he asked.

Colak admits that this strategy has its limitations; it will take a long time and a lot of work to spread its message. The DCA hopes to open a research center and employ scholars, as well as establish a school in which imams can be trained. “We are at the beginning,” he said, “but we aim to create a model that others can use.” (It should be noted that some analysts are skeptical of such a project, accusing the Turkish government of using the Diyanet to promote conservatism at home and abroad, as well as to mobilize religion for political ends.)

While such efforts will likely help counter Islamophobia incrementally on a local level, national-level discourse is needed to make a difference on a larger scale. Multiple studies have shown that the rhetoric of politicians and other leaders influences public opinion. Scholar Christopher Smith tracked anti-Islamic sentiment post-9/11 and found that public opinion shifted at one point to a more accepting view of Muslim Americans apparently “from a bipartisan effort by government and media to avert discrimination by framing Islam in a positive way.”

If our politicians and the media can again work to put forth more tolerant rhetoric regarding Muslim Americans, spaces and initiatives like the DCA would surely benefit. Though the DCA’s representation of Islam may aid in showing the religion to be a “modern” and tolerant one undeserving of vilification, the center’s influence is rather limited. Only with a national campaign led by government and media officials and with active participation by various mosques and Islamic centers across the U.S. might we see a stronger and more immediate mitigation of the Islamophobia that is thriving in mainstream American discourse. In such a scenario, Obama’s mosque visit would only be the beginning. 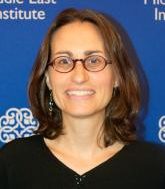 Mimi Kirk is a writer and editor based in Washington, D.C.