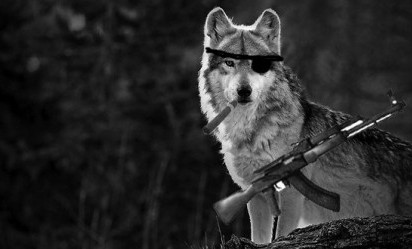 The Obama administration’s recent summit on Countering Violent Extremism perpetuated an age old American tradition – conflating violence abroad with violence at home.  As Americans with origins from conflict zones, Muslims are facing the brunt of anxieties arising out of the violence gripping the Middle East.

With every news report of a horrendous beheading by ISIS, the image of “the Muslim terrorist” becomes further solidified in the American psyche.  This generates unfounded fears of American Muslims as threats to our immediate safety.  In turn, the frenzied discourse surrounding counterterrorism funnels hundreds of millions of dollars into law enforcement’s targeting of Muslim American communities as suspected hotbeds for terrorism.

The fundamental problem with this narrative is that it is belied by the facts.  Of the domestic terrorist attacks or foiled attacks that occur every 34 days, most have no relation to Islam.

Multiple studies have concluded that the vast majority of domestic terrorism is conducted by persons who do not identify as Muslim, not counting the September 11thattacks.  One study found that from 1990 to 2013, over 4400 violent attacks were committed by individuals and groups that subscribe to far right ideologies including white supremacy, anti-federalism, and fundamental religious movements.  These attacks killed more than 360 people, including 50 police officers.

That most domestic terrorist attacks are carried out by a single individual is another key fact frequently ignored.  A recent study by the Southern Poverty Law Center found that 74% of terrorists attacks committed between 2009 and 2015 were carried out by one person, and 90% were committed by one or two individuals acting alone.  Forty-nine percent of the attacks studied were motivated by antigovernment ideologies within a broader “Patriot” movement affiliated with the extreme political right.  The remaining 51% of attacks were based on ideologies of hate ranging from extremist interpretations of Islam and white supremacy to misogyny.

To be sure, not all those who subscribe to far right ideologies turn to violence to act on their beliefs. Indeed, a study by the Institute for Social Policy and Understanding found that a relatively small number of lawmakers who self-identify with the far right are sponsoring a slew of restrictive laws that disproportionately impact African Americans, women, Muslims, and Latinos.   Specifically, the same Republican state legislators are co-sponsoring anti-immigration laws, anti-Muslim laws thinly veiled as anti-foreign law legislation, strict Voter ID laws, and Right-to-Work laws.

These developments in violent and non-violent acts originating out of the far right evince a deep anxiety around the changing demographic nature of American society.   While most Americans embrace the diversity and cultural richness produced by a nation with no racial majority, a critical mass of Americans are anxious that their prospective racial minority status will place them on the losing end of America’s structural inequality.

These anxieties have converged onto Muslim communities, and as a result, individual Muslims have paid a heavy price in the form of hate crimes, workplace discrimination, and school bullying.  Their political vulnerability as a minority that constitutes 4-6% of the U.S. population, most of whom are relatively new immigrants without established advocacy groups, coupled with the violence in the Middle East makes them an easy target.

Government agencies, thus, waste hundreds of millions securitizing Muslim communities through mass surveillance, sting operations run by agent provocateurs, and infiltrating mosques – despite facts proving that domestic terrorism is not planned in mosques, community organizations, or large groups.  Nor is the vast majority of domestic terrorism carried out by persons identifying as Muslim.

It remains to be seen whether all the pomp and fanfare surrounding the White House’s Summit on Countering Violent Extremism will reform domestic counterterrorism based on the facts or simply perpetuate rights-violating policies that are more about alleviating the far right’s anxieties of America’s changing demographics than keeping the nation safe. 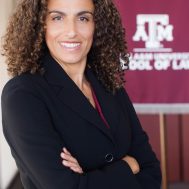 Sahar Aziz is associate professor at Texas A&M School of Law and a fellow with the Institute for Social Policy and Understanding.