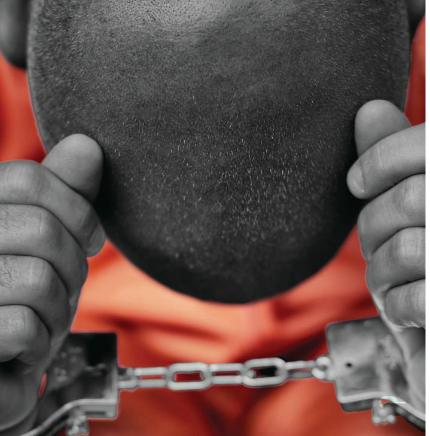 My husband, interrogated by U.S. agents and missing

Sharif Mobley is a father of two from New Jersey who has been missing in custody in Yemen since February 2014. His disappearance follows a 5-year ordeal that began in 2010 when he was kidnapped by unidentified gunmen in the Yemeni capital, Sana’a. Following his kidnap, Mobley was secretly interrogated by U.S. agents, his lawyers at human rights organization Reprieve have established. His disappearance in February took place the day before his Yemeni lawyer was due to present evidence of U.S. authorities’ role in his detention.

January will mark the five-year anniversary of the morning my husband Sharif went shopping at a market down the street. He never came home. Moments after buying cereal for our infant son and toddler daughter, a white van pulled up beside my husband and a group of armed men jumped out. Sharif managed to run before they shot him in the leg, bundled him into the van, and put him in the first of a series of cages throughout Yemen.

I reported my husband’s kidnapping to the U.S. embassy that day. Considering we are both U.S. citizens, born and raised in the Mid-Atlantic states of New Jersey and Pennsylvania, of course I assumed at the time that my best option was to go to my government’s representatives immediately. The consular officials I spoke with over the phone offered me no help and instead told me to speak to local police. At  1 a.m the following morning, a group of 20 soldiers and plainclothes police burst into our front door and raided our house, holding me and my 5-year-old daughter and infant son at gunpoint. I was 21 years old.

Even before the day my husband was kidnapped, we had grown suspicious of our surroundings. Yemen was devolving into chaos  — we had decided months before to leave the country and return home to Philadelphia. In the weeks leading to Sharif’s abduction, our numerous attempts at securing a visa for our infant son were stonewalled by U.S. embassy officials.  Six weeks after Sharif’s kidnapping, our son received his passport. Knowing that it was what Sharif wanted, I soon moved with our children back to the United States, while my husband remained detained far beyond the reach of the law.

The children always ask about their father. I keep Sharif’s memory very much alive through telling them stories about their dad. I tell them about how we met in a Quran-memorization class geared toward children, or about the time he gave me his childhood karate gi to wear whenever he’d give me an impromptu karate lesson. I often tell them about all the times Sharif and I would get separated somewhere in Philadelphia and I would look around, see a big crowd and just know that somehow Sharif was in the middle of it.

Our son Yehya doesn’t remember those early days, but our daughter Juwayriya does. When I first told Sharif I was pregnant, he was really excited by the prospect of having a boy. He used to say, “I hope it’s a boy, I hope it’s a boy,” just like any other man who finds out that he is about to be a father. When we got the ultrasound done and found out we were going to have a girl, I looked over at Sharif, expecting him to be disappointed. Instead, he was so happy and jumping for joy. He just said, “My heart changed. I’m so excited!”

They had the typical father-daughter relationship — she could never do anything wrong in his eyes. She could never get into any trouble and he could never discipline her without immediately apologizing.  He’d start to tell her “don’t do that,” and all she would have to do is put on a little pouty face and he would say “I’m so sorry, I’m so sorry!” and put her up on his shoulders. That was their thing — he never carried Juwayriya in his arms, he always put her on his shoulders.

Sharif spent a lot of time reading to his daughter. Her favourite book, which was just as likely his favourite book, was Guess How Much I Love You. I kept that book until just a few weeks ago. When U.S. embassy officials told me they were going to meet with Sharif,  I put together a care package and sent him the book to read.

My husband is such a family-oriented man that it hurts me to watch his children grow up without him. They’re getting bigger and older and enjoying different hobbies, and he can’t be a part of it. I know for a fact that if he were here with us today, he would be one of those soccer dads — he’d take everyone to their different activities and make sure they’re involved and engaged in something fun. It hurts to see the children reaching all these milestones and doing all these special things when their father can’t be a part of it. They can’t wait until the day their dad comes home. They even have a list of all the things they’re going to do when he returns. 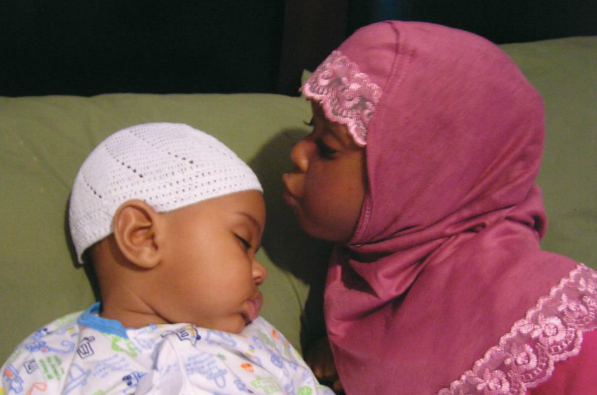 I wake up every morning and have to remind myself that Sharif isn’t here with me. I guess I thought I would be used to his absence by now. It’s been almost five years and still, every day, it’s like a part of me has to say, “Oh, Sharif isn’t here.”  Although I have to make our children believe that mommy is okay and that one day everything will be alright, in reality I don’t know that. How can I? It’s particularly difficult for me because Sharif was my best friend. I was 17 when we met, 18 when we married, and he was the only person I ever had a deep relationship with. We did everything together — he would even invite me to go along when he would hang out with his boys. Wherever he went, he wanted me to be there too. All his friends used to tease him when we would show up together to the playground and he’d go play basketball, but he didn’t care.

Financially, it’s difficult because he was a very good provider for us. I have to put aside the things I want to provide our children with the things they need. Not necessarily the things they want, but what they need, because we have to live on a very strict budget due to my own very limited financial resources. I had to move in with my mother when we returned to the U.S., so I don’t have the privacy of my own home anymore. There are a lot of things that I imagined I would have accomplished now that I’m 27. I know some would consider 27 to be very young, but I have friends who have bachelor’s degrees. I got married at 18 and always thought that 10 years later, I would have my own place and other things in life. 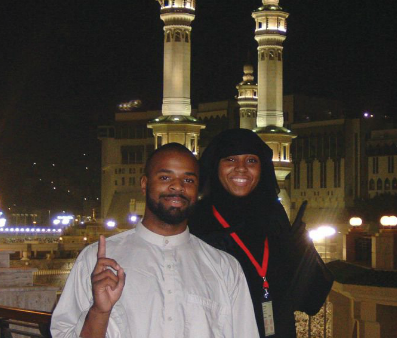 I try to show the children that everything will be okay so they won’t worry, but I sometimes have to prepare myself for a bleaker scenario. I have to think of the worst thing that could happen to prepare myself for a conversation I may have to have with our children. Even though we’ve been waiting and anticipating his homecoming, I’ve got to come up with the strength to sit them down and tell them “Baba is not going to come home and you’re not ever going to see him.” Those thoughts are the most painful, but I have to be prepared for that possibility.

Not having my partner and best friend is difficult and having to do things on my own — managing our children and working — is tough. When you’re a mom, your children brighten up your day. They make things better and enrich my life now that Sharif is absent. It’s them who I pray with and it’s them who I go everywhere with. We have a lot of fun together and really, they give me the strength to go on. Being both a mother and a woman here in America is tough, but I come from a strong line of women. I feel like we as African-American people have been through so much hardship in American history — so many difficulties and different situations that mirror the one I am in now — that it’s kind of in my blood to be strong and survive. I thank my mother and my grandmother because I think there’s a lot of strength in my blood that helps me persevere.

I really look forward to the day Sharif can be reunited with his family because I know that like me, the two most important things in his life are his family and his faith. I’m able to manage every day because of my faith. I can tell our story openly and not fear anything and not be overwhelmed with sadness or grief because of my faith. Although sometimes I cry, I never find myself to be depressed. I may not have my husband and my best friend, but I have my faith.

Nzinga writes about her husband Sharif Mobley who has been missing for some time.